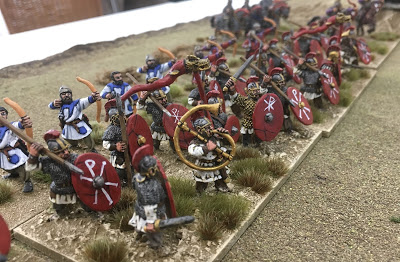 You Can Never Play Enough Ancients

Last Sunday afternoon Myself and a good friend, Dave Lowes, played a great little Ancient Impetvs game of Late Roman vs Later Period Parthians. Both armies where close to 400pts each and that was without paying for Generals as I used the basic system, which I think works out just fine. So in total I think the Romans consisted of 1 x CM, 1 x CP and two CP Allied Sarmatian Lancers, 4 x CL, 2 x FP, 4 x FL,  2 x S and a scorpion. A very nice little army with plenty of cavalry to at least put up a reasonable fight against the Parthians. 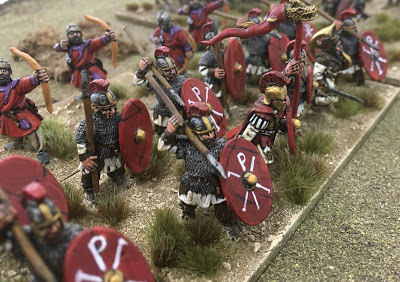 On the other side of the table the Parthian Army consisted of 7 x CP, 9 x CL and 2 x S. This was a nasty little army especially because of all the heavy cavalry and light horse with composite bows. Initially the battle went quite well for the Parthians as they were very quickly defeated almost all of the Roman light cavalry. However the Allied Sarmatian lancers proved very strong and stopped the Parthian right wing dead in its’ tracks. 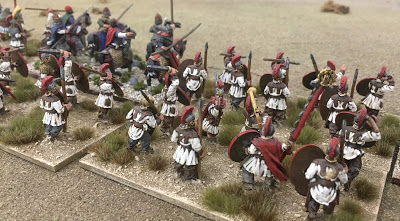 However on the Parthian left flank the swiftness of their cavalry soon swept around the flanks of the slow moving Roman infantry and made a few small but mostly unsuccessful charges into their exposed flanks. In the end the Sarmatian cavalry and the Roman Legionaries proved too good in hand to hand combat and thus eventually won the upper hand by slowly defeating seven of the Parthian light cavalry and two heavy cavalry units.

Roman Scorpions engage the Parthian light cavalry but prove ineffective for much of the game. 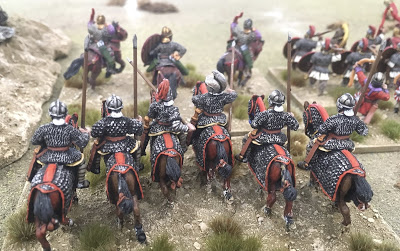 The Roman Heavy Cavalry were very nasty and were a rock for the Roman Army in this game. 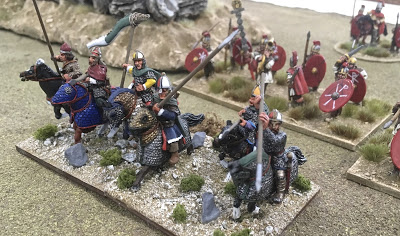 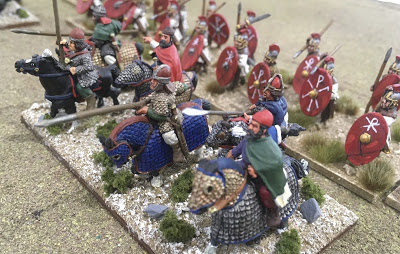 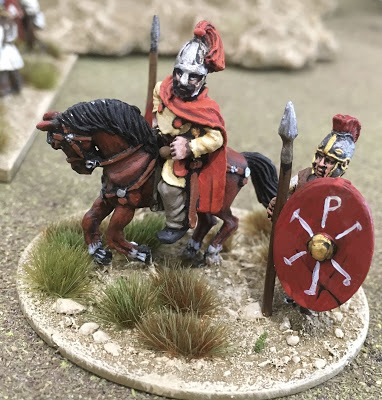 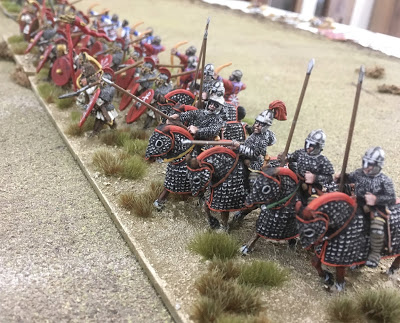 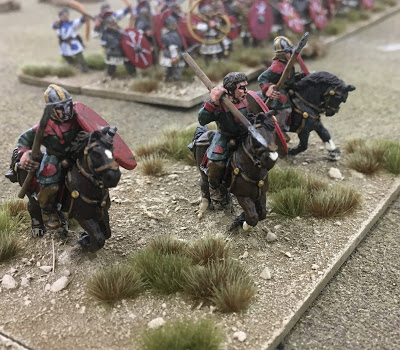 The Romans fielded three units of CL with javelin…not that effective when facing other light cavalry armies. 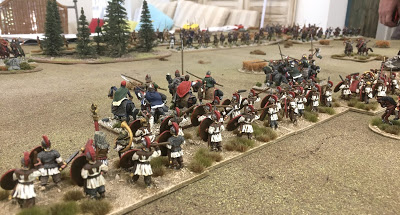 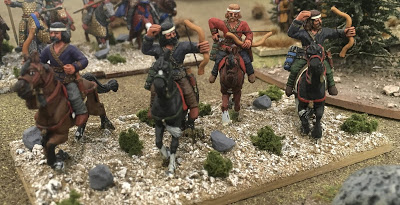 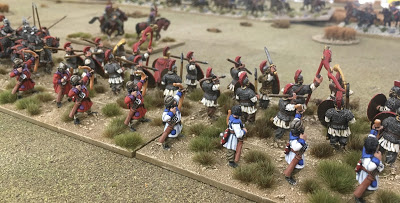 Two Legionnaire units with archers in support. it proved very handy for the Roman player to keep his archers behind a solid line of heavy foot. Romans Archers fielded this way do not suffer the -2 when firing over the head of supporting units. 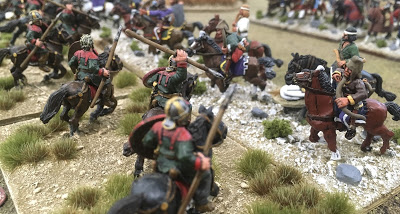 Failing to do any damage with javelins the Roman CL charge the Parthian Horse Archers. 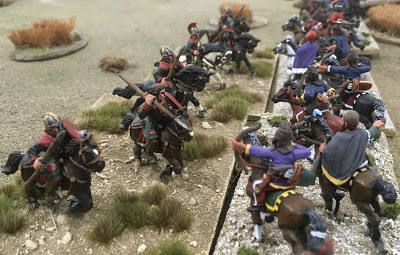 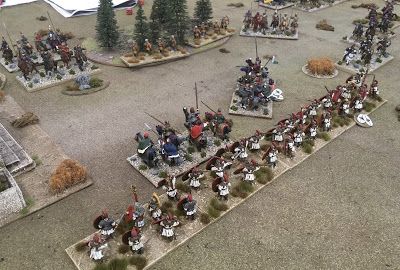 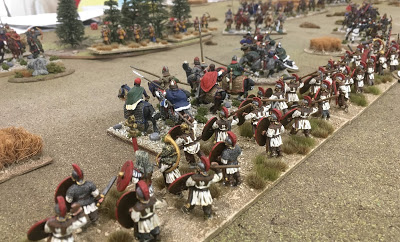 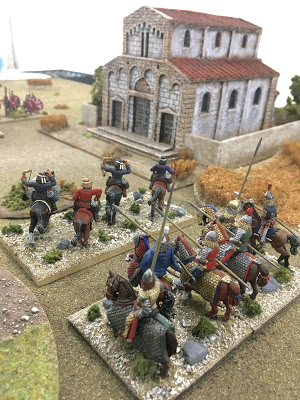 Shielded by light cavalry a unit of Parthian heavy cavalry tries to sneak around the Roman left flank. 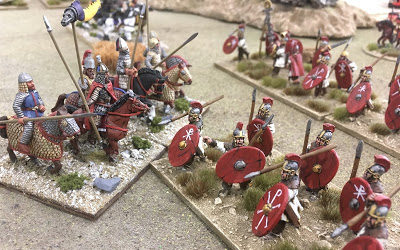 Even when charging the Roman Auxiliaries they proved very hard to defeat. 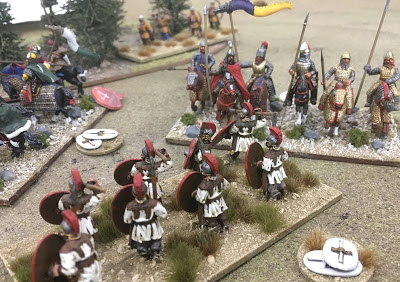 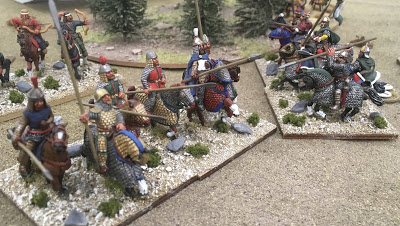 Clash of the heavies. On both occasions the my Parthian cavalry came off second best. 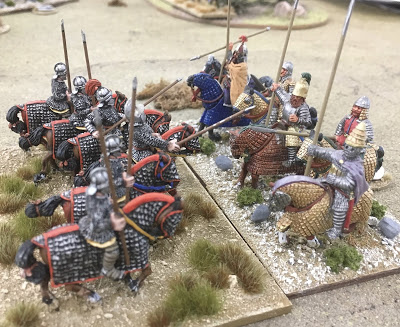 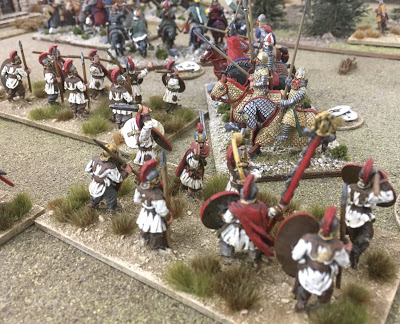 Caught and charged by two units is never good. 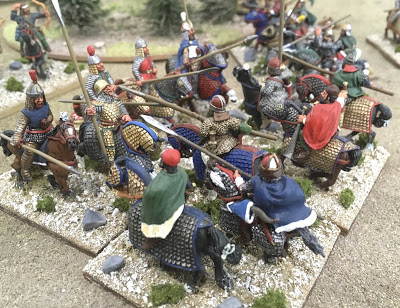 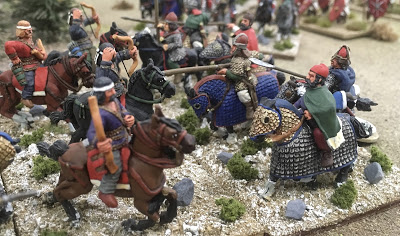 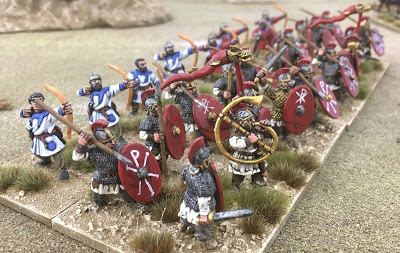 When charged in the flank these stout Roman Legionnaires proved very tough. 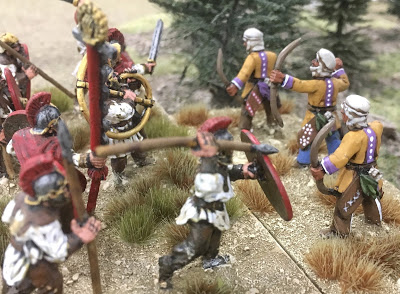 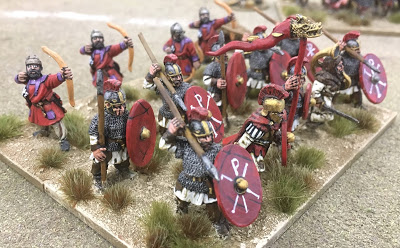 No matter how hard I tried my cavalry were eventually beaten by the tough Roman infantry…note to self ‘Stay away from them’. 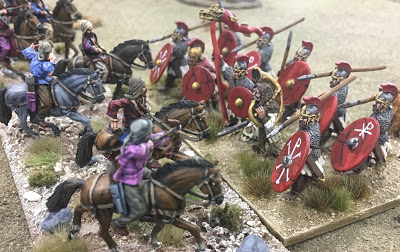 15 thoughts on “You Can Never Play Enough Ancients”