I managed to snap a few photos of the nice little Dead Man’s Hand game that Tim Jolly and Harrison Smith played during the week. This a great game to play if you just want to have a little fun. As long as you have a few buildings and some other terrain for the gangs to use as cover plus of course a gang to play with then the game is on. I believe the majority of the buildings are from 4Ground and a couple of others from Grandmanner. All in all, they make for a great table set up.

Tim and Harrision fought it out in the streets of the medium sized western town. I believe Tim won the nights shoot out against Harrison’s Renegades. Well done Tim. 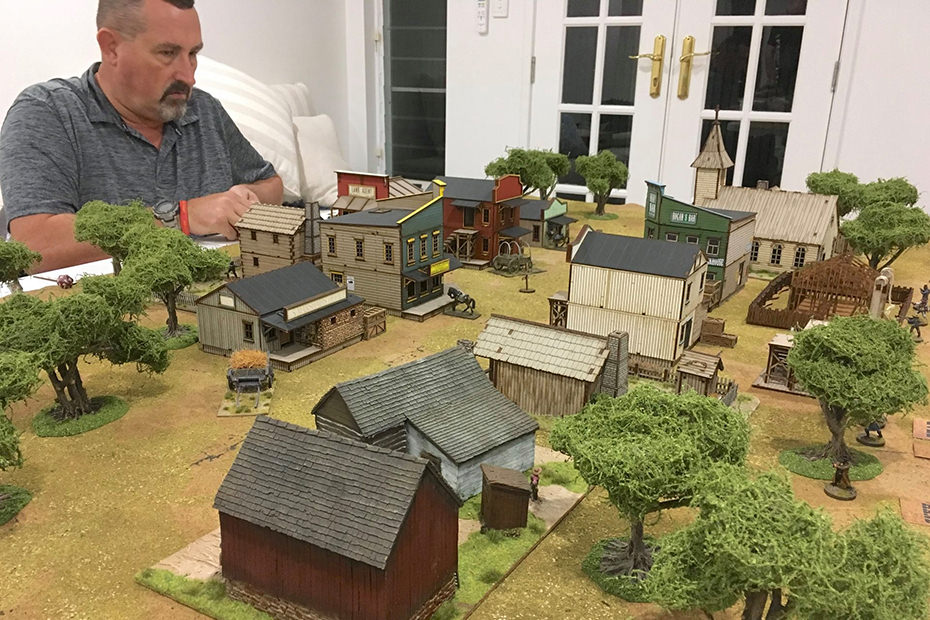