The weekend before I headed back over to my second home in PNG I caught up with my very good friend Scott Robertson, who was responsible for getting me involved with wargaming 22 years ago….he also happened to be my section commander when we had both served together in the Army, again so many years ago. However this weekend not only did we talk about the old times but managed to have small game of Impetvs with Scotts Viking and Anglo-Saxon Dark Age Armies. 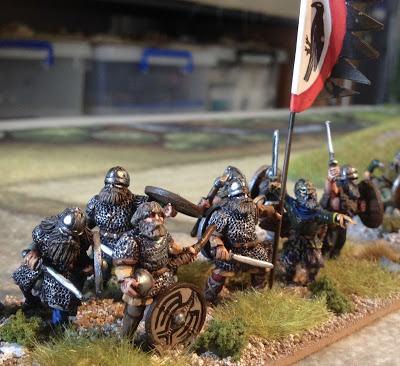 The majority of the Viking were painted by me 20 years ago when Scott and I were living in the UK for a few months and during those numerous overcast and raining days we got out the paint brushes and splashed a little paint. Since then however Scott has applied a light ink wash and rebased the lads for Impetvs (they were once based for Warhammer Ancients). 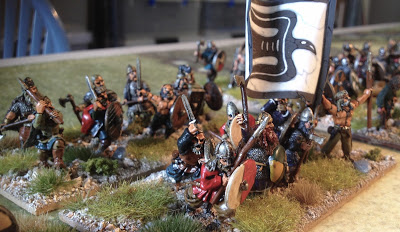 The game we played was for the Basic Impetvs rules and Army lists, however we double the Army size of both sides just to increase the numbers and look of the game. The was short and sweet lasting no longer then one & half hours, with and Anglo-Saxon victory….even after their Warlord was slain. 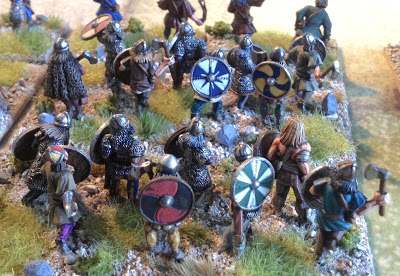 Viking Odalsbondi advance toward the Anglo-Saxons 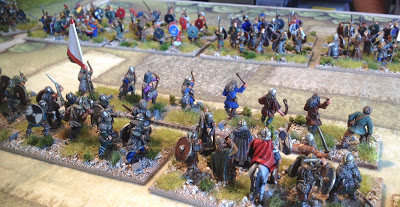 As the Danes advance the Saxons form a shieldwall. 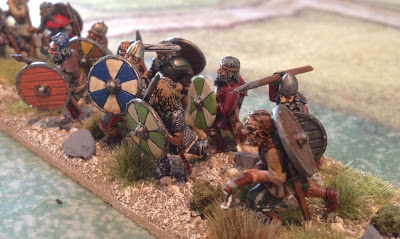 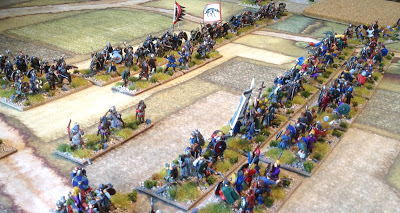 The battle lines face each other and pass a few nasty words between each other. 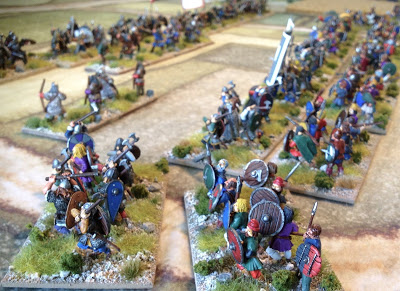 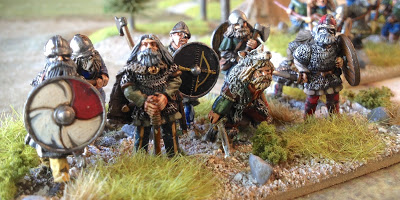 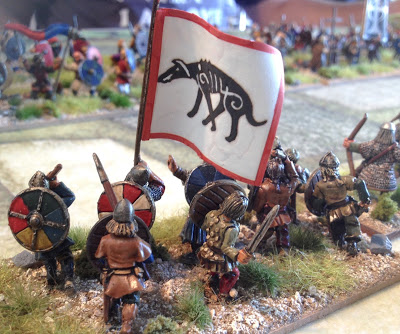 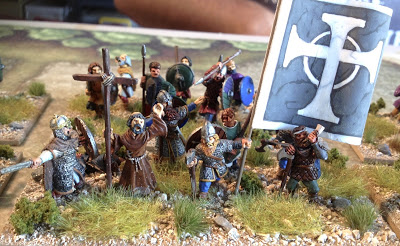 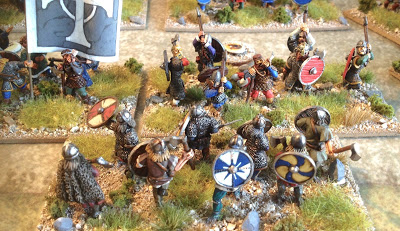 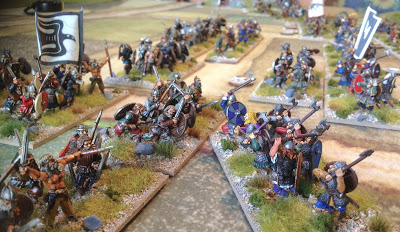 The battle commences in ernest. 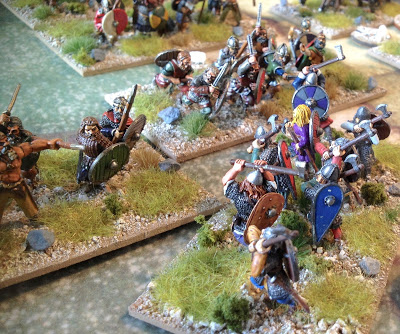 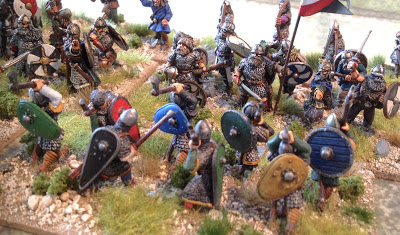 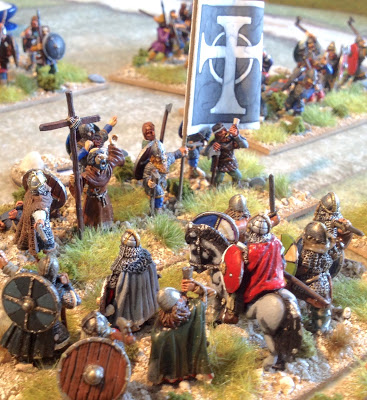 Viking Warlord against Saxon Warlord…the Saxon Warlord is killed and his personnel bodyguard killed to a man.

However instead of the Saxon fleeing the field as the Danes thought they would, it only increased their bloodlust to push the dreaded invaders back to their ships. 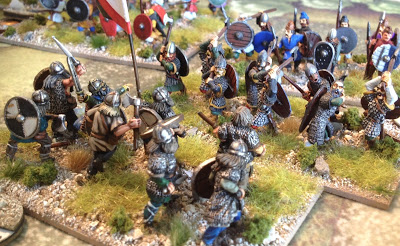