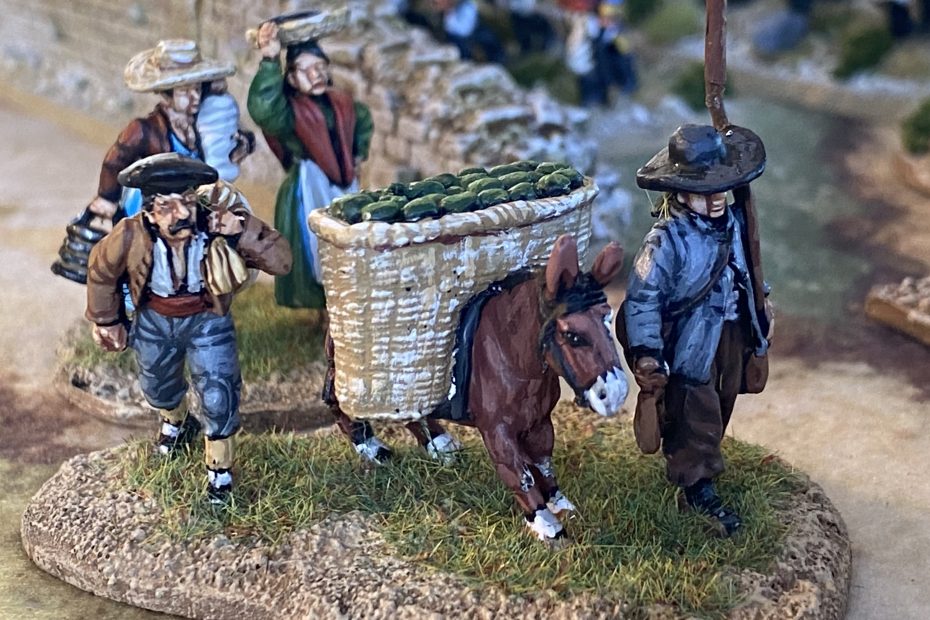 A few weekends ago, whilst I was away, I was fortunate enough to catch up with Scott Robertson. Scott is a founding member of Elite Miniatures Australia. He is still a mad wargamer. This was fantastic for me as we played a great little Napoleonic game with some of Scott’s collection.

We were not too sure of what rules we should play so we just used the Impetvs Basic Battle set, free for download from their website. The rule set was not ideal for a Napoleonic battle. But, it does suit really well for a quick afternoon game and is easy to pick up and play.

Normally I use Black Powder, but we did not have a set at the time. The game flowed quite well with both the Spanish and French advancing on all fronts. With, the French heavy cavalry brigade was the first to taste victory. After a few charges, they managed to easily defeat and force the Spanish cavalry from the field.

In the centre, French light cavalry tried to break a Spanish square. Forced back after repeated charges. They diverted back into the French reserve until another opportunity arose. Unfortunately, these charges had allowed for the French Infantry to advance almost unobstructed and closed quickly with the Spanish infantry on that side of the battleground.

The battle could have gone either way as the Spanish had positioned their best troops in the centre but after a few turns, the French superiority in cavalry and infantry quality forced the Spanish Guard troops and converged Grenadiers to break.

Across the other side of the battlefield, the battle went more so in the Spanish favour. French infantry attacked in their customary mix of line/column formations and managed to push back some Spanish battalions. However, the Spanish had the numbers on this side of the field and eventually broke through the French line, only to discover half of their army had already been defeated. It was a bitter blow for the victorious Spanish troops on that flank. So, they reluctantly withdrew from the field leaving the French commander in possession of the battlefield.