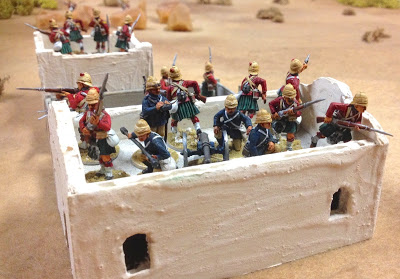 The Sword & The Flame with Gerry Webb in the Sudan

Tags:The Sword and the Flame

Whilst on a little family holiday with my wife and youngest daughter, I was fortunate enough to catch up with Gerry Webb of Castaway Arts. Gerry has been a very good friend of mine for a number of years now and when ever I get a chance to visit Cairns up in Far North Queensland, I try to call by and hopefully have a game of The Sword and the Flame’. This time I was very lucky…not only did we play a game but Gerry’s lovely wife cooked some mighty fine pizza, which was washed down with some of Gerry’s home brew. 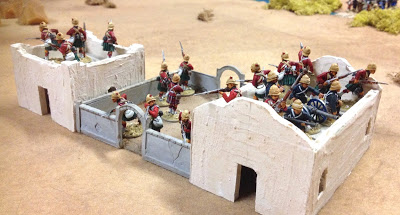 After dinner Gerry introduced the scenario for the nights game, which was for a small British company, defending a small fort to hold against two large units of warriors, cavalry and an old muzzle loader. In support they had one small artillery piece and a company of irregulars. The Imperial forces were to defend the small fort and inflict as many casualties on the Mahdist troops as possible. 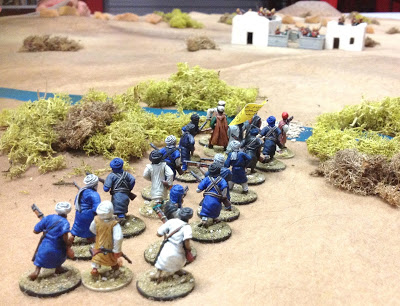 The game started well for the British and their irregular allies…however the irregulars were required to cover a large open area in order to reach the safety of the fort. That area just happened to be covered by some fierce mounted warriors on fast desert ponies. 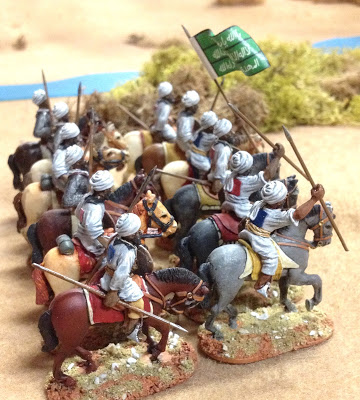 Some of Gerry’s Mahdist cavalry

And did I mention Gerry also had rifle armed warriors in the hills who were able to shoot down on my troops in the fort. 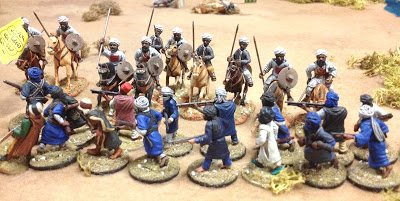 Our second turn of the game saw both the mounted warriors and Beya warriors attempt to charge into the flank of the irregulars, however my lads stood firm (bless their cotton socks), turn and faced and even fired a small but ineffective volley. This action however seemed to have taken the wind out of the Mahdi hoards and they stop short…..well for this turn anyway. 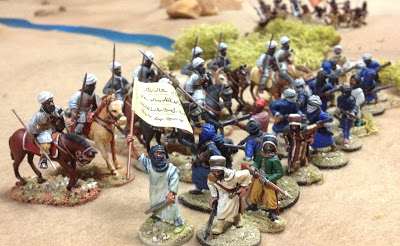 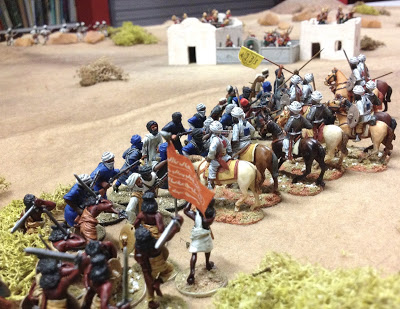 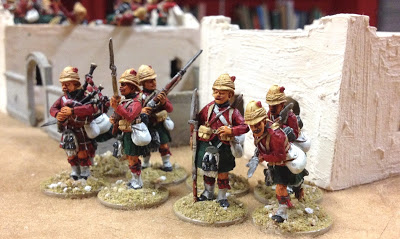 The next turn however was a different matter. Gerry’s boys managed to gather up the courage and this time charged home into the irregulars. My irregulars held firm and again fired a ragged volley into the charging warriors. I also sent a half company out for support. 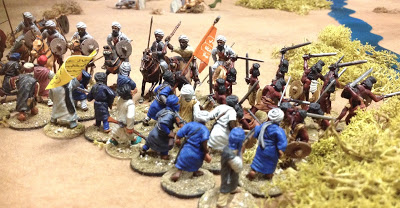 The irregulars managed to put up a small but determined fight only to loose five men killed and three wounded but were soon running across the desert with beya warriors close at their heels. 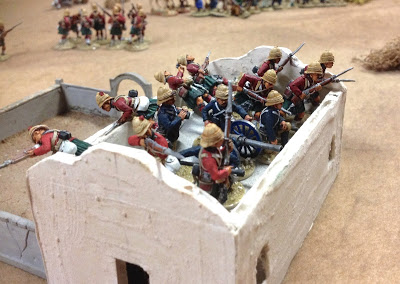 Meanwhile back at the fort my other boys were under some very heavy fire. The company commander was one of the first of six to fall wounded to their fire. However the artillery crew and their little mountain gun managed to score a number of direct hits on the Mahdist gun and either wounded or killed the crew (well done lads). The good sergeant brings up his lads in support but just a little too late to support the irregulars. 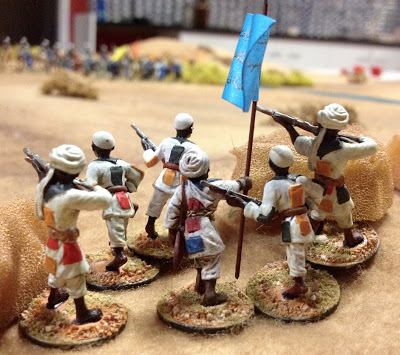 Gerry’s Kordofan Riflemen firing from the heights into the fort. 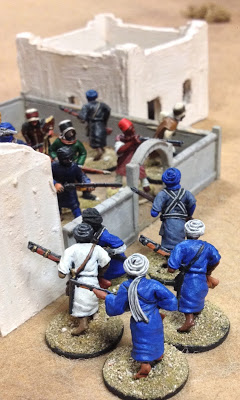 Who so happen to out run the beya warriors and race into the fort…. 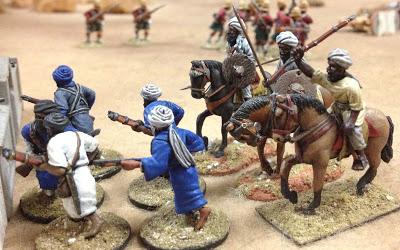 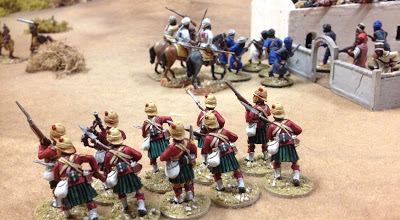 My good sergeant then has the great idea to fire at the mounted Mahdists but unfortunately one of his lads gets some sand in his eye and fired a little too low….wounding another of the irregulars. 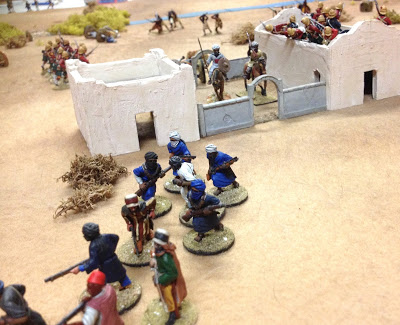 The irregulars again flee, this time out the other side of the fort and back out into the desert…..meanwhile Gerry is laughing.

But the end is near and finally the good sergeant and his lads do some good by shooting down the last charge of Gerry’s beya warriors. My irregular even manage to out distance the last two mounted warriors and we held the fort…a win to the British Empire. 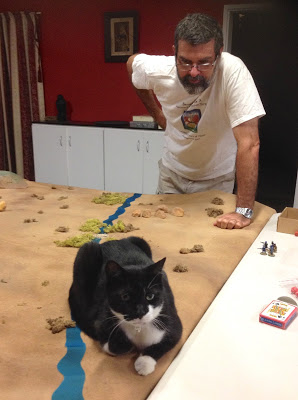 Oh that was until the cat monster jumped up onto the table and took the field for himself.