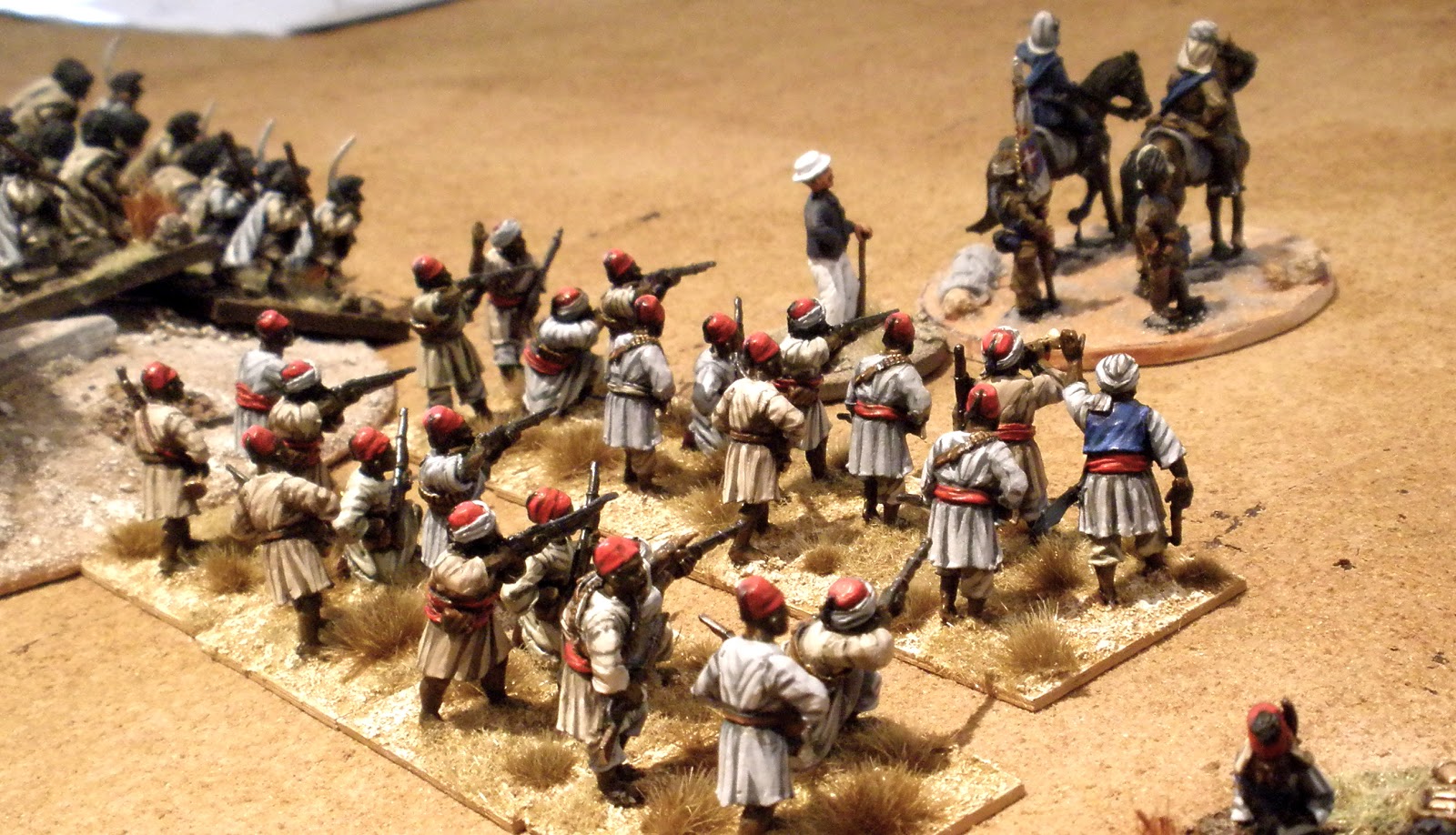 The Day before Christmas – Death in Abyssinia

What did the boys get up to the day before Christmas? Well, I and a few of the Lonely Gamer Boys (John, Jeff, Damian, and Brian) played a small 820pt game of Colonial Fortune and Glory. It was a game to test out how John, freshly painted, colonial Italians and Askari play against the invading Sudanese Army.

At first, the Mahdi forces look overwhelming in numbers of infantry and cavalry. However, as the hordes drew nearer John and Damian’s artillery and rifle fire began to inflict heavy causalities on the fast approaching mass.

The Italian Line infantry can under repeated cavalry charges from elite Dervish cavalry and a company of these fine Italian boys were wiped out to a man never to see their homes again.

However the two remaining Italian infantry companies fire devastating volleys into the charging cavalry and brought them to a halt.

Dervish forces charge Italian allied Abyssinian tribesmen only to be beaten back twice before retreating from the field.

The final Dervish attack for the game was onto the township itself, which was held by two Italian Askari units. The Askari forced them back twice but were finally pushed out of the town leaving the Dervish forces in command.

In the end, the game played well, but the colonial player needs to have a few units of line troops and at least a unit of cavalry to effectively force defeats on the warrior armies of Africa. For the native nations flank and rear support is essential to ensure you make your units strong in order to take on the causalities you will receive from the rapid firing breach loaders of the modern European Colonial Armies.

5 thoughts on “The Day before Christmas – Death in Abyssinia”