Last Sunday the lads at the club played a magnificent World War One (WW1) game based loosely on the charge of the Australian Light Horse (ALH) at Beersheba on 31 Oct 1917.

It was one of the most outstanding charges during the war – I did not say ‘cavalry charge’ as the ALH were mounted infantry and charged with their 18 inch bayonets (not swords). During the actual charge, two ALH regiments charged the Turkish trenches across open ground, under artillery and small arms fire to successfully capture the town of Beersheba.

Our game replicated the charge, but of course, with smaller numbers and a rather condensed battlefield as the township was quite a distance from the trenches.

The game was put on by John Maguire, who was also the very lucky owner of the terrain and figures utilised for the game. Thanks also to Jeff and Harrison Smith, Dave Lowe, and Tim Jolly for commanding troops on all sides. 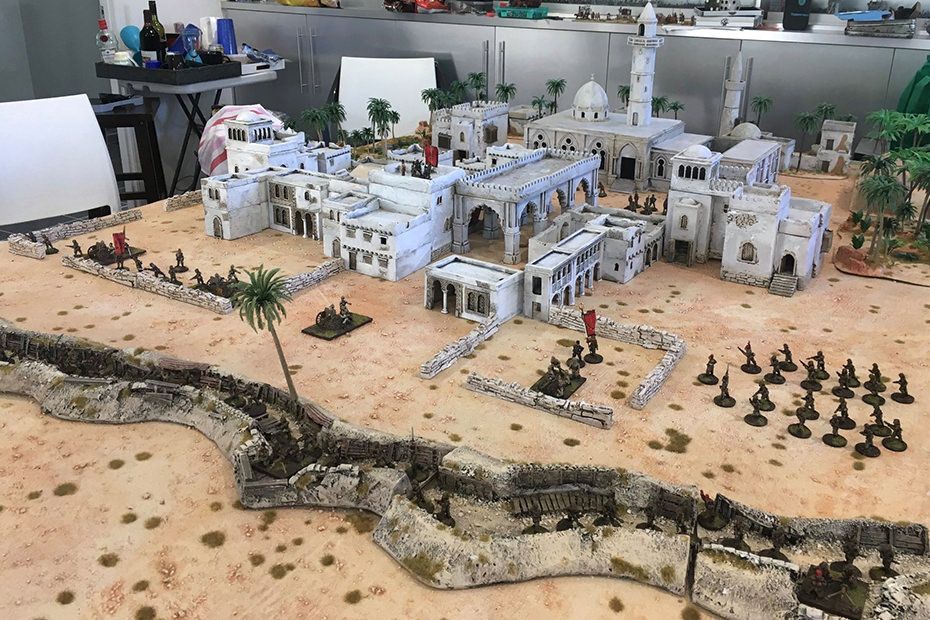