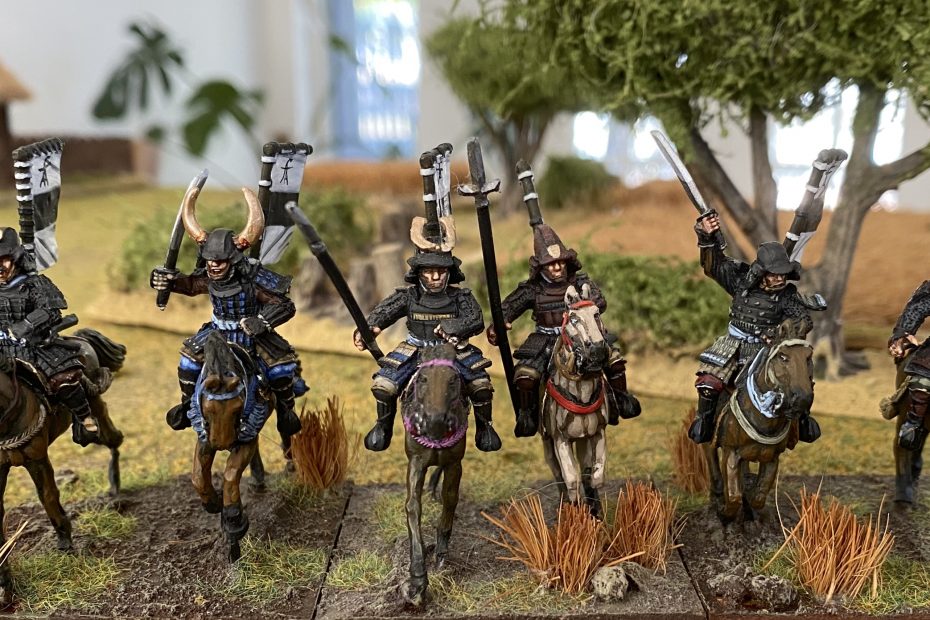 The battle for Japan Samurai vs Samurai

A few weeks back the lads at the club played a great game of Samurai Vs Samurai…..fighting over the spoils from the last conquest of Choson. Again we utilised the Big Battles Basic Impetvs with both armies evenly matched with break points sitting at 10 & 11pts per side. We soon found that the Samurai cavalry devastating (when rolling well) and so too was the Tempo (T) units especially when taking the 1st option of the Late Samurai list. The result was a close win to Brian’s army by only one point. Thanks again to Leroy Simpson who loan beautifully painted Samurai collection to us for the day. Again all the figures are Perry Miniatures. Figures however, have not been based for Impetvs but for the old WAB though it did not matter for our game.