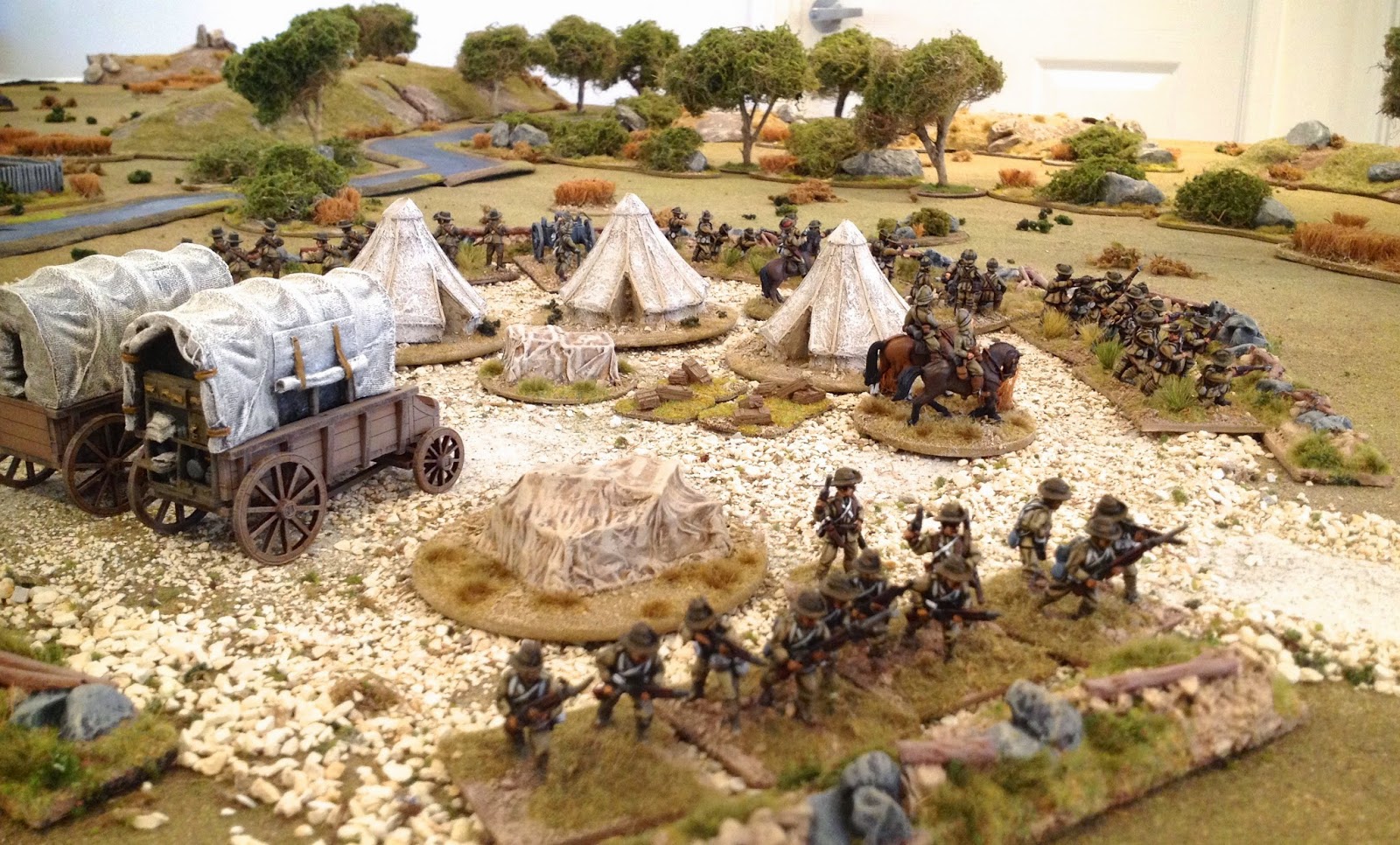 I have just added a few images of the Boer War game we played last night. It was Brian Buskell’s last game in Australia as he heads off to Texas on Saturday with his family for a year. The game we played was based on the ‘Battle of Elands River’ in early August 1900, where 500 mostly colonial troops (Australian, Rhodesian, Canadian and British) were taken under siege by 2000-3000 Boers between 4-16th August. Two relief columns were sent out but were either defeated or turned back and then finally one last column under Lord Kitchener with 10 000 troops finally lifted the siege.

I planned last nights game to be focus on the 6th of August where the Boers attempted to attacked the base and seize the supplies it held. Around the same day a British relief column was trying to break through. Thus our game was set with the Commonwealth troops under siege and the relief column attempting to break through…..but when I get time today I will let you know the rest of the story. Until then please enjoy the images. 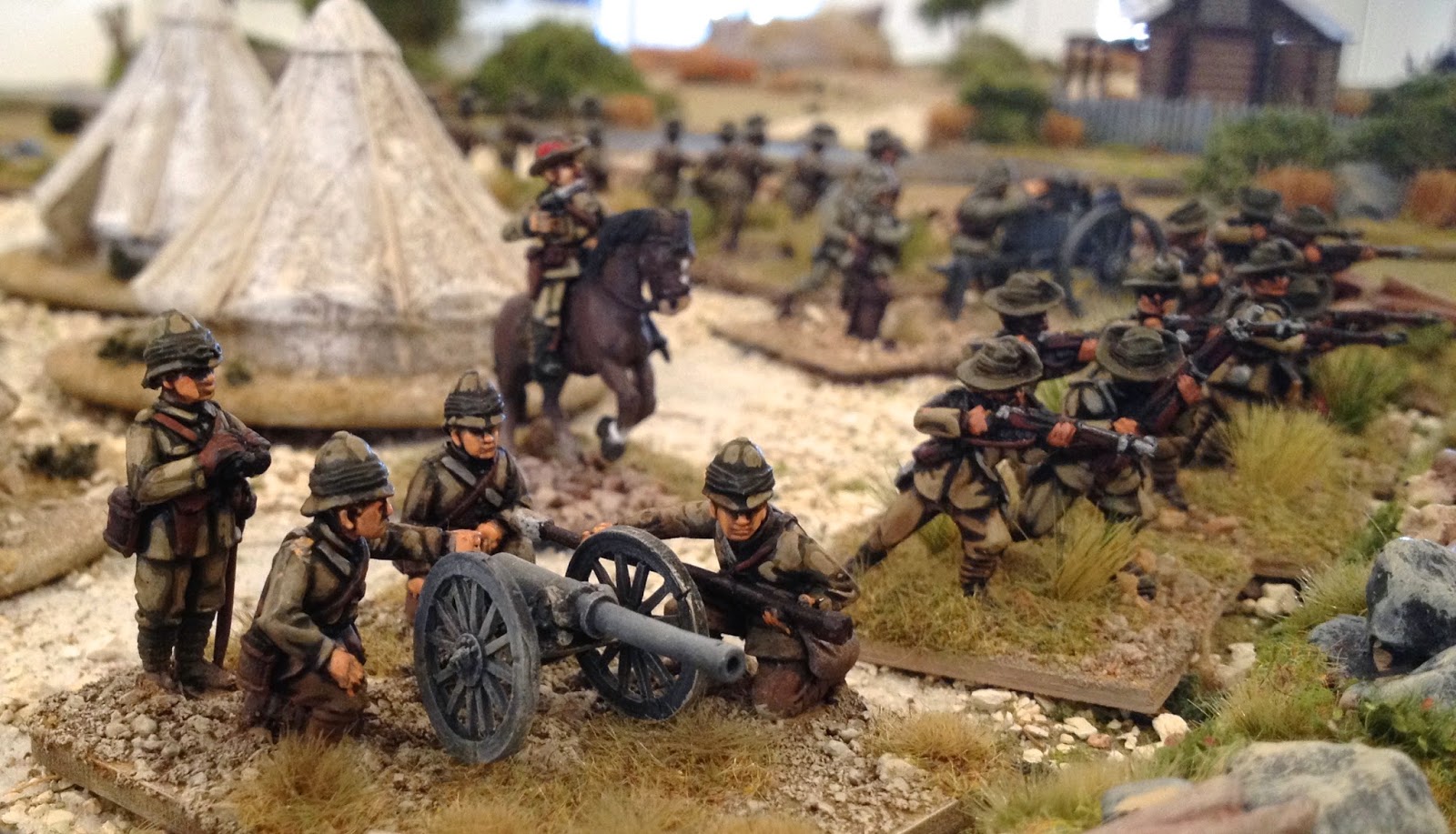 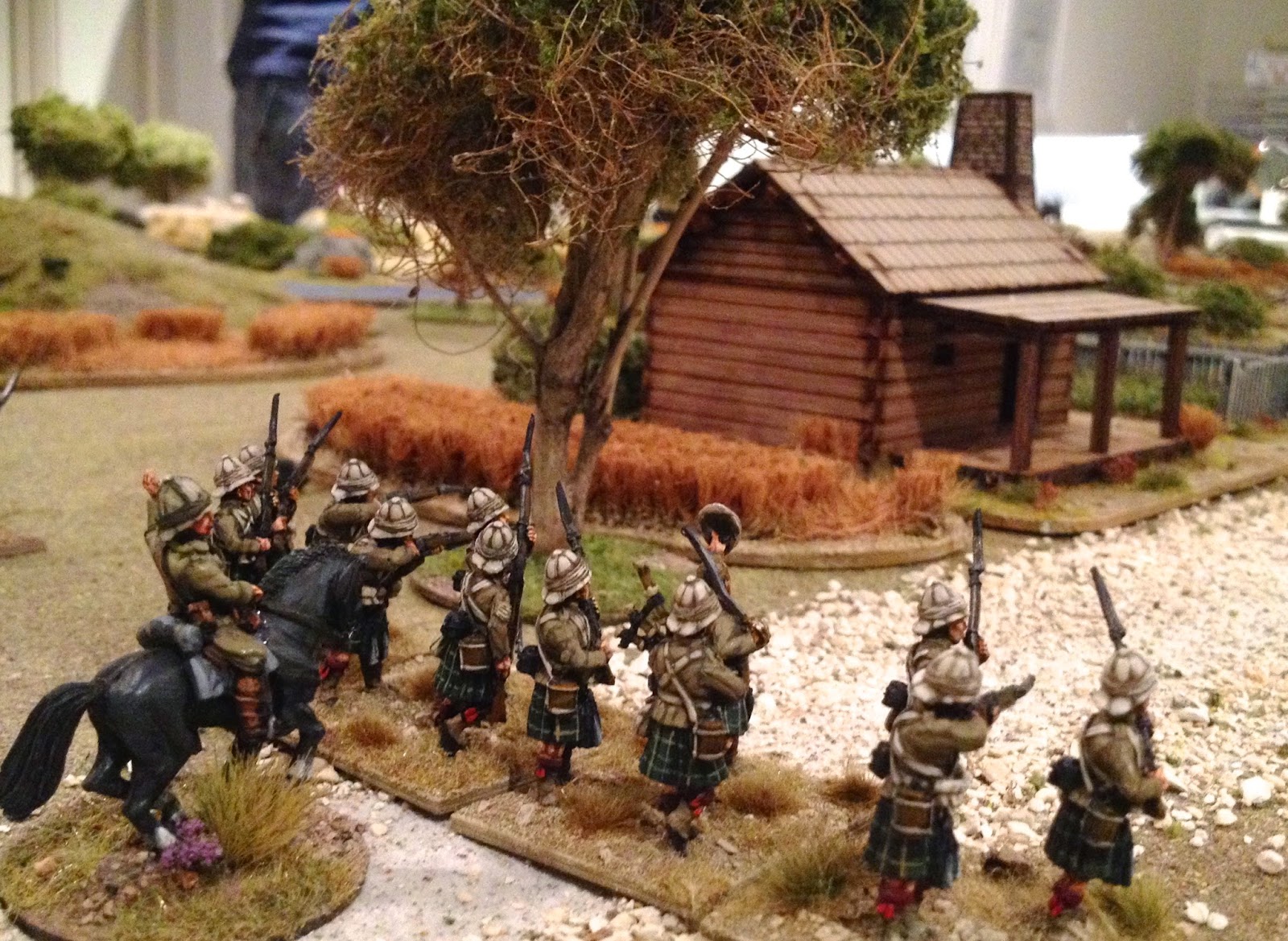 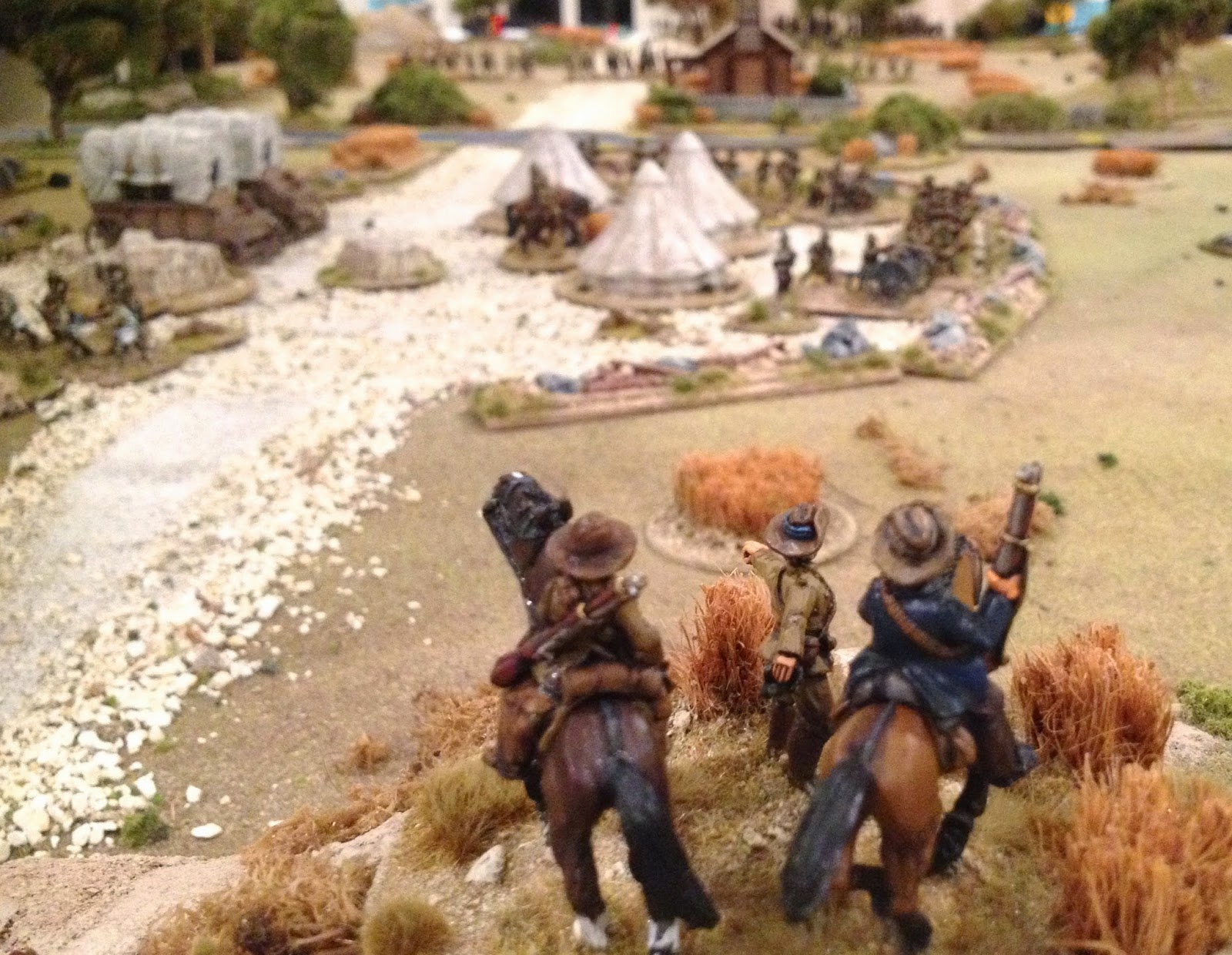 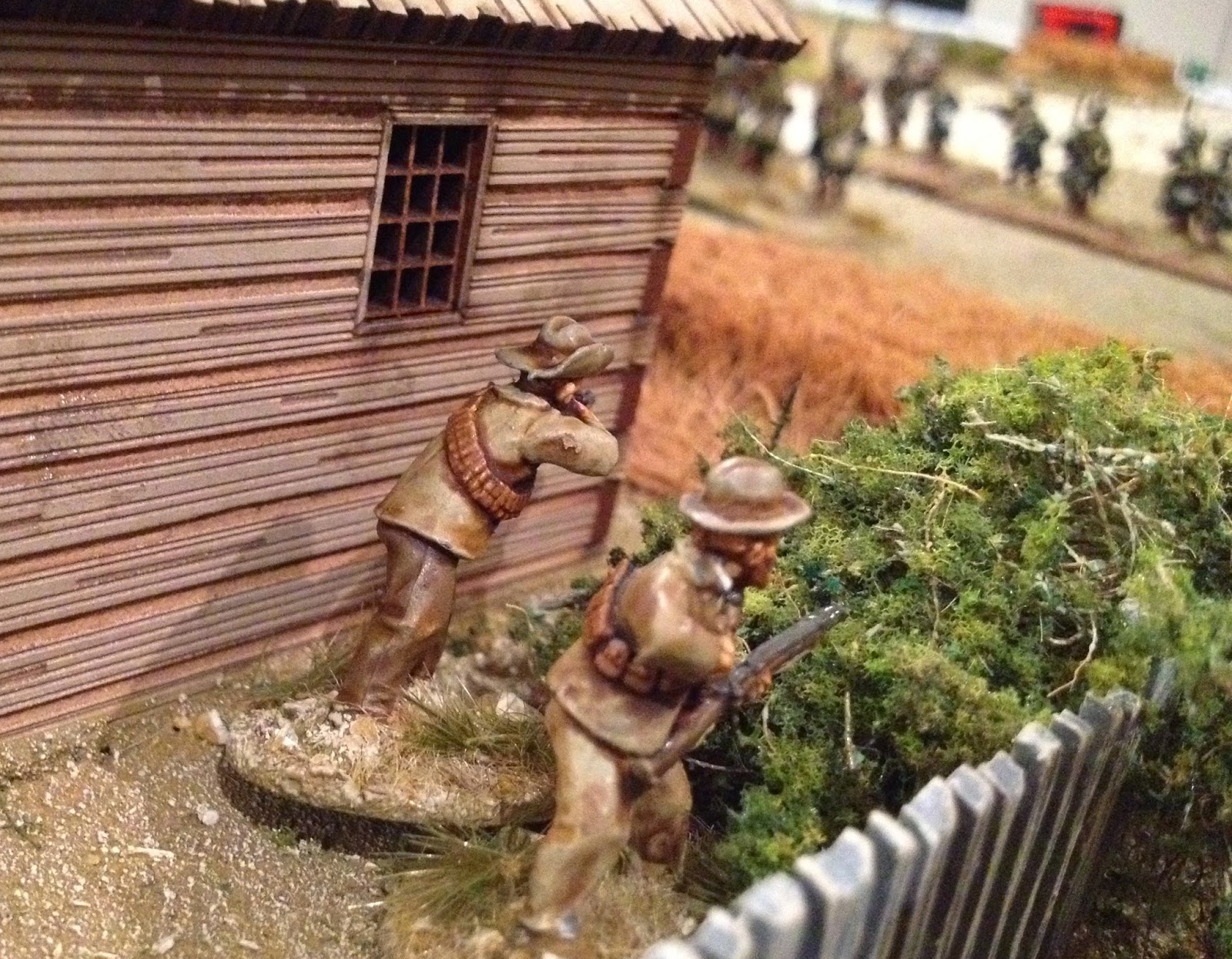 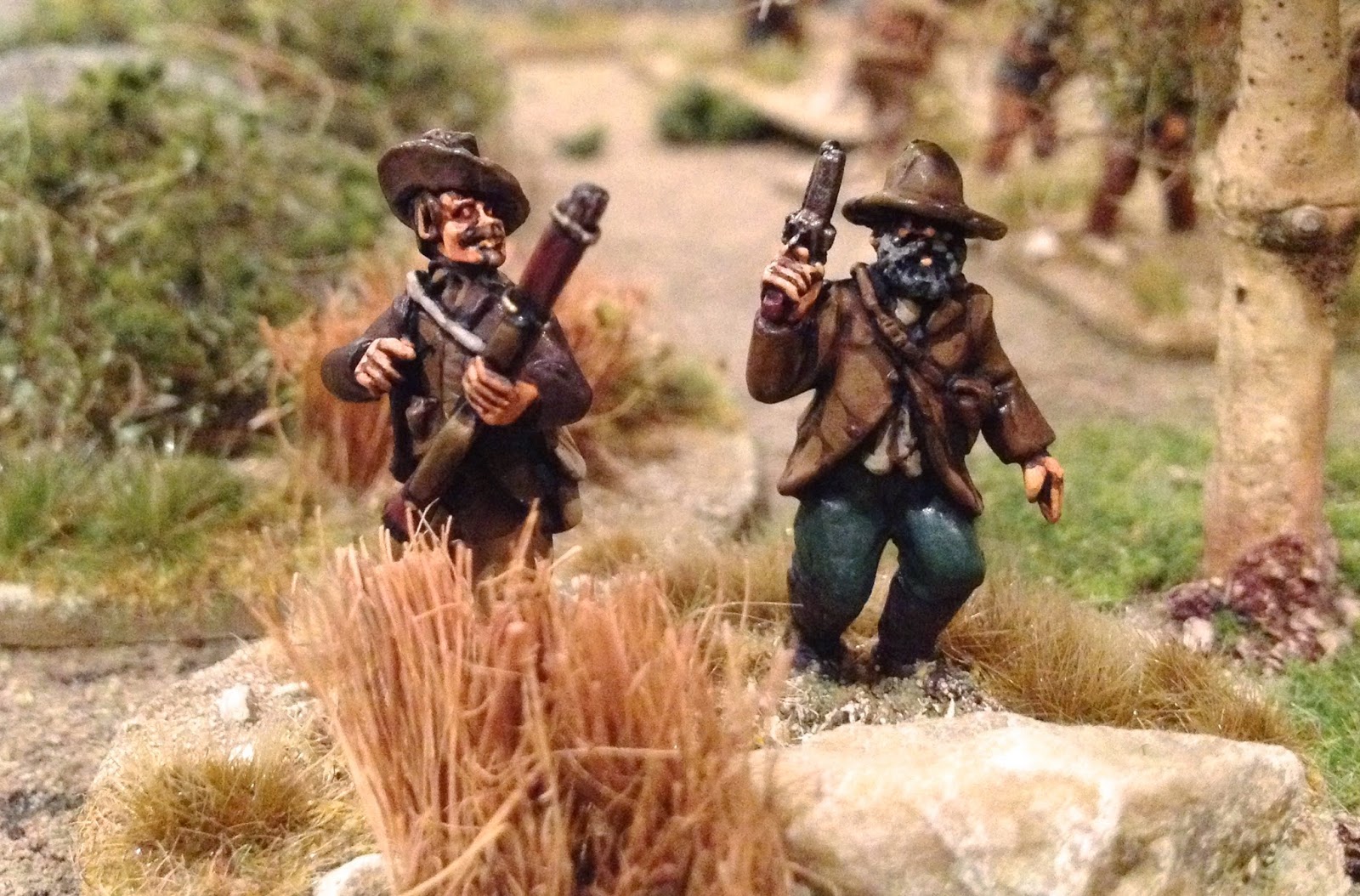 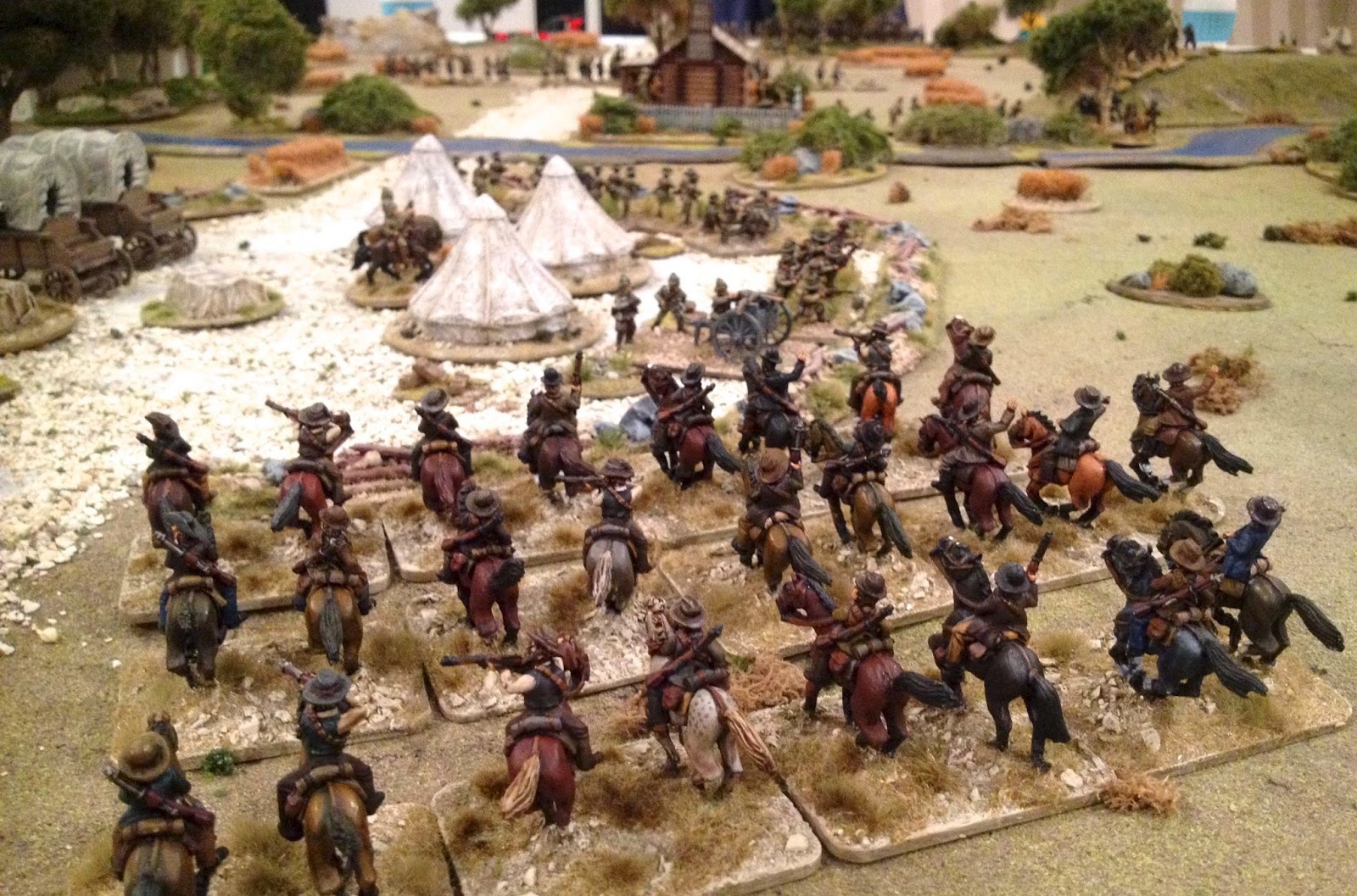 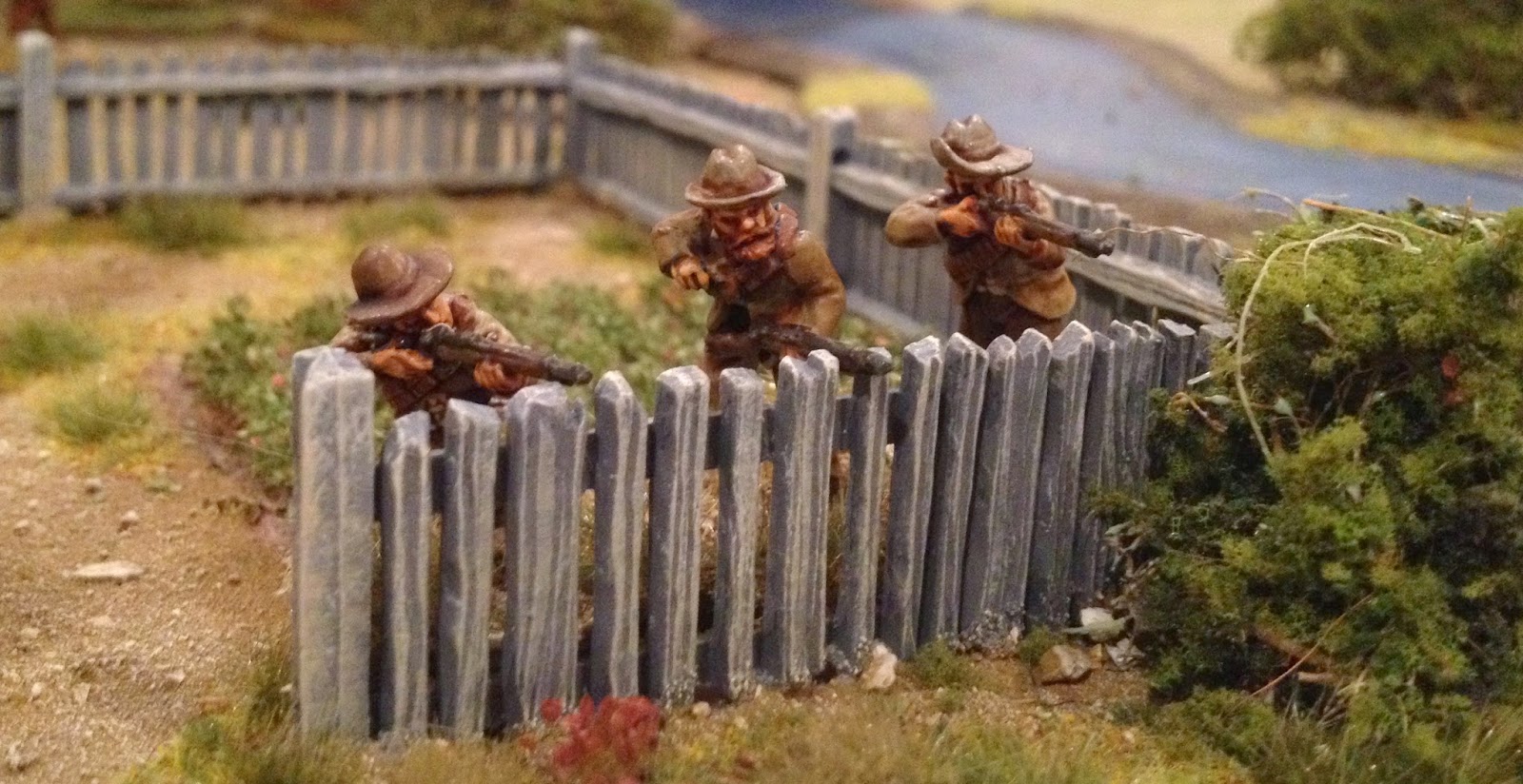 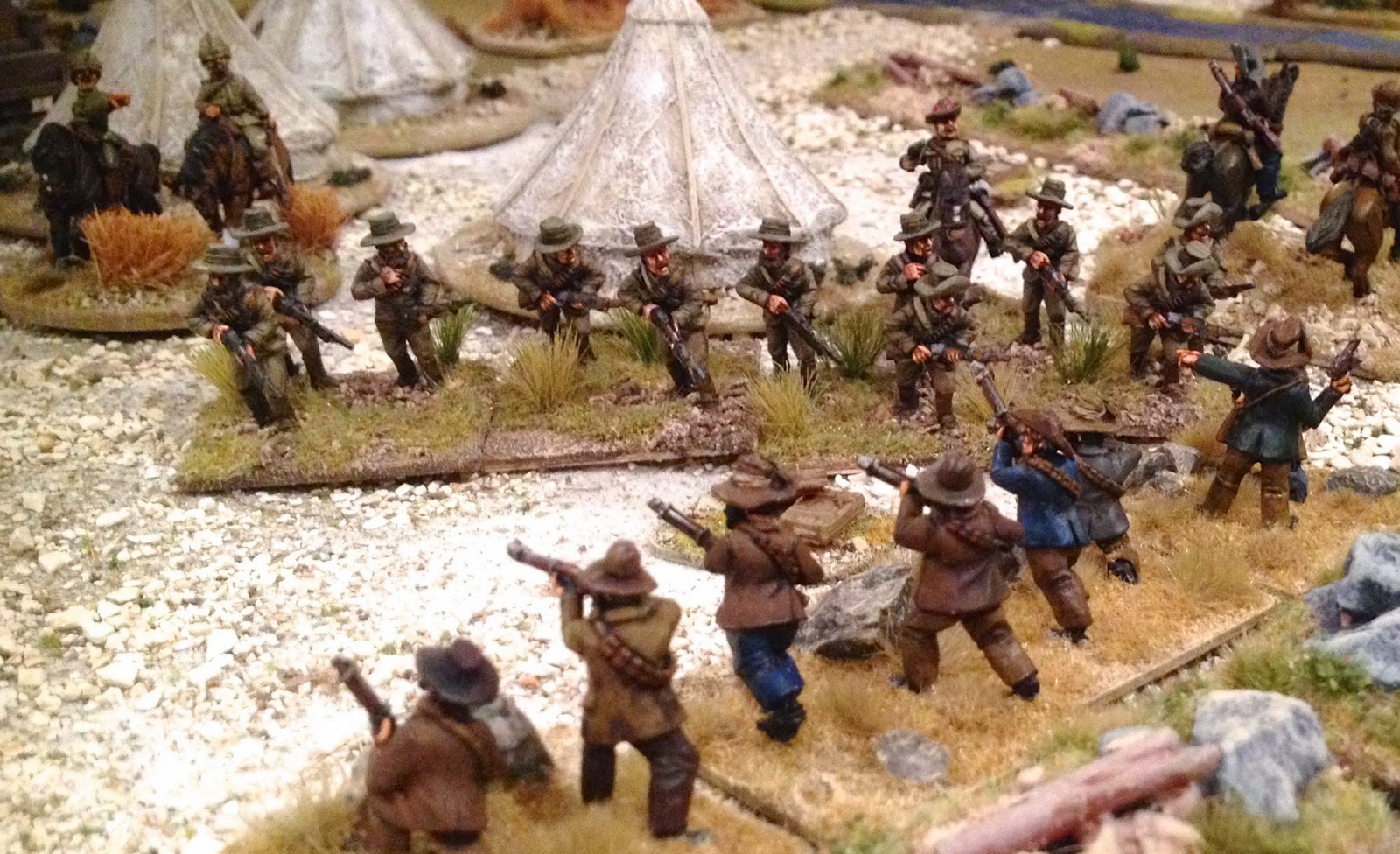 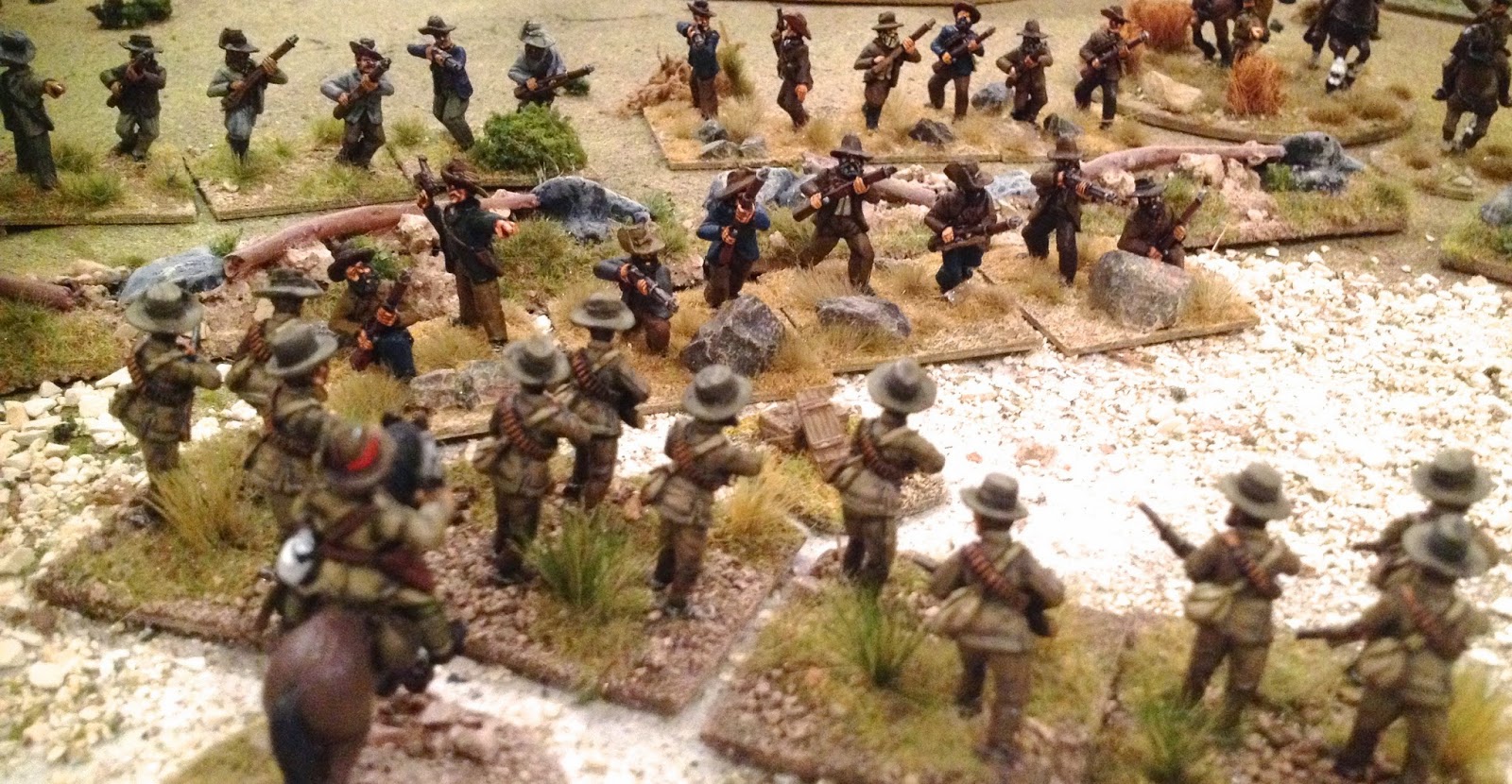 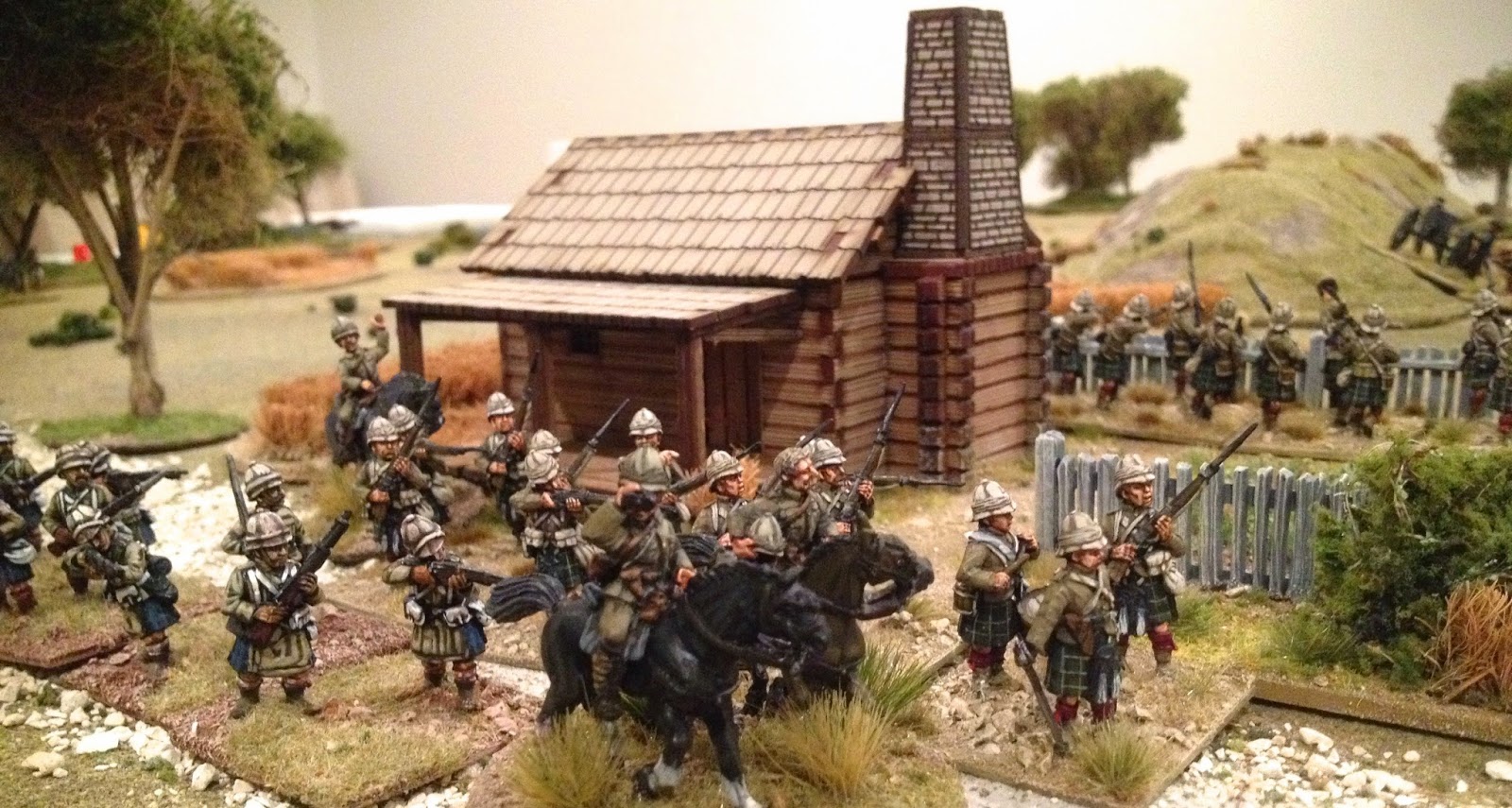 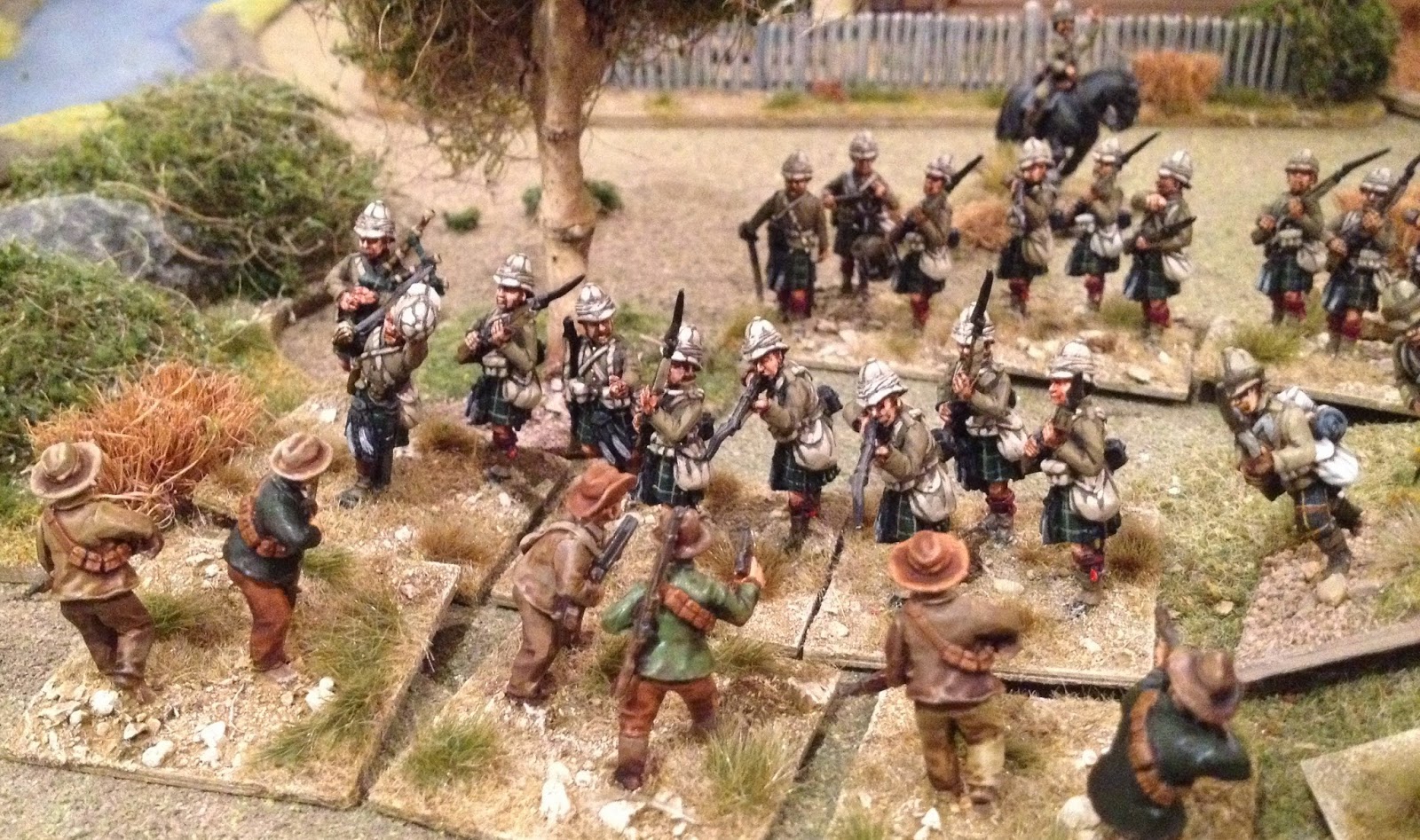 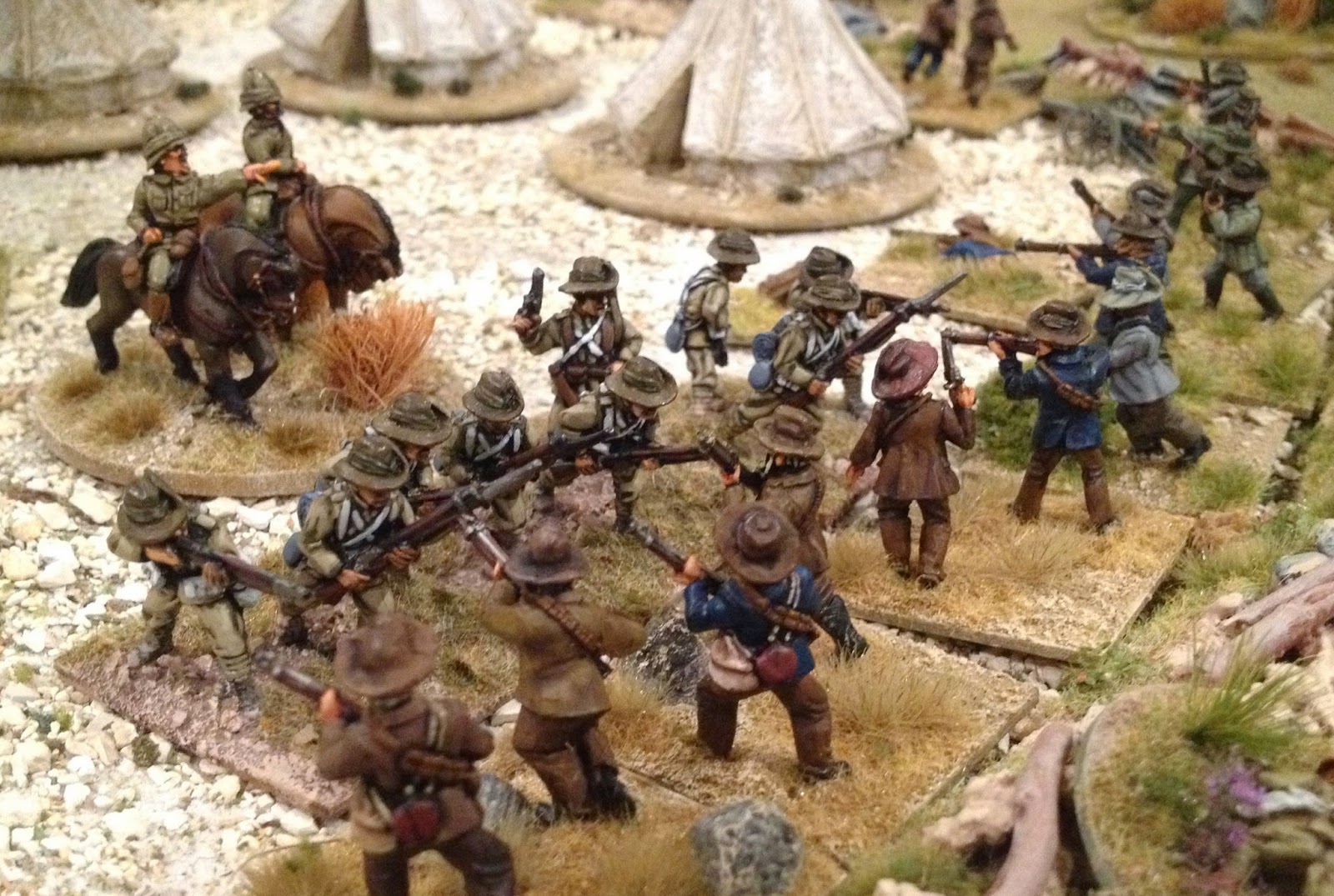 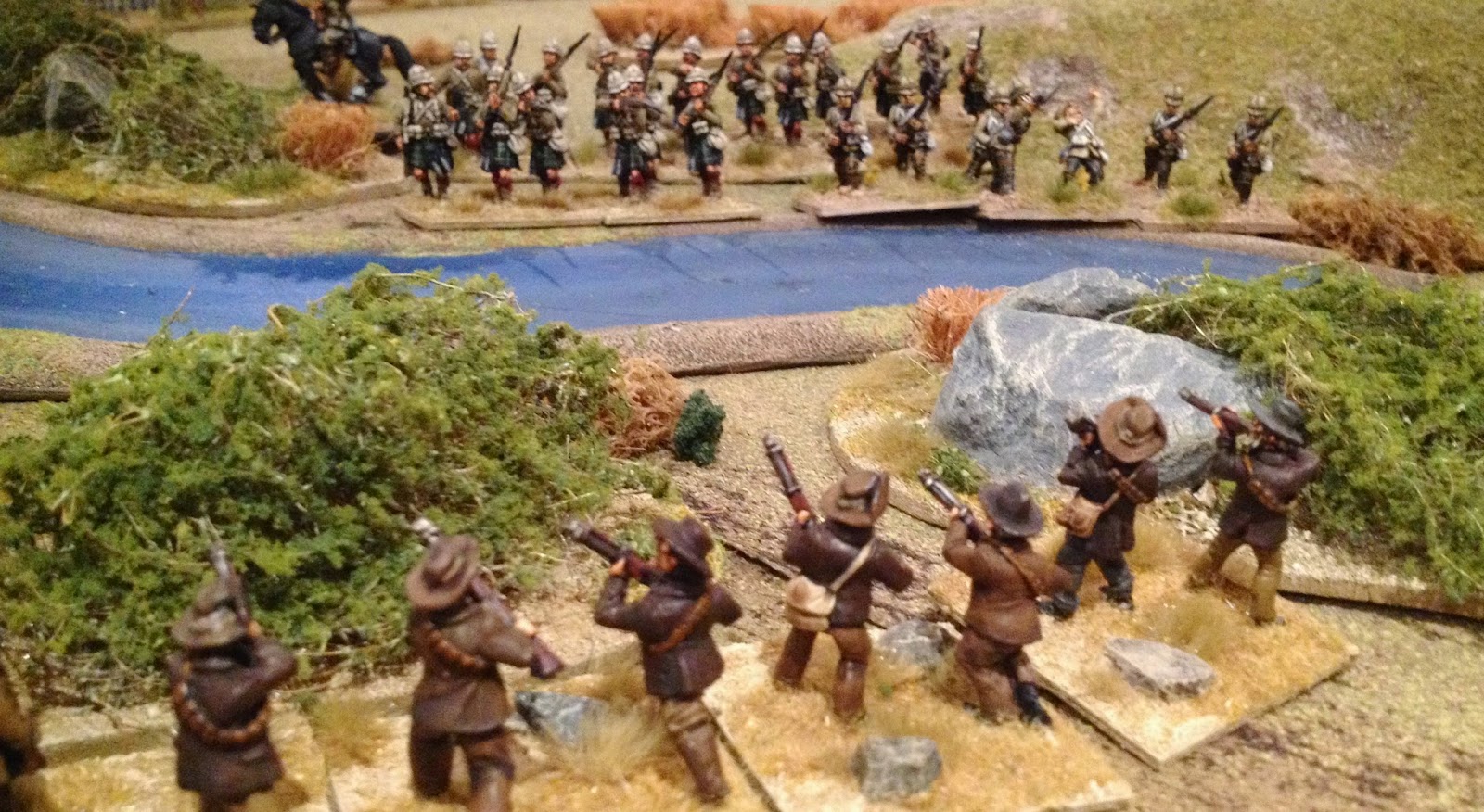 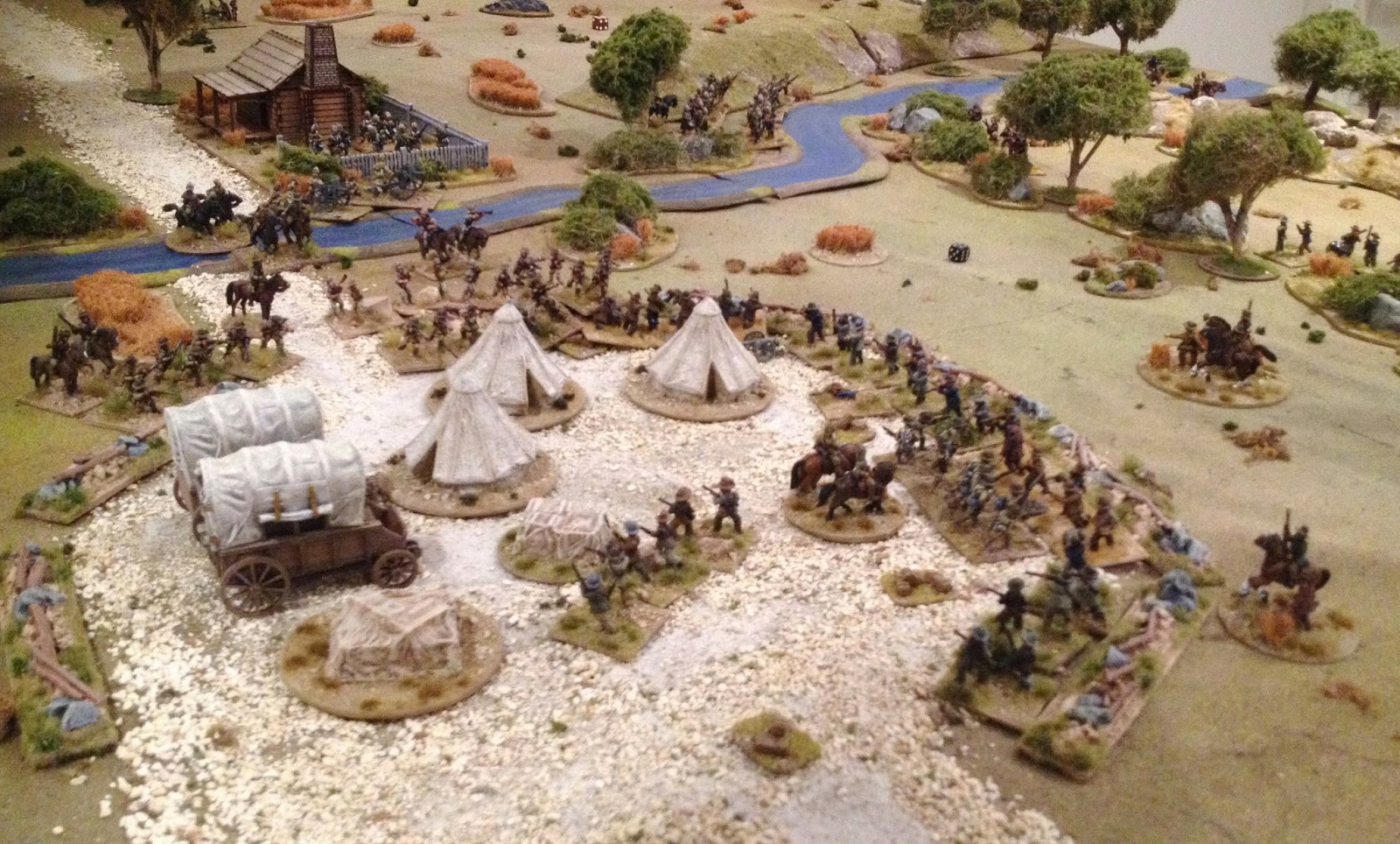 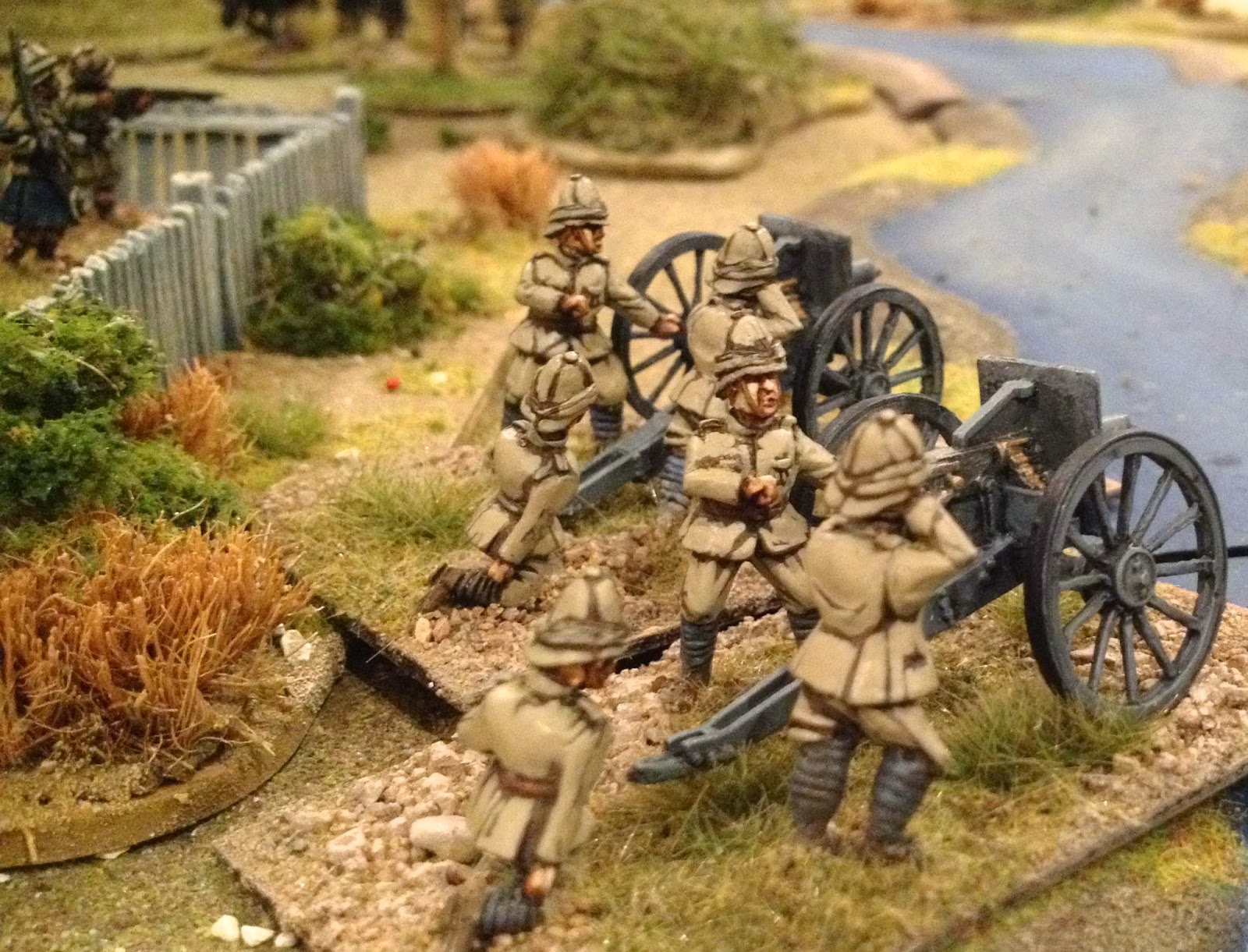