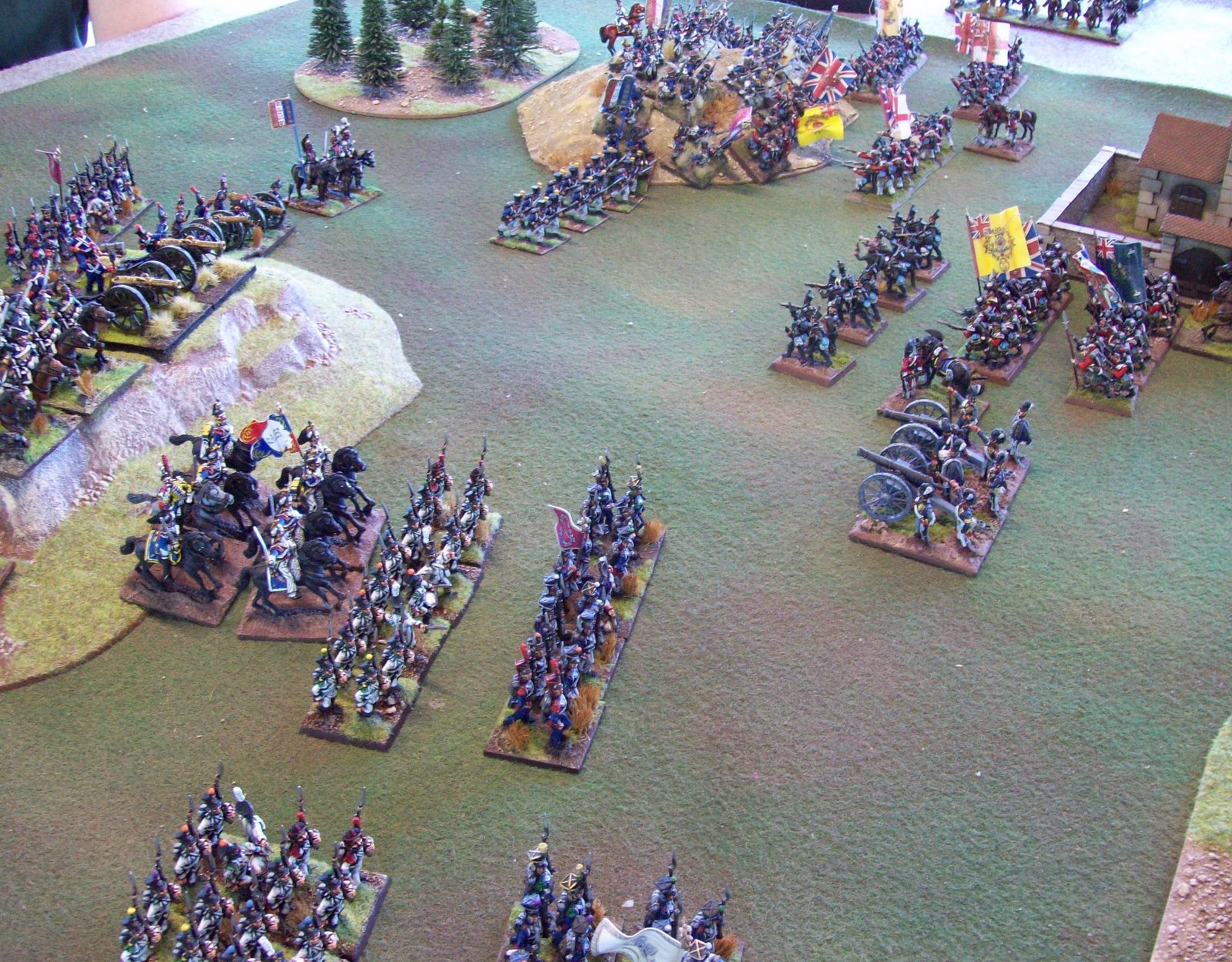 Two weekends ago, Andrew Parr came up from Sydney to play out a few more games of his “Tactics and Glory” which was the old “Tactical Napoleonic Battles” now under a new name. We played three games in all ranging from a small 500pt game, which comprised of only four to six battalions, two units of Cavalry and a battery of guns each, to a large game comprising of all my Spanish – 13 battalions, three cavalry regiments and two batteries of guns, plus the opposing French and Allied Army of much the same size. The small size games can be played comfortably in a evening, say 1-2 hours and the bigger games no longer then four hours at the most, with all games ending in a result of winner or loser.
The first day of battle a French Army Vs a British Army 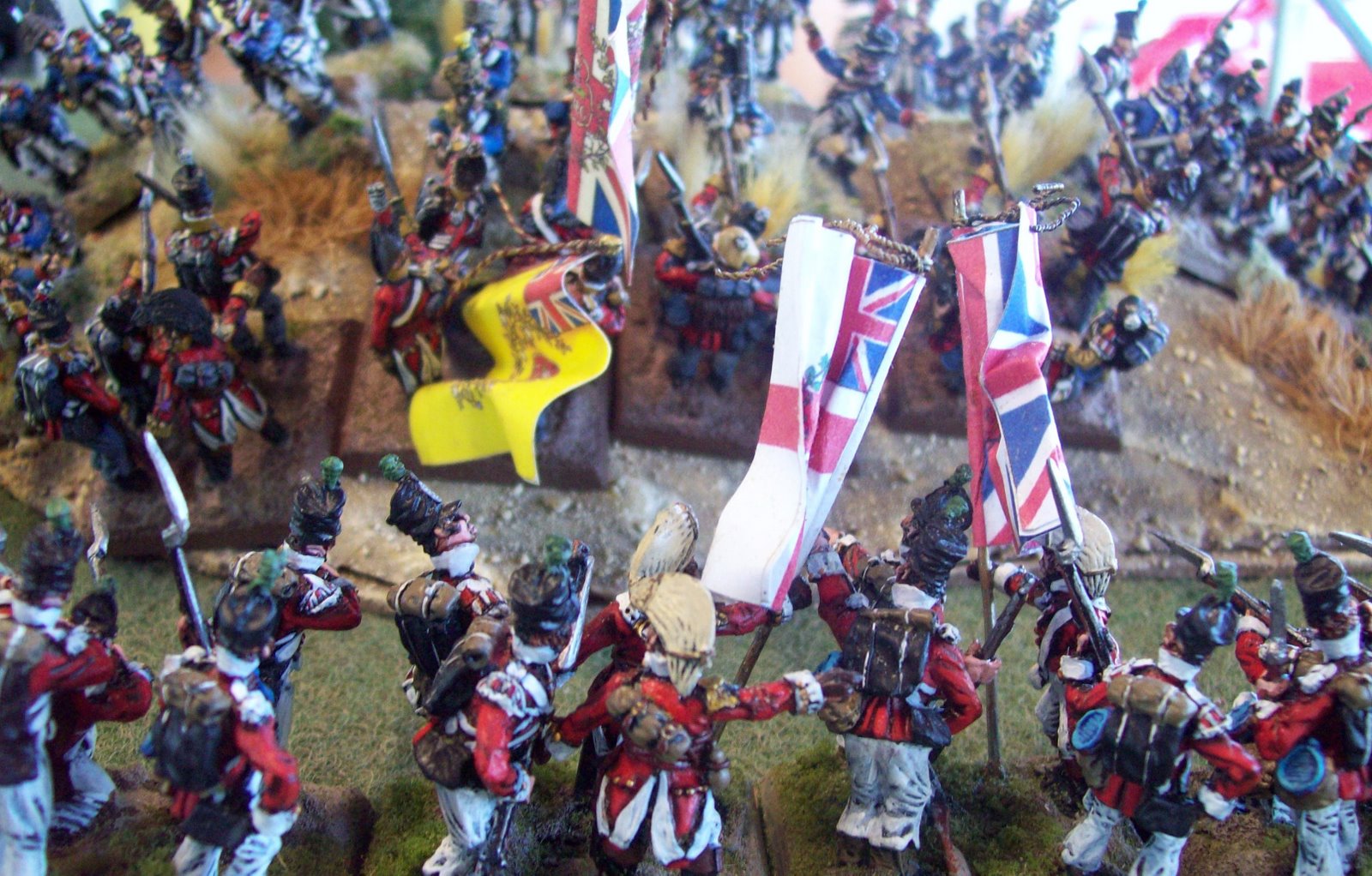 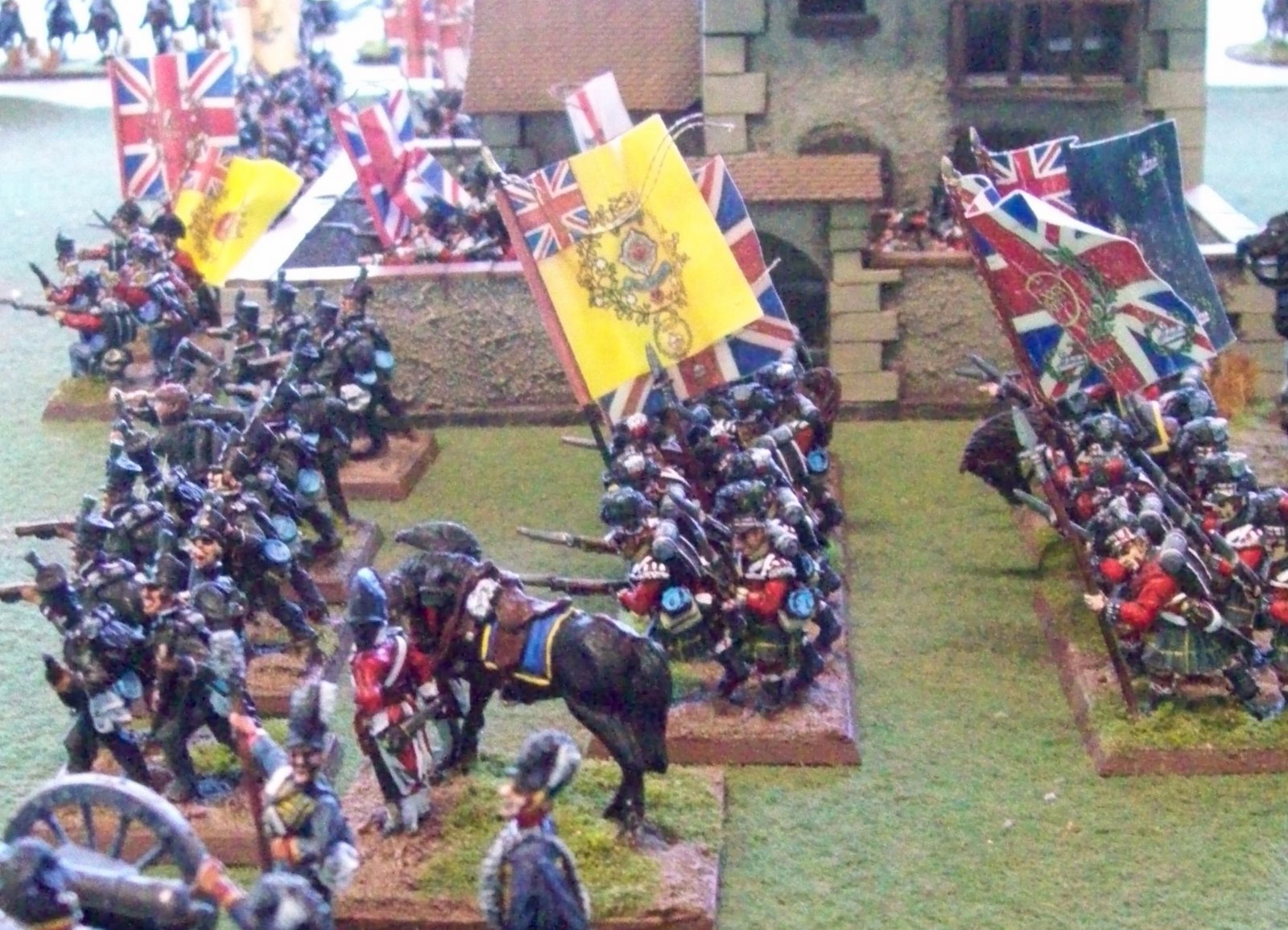 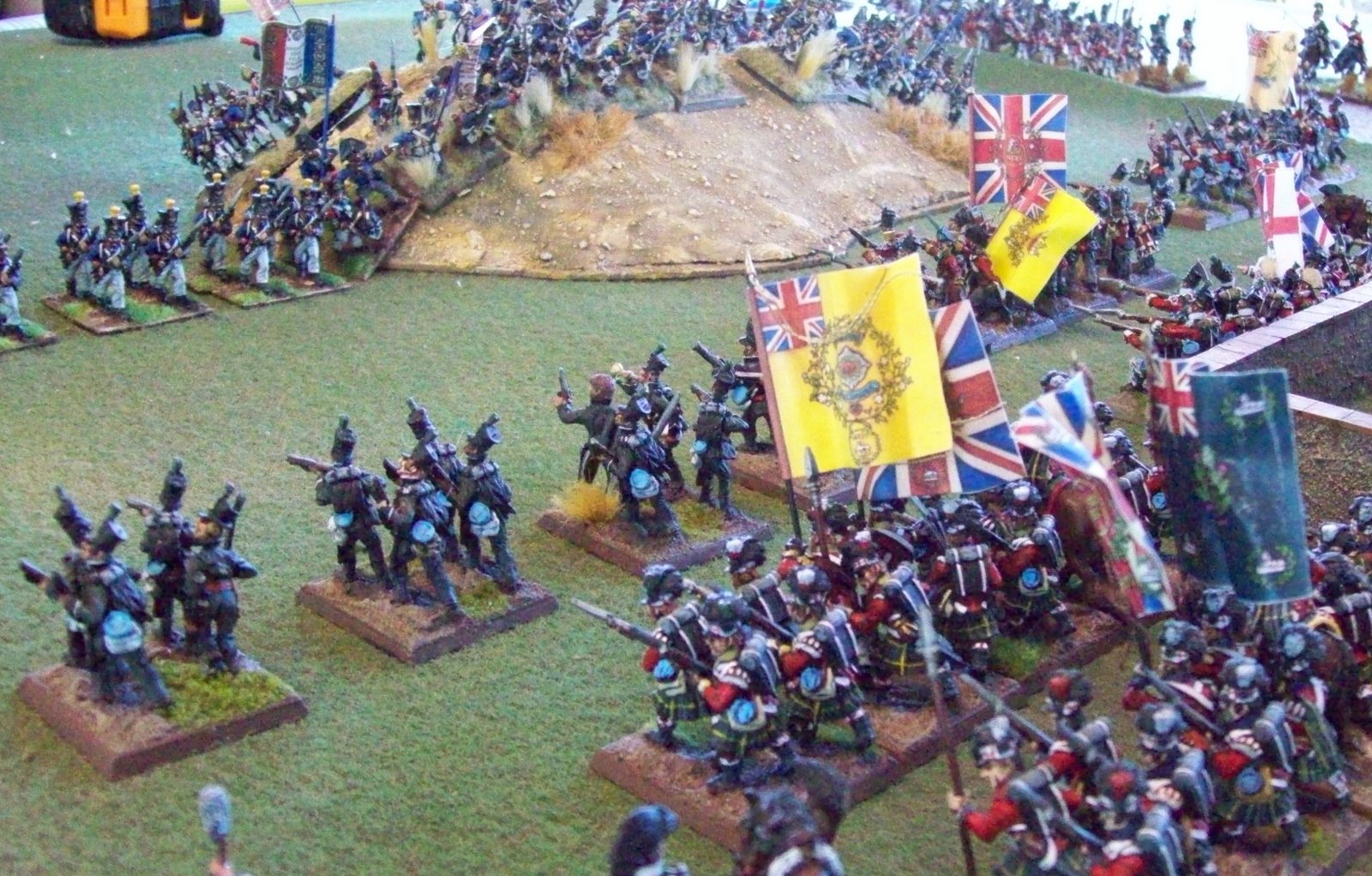 All figures are Elite Miniatures except the Highlanders which are Front Rank. Figures were painted by Leroy, Andrew Brian and others.

Leroy Simpson, Brian Buskel, Julian and myself enjoyed the rules immensely and all agreed that Andrew’s rules were coming along very nicely indeed. Andrew hopes to have the rules ready to hand out to those interested during MOAB this year on the October weekend. He will also be putting on a Demo game for his rules. So make sure your there.

Second day of gaming – French/Allied Army Vs the Spanish Army 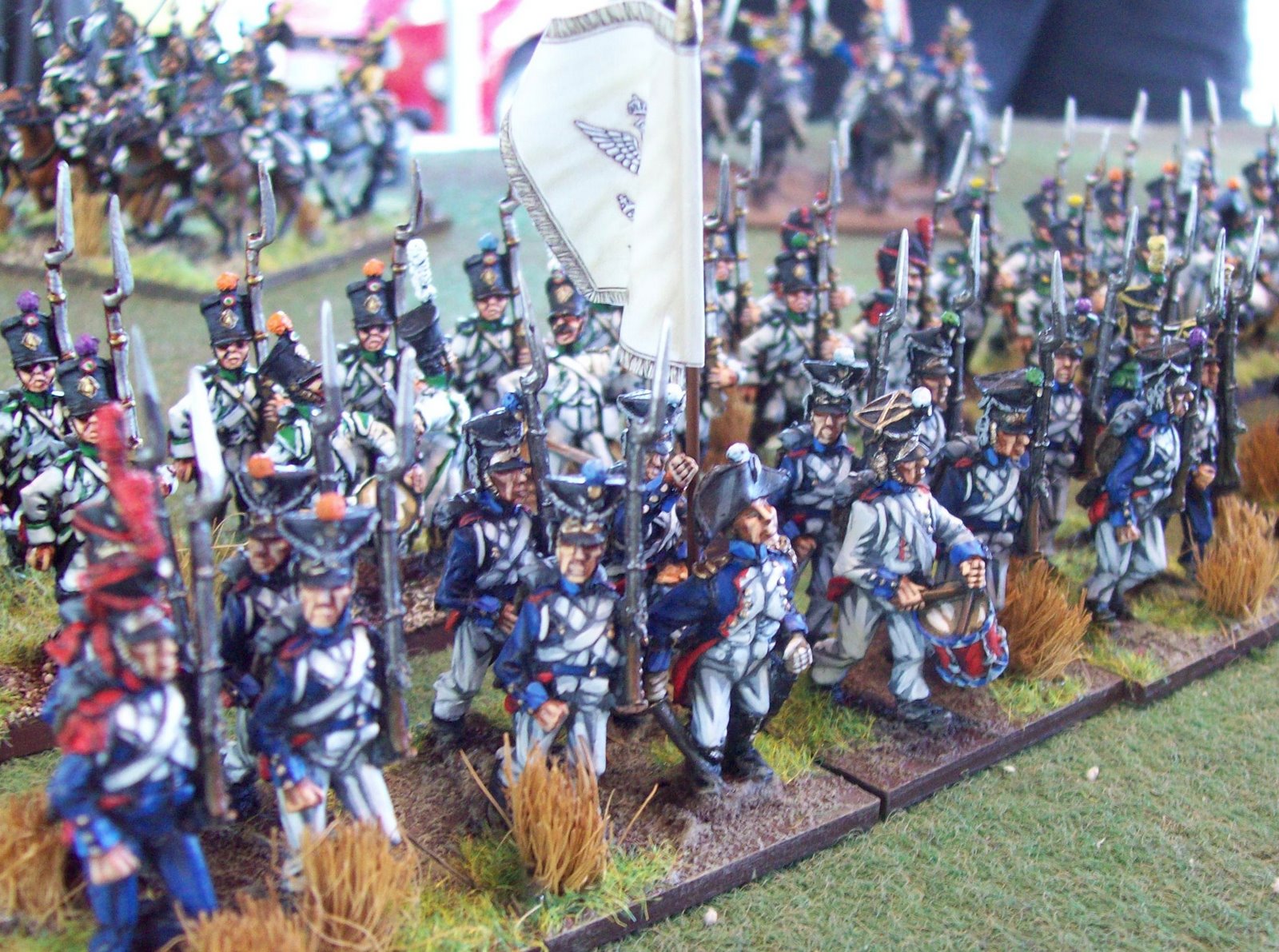 Polish and Italian Troops advance towards the Spanish lines. 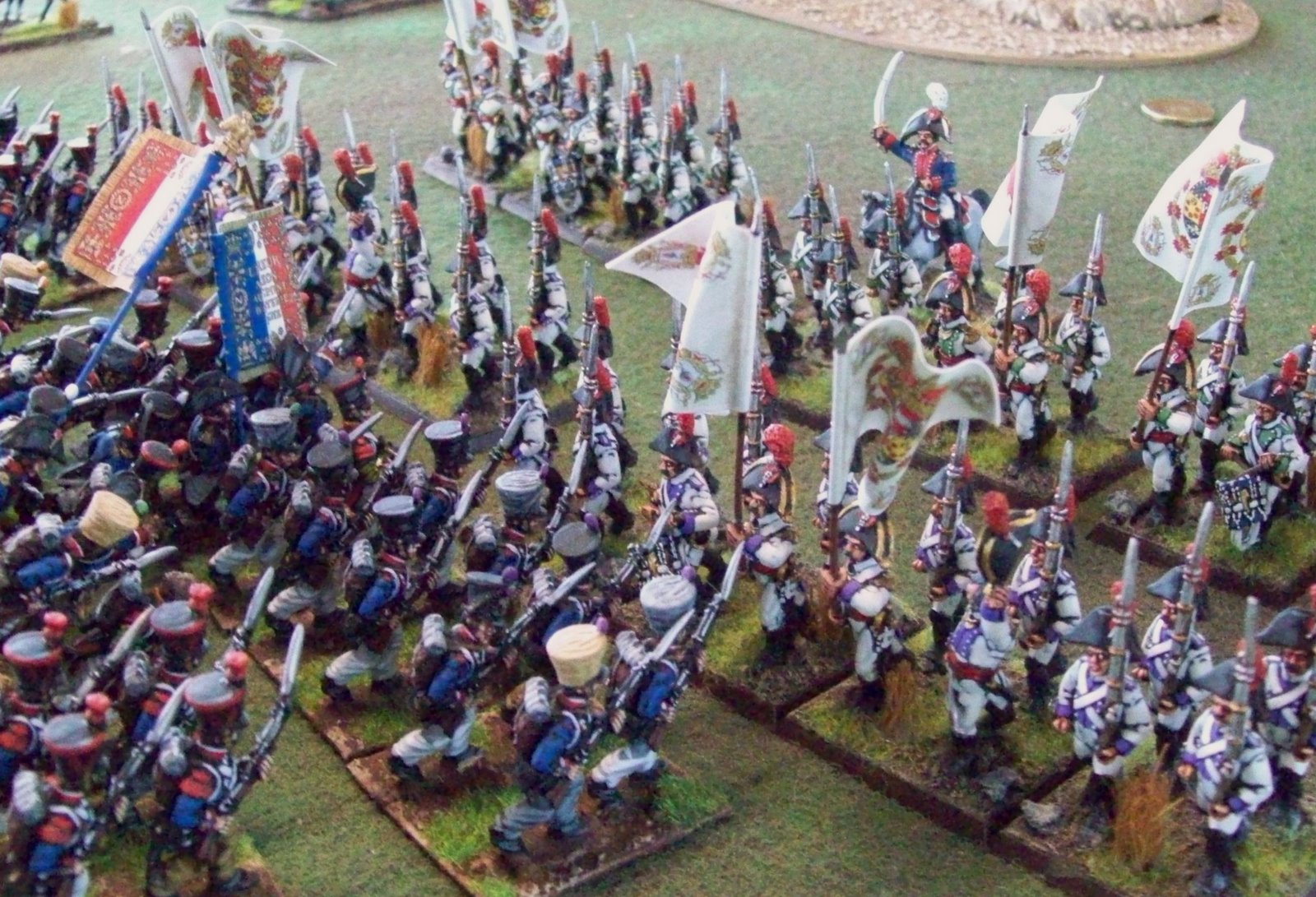 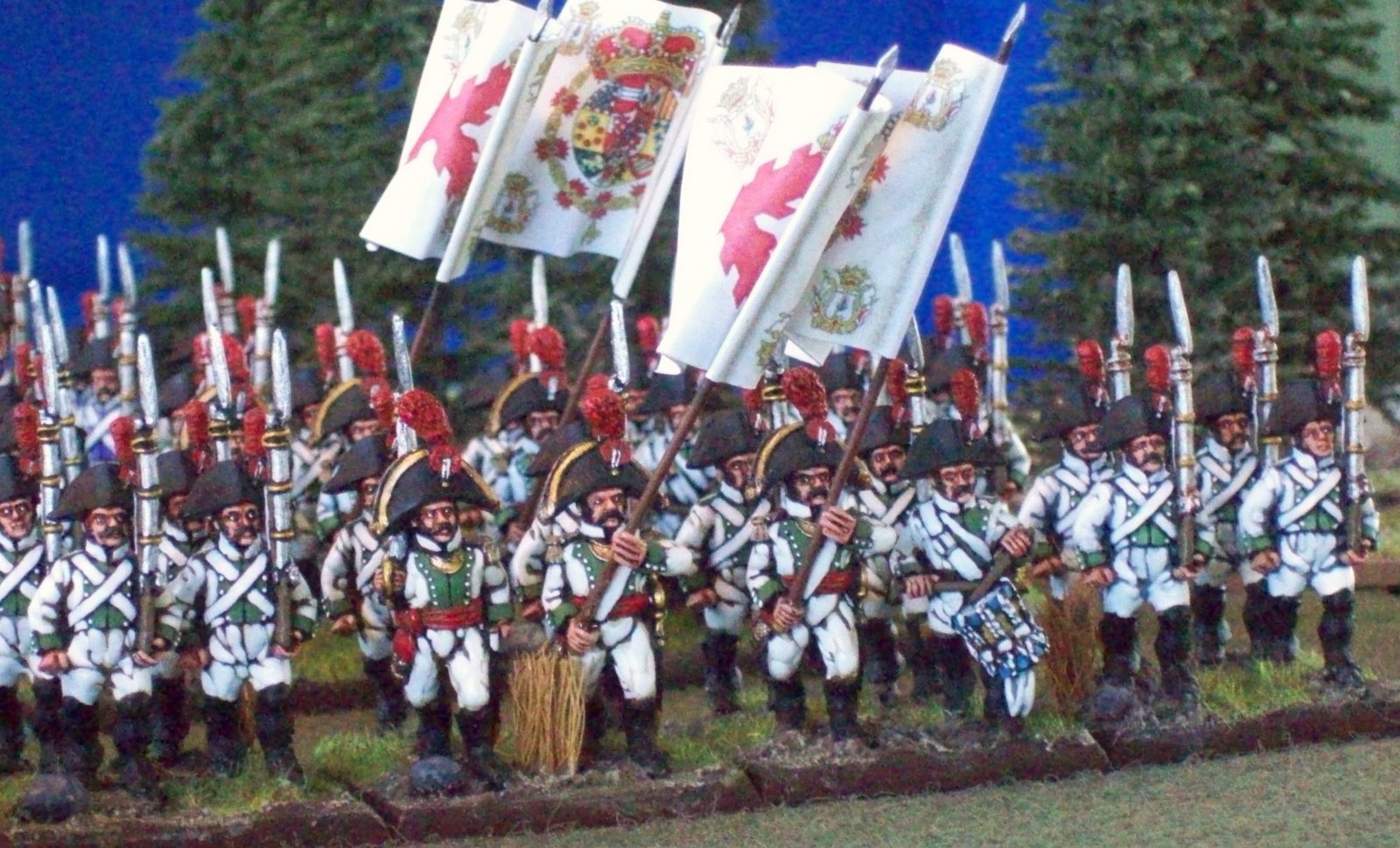 A Spanish Battalion promptly awaits their turn to advance.

3 thoughts on “Tactics and Glory”