Spartacus and the Slave Revolt

A little more action last night at the club…..a slave revolt against the might of the Roman Republic. Myself and Tim Jolly lead the Slave Army against David Lowe and his Marian Romans. A have been told that the Spartacus and Slave Revolt Army is one of the weakest Armies in the list however, last night they gave the Marian Romans a fight they would never forget. The ex- slaves fought hard and achieved victory in the last turn, but the Marian Romans would not go down without a fight and in their last turn the Romans killed the Slave Army General (yes Spartacus) which in-turn meant the battle ended in a draw….Crixus led the remaining ex-slaves away from the battlefeild and into camp for the night. In all I think the ex-slave army fought very well. They do not have the ability to have javelins and we played them without the cavalry, which lead us to use the tried tactic of ‘up the guts’. The ex-slaves in Roman armour certainly offer some good advantages especially when rolling cohesion tests from missile fire (a +2) and the Gladiator units (we had two) were devastating in the first rounds of hand to hand combat. Thanks also to John Maguire for hosting the club night last night and suppling the armies for the game. The Slave Revolt Army once belong to my good friend Scott Robertson, but is now on John’s collection. I had rebased them for Impetvs a couple of years ago. 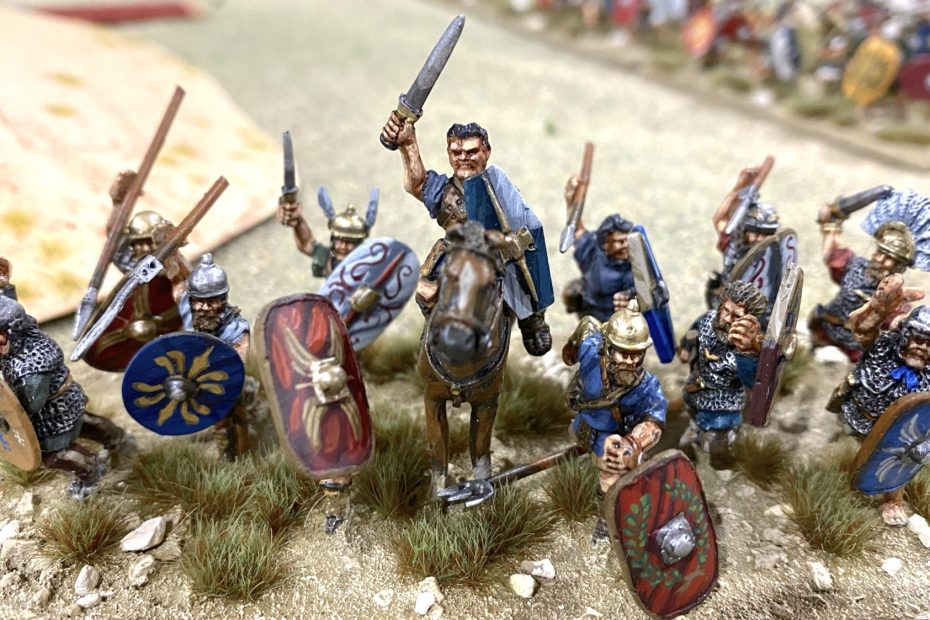