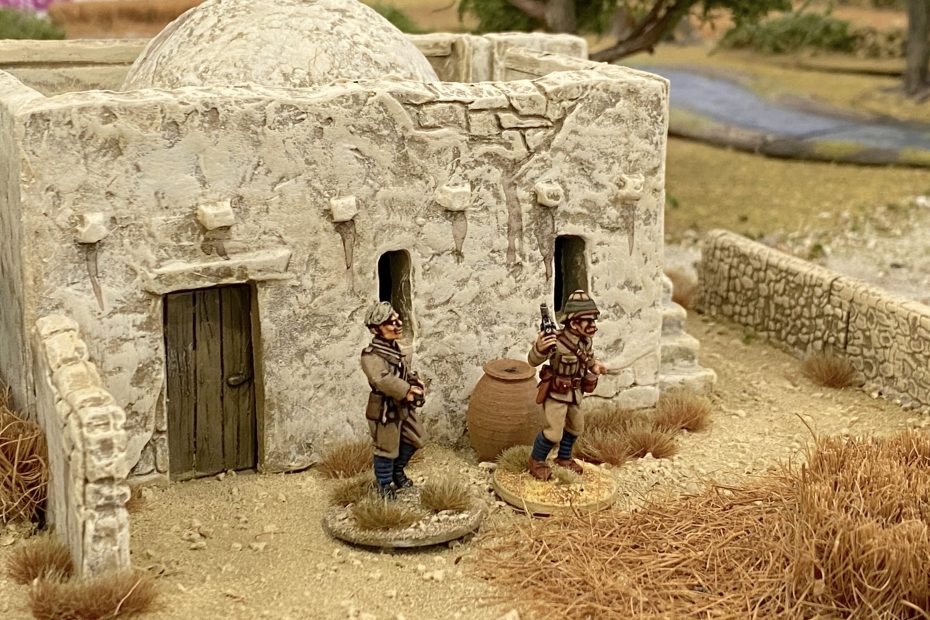 Somewhere on the NWF

Another great afternoon of gaming for the Lonely Gamers Club. This time it was a large skirmish on the North-West Frontier (NWF) or maybe the 2nd Afghan War? Brian Buskell commanded the British and Indian troops and Tim Jolly was the tough Pathan/Afghan commander. The rule system used for the game, was a set of Larry Broom’s ‘By Battalion, Volley Fire!’, which I had purchased from Gerry Webb at Castaway Arts.

As it turned out this was a great little set of fast play basic rules, which enabled the large game to be played to the finish and with a little bit of laughter on the side…always a sign for a good set of rules I think. The part we liked most was the initiative rolls at the start.

We rolled two dice and as in most games the highest wins, however, your dice roll is also how many units you could move during that turn.So, if you rolled a 6 from two dice you only moved 6 units.

The other part we liked was the movement, again this depended on how many dice your rolled and what the result of the dice roll was, so for a British Infantry company in line could only roll 2 dice for movement and say a Pathan warrior unit rolled 6 dice.

The last turn in our game saw both sides suffer over 50% causalities, thus the game ended in a draw. Well done to both commanders and for David Lowe in assisting in running the game. Figures are a mix of 28mm Old Glory, Perry Miniatures, Crusader Miniatures, Castaway Arts, and Wargames Foundry. Figures have been painted by Brian Buskell, Leroy Simpson, and myself.