Another great afternoon of gaming here in North Queensland this afternoon, this time playing a fantastic game of Napoleonic Black Powder 2nd Edition. The scenario of today’s games was based in the Spanish Peninsular around 1809, with the Spanish forces (two infantry and one cavalry Bde) desperately defending the main Spanish town against a three French Infantry Bde’s and the French Cavalry Bde’s.

The Spanish however, were supported by two additional British Bde’s, one of infantry and the other cavalry. The French won the initiative in the first turn, however best Infantry Bde in the French army rolled a double six (blunder) and withdraw of the table… the poor French commander was dumb founded.

They did however, recover their pride and advanced back onto the table in the following turns, but they failed to make any real gain in the coming battle. The Spanish commanders on the other hand played a surprisingly aggressive game and attacked with their two infantry Bde on both flanks of the battlefield, thus stopping and in one case routing much of the French right flank.

In the centre the French advanced well but were again stopped and later overwhelmed by strong English troops defending the Allied centre. It was in the centre that the Allied Army would eventually win the day, as the French failed to bring their reserve and flank attack into play.

Whereas the Allied Army were able to bring their reserves and flank attack on early and would outnumber the French by two full Bde’s of Cavalry. In all a very enjoyable afternoon of gaming and well done to the Allied Commanders, Josh, Dave and his grandson. The French Commanders…well there will be another day.

Thanks also must go to Mr John Maguire for hosting the afternoon game and allowing our greasy hands to touch some of the nicest Napoleonic gaming figures in the country. 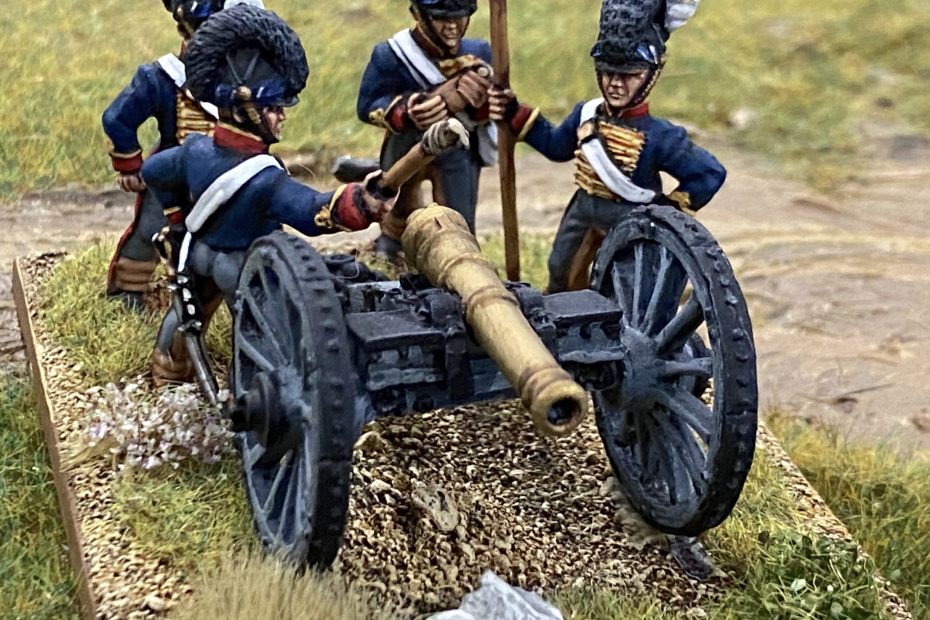