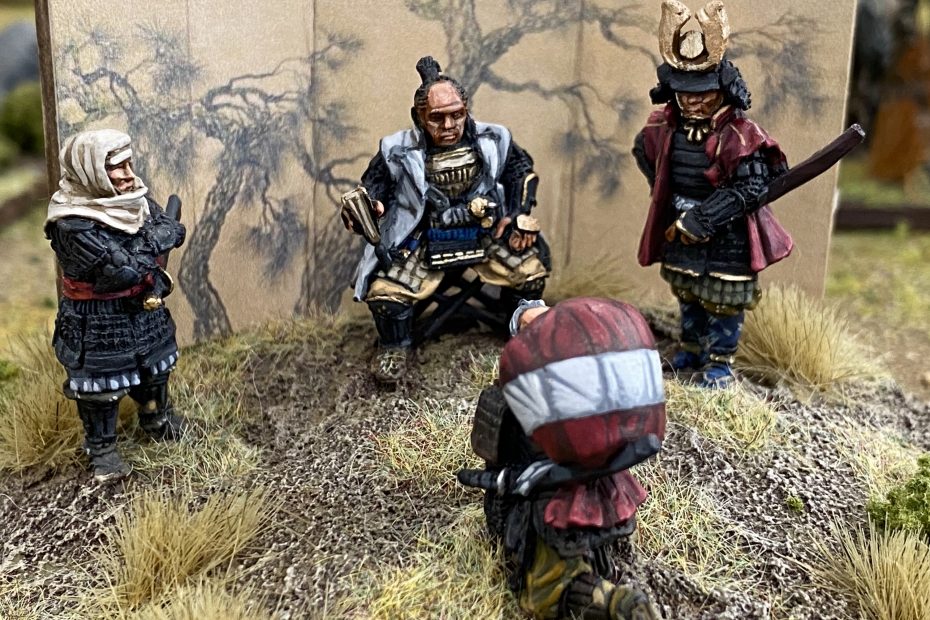 This was a great little game Myself and Tim Jolly played a couple of weeks ago. It was another interesting afternoon of gaming Basic Impetus and in a period I was not to familiar with…..Late Samurai vs Chosen Korean. However, it turned out to be a great game. The Chosen Koreans had the Samurai on the back foot in the first four rounds of the game and inflicted some heavy causalities on the Samurai forces. But then it was the turn of the Mounted and foot Samurai to strike back and the foot Samurai broke through the Chosen centre and left flank ending the game. Thanks go to Tim Jolly for being a good sport and to Leroy Simpson for allowing both myself and Tim’s grubby fingers to touch his figures. All the figures are Perry Miniatures and painted by Leroy Simpson.