Perry Miniatures Sudanese Finally Based and Ready to Hit the Table

Finally my Egyptian Army for the early Sudan War (1883-1885) is now completed with the final addition of two companies of Sudanese Infantry. The Army now consists of:

There are also numerous mounted and dismounted command stands, which are ready to conduct battle with either the British in the Anglo-Egyptian War of 1882 or fight the Mahdi hoards along the Nile or in the sands of the Sudan…..I can not wait to see the lads in action…..however it may not be spectacular but it sure will be fun. 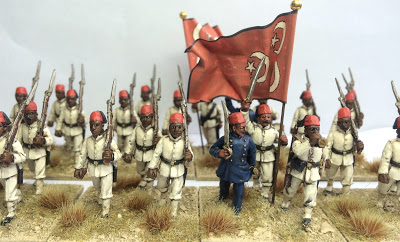 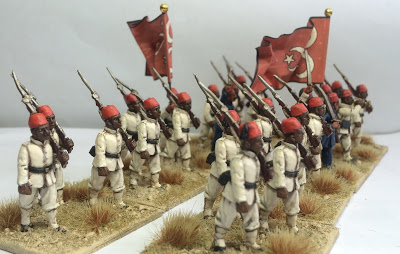 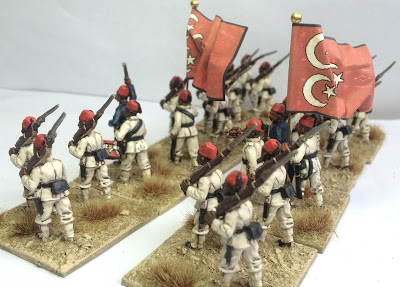 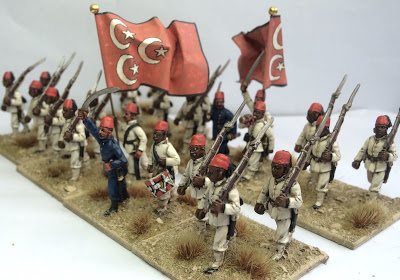