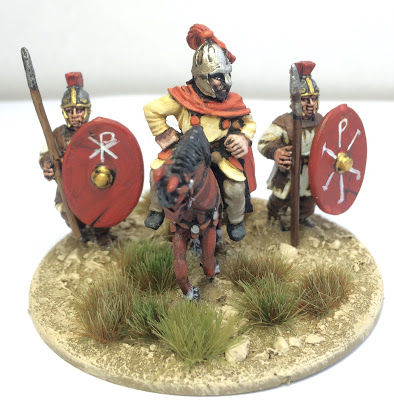 I have always wanted to build a Late Imperial Roman Army and I think over the years this one is the third I have owned…all the other have been moved on to better home. However I think I will be hanging on to these lads and possibly increasing the size. The main body of the army I purchased from a very nice gentleman in the UK and the remainder I have sourced from other sellers. I have since rebased the figures for Impetvs and my ever increasing collection of Ancient Armies…..you can never have enough. Now the army is based nicely for Impetvs (Basic Impetvs to start) with a total of  eight cavalry units, six infantry units and a artillery unit (just missing some missile and skirmish units to complete the army), I can soon hopefully have them on the table to battle a few barbarian hordes. 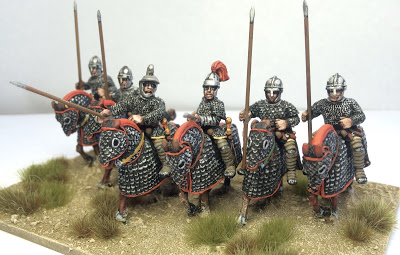 The only unit of Cataphractarii (CP) 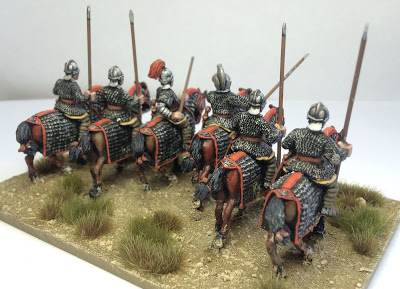 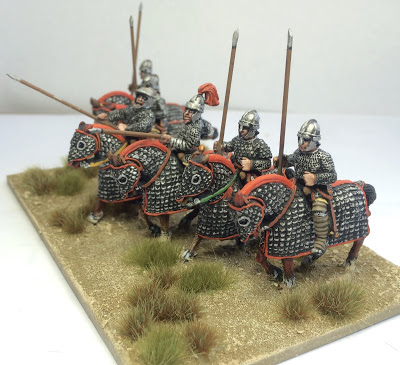 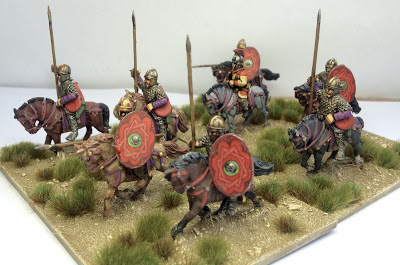 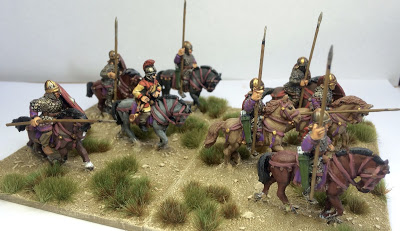 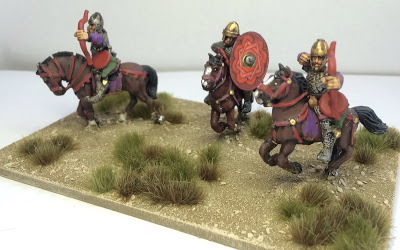 One unit of Equites Sagittari (CL) 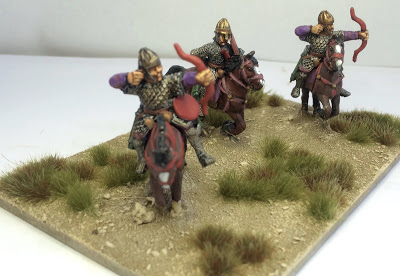 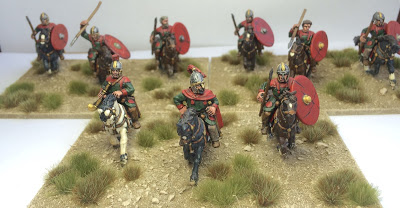 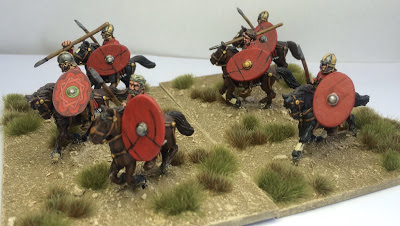 One unit of Artillery 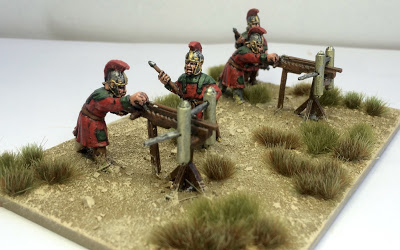 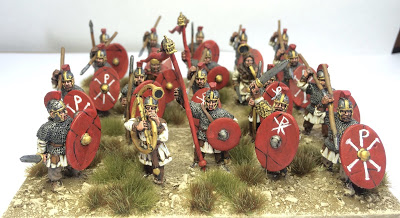 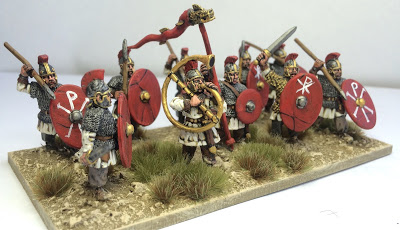 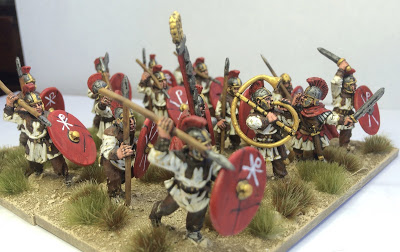 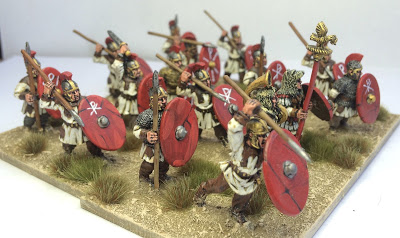 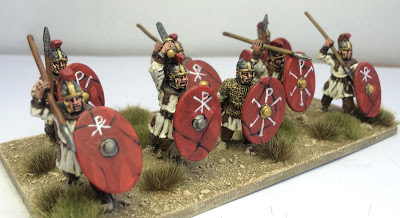 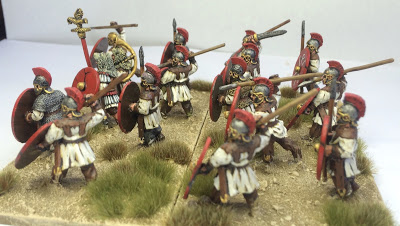