Into the Sands of Nile with Gerry Webb – TSATF

Tags:SudanThe Sword and the Flame

Last Saturday afternoon I was fortunate enough to catch up with Gerry Webb, of Castaway Arts, and have another fantastic game of The Sword of the Flame (TSATF) with his good friend Peter Leach. As usual, Gerry put on a great game, myself and Gerry played the Mahdist forces and Peter the Imperial force. 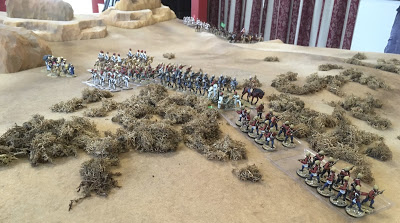 The British firepower when in closer order caused some staggering loses for the Mahdist troop and a standard was shoot down…however somehow with the will of ‘Allah’ they were able to come top grip with the dreaded infidel on a number of occasions. But the good British steel bayonet was able to push them back and cause further casualties. 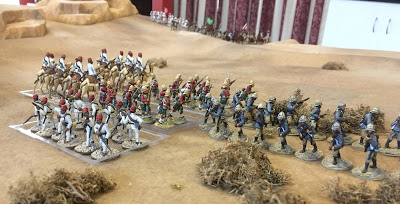 But after repeated charges the Mahdists forces were able to inflict frightful loses to the British but in the end, it was not enough to destroy them and with the cover of darkness the remaining Mahdi warriors drifted back into the night….Only then were the last remaining British troops able to bury their dead and carry their wounded down to the Nile. 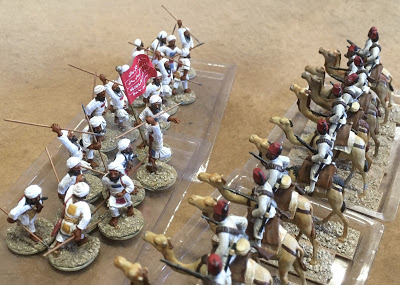 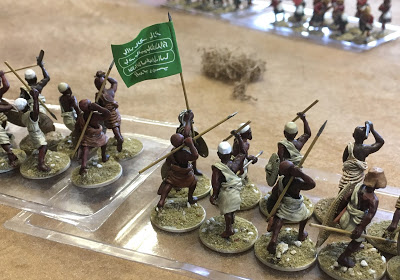 More brave warriors charge out of the dunes 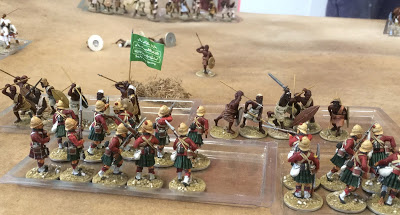 But are shoot down and bayonetted by the score 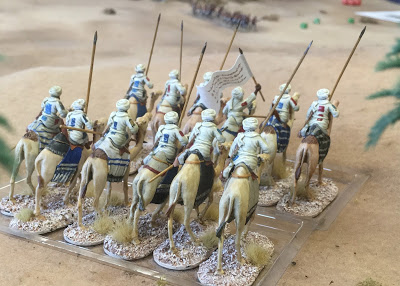 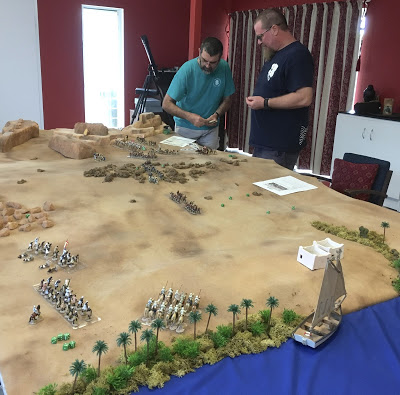 Another charge comes to a halt against the Highlanders

But while Gerry’s warriors are keeping Peter’s rear guard occupied my troops charge out from the dunes on Peter’s opposite flank. 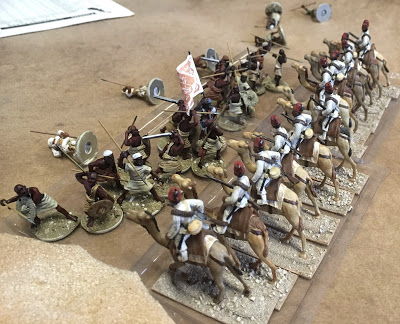 The Egyptian Camel Corps in action once again. 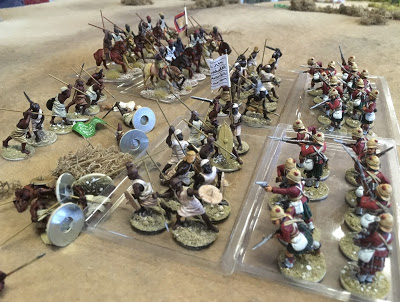 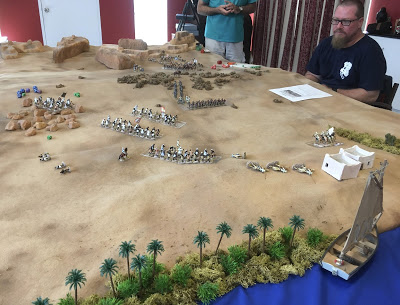 A great view of the battle. Clearly seen are my warriors charging in four lines towards the infidel. 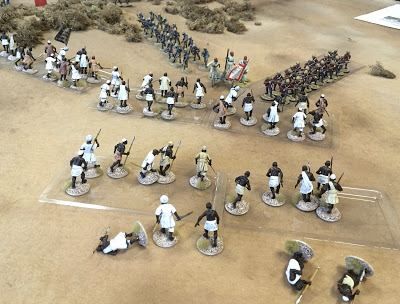 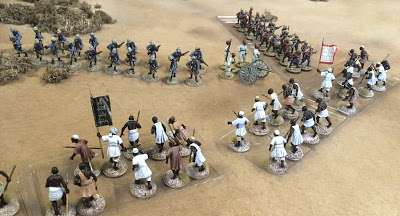 I finally make contact with the infidel…kill the gun crew and capture the gun….but when it comes to charging on an into the exposed flanks of both the British companies my brave warriors decide not to charge home and fall back and for some reason go prone….. 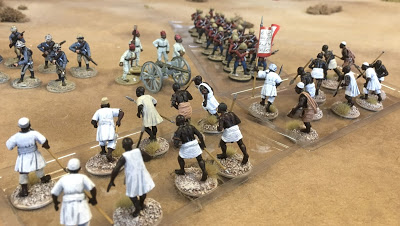 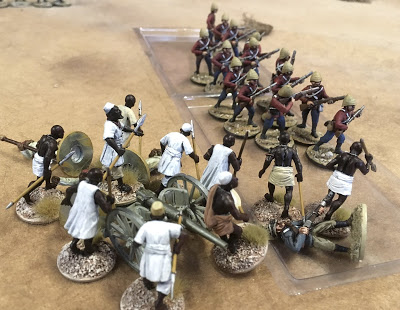 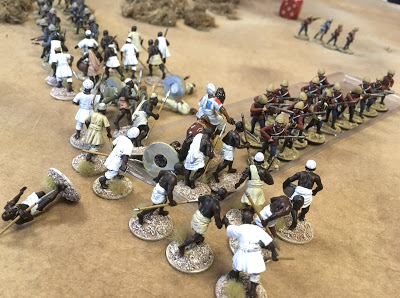 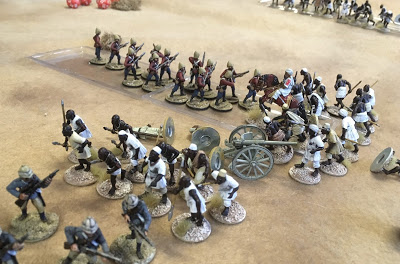 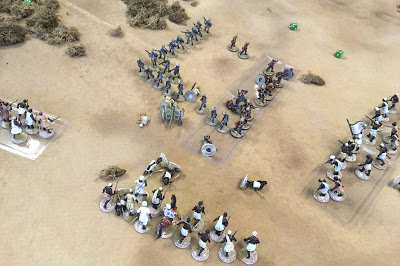 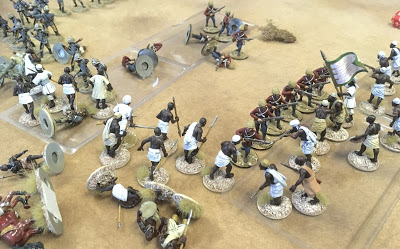 Slashing left and right they cut down the infidel….but in turn they to suffer heavy casualties…..too many to continue the battle and they fall back into the desert. 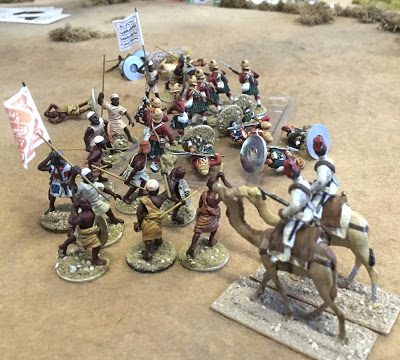 Great game thanks Gerry and Peter and a great set of rules.