Tags:AncientsImpetusImpetus AncientsWargames Foundry
Finding time to paint these days has been hard especially balancing work, family and gaming, however, I did manage to finish painting and basing a unit of Greek cavalry with their supporting Hamippoi for my Basic Impetus army.

In basic Impetus, there are three Ancient Greek Armies that can utilise the combination of cavalry and infantry, which give them the opportunity of throwing point blank weapons (PBW) in the very first round of combat. This ability…if you roll well, can certainly give you an advantage. The listed armies notes to have this ability are Thebes, Thessaly and Magna Graecia.

The figures are all from the fantastic Wargames Foundry Classical Greek range, which is still some of the nicest 28mm Ancient Greek figures available and are fantastic to paint. As you can see I have based them up for the very popular Basic Impetus gaming system, which is one of the mainstream Ancient gaming rules used here in Australia. 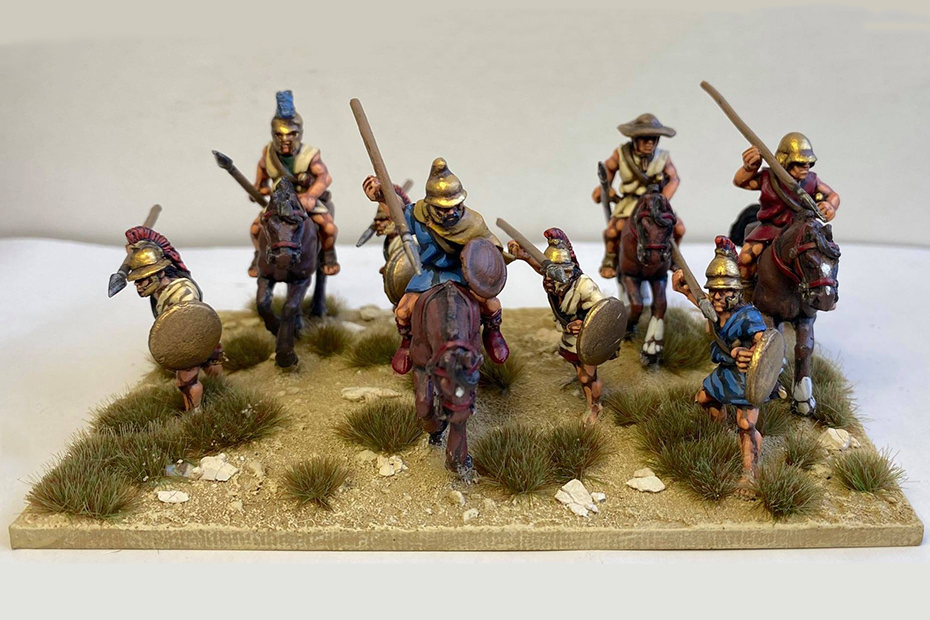