Well I finally managed to paint up another Spanish Battalion for Shako. It has only taken two weeks for me, which is very fast. The blue uniforms and lack of facings saved me on time I think. Anyway most of my Spanish Army for the 1808/09 period are wearing bicorne, but it was a good friend of mine who suggested that I should branch out and paint up a few units in the round hats. I will have to agree now that it was a good idea and when the army is placed on the table a few different uniformed units works a treat to the eye. The battalion I have just painted is that of one from the Army in Andalucia, which was supplied with blue cloth from their British Allies. I have taken the colour of the uniforms from the Osprey Men at Arms Spanish Army (2) 1808 -12 plate G3. I have one other Battalion to do in the same colour then I might branch out and order another two battalions (but I will see how deep my wallet goes first).
Enjoy. 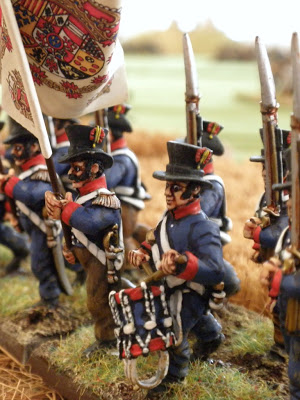 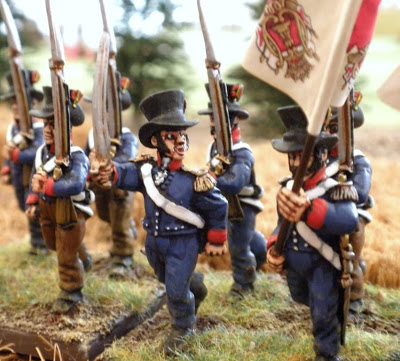 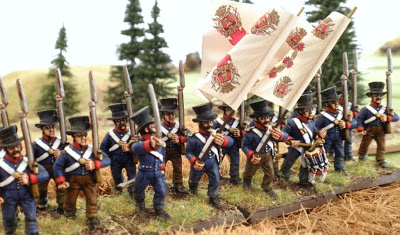 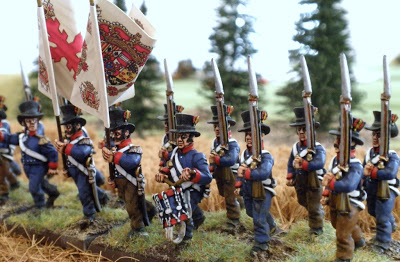 7 thoughts on “Front Rank Spanish Infantry in Round Hat”