In preparation for our Anglo-Zulu War game today I thought I might take the opportunity to snap a few images of some of the units participating in the battle. The first unit shown is a troop of the 1st Dragoon Guards, followed by a section of Royal Artillery and lastly two companies of 3/60th Rifles all would also see further action in the 1st Boer War. The first two units have been painted and based by Brian Buskell and the 60th Rifles have been painted by Leroy Simpson. All the figures are from the fantastic Empress Miniatures Anglo-Zulu War range. 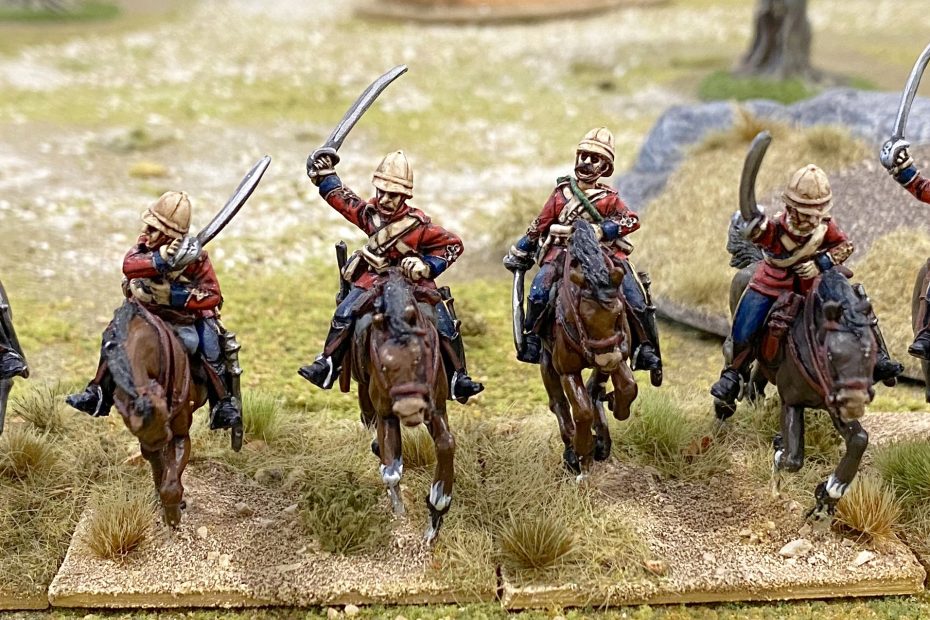