Over the last few days I have been basing up two battalions of Elite Miniatures Early Napoleonic Prussian Musketeers for my own collection. The figures have been painted by the very talented team at Reinforcement by Post, who seem to do an outstanding job at painted Elite Miniatures.

I have asked the RBP Team to paint the figures to represent the IR #10 of von Ruchel’s Corps at the closing stages of the Battle of Jena 14th Oct 1806. I intend to collect at least 16 battalion, artillery and supporting cavalry over the next 12 mths……well that is the plan.

The Elite Miniatures Early Napoleonic Prussian range has not really been in the limelight like other similar ranges but over 20years since they were designed I think they still stand well to the test of time and are up there with the latest productions. But I will leave that up to up. 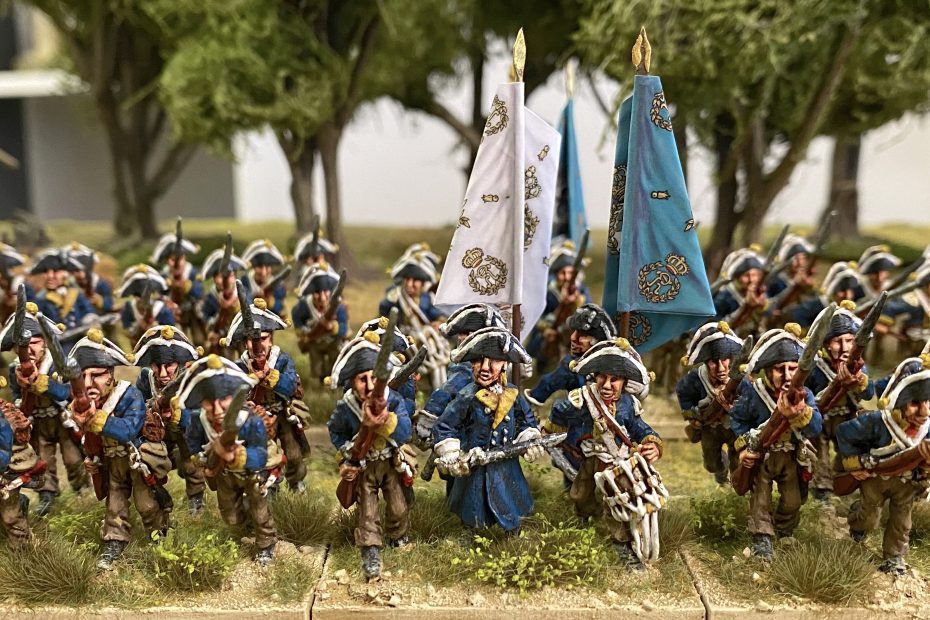