Another of my more recent basing projects for John Maguire’s fantastic collection of Impetvs Armies has been completed. The Army is an Early German warband which could also be used for the Cimbri and Teutoni Army. The army consists of eight warband stands, three javelinmen stands, three archers stands, one medium cavalry stand and when playing the larger games I have based three command stands from the spare figures left over. All figures, I think, are Wargames Foundry but I could be wrong and some have been converted a little to add character. Unfortunately, I am unsure of the painter but I will hopefully find out in the next couple of days so that I can credit him with the painting. Enjoy 🙂 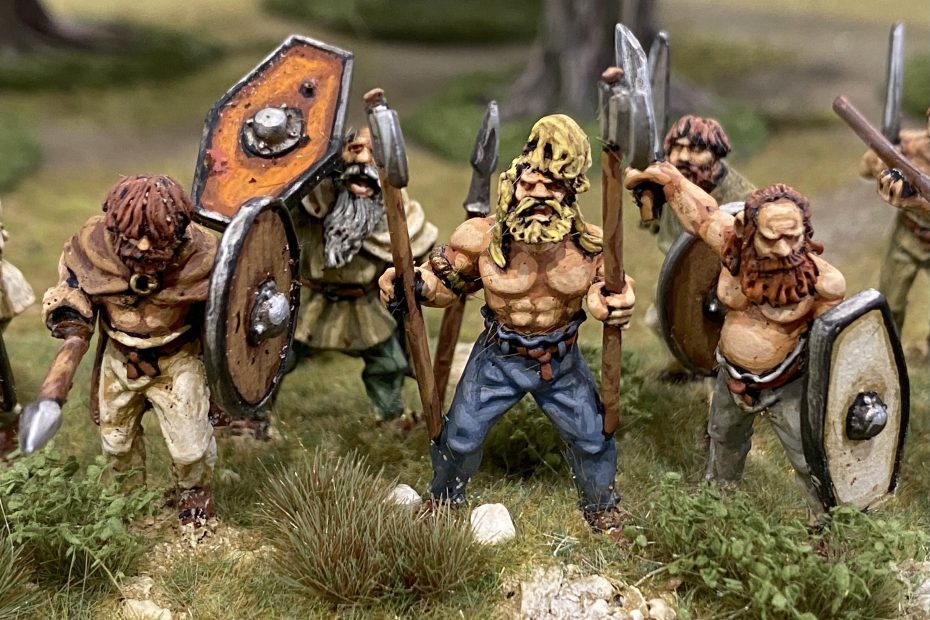