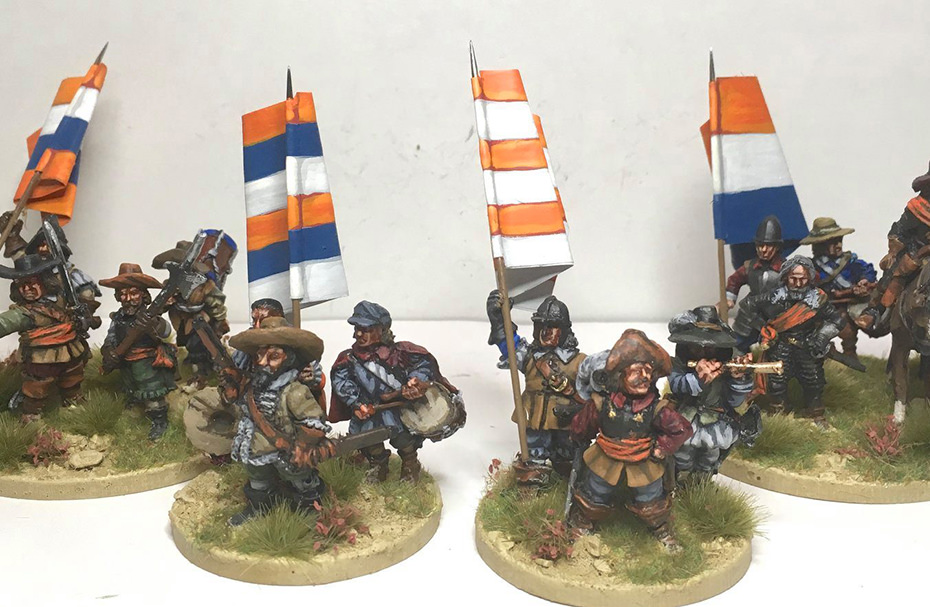 Over the last couple of years, I have been slowly building a Dutch Army for the 80YW or the Wars of Independence from the Spanish. The Army is almost completed with only a light cavalry regiment and another artillery battery to paint, which will finally complete the set. The latest additions to the Army are four more command stands for the infantry regiments. Two brigade commanders (four figures) and two sub commands (three figures). 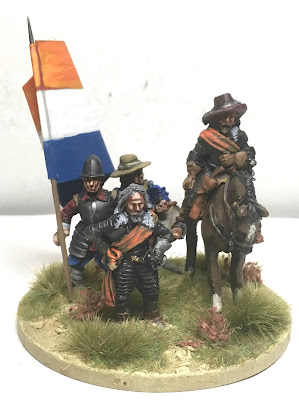 The majority of figures are from the never ageing Wargames Foundry ECW/30YW range, however the mounted officer, the officer standing next to him and the standard bearer on the same base are from another outstanding range called Bohemian Miniatures. 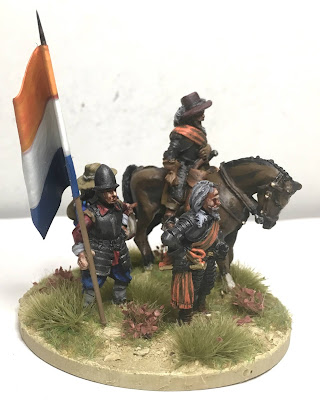 The figures have all been painted by my good friend Leroy Simpson and the flags and basing have been completed by me. I have based them basically for any set of rules but currently we are using a great system called Baroque. 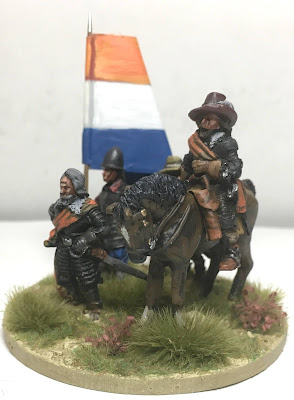 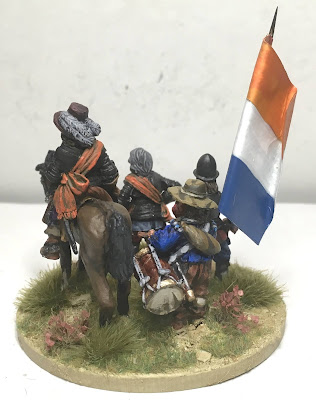 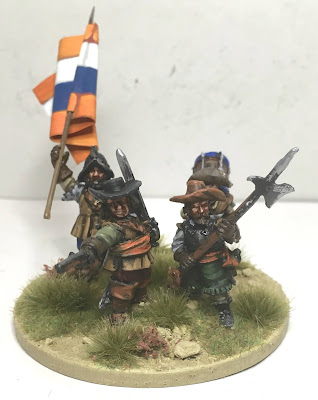 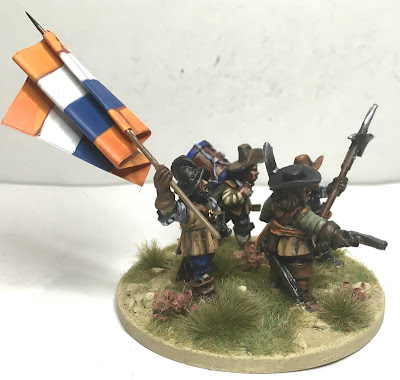 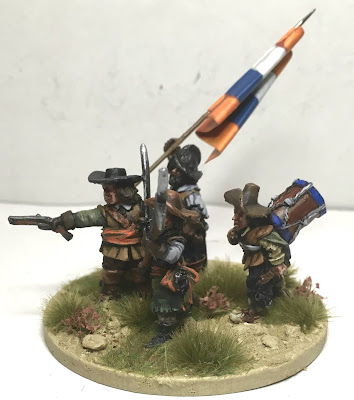 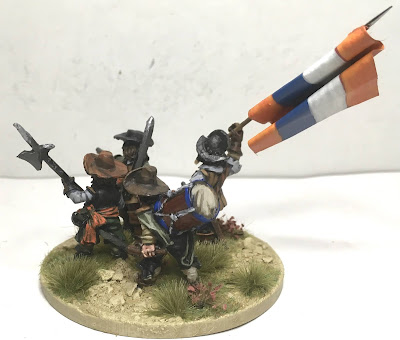 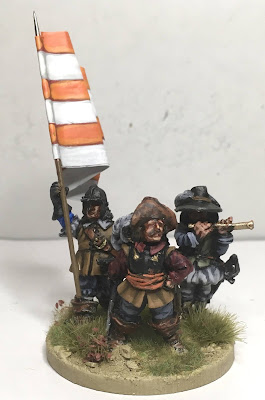 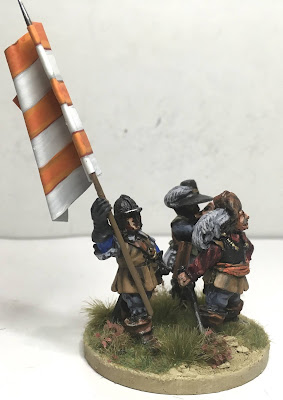 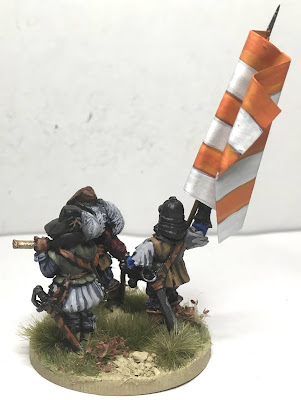 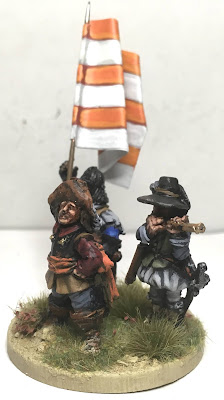 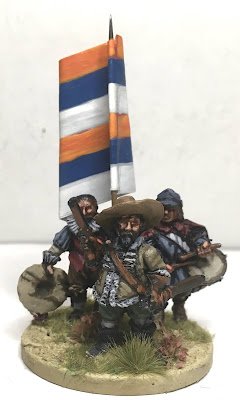 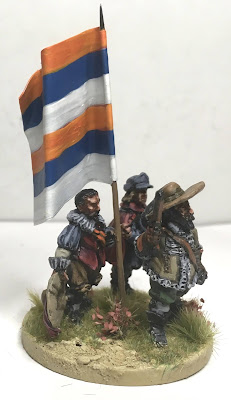 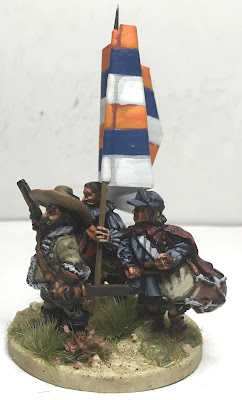 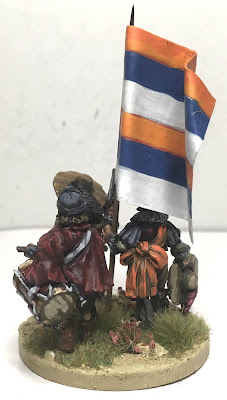