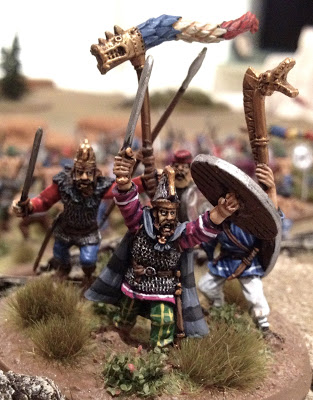 Last night myself and Jeff Smith played a nice little game of Basic Impetvs with Roman and Dacian Armies. The figures were mainly from Andrew Parr’s collections, which he purchased from War Dragon, Dragon Painting Service and a couple other eBay sellers. Andrew rebased the figures for Impetvs only recently and now they have seen a little bit of war in North Queensland.

I only managed to take a few images from the game, basically the last five images on this post, all the other images were taken just before the game. One of the good things about the basic Impetvs rule set is that your armies do not have to be large and the armies are already written out for you, which means lest time wasted thinking about the composition of the army. Plus the rules are ideal for club nights with limited time. We have now played about ten games and have enjoyed the experience. Our Dacian game played well, I (Dacians) seemed to have the upper hand in the first few rolls of the dice and managed to get the first few charges in, pushing Jeff’s Romans back. However the Early Imperial Romans proved very strong with their VBU of 6 and in the end my lightly dressed Dacians fell in mass to the Roman pilum and gladius. I even thought my unit of Sarmatian cavalry would have  done a little better, but out of the ten dice I rolled no hits were scored…the story of my life. Even though Impetvs does not require command stands we used Andrews’ command bases to notate disorder. The Dacian falx armed warriors proved though enough to stand up to the Romans, however they were too few in number. 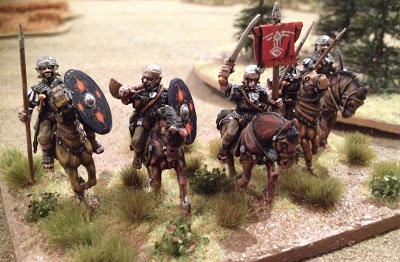 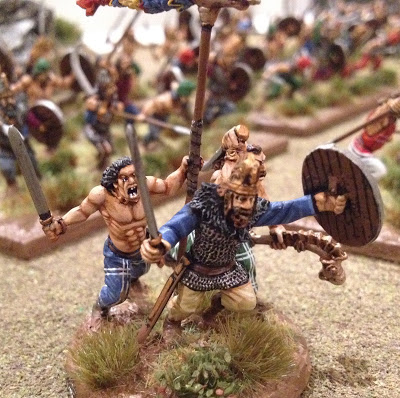 Dacian Command stands (above & below) which we used for disorder markers. 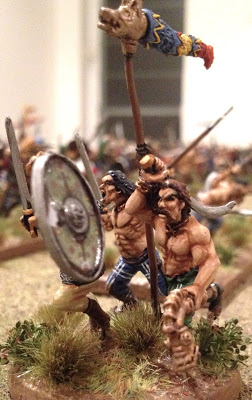 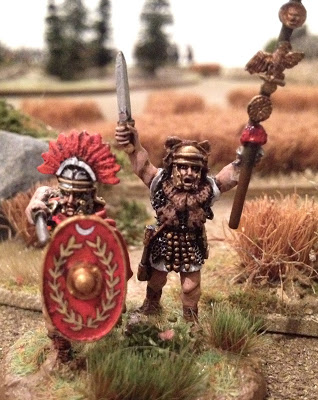 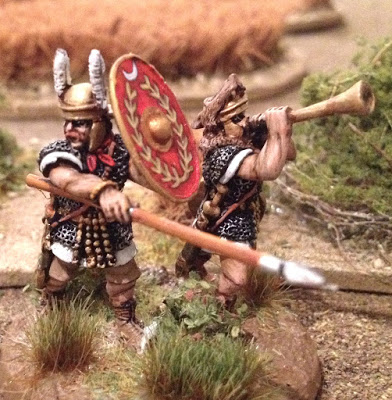 Warlord Games Praetorian (they did not see battle last night) 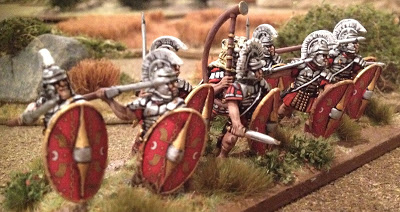 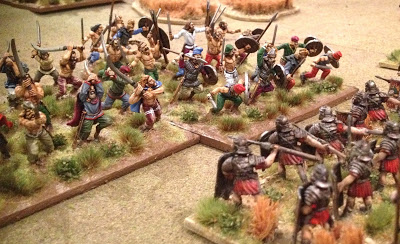 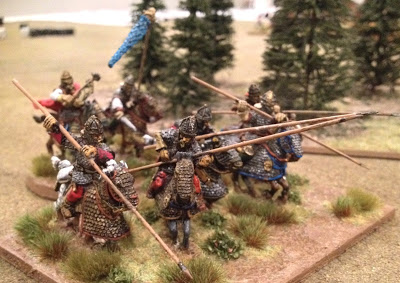 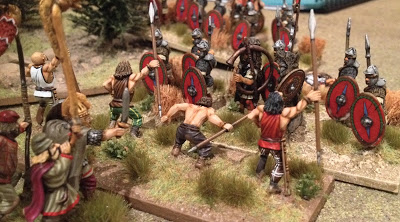 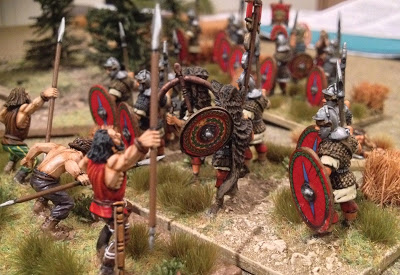 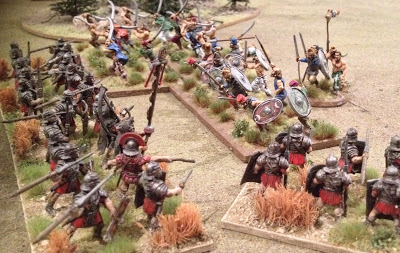 With their warband about to be flanked the Dacians still put up a stiff fight but were soon hacked down.