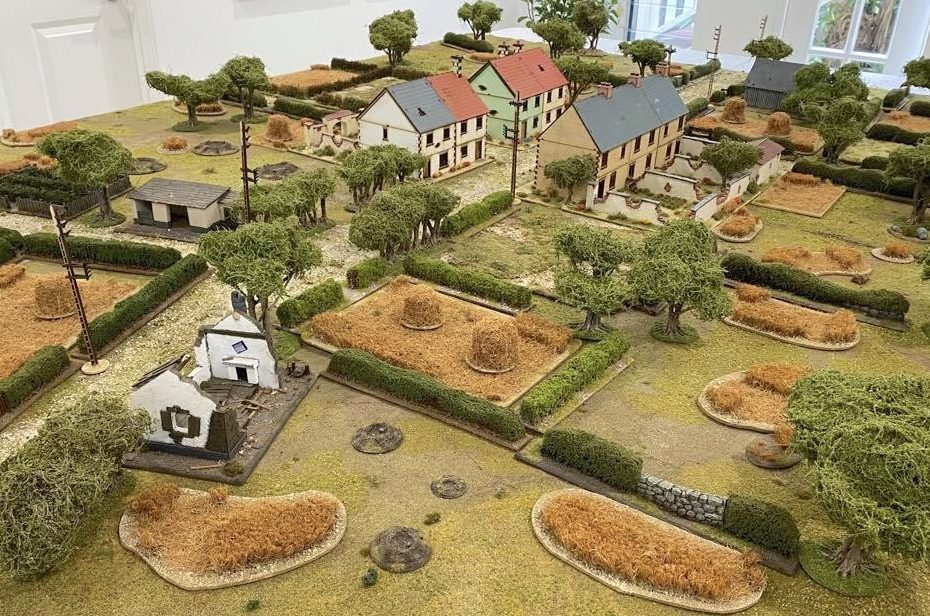 Last weekend myself and a couple of lads from the club played a great WWII Bolt Action game based on the British paras vs a German Wehrmacht mechanised battlegroup. The scenario was for the British Paras to set up first and defend the supply drop zone from German attack.

The Germans mission was to take at least 2/3 of the drop zone. Tough job for both the German lads and the Paras.

The Germans put in two attacks, one on the British Para’s right flank and the other on their front. Unfortunately for the Germans they lost their platoon commander in the third turn, plus the HMG team.

The Para’s soon release where the German attack was coming from and moved troops accordingly. However the German troops, even after loosing their platoon commander still put up a good fight and the assault engineer squad soon made ground against the Paras successfully assaulting two sections of Paras and a sniper team.

But fortune was not on their side forever and they were soon assaulted themselves and defeated by a determined counter attack. In the final two turns the Germans tried to out flank the British Paras and hit them hard on their right flank, capturing a section of Paras but again like in the centre a determined counter attacked by another British Para section destroyed two 251 Hanomags and their supporting troops.

It was all over a victory to the British Paras and the drop zone remained secure. Well done Tim Jolly for the the victory and Brian Buskell for commanding the German troops. The figures are from John Maguire collection and are all 28mm. The terrain was from my collection.