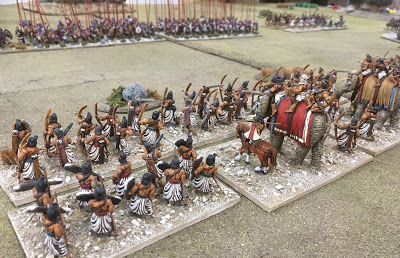 Last weekend Myself and a couple of like minded chums played a great double game of Basic Impetvs.2 The forces arranged against each other were Alexanders Imperial Macedonian Army Vs Classical Indians. Because there were four of us playing I decided to double the size of the Basic Army by, as suggested in the rules, adding another army to the game by using the 1st Option for both armies. This worked out very well and provided all players with a command. 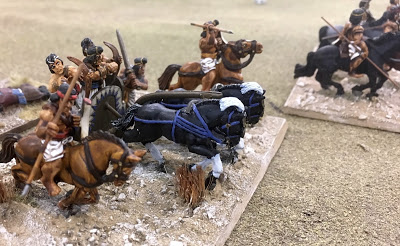 The game played well and as in other games we have played it came down to the last turn for who would be the victor for the day. In the end after a couple of hours of battle the Indian Elephants provided the Indians with just enough power to finally roll up the Macedonian pike blocks and finally claim victory. Though it was a though battle and as always there was plenty of banter between players. 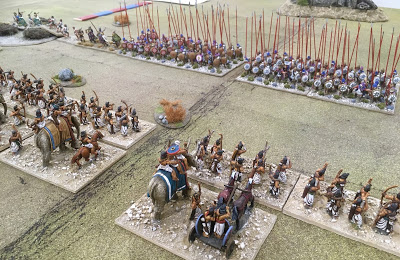 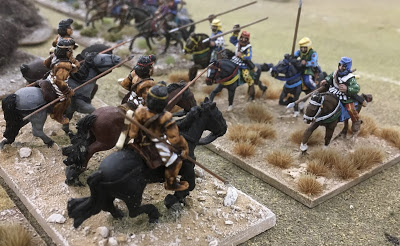 Indian and Persian medium cavalry clash on the flanks. The Persian cavalry proved superior over the Indians 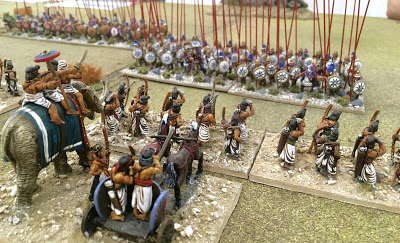 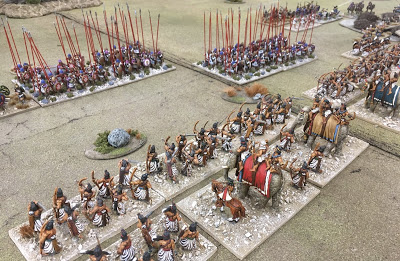 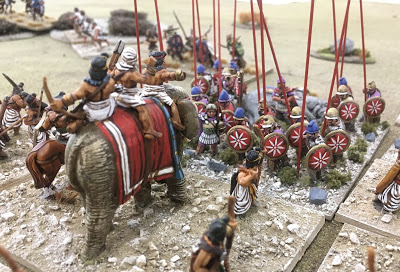 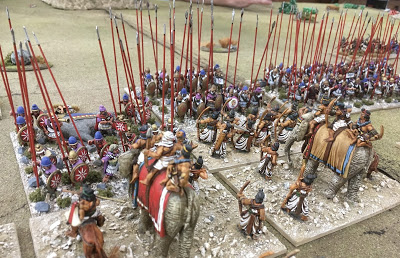 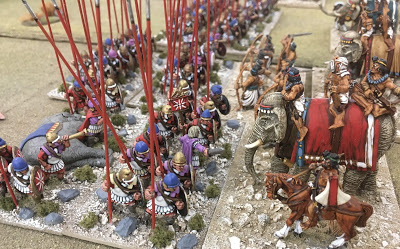 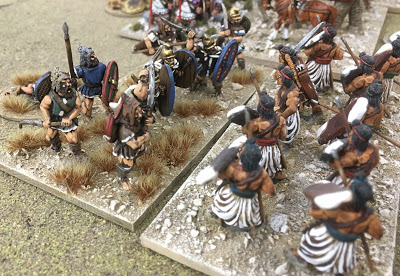 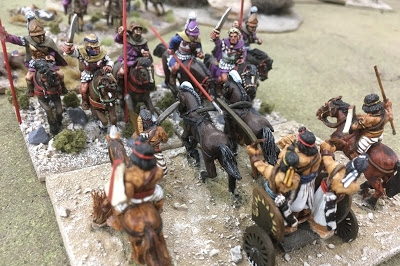