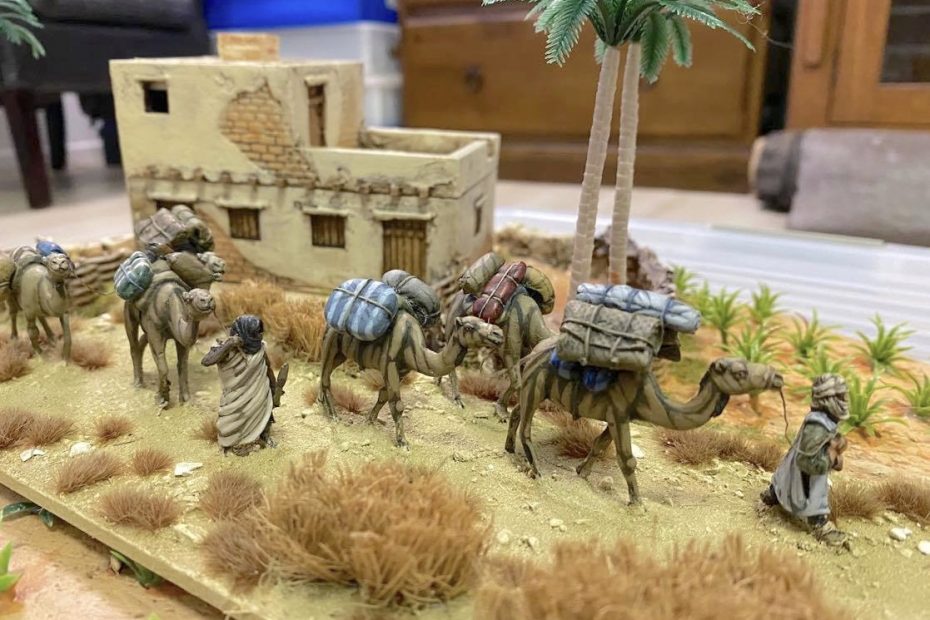 Just another rebasing project to fill up my weekend. This time I have made a baggage camp for the Parthian Basic Impetus Army I am working on, however the baggage camp can be utilised I think for various armies throughout the later Hellenistic Ancient Period, the early and later Middle Eastern Islamic periods and even up to modern time (including the Colonial period). The figures are from Castaway Arts and have been designed and sculpted by Gerry Webb the owner of Castaway Arts. Again the figures have been painted by Leroy Simpson just over ten years ago.