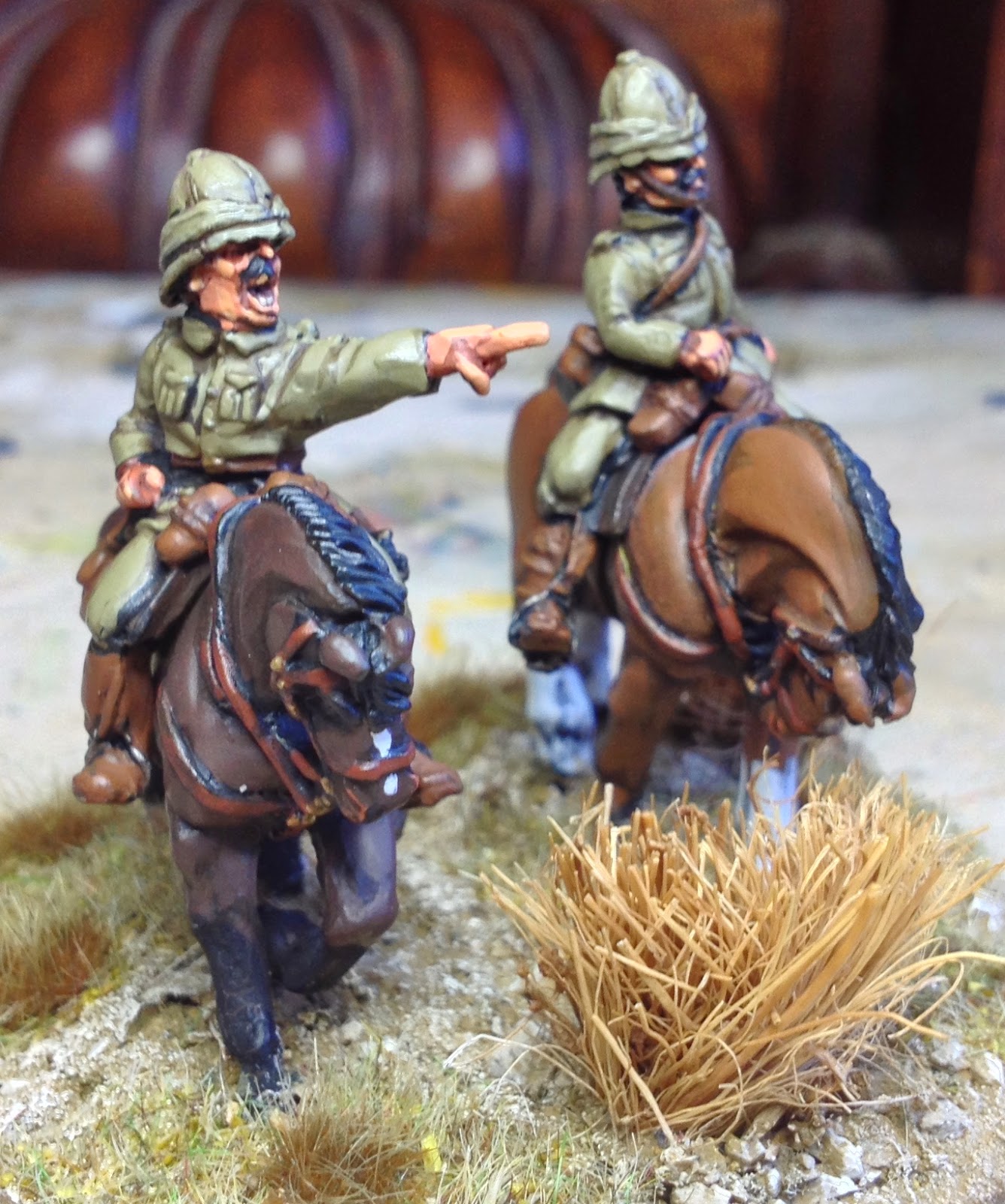 My final post for the week is of three mounted I have just finished painting and basing. All three figures are from Old Glory Miniatures British Boer range. There are six mounted officers in the pack however I gave three officers to Brian Buskell and I kept the remaining three. The first two pictured have been painted for either the NWF, Re-Conquest of the Sudan or the 2nd Boer War. The final single mounted officer I trimmed his pockets off to convert to a nicely posed officer of the 24th Foot for the Anglo-Zulu War. 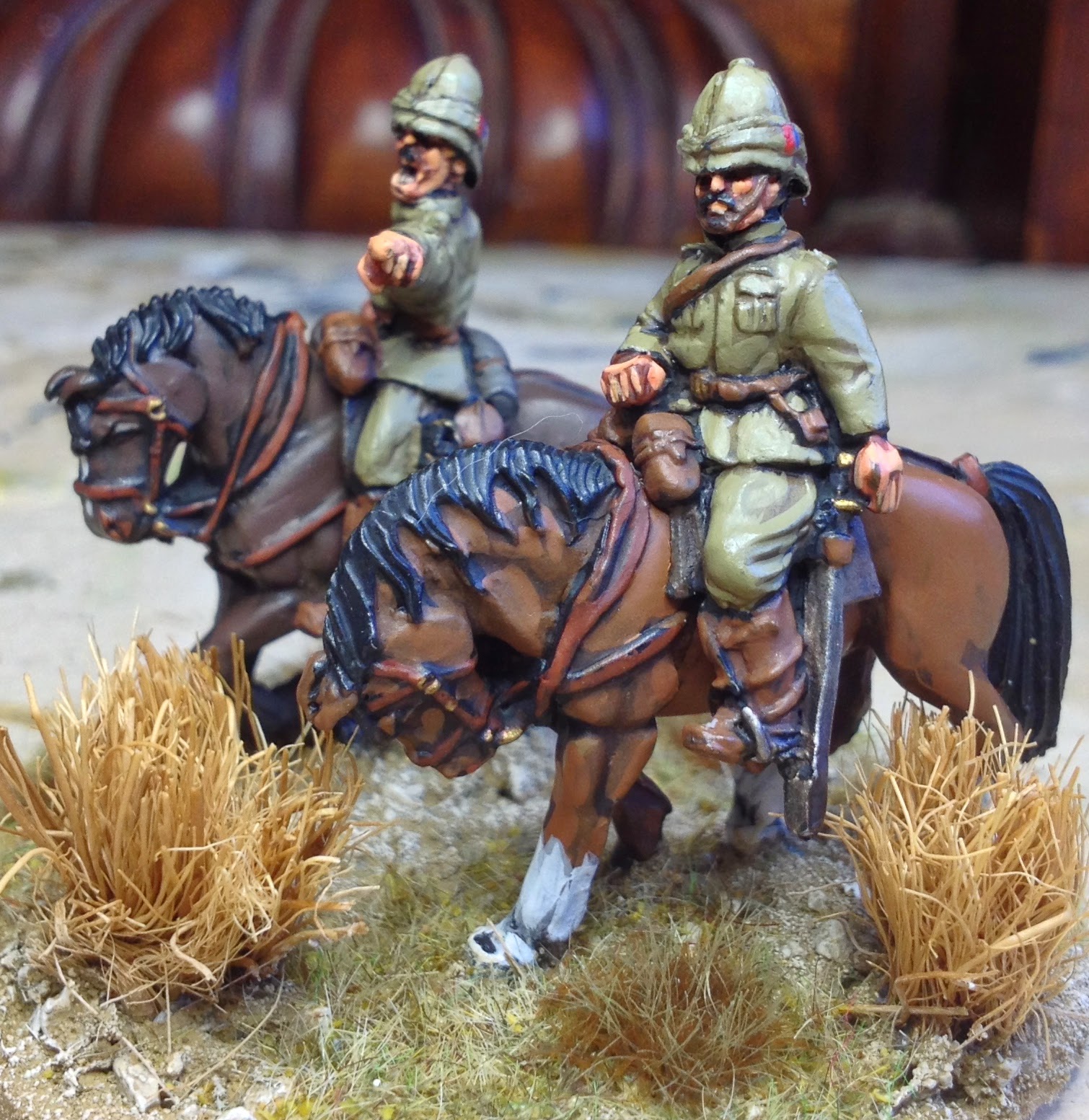 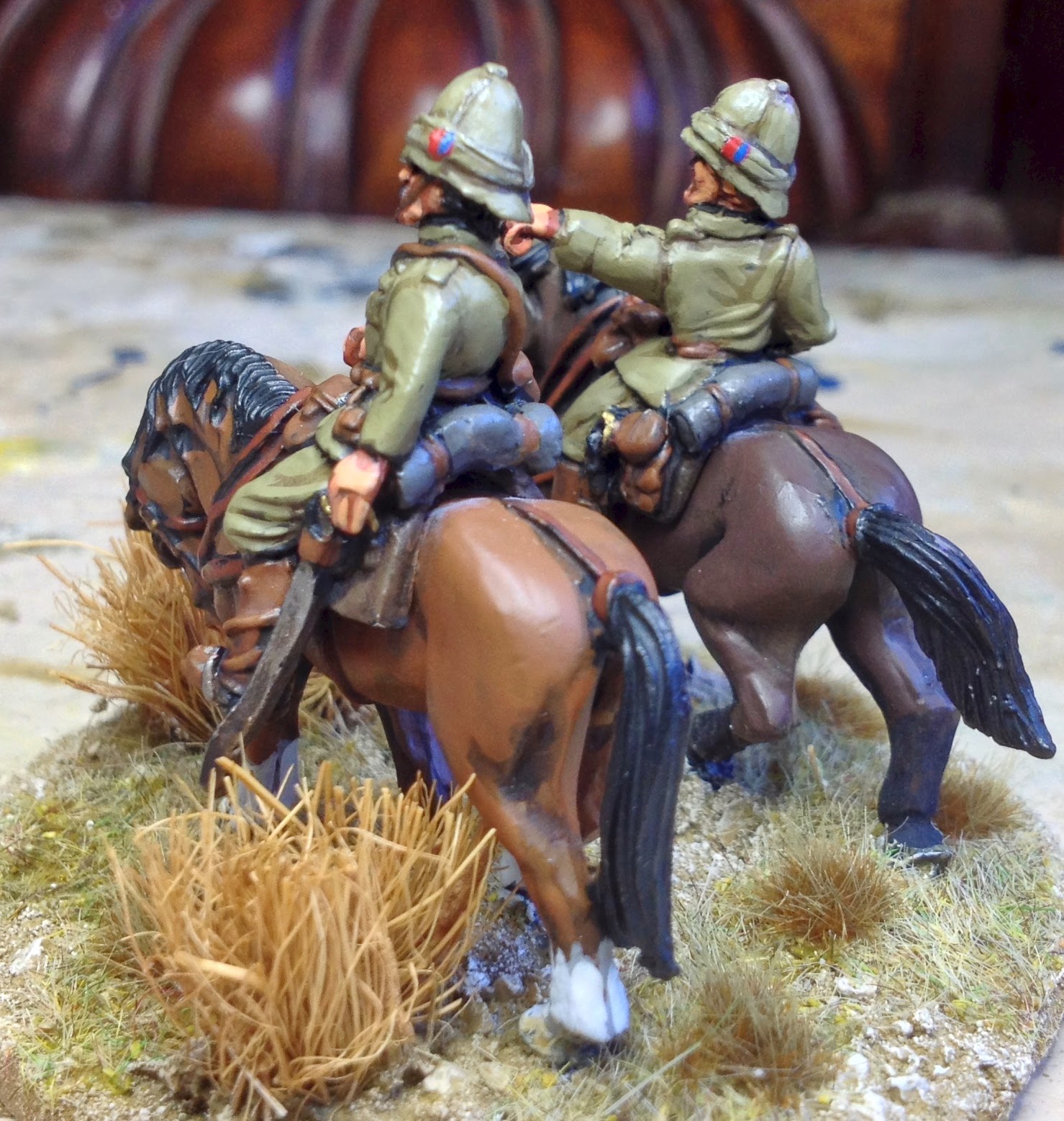 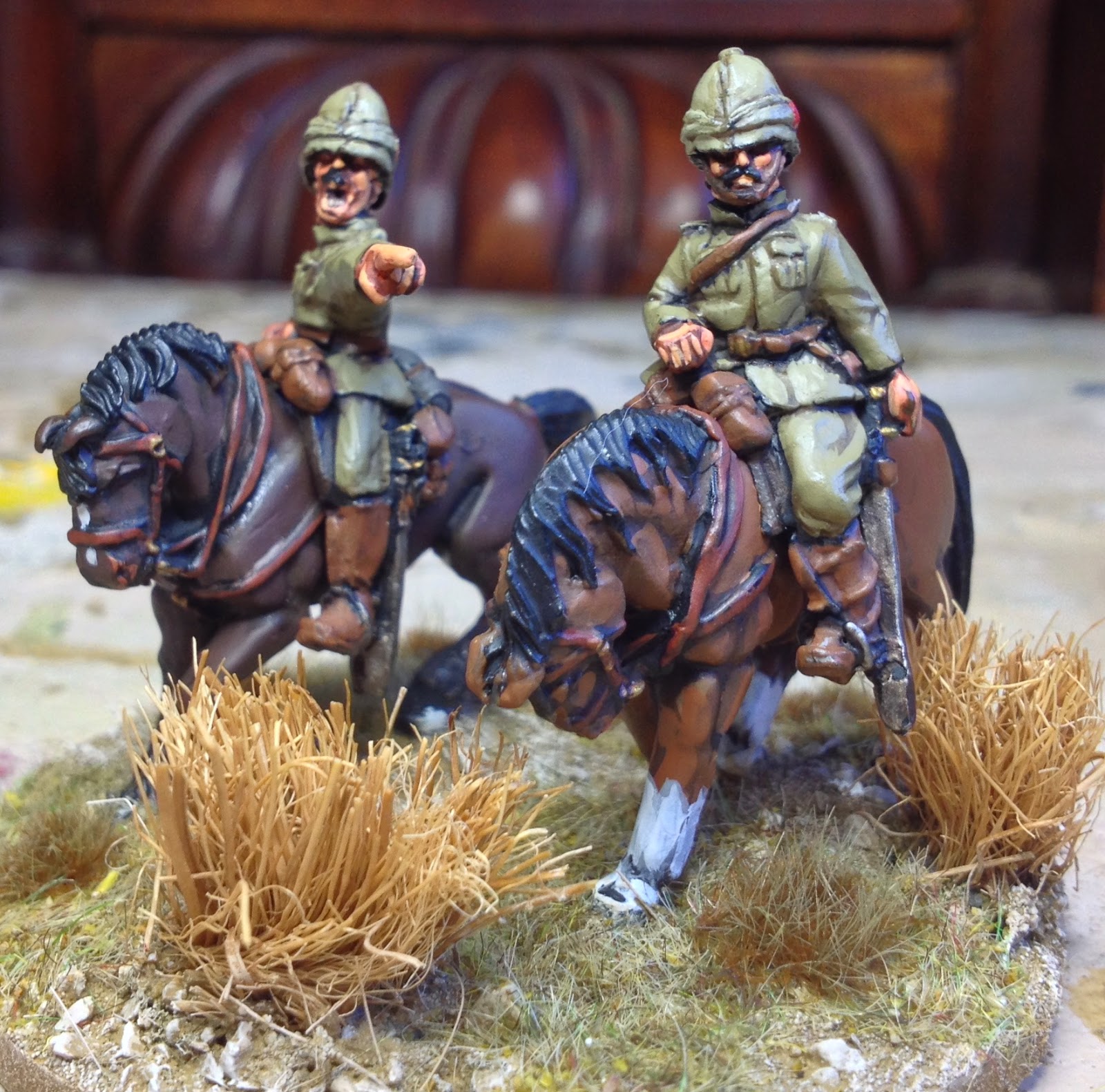 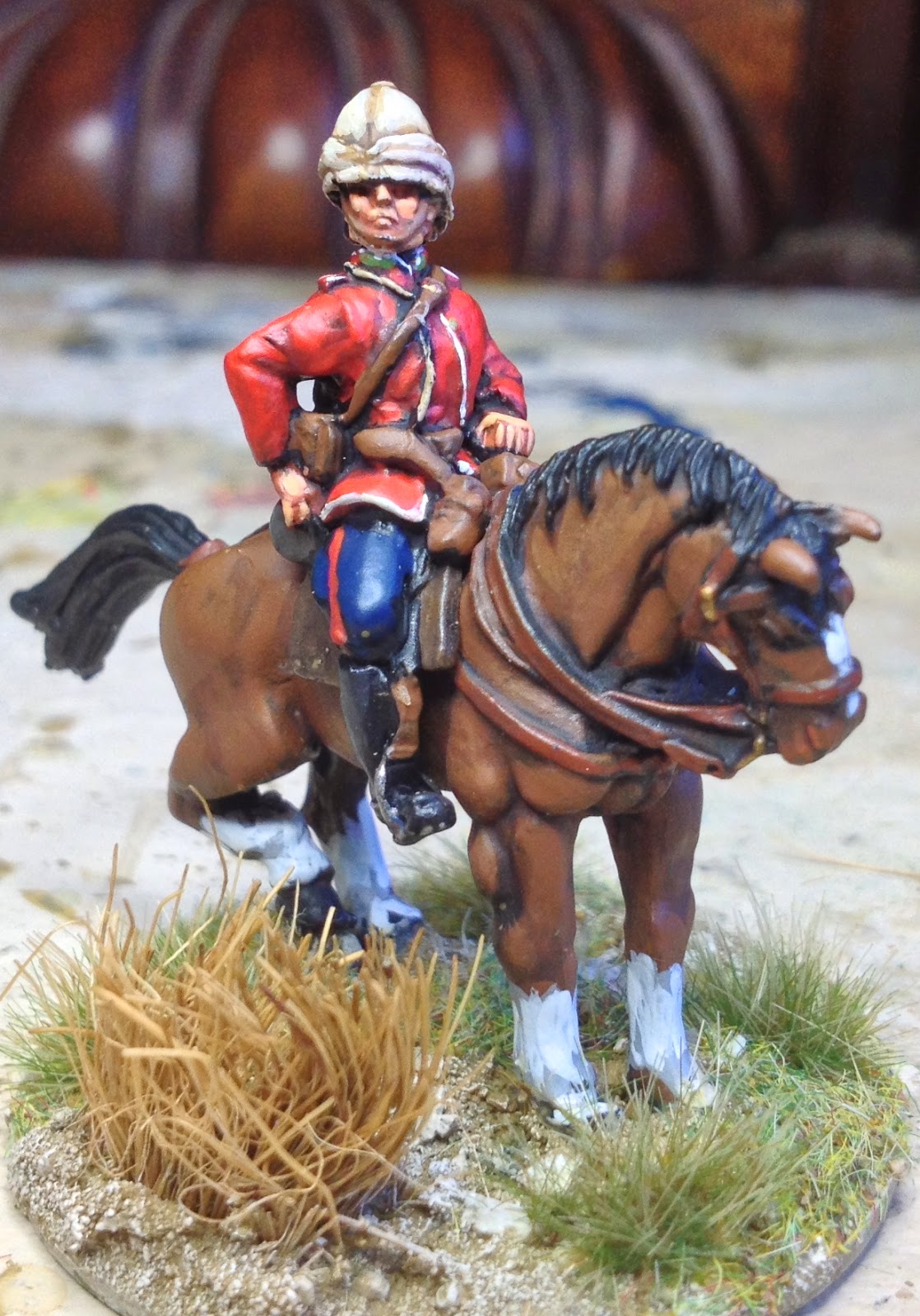 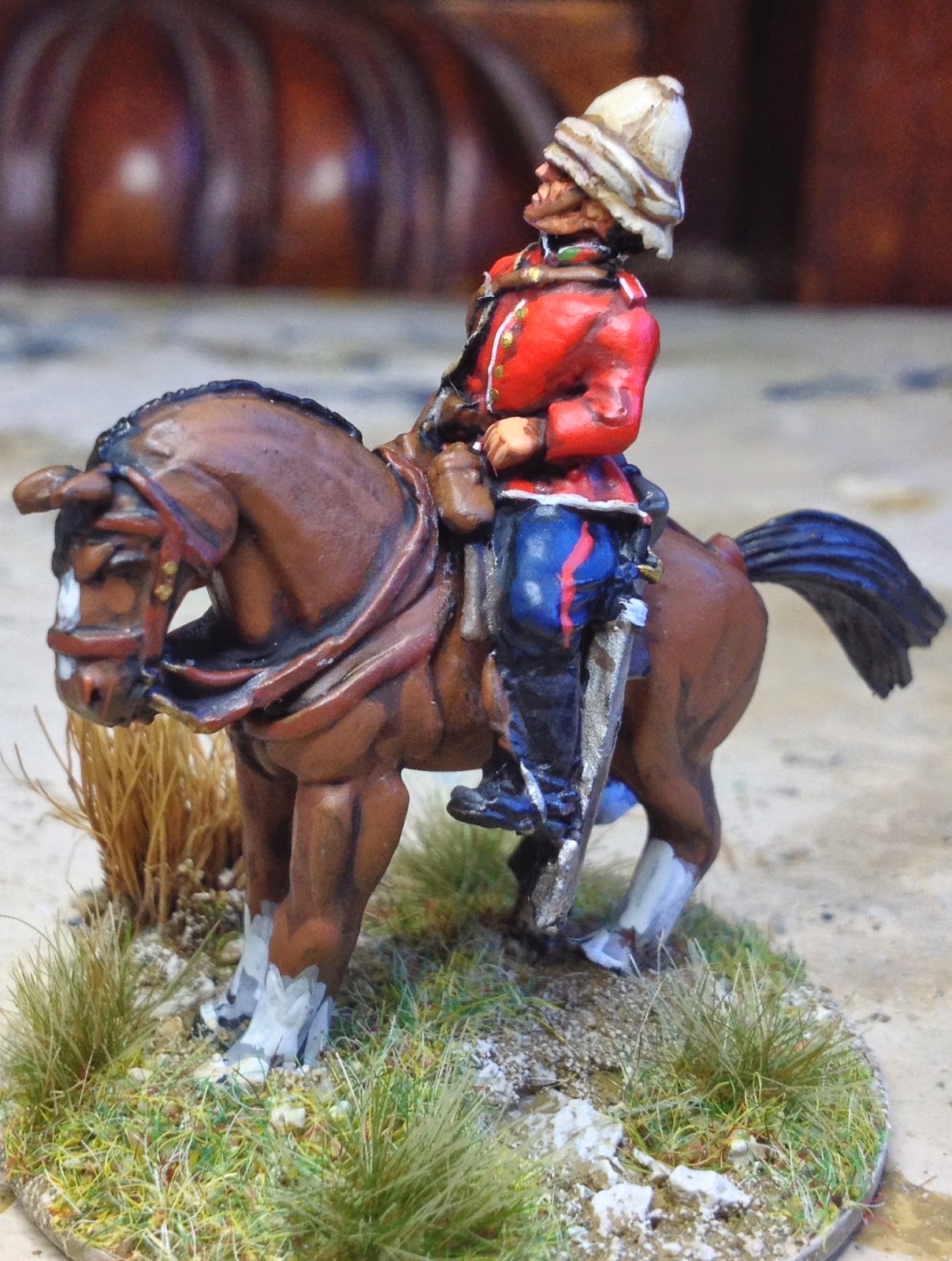 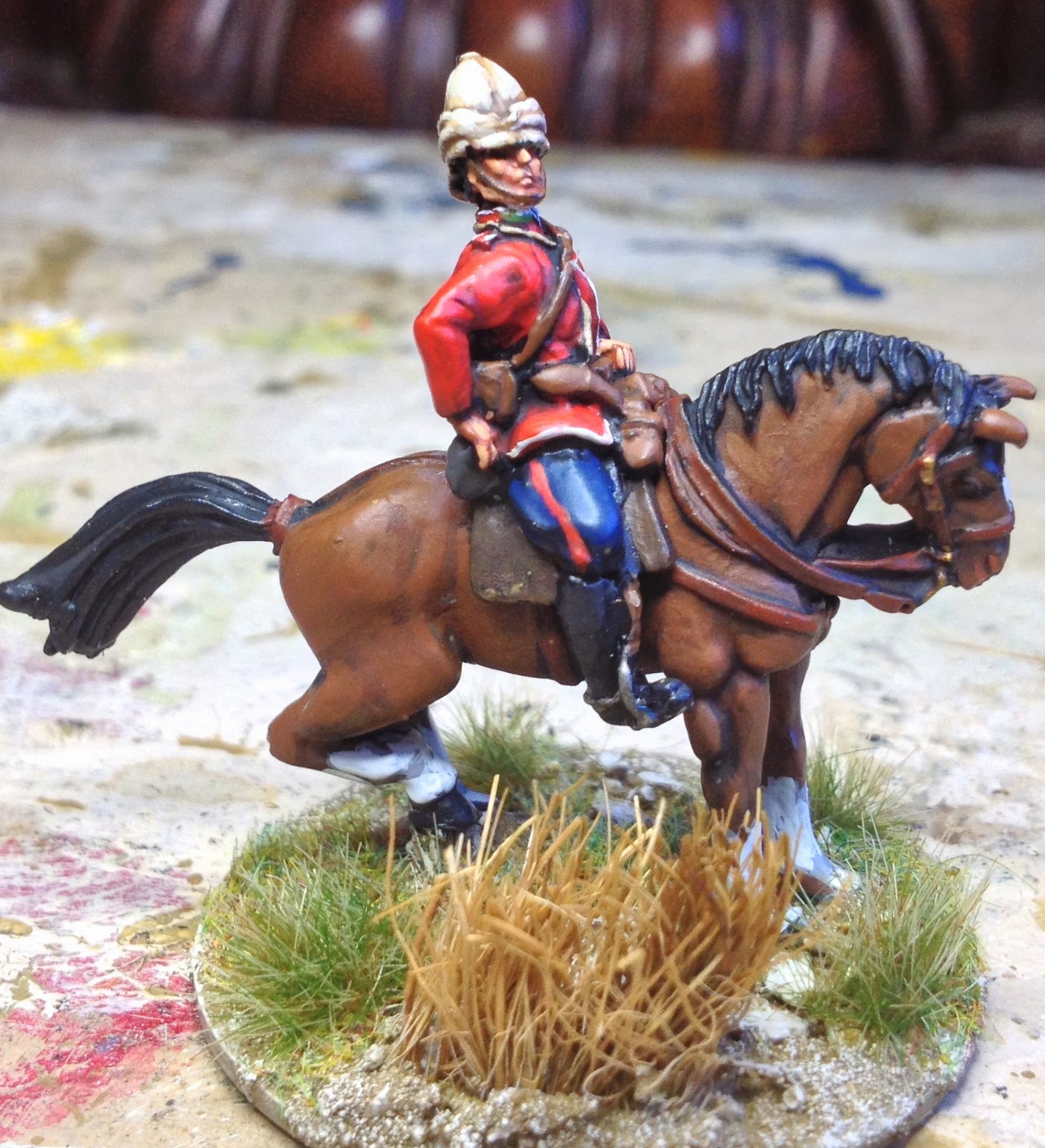