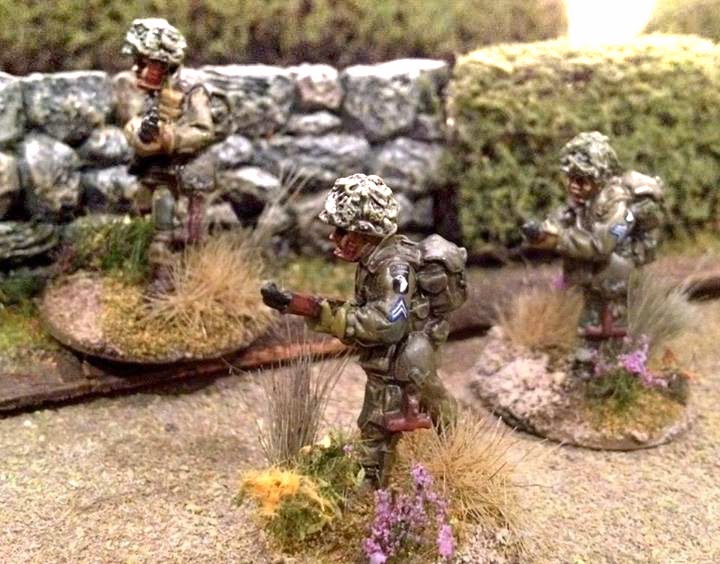 The images I have just posted were from a small Bolt Action game the lads played last Wednesday night. I had put the images up on my Elite Miniatures Facebook page but then lost them and again at last found them again so have added them up for those without FB onto my blog. The game was played between American Airborne company and a throw together German Infantry/SS company with a splice of A Bridge to Far to it made for a nice little game. In regards to the airborne drop of the American Company I decided to use the old Games Workshop artillery scatter dice on the first turn. So once LZ’s and Rally Points were marked I then got the American players to roll the two scatter dice for each trooper. IF they got a hit then the trooper landed within the LZ but if the got an arrow and a distance (5/10/15/20/25′) that was where the trooper landed. However if they rolled on the misfire side of the dice then that lad did not make it to the table.  About 10 paratroopers did not make the table. 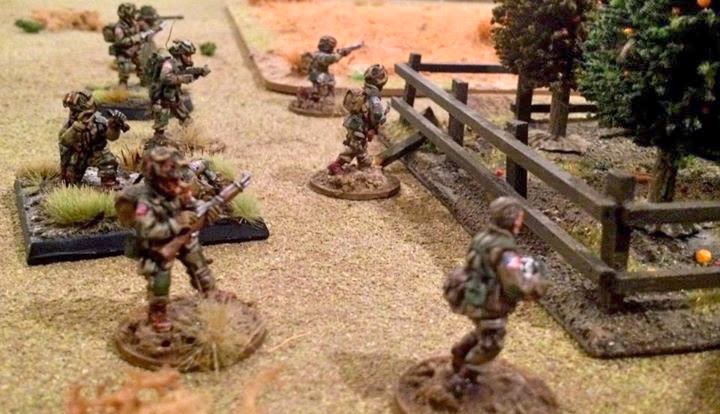 Once landed the troopers had to make it to the RV before each squad was allowed to make offensive manoeuvres. This made for an interesting game and allowed and put the Americans under a bit of pressure. However in the end their superior firepower and better training paid off and they were able to claim a decisive victory, but lost almost half the company. 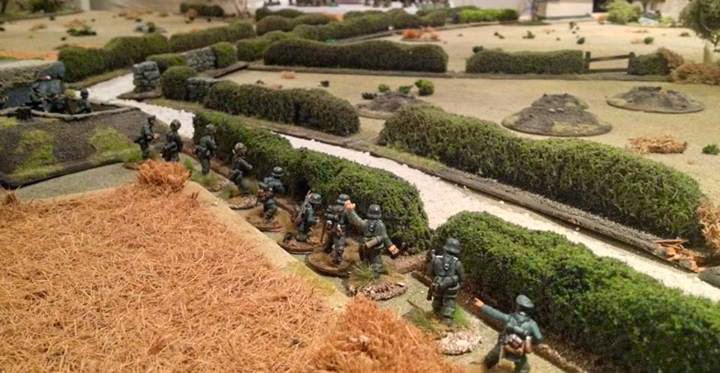 The Germans did put up a stout resistance and once the SS platoon made it onto the table they were able to put in a localised counter attacked and stop the American right flank attack cold. But this came a little too late as by the next turn the US Para’s had taken the crossroads and won the game.

The figures used for the game were from the collections of Brian Buskell and Terry Moran and most of the terrain was scratch build about ten years ago by the talented Leroy Simpson. 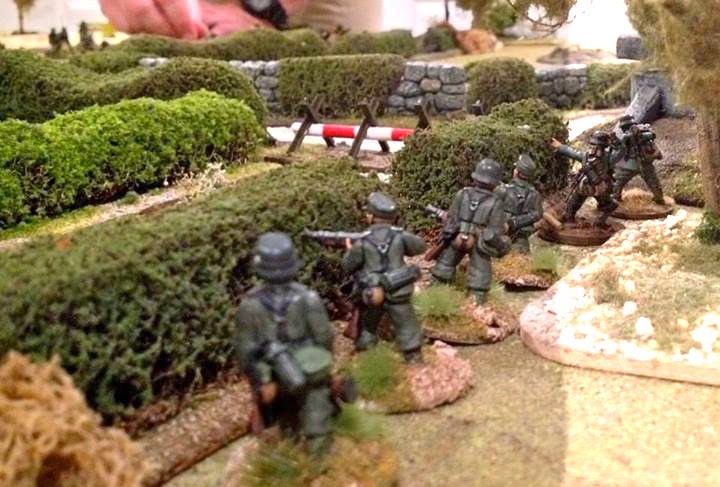 German regulars hold a strong position behind a hedgerow 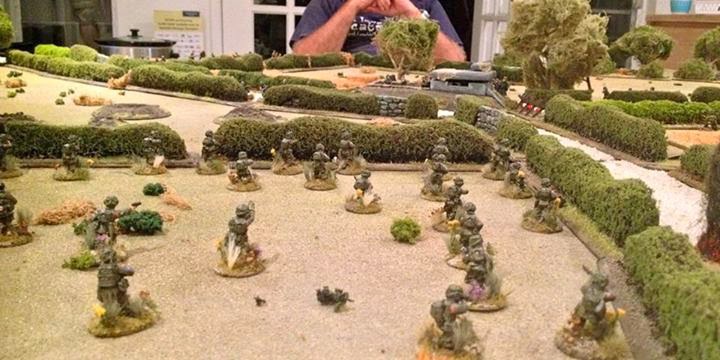 Once rallied the US paratroopers move forward to take the objective 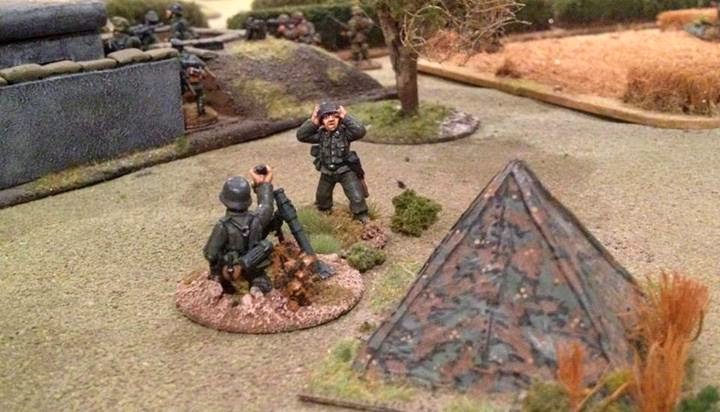 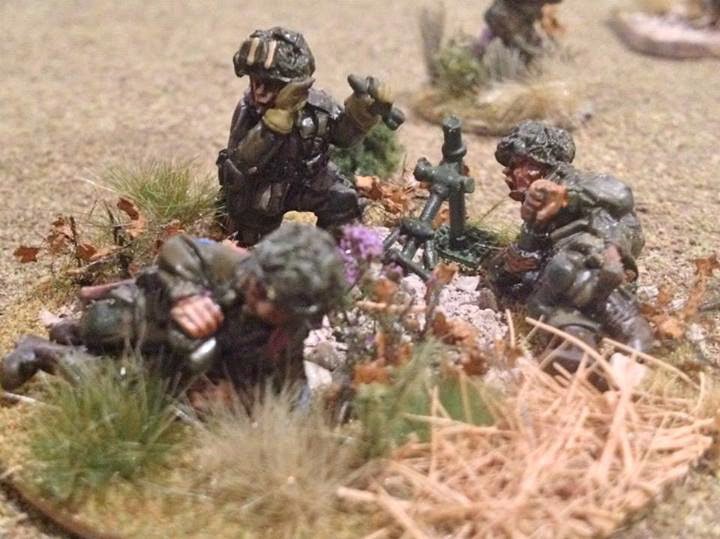 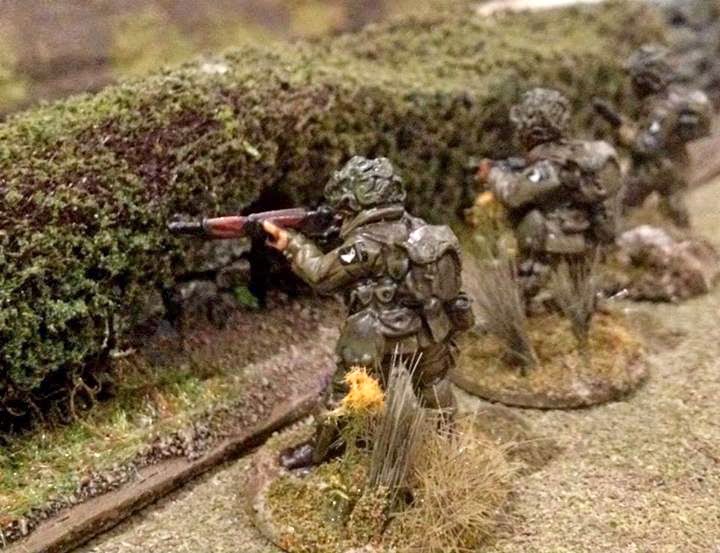 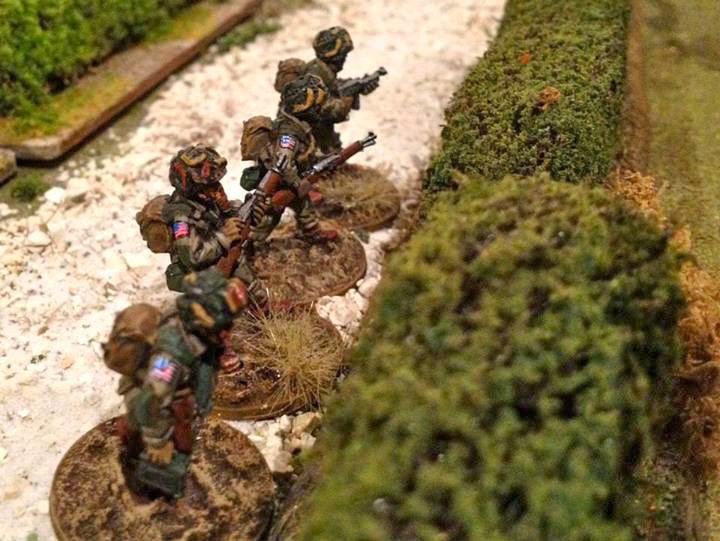 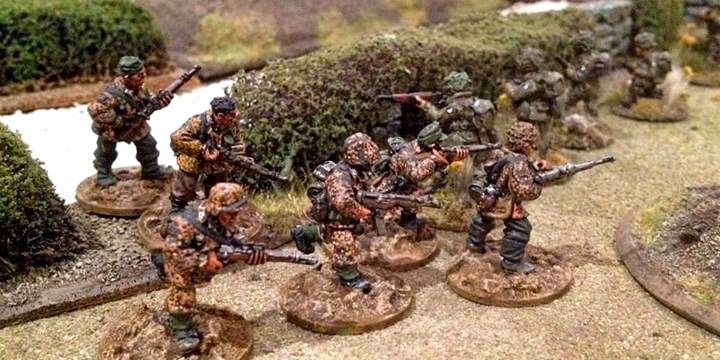 SS stormtroopers charge and overrun a US para position but are too late to effectively win the game.
Tags:28mm WW2