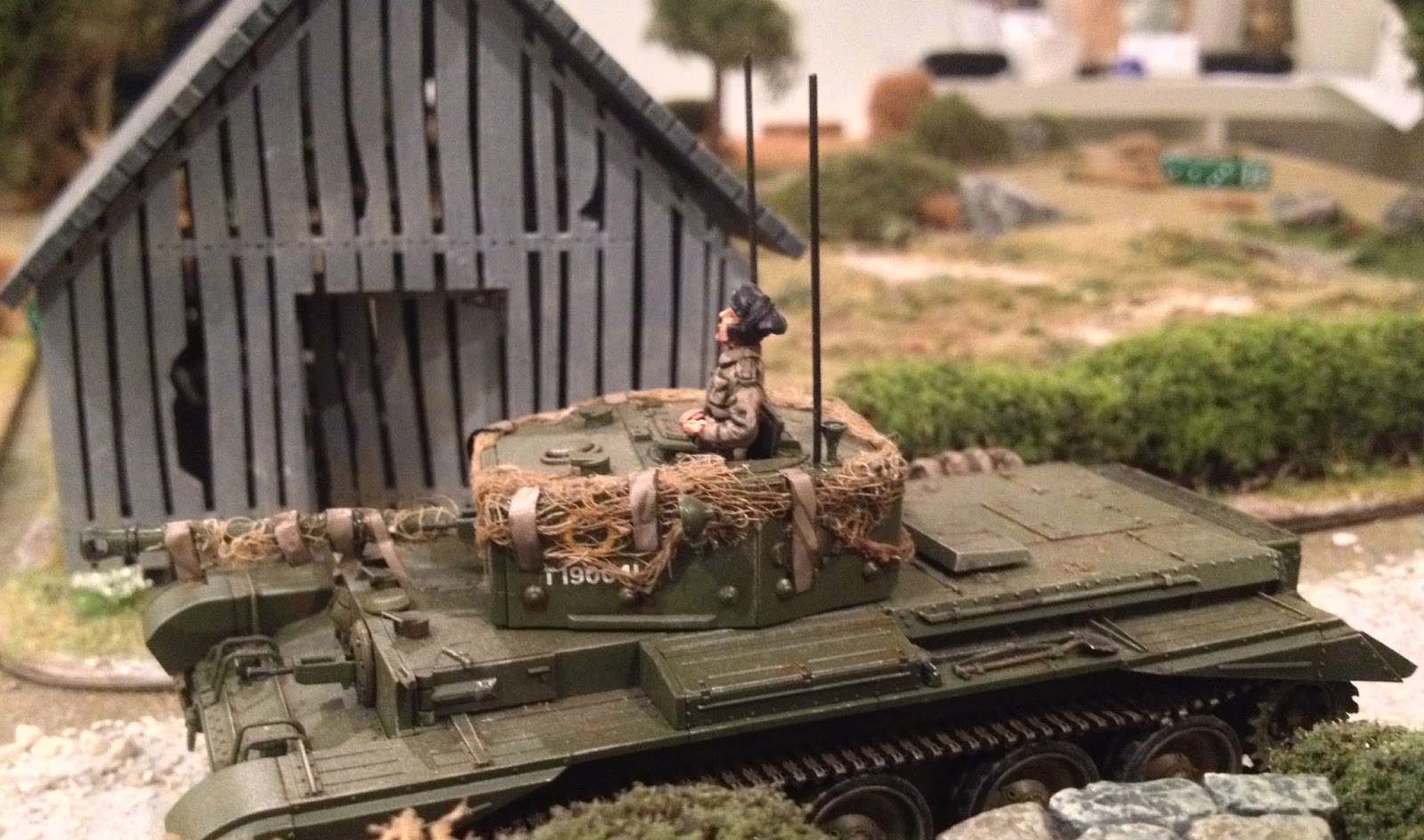 Two nights ago we played our first game of Bolt Action at the club. Putting our sides together was not too much of an issue as I just grab young Leroy Simpson’s collection, which he had not used for years. The armies were roughly 1500pts but we did not really worry about that and were just keen to slowing work through the rules in order to get the mechanics right. 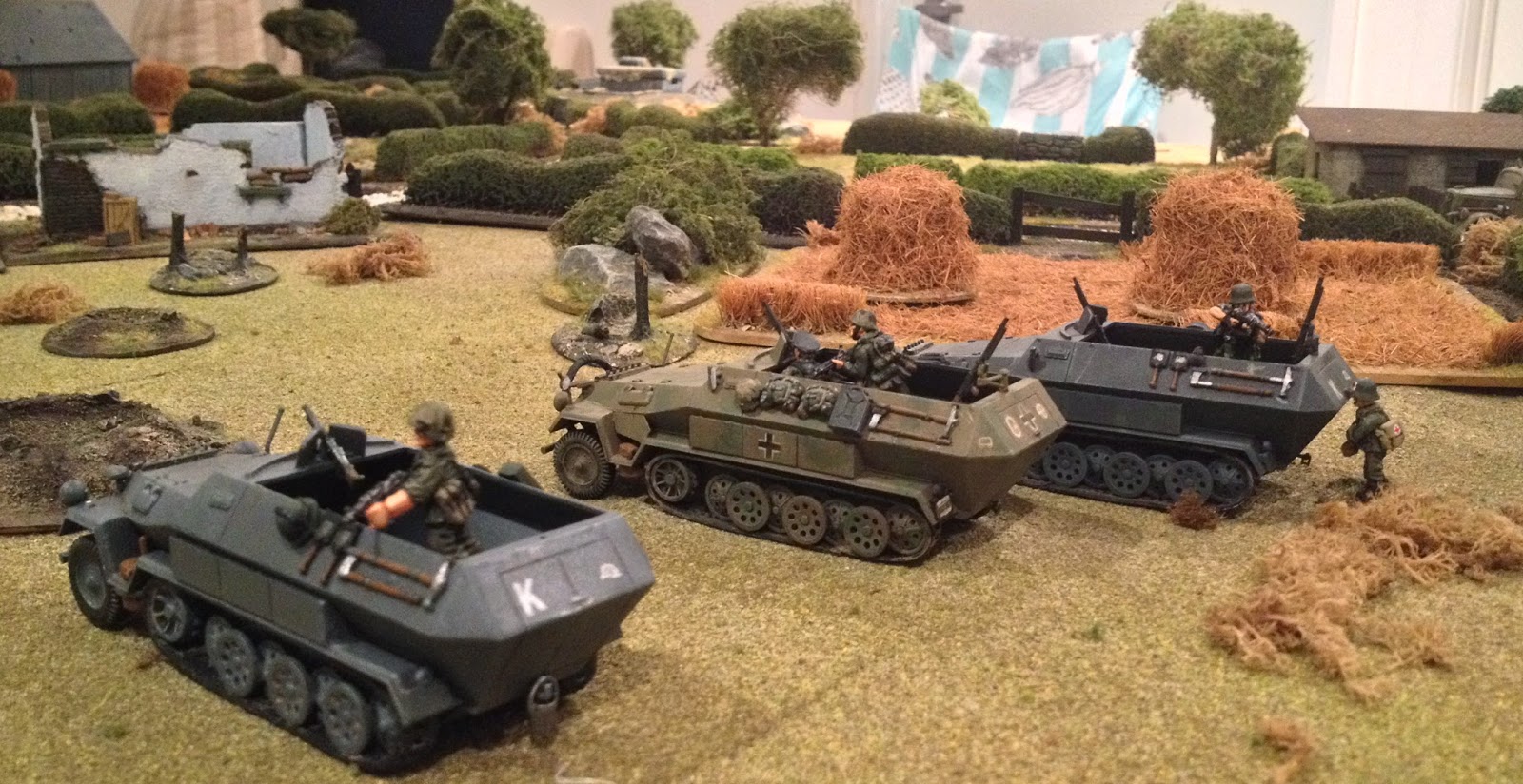 Basically the Germans had three half tracks with a 12man squad in each, PHQ, medic, forward observer team, sniper team, flame thrower team, MMG team and one SP gun. On the British side we had a nice array of figures with the old Foundry ‘Dad’s Army’ figures mixed in. However they fielded four sections of infantry, PHQ, sniper team, forward observer team, mortar team, MMG team, 6pdr AT gun and a cromwell.

The scenario was for the Germans to clear an area up to and across the right hand road (on the image below) as on turn six a general was going to fly up that way on his way to the front. The British player was required to draw a map and mark down th expositions of his troops or in basically ambush positions. However they had to be position 12″ back from the centre line of the table. 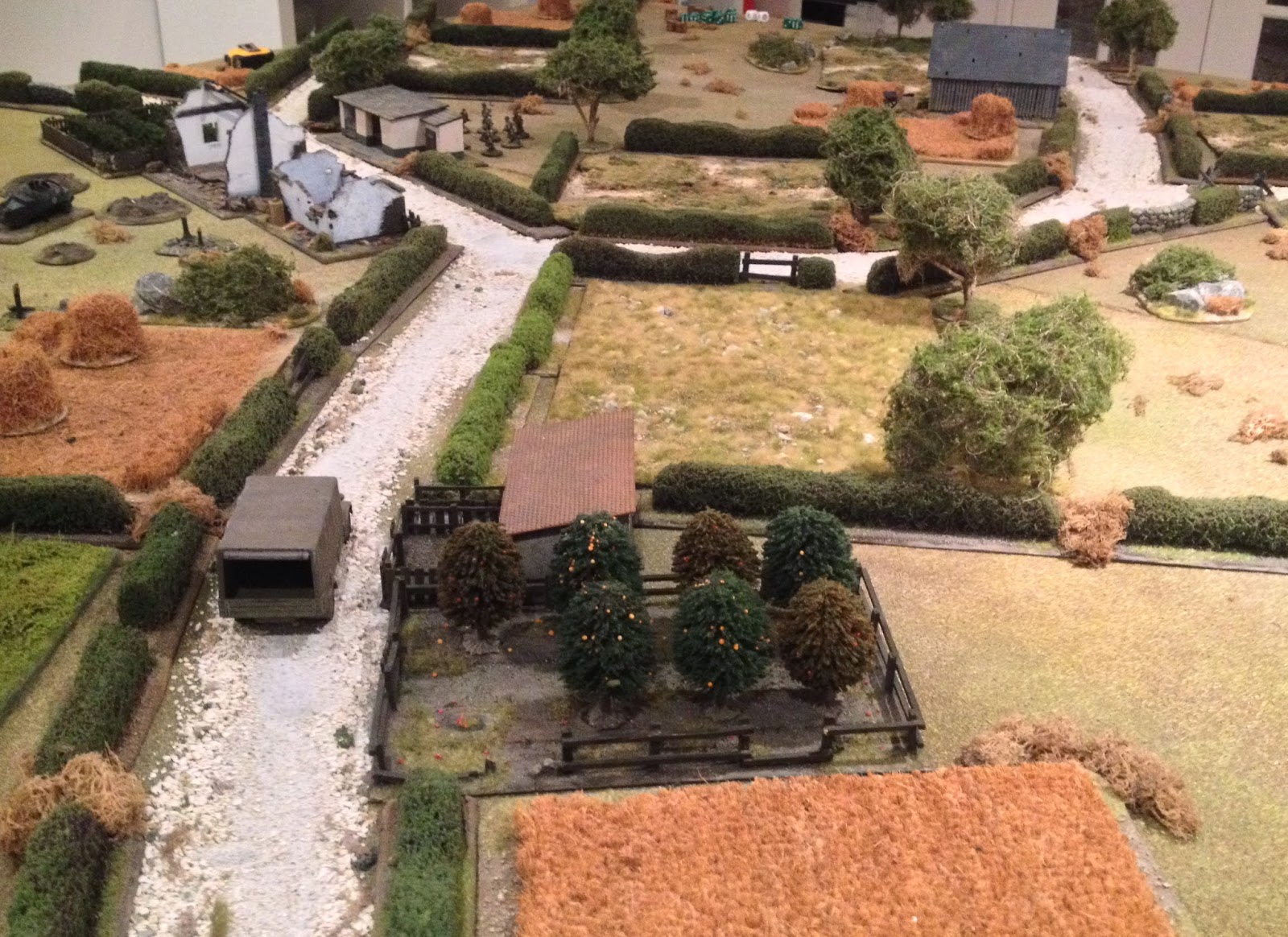 The game and the scenario played out quite well…for the British, however we on the German side were plagued from the start with some seriously bad dice rolls. The British played on the other hand did quite well and were able to halt all our forward movement from the fourth turn…not very nice. We did however manage to get the flame thrower team up and take revenge on one British section. 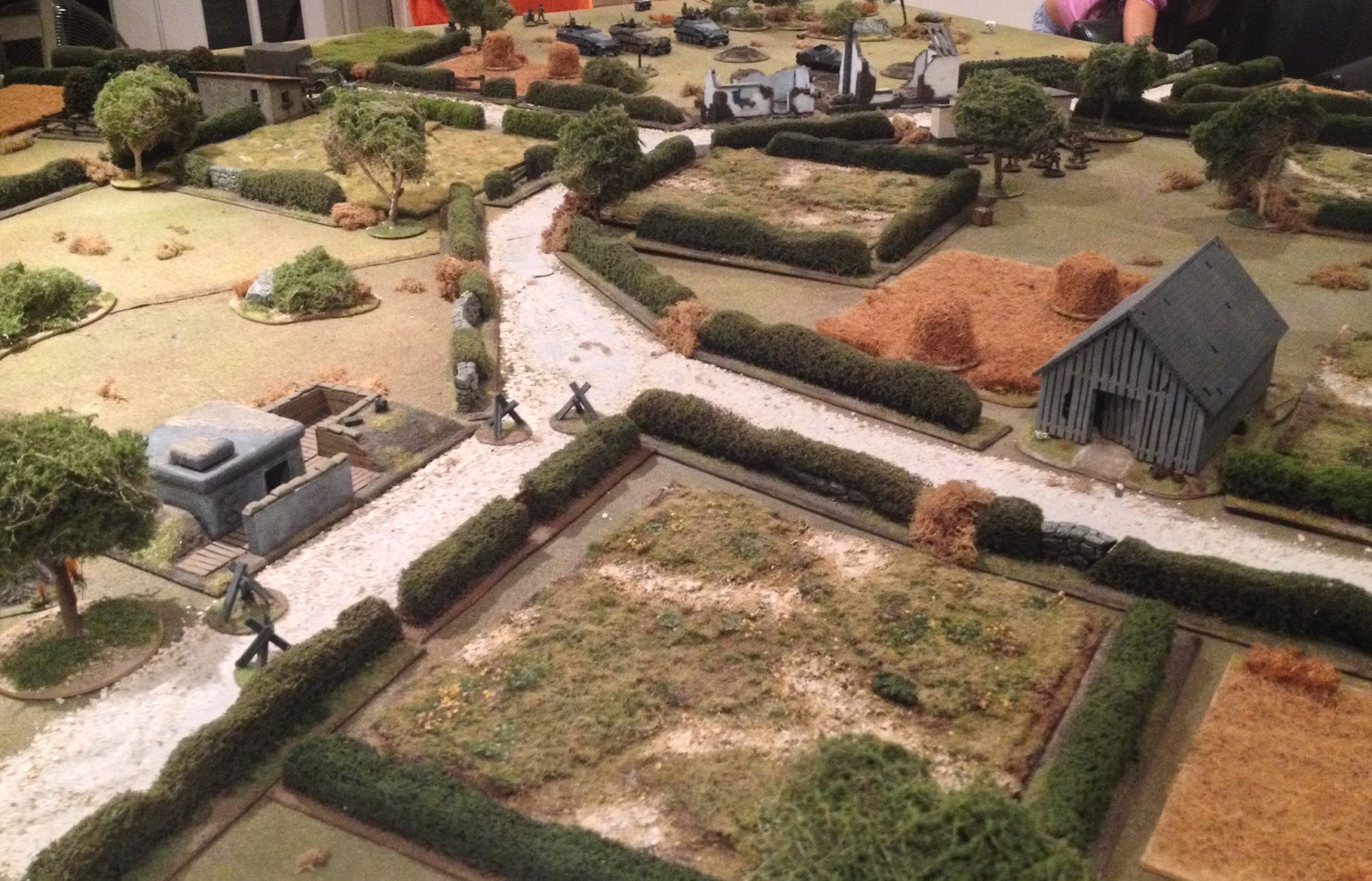 But in the end the general still came onto the table driving flat out up the road, only to have his escort motorcycle team hit with a piat and his car blasted by the cromwell…….the came was lost. We did however have a lot of fun and enjoyed playing the rules, plus I think the lads are keen to play many more over the course of the year…..thanks Bolt Action for a great game. 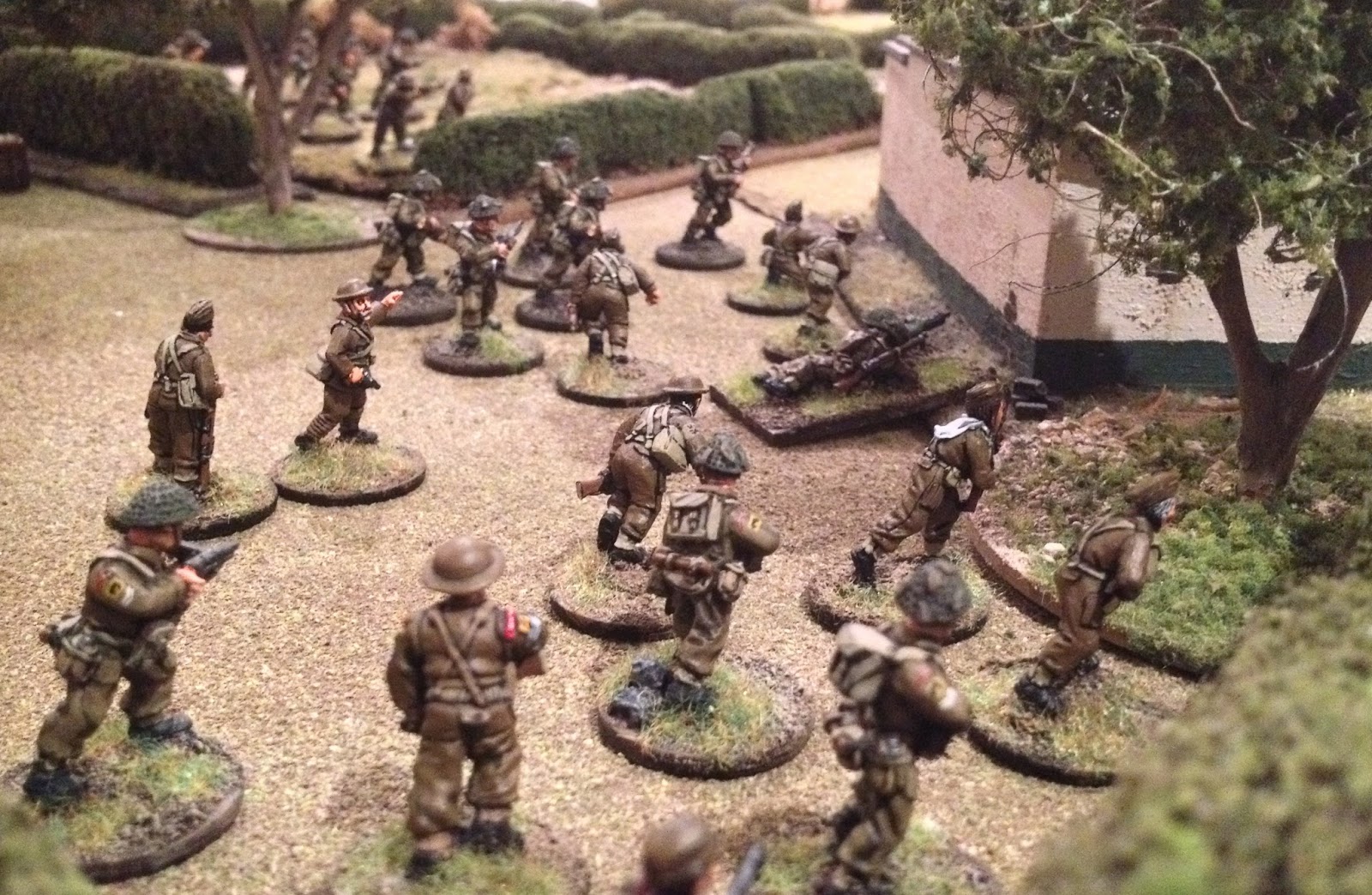 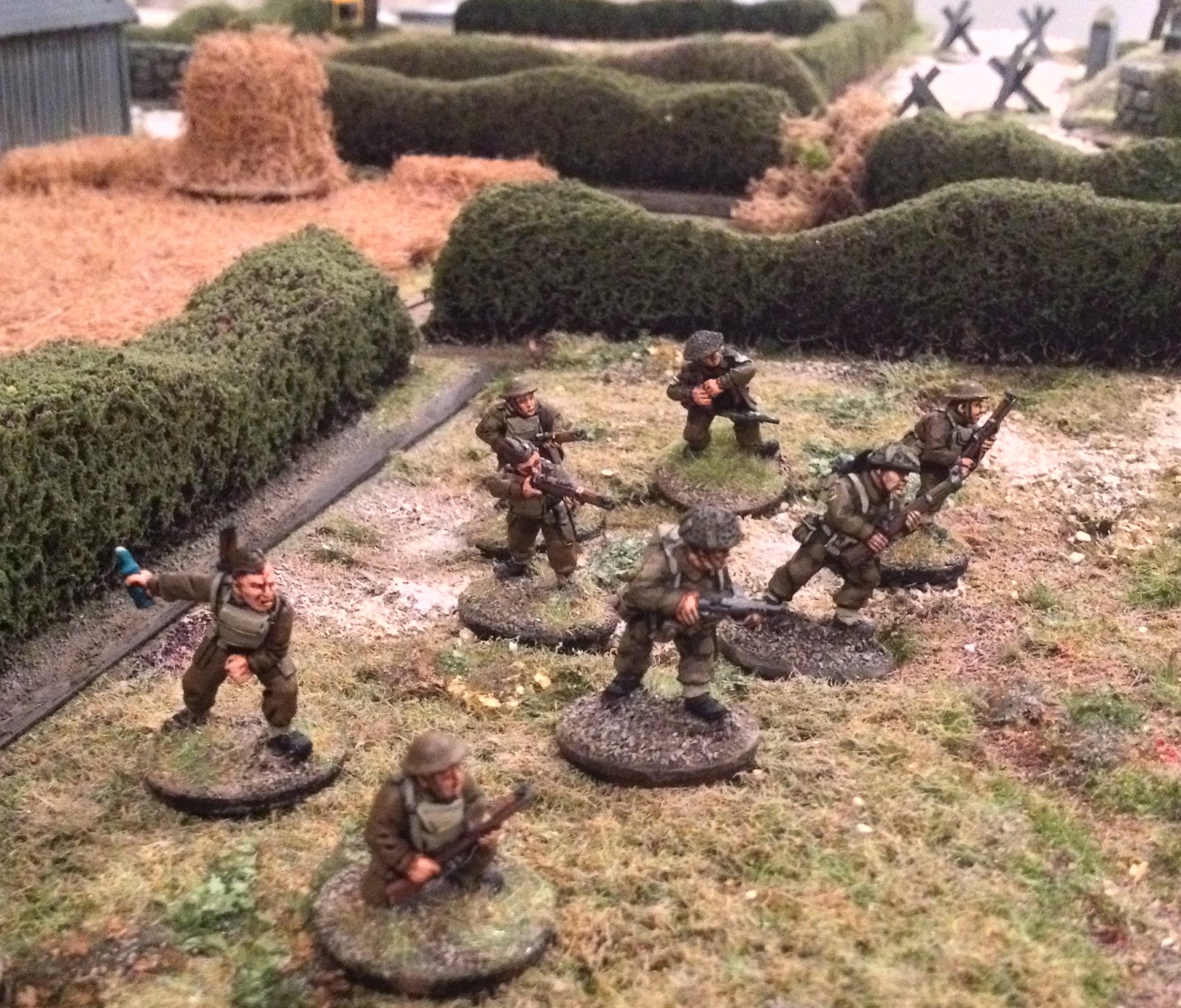 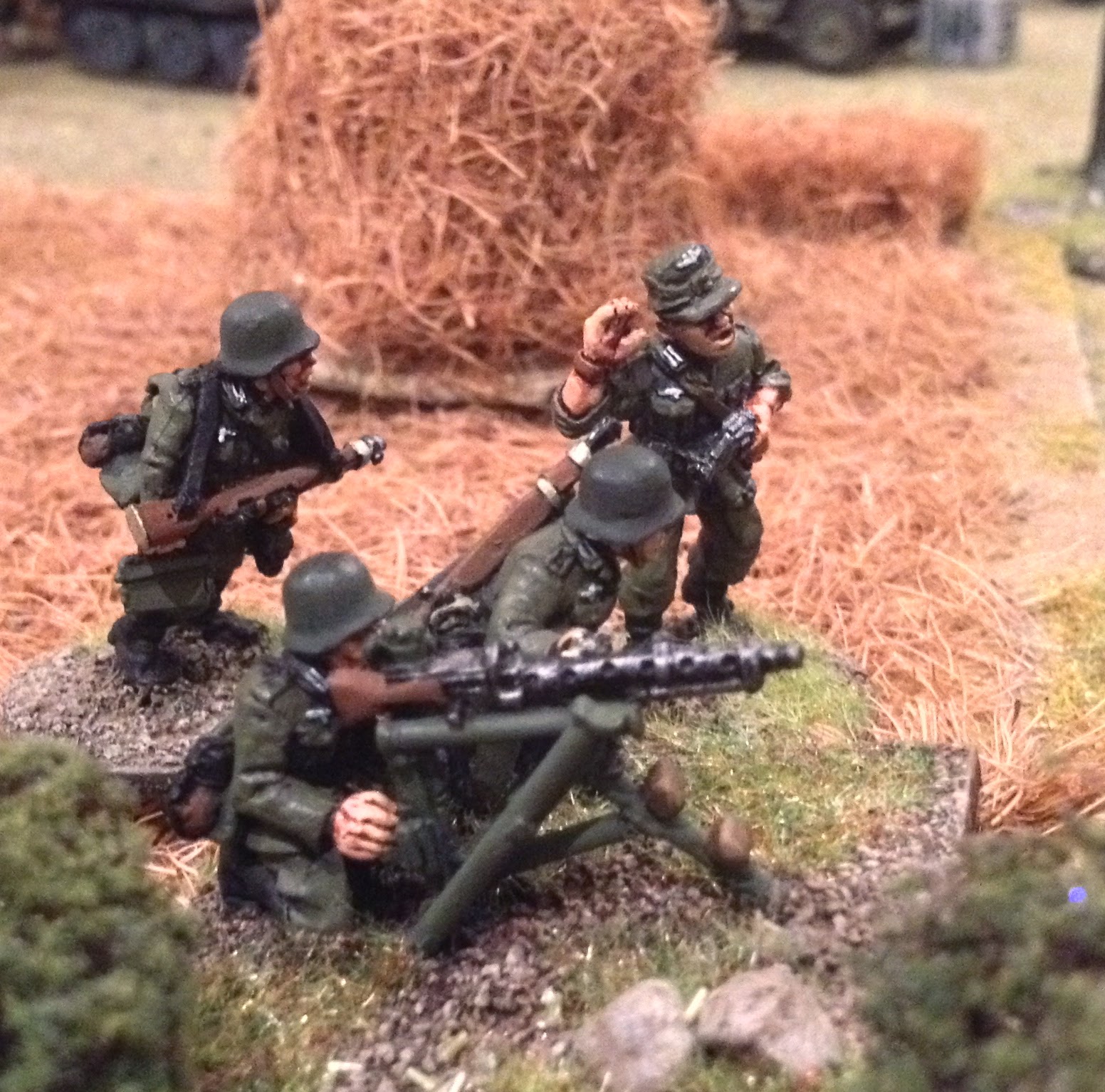 One of the MMG teams deployed in support of the German advance. 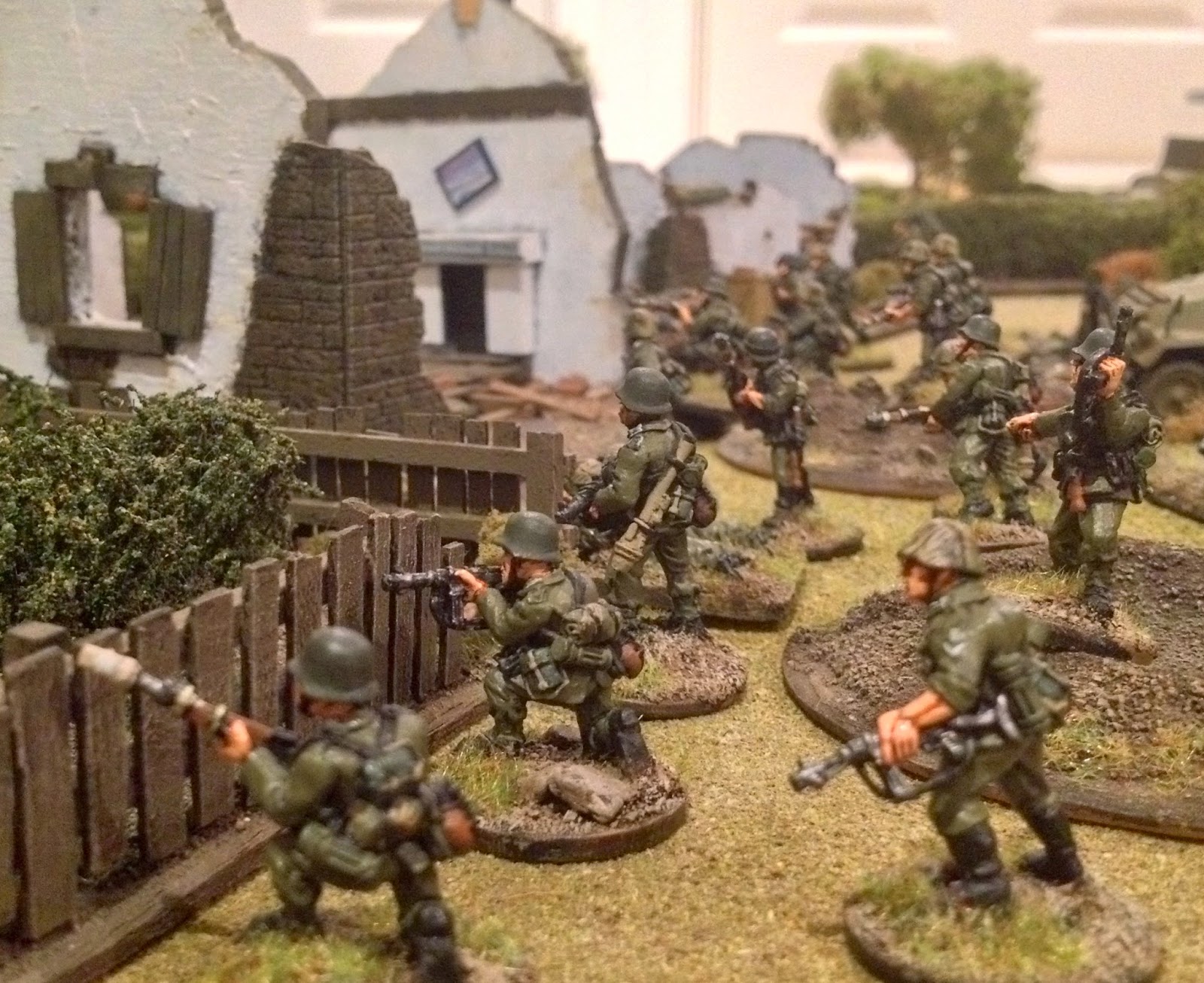 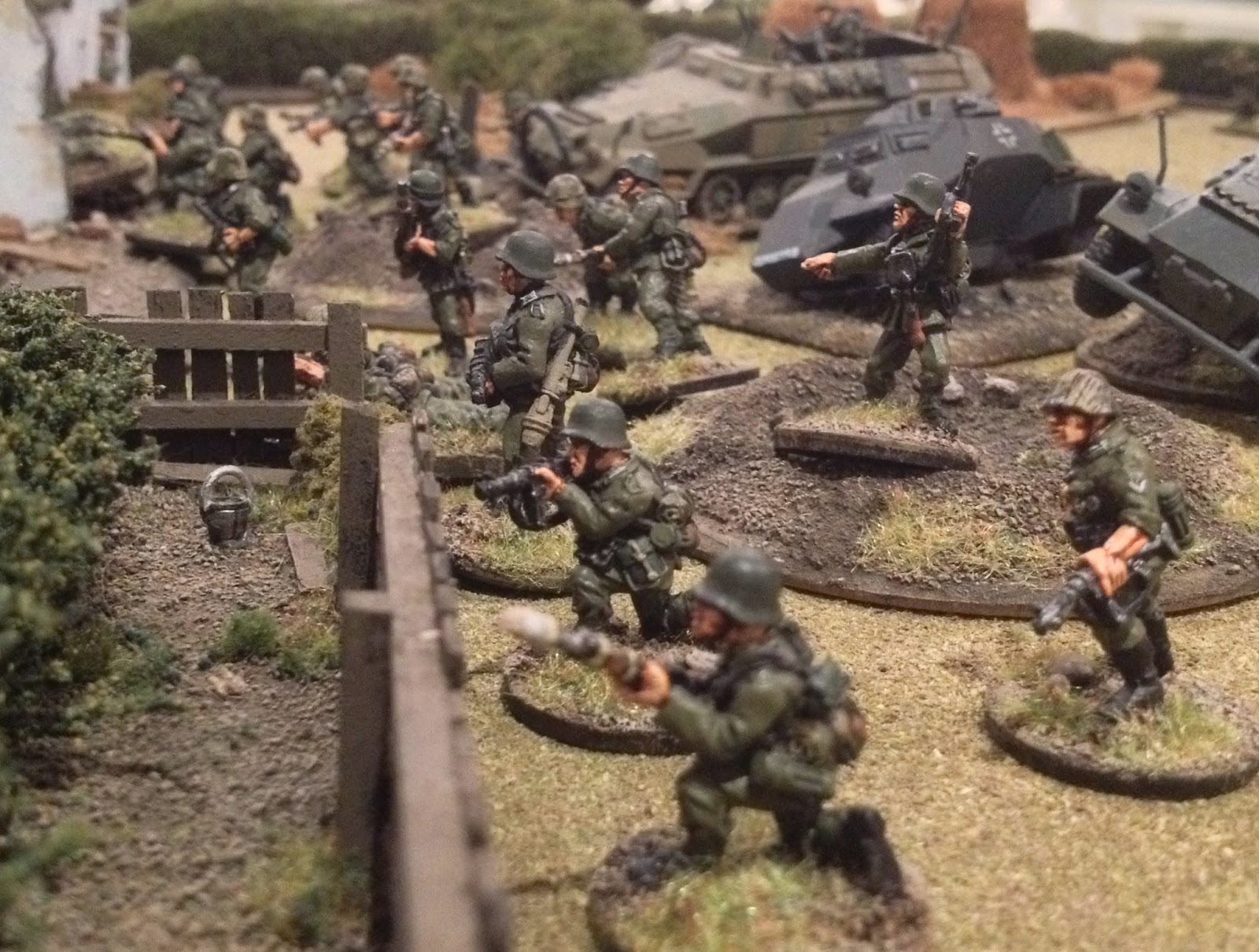 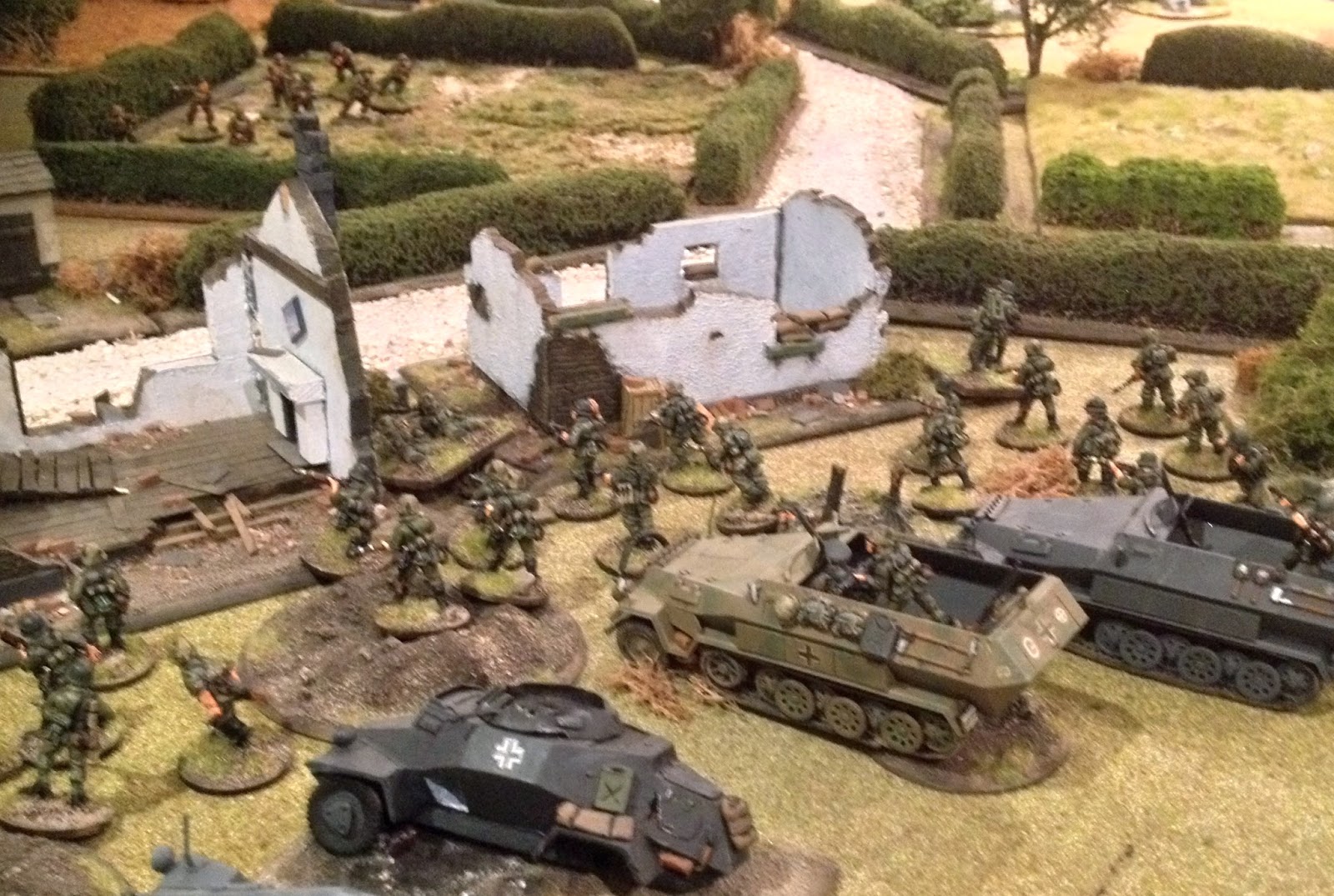 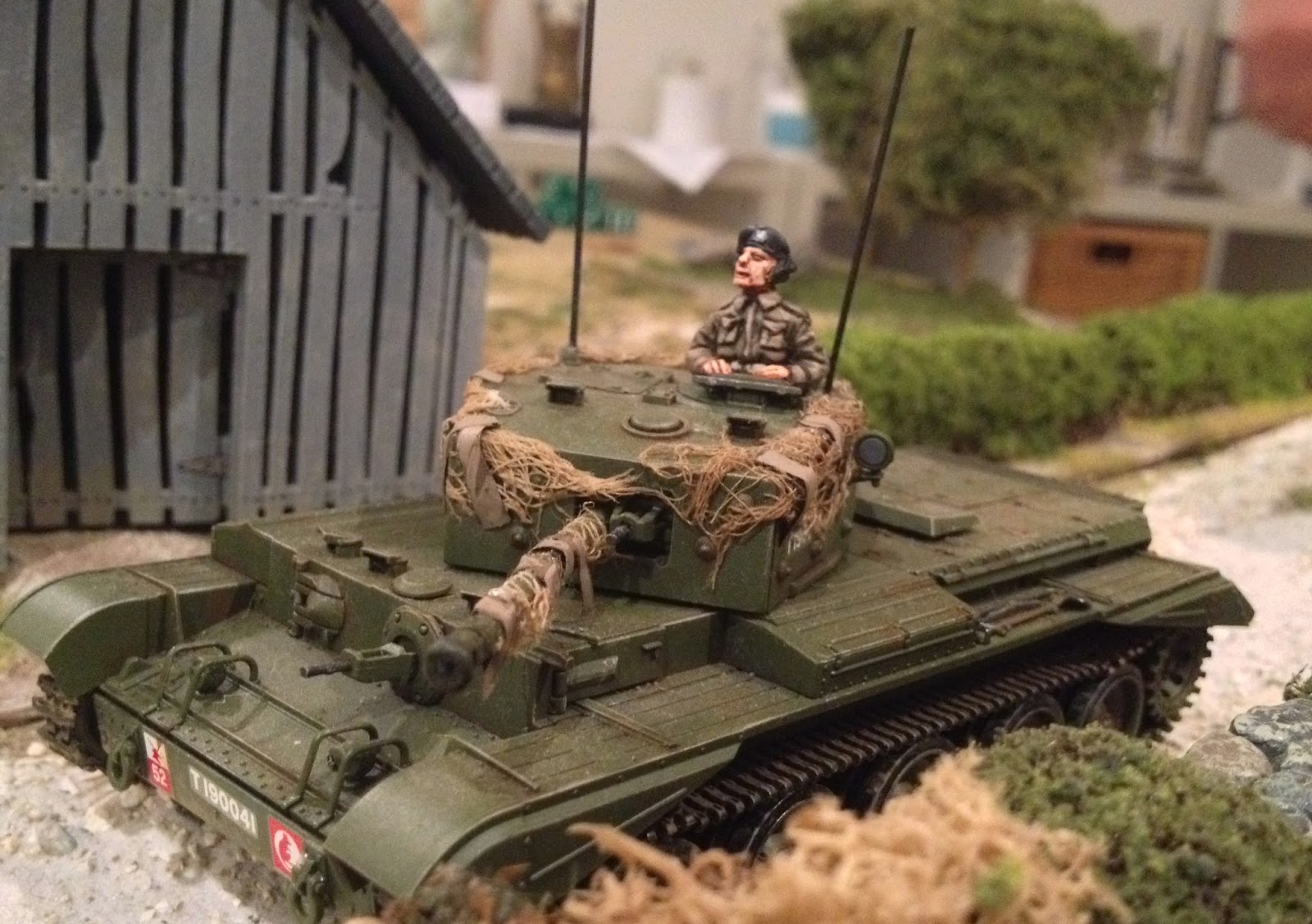 British re-enforcements advance – a cromwell and another section of infantry.

German troops slowly clear up to the road. 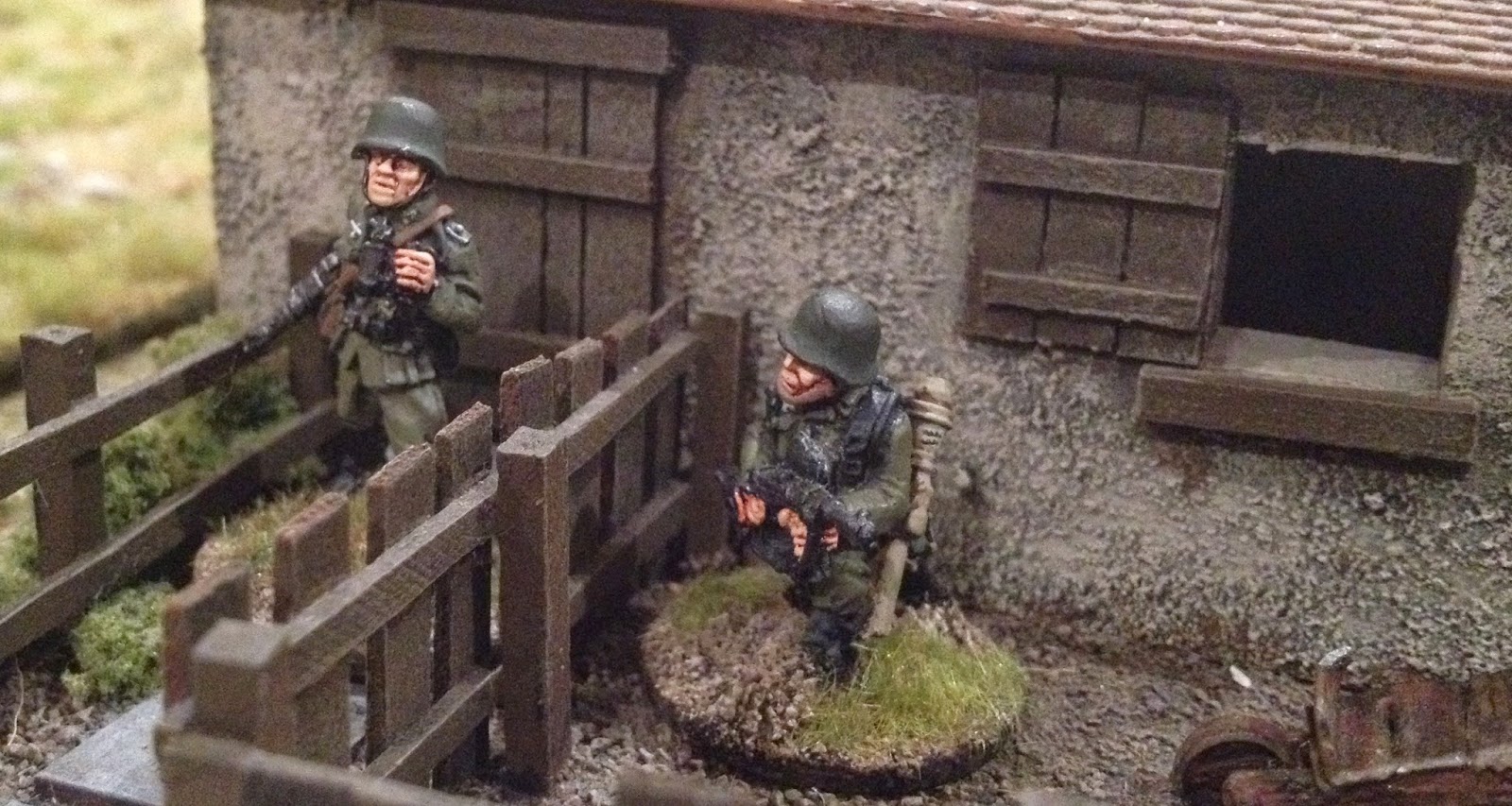 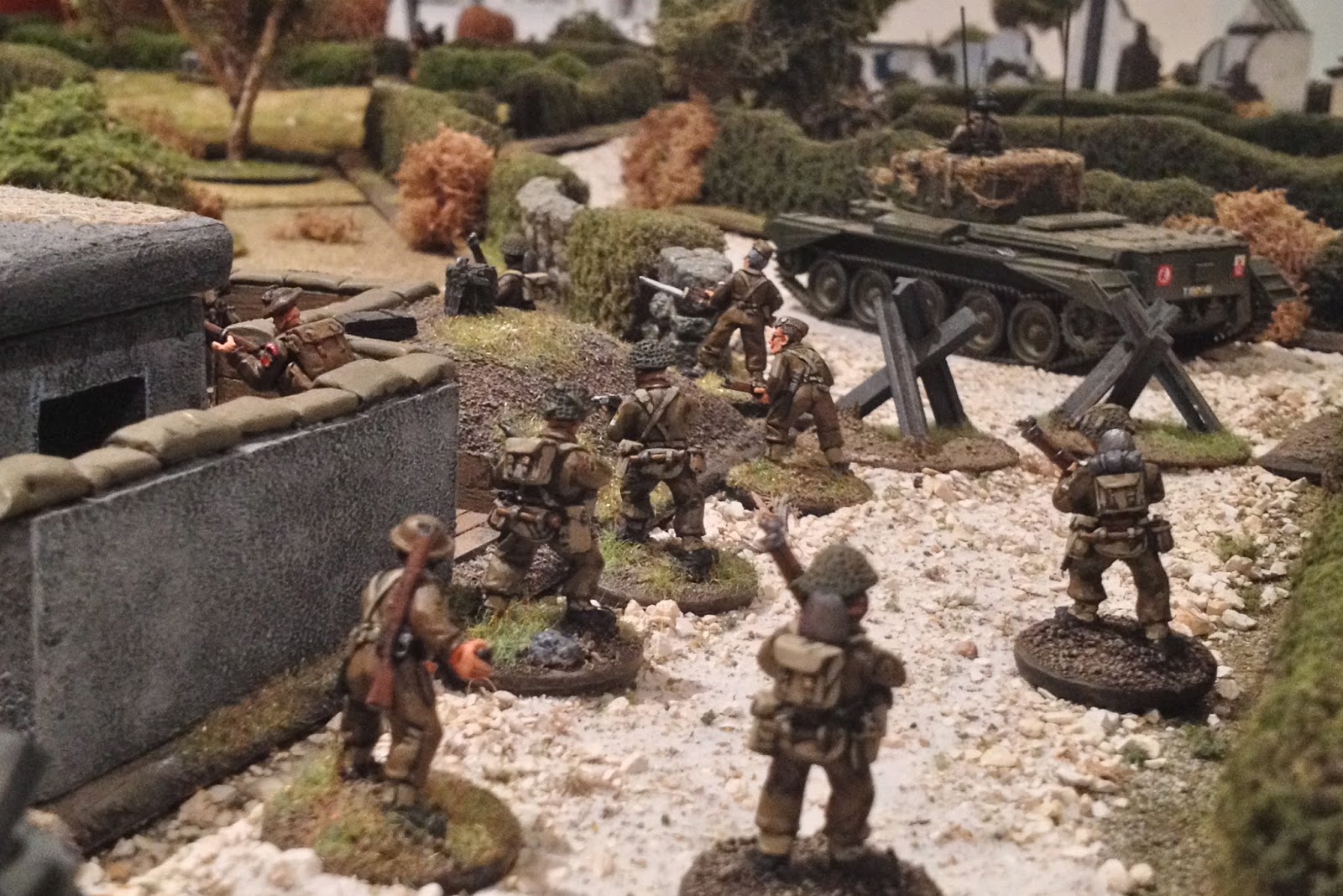 British PHQ…they recall Capt Mainwaring and his boys out of the Home Guard and to the frontline. 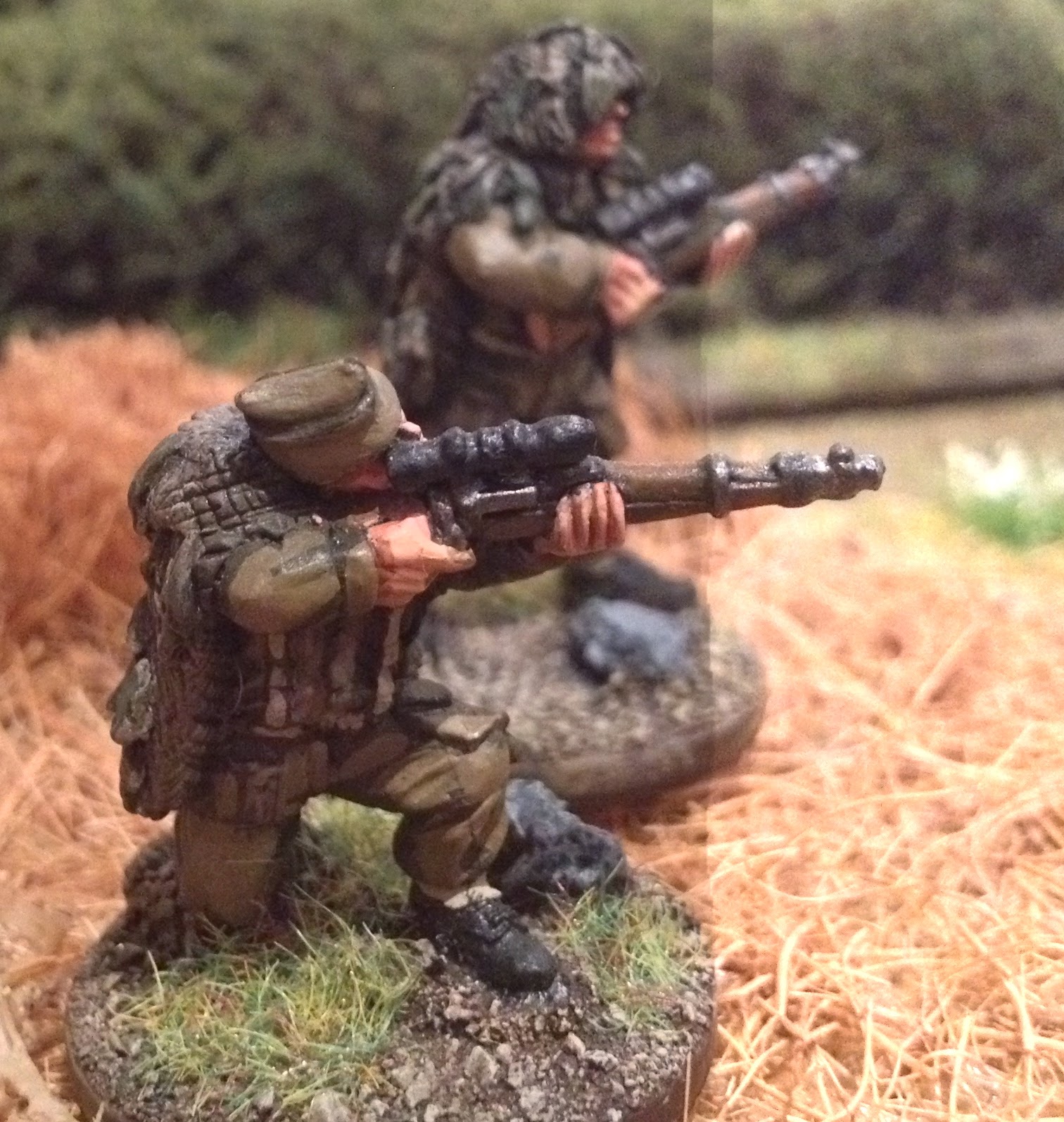 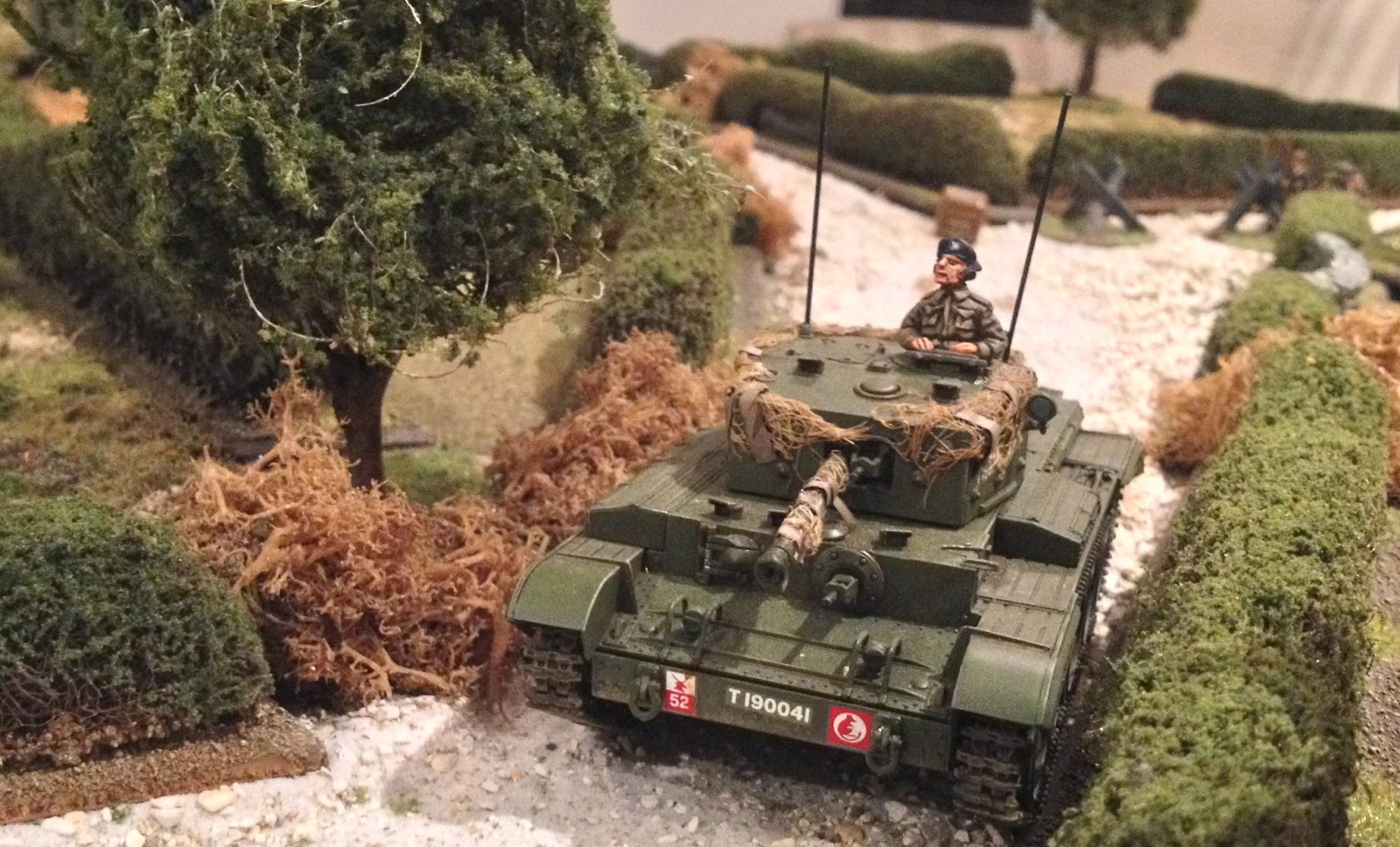 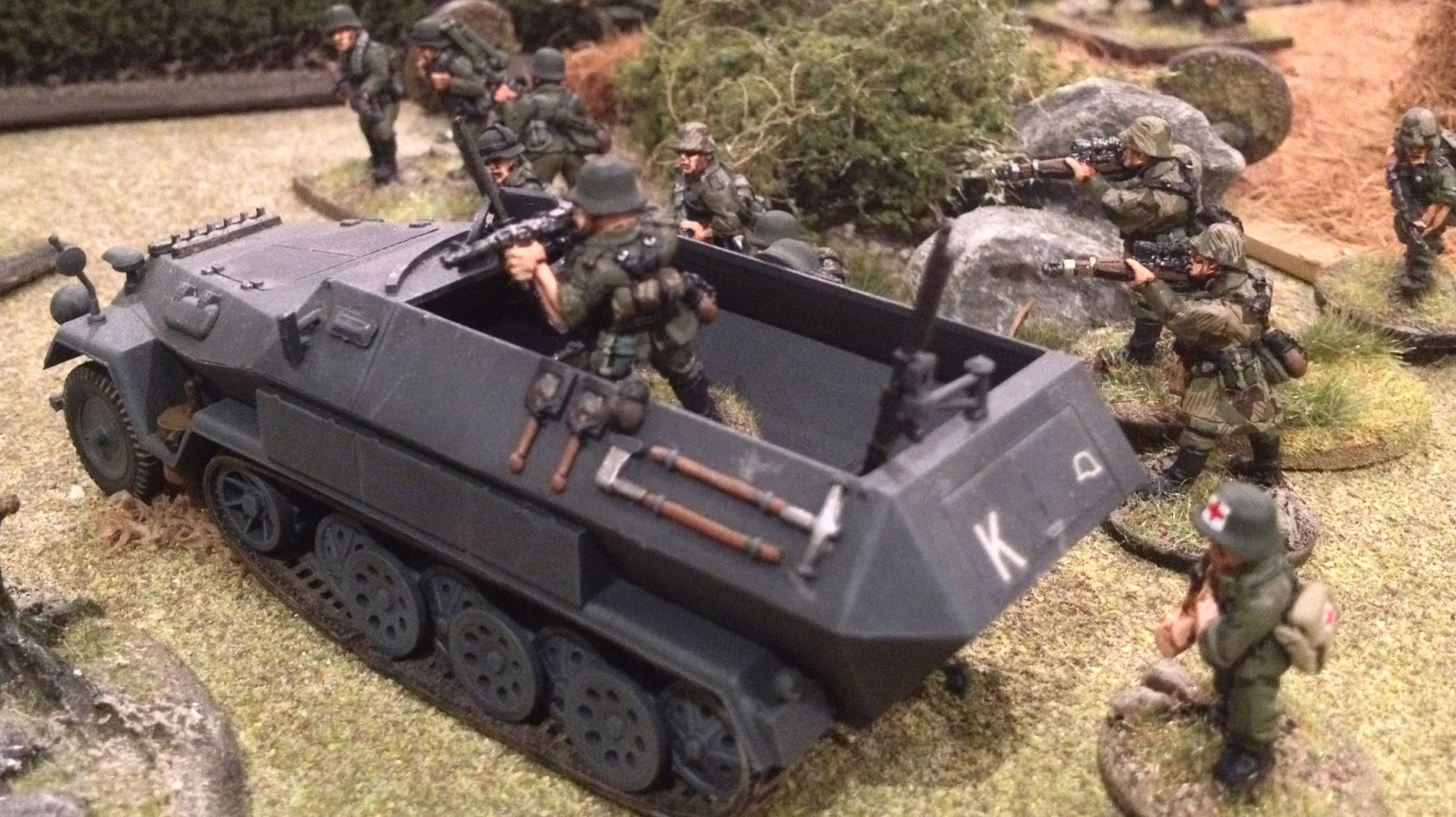 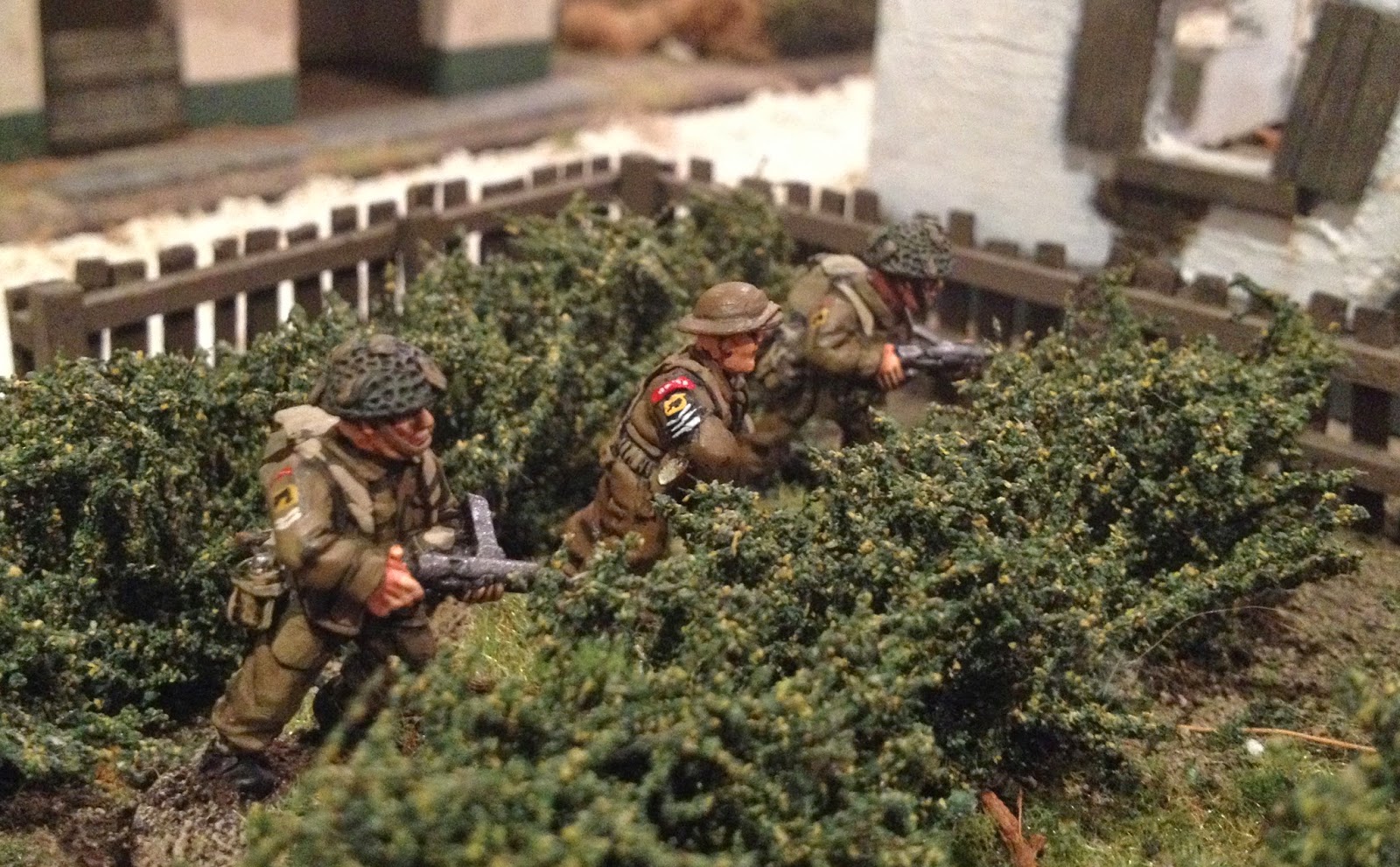 After a British counter attack destroyed one of our squads in small arms and hand to hand fighting…we brought up the flame thrower team….nasty stuff 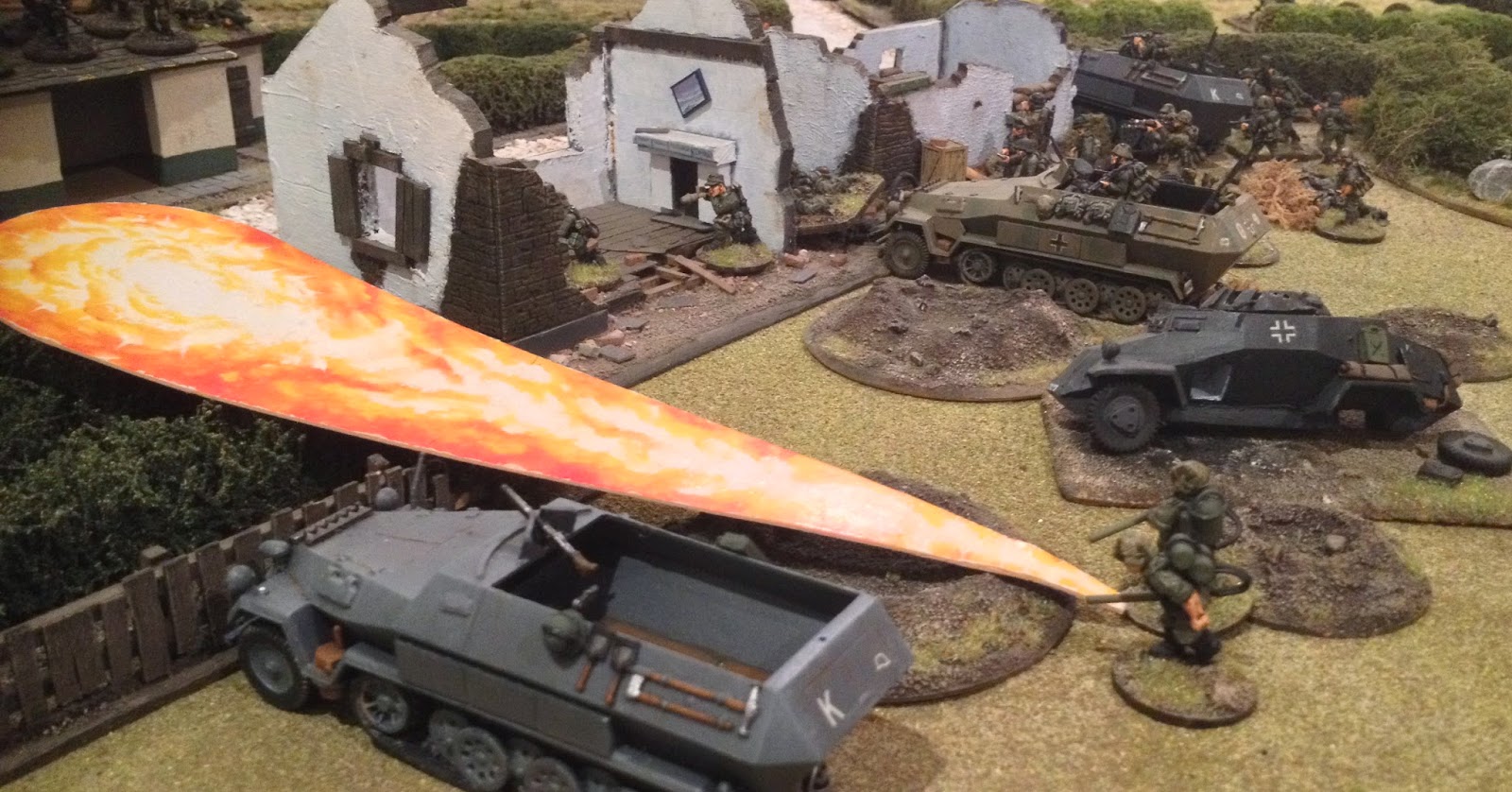 The flame thrower team lets loose and torches the remaining members of the British section. 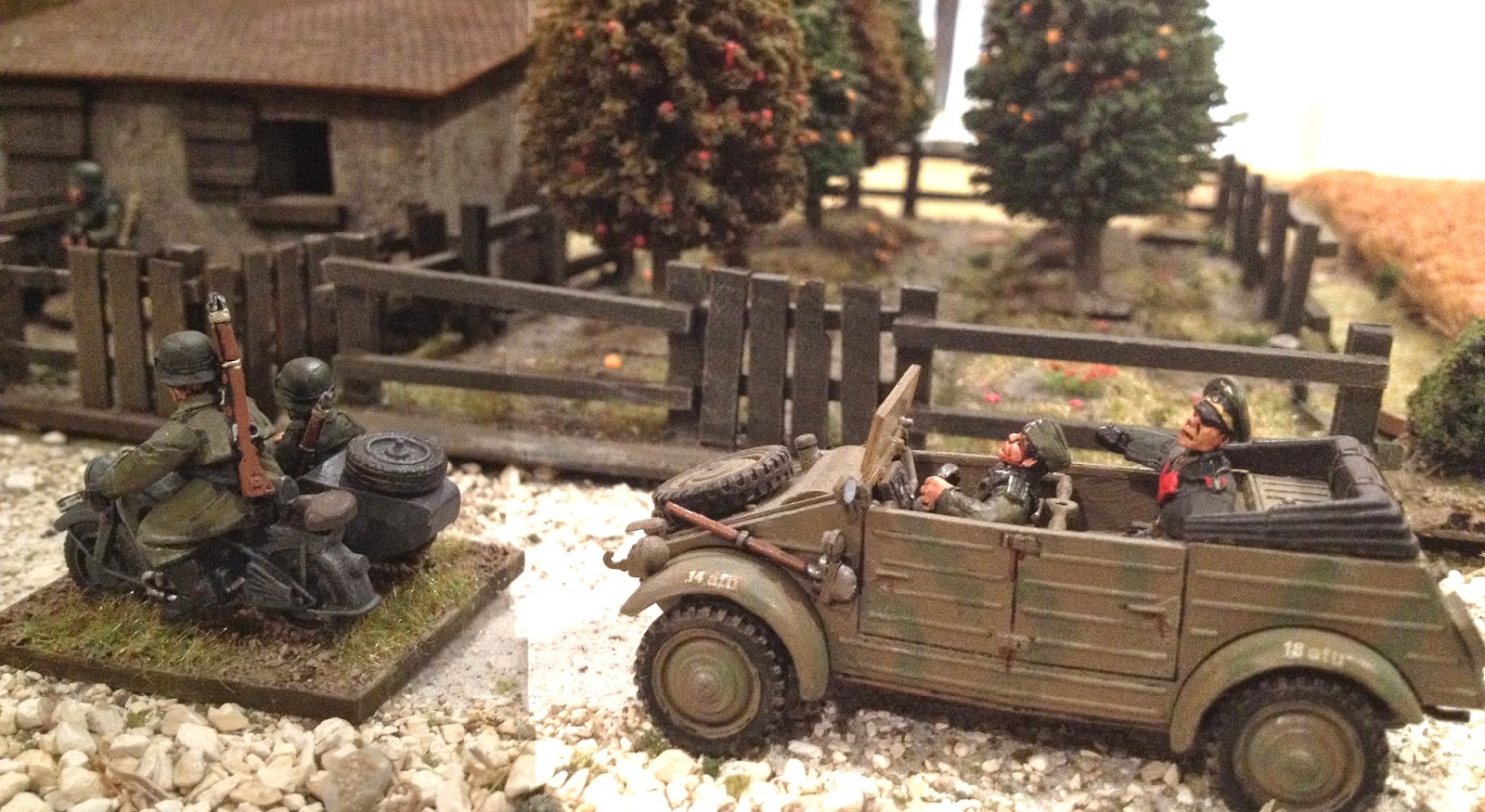 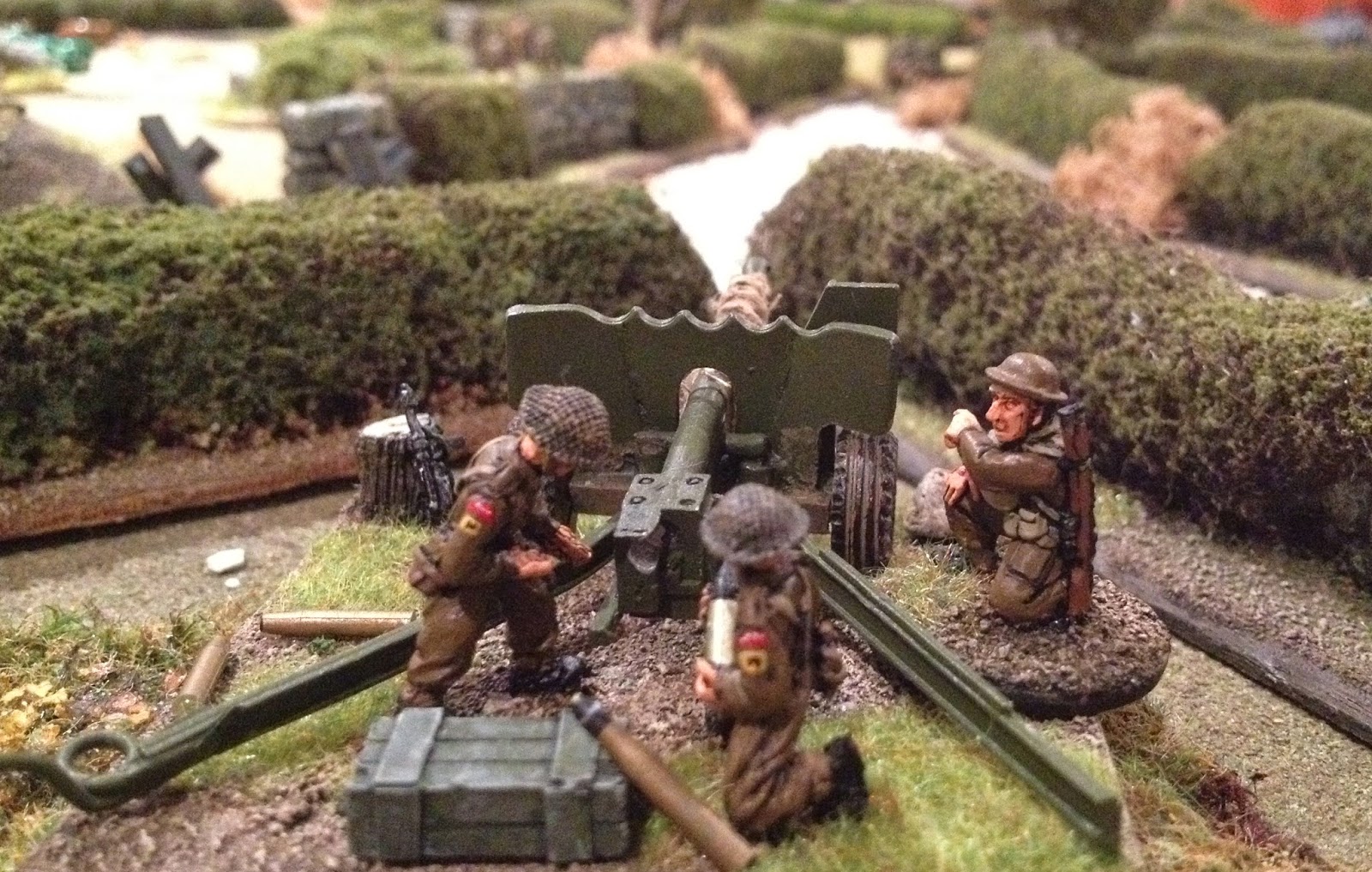 The British AT team waits for a good opportunity to fire 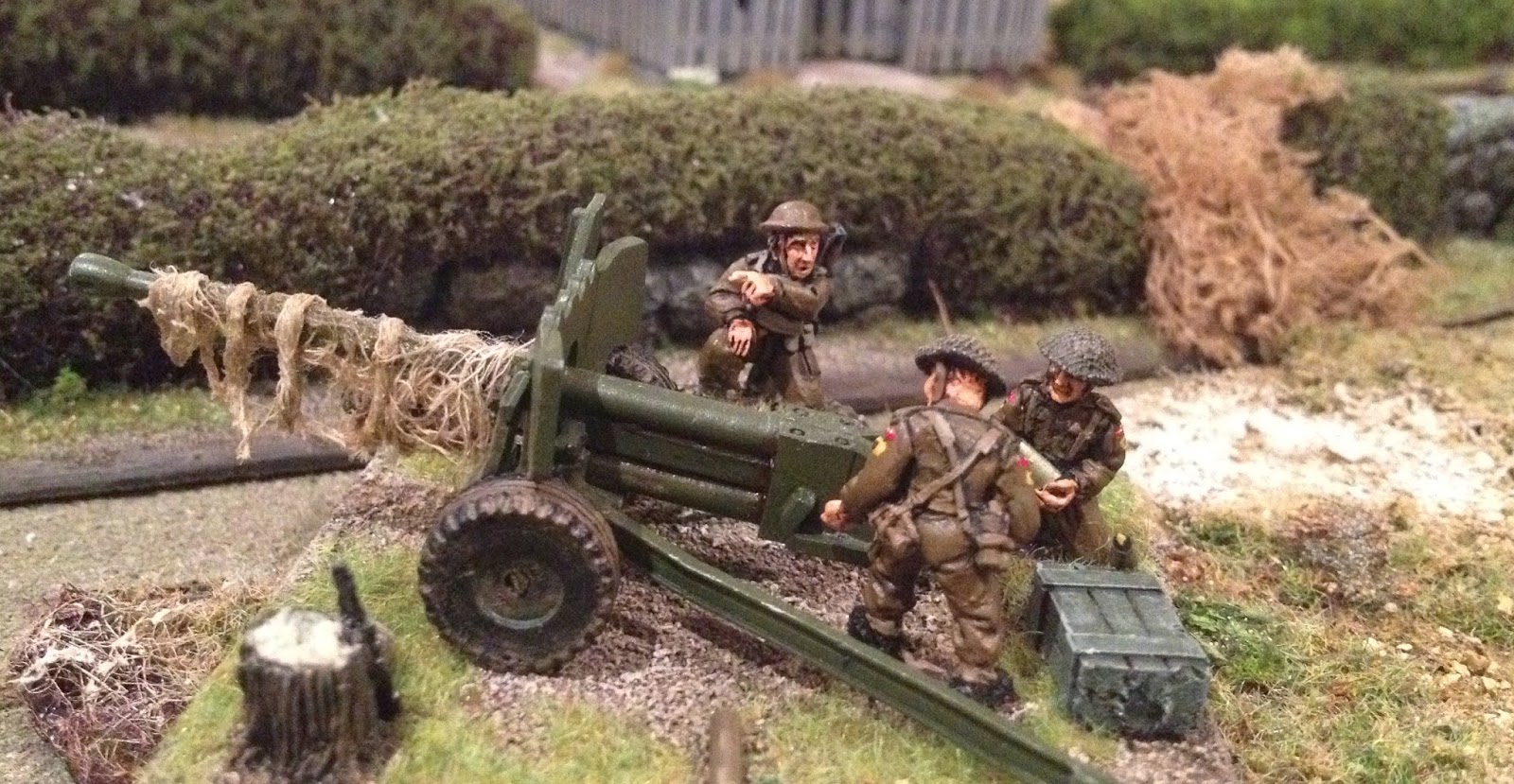 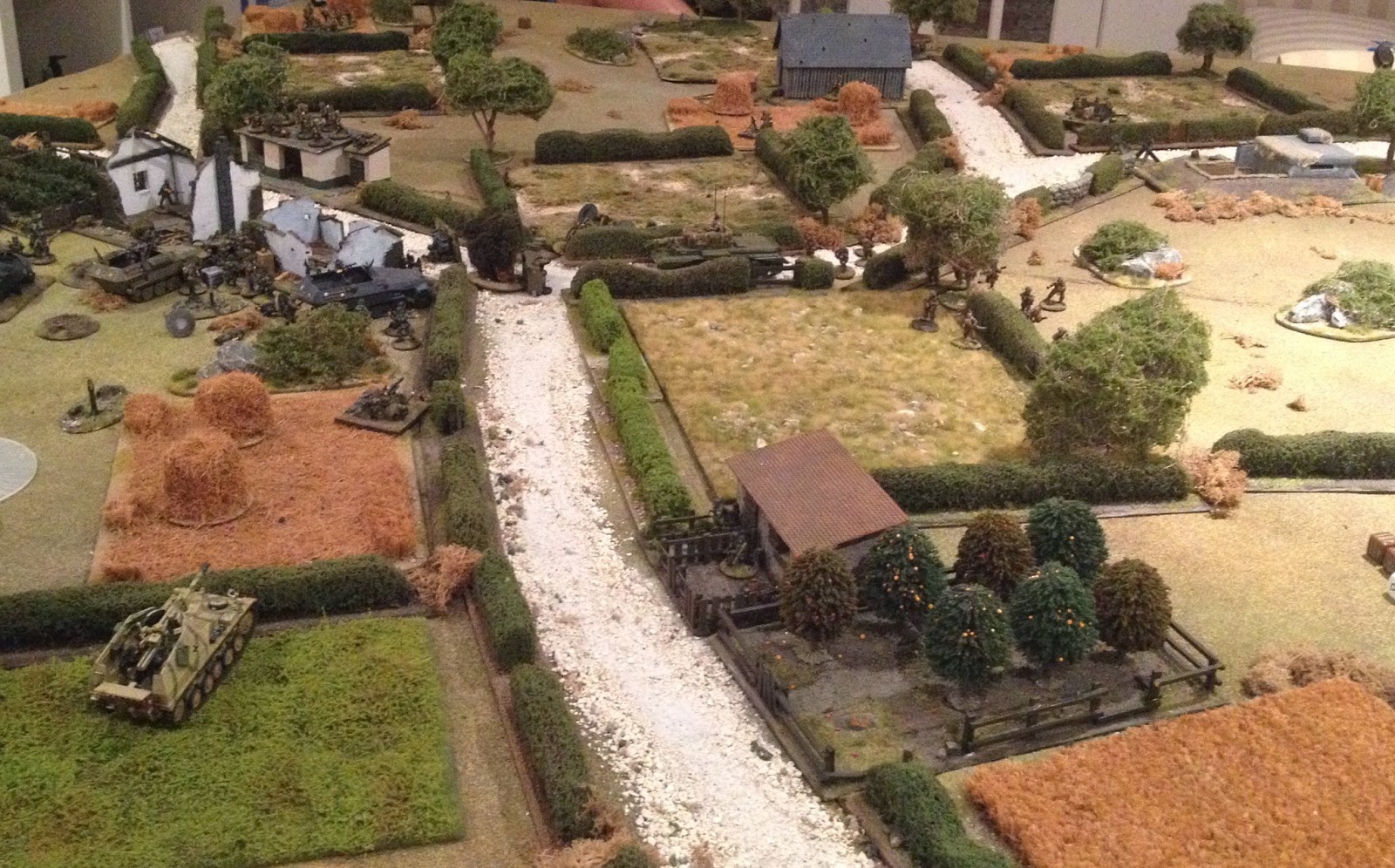 If you look closely you will be able to see the generals staff car up in flames at the intersection. 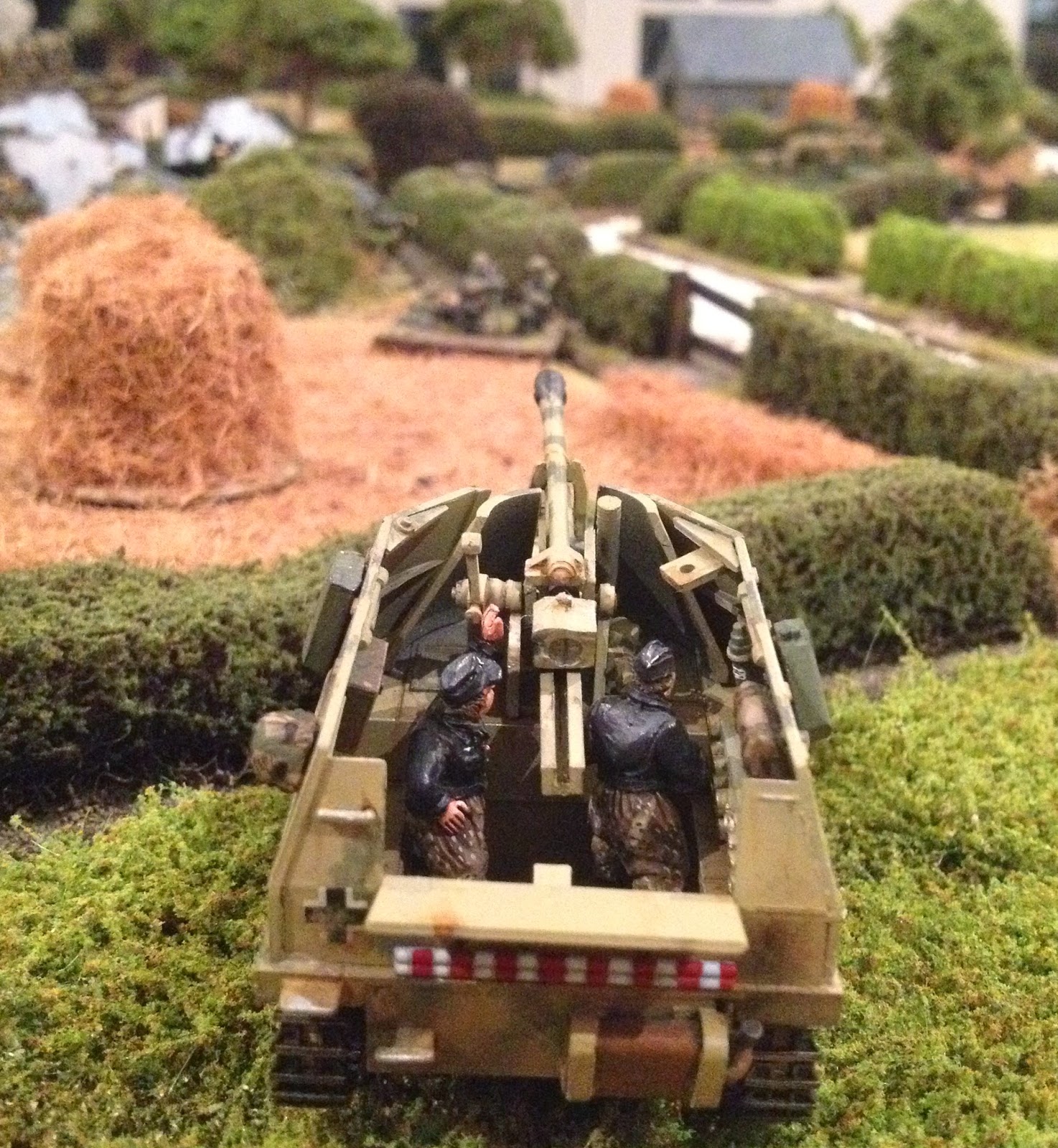 The German SP gun enters the table but too late to have any effect on the game. 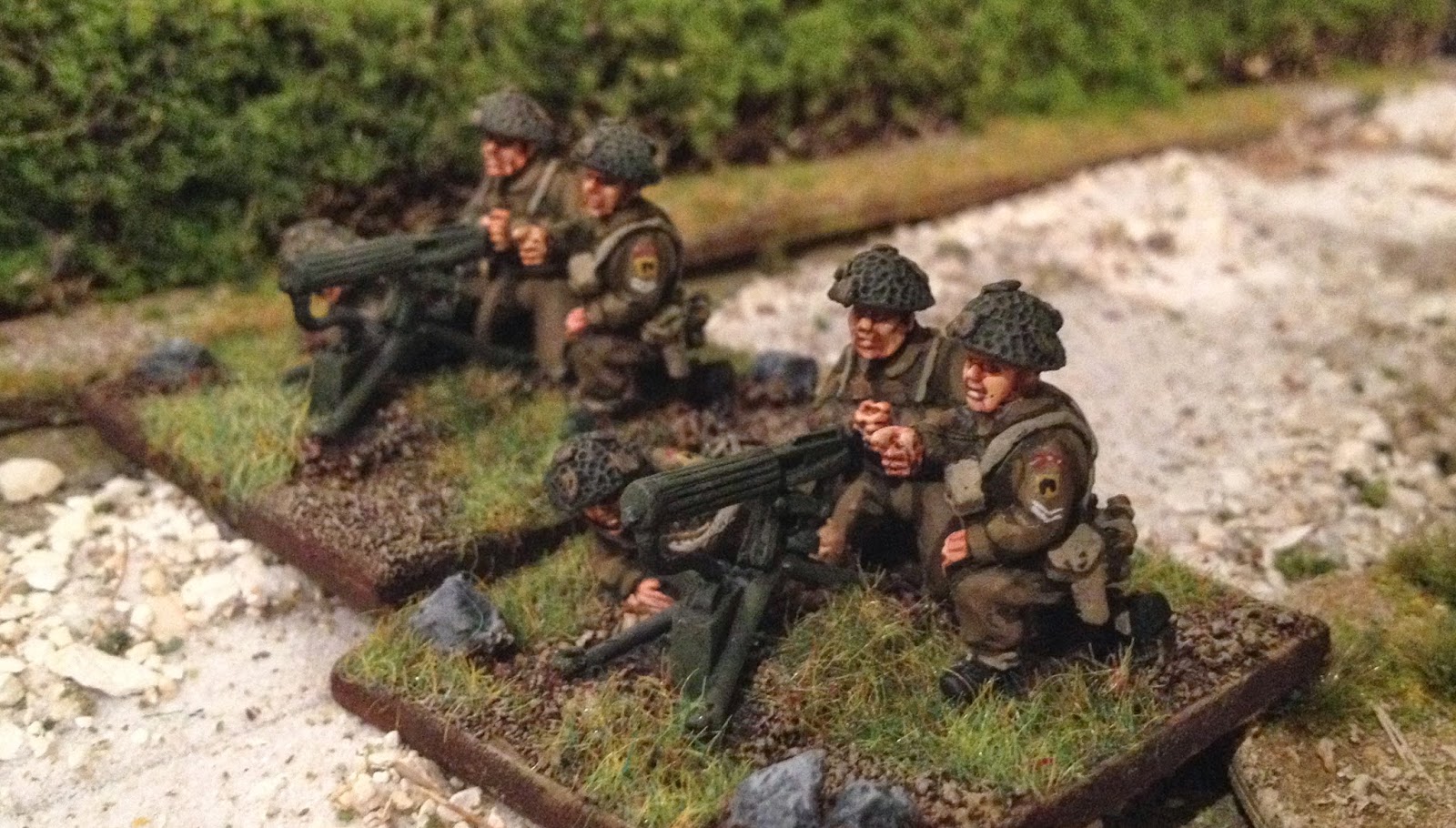