Battle of Megalopolis – 331 BC

Last Sunday afternoon a few of the lads got together and played a fantastic Basic Impetvs game (which was a little over the double sized game). The scenario was based on the Battle of Megalopolis which was fought in 331 BC between Spartan led forces lead by King Agis III and Macedonia under the command of Alexander’s regent, Antipater.

Jeff Smith and David Lowe played on the Macedonian side and Brian Buskell and Tim Jolly commanded the Spartan and Greek troops. The game played well for all sides with minor victories scored across the battlefield. The Macedonian Commander died leading successive charges against the Greek cavalry in their left flank, but the Army stay firm and his sub commander took the command.

Within the next two moves the Greeks crumbled and fled from the field of battle leaving the field to the victors. But the Spartan King managed to withdraw with honour knowing that on his side of the battlefield his proud Spartan troops had cleared the field…..he would live to see another day. Thanks again to Jeff, Brian, Dave and Tim for playing the game. And thanks to Jeff and Dave for the additional troops. 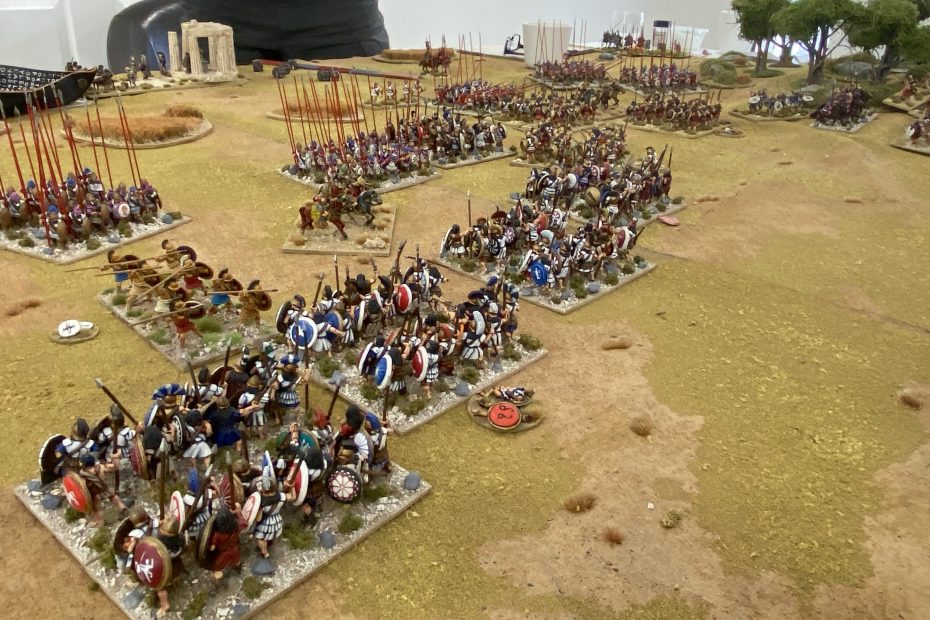