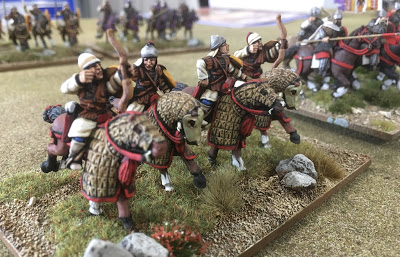 Yesterday Myself and four other fine gentlemen gather round a table and played our first game of the new Basic Impetvs 2.0. We picked two armies for the afternoons game, Normans of Sicily and Early Komnenan Byzantines, and double the size so they four players had a command. The game played very well and the list seemed very evenly matched…..however the Norman Cavalry certainly won the game for the Normans as they seemed to roll over pretty much what ever they hit. Than again it could have just been my dice rolling again. The Byzantine Infantry however, proved sturdier opponents for the Norman foot troops and pushed them back on every encounter. In the end the Normans proved just a little too tough to wear down and won the day. 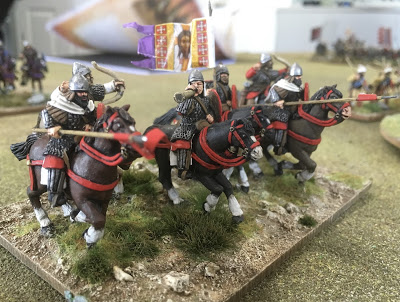 In regards to the new changes they seemed to work well, Skirmishers and Light Cavalry can now evade, which saved my troops on more then one occasion. Missile troops can now attempt defensive fire, but unfortunately my troops did not…came down to a dice roll again, which I failed. Movement is different and a similar concept as Baroque, though we used it wrongly and allowed the troops to move and fire just a little too far. We will improve on that one in our next game. 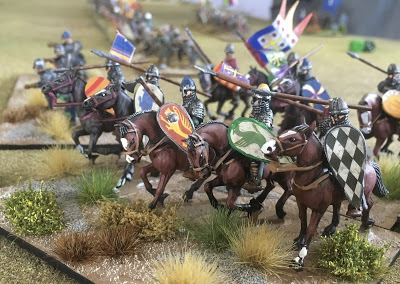 Each side also receives a few initiative re-roll…but we forgot to use it and finally they have brought out a rule called ‘Ace in the Hole’, which again we neglected to use…forgot. However I am sure we will not missed them next game as it could have changed the games outcome. Lastly the rule set is full of images I took from the games we have played here at the Lonely Gamers Club. So basically I think the rules are certainly worth purchasing and make for either a great little club game, competition game set and definitely a great fast play large battle rule set with some fantastic armies (350 in all) to choose from. Other than that please enjoy the images from our game on Sunday.
Regards
Vinnie 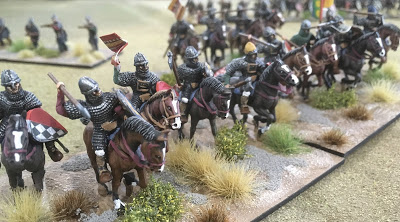 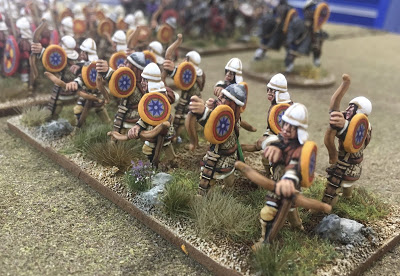 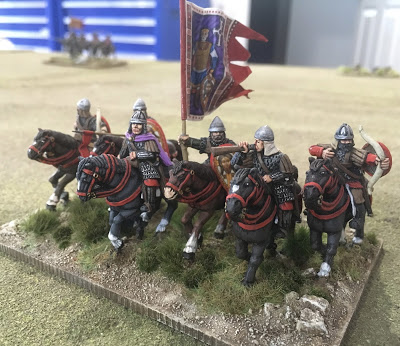 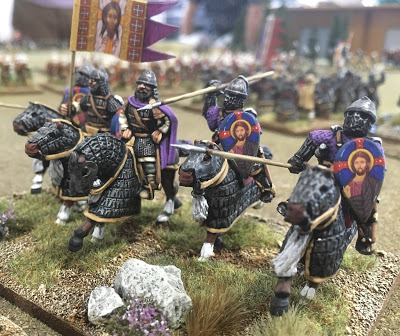 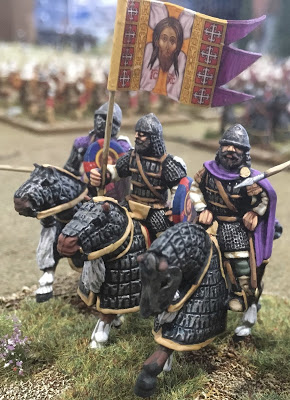 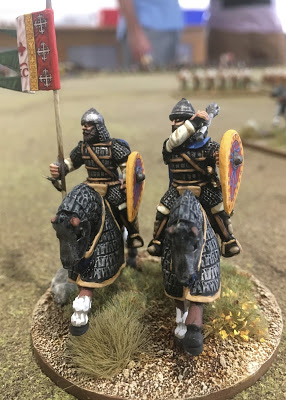 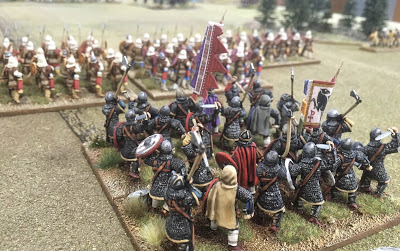 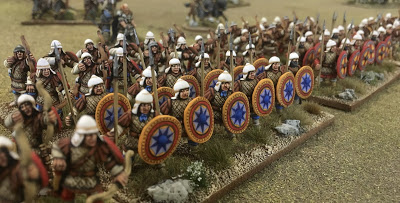 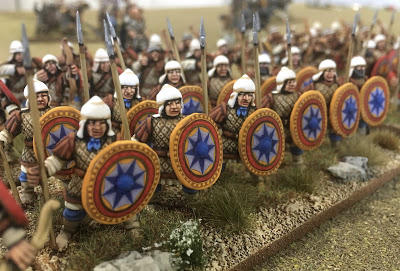 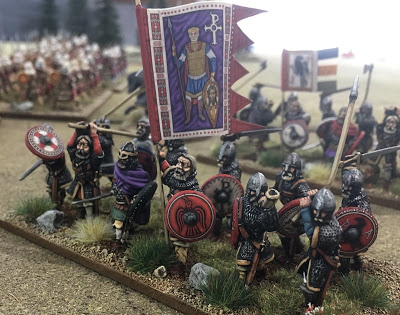 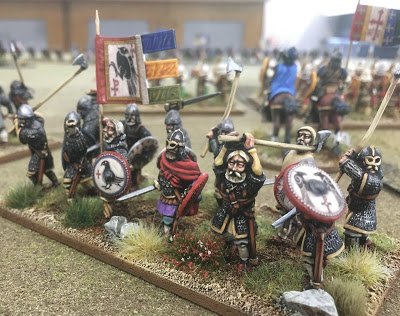 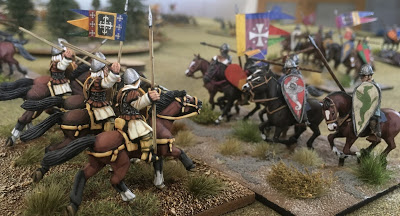 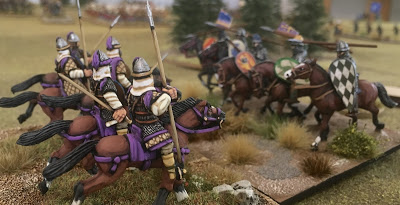 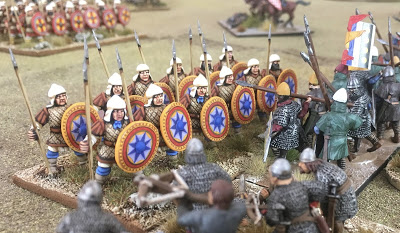 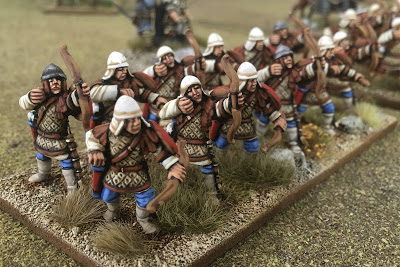 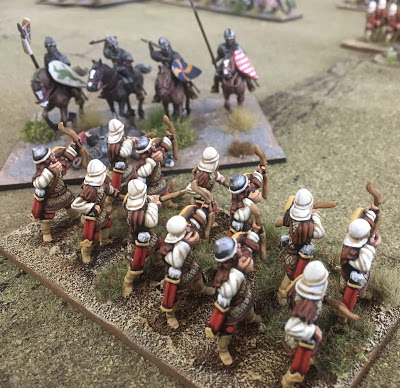 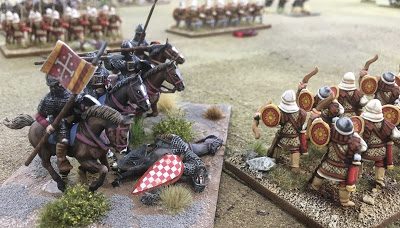 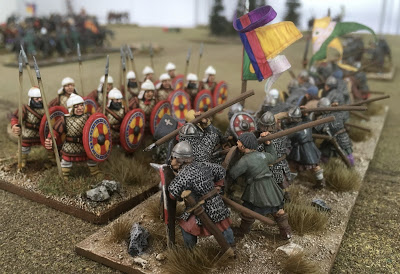 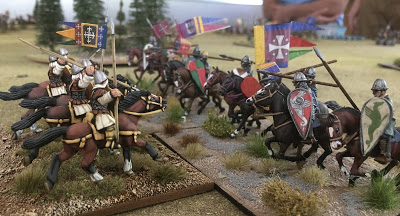 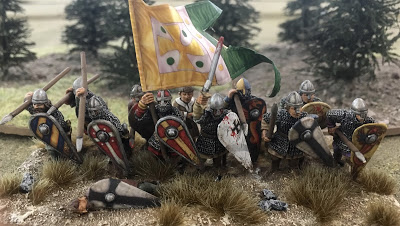 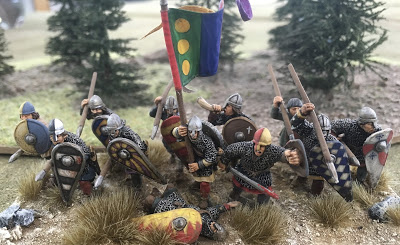