How did you spend your Australia Day weekend??? Well I spent the weekend at a very good friend’s house, Scott Robertson, in Nambour on Sunny Coast Queensland. Scott is a huge fan of ‘Dust Warfare’ a futuristic WWII game where alien technology has been discovered (Germans first of course) and has changed the shape of warfare as we knew it back in the mid to late 1940’s. 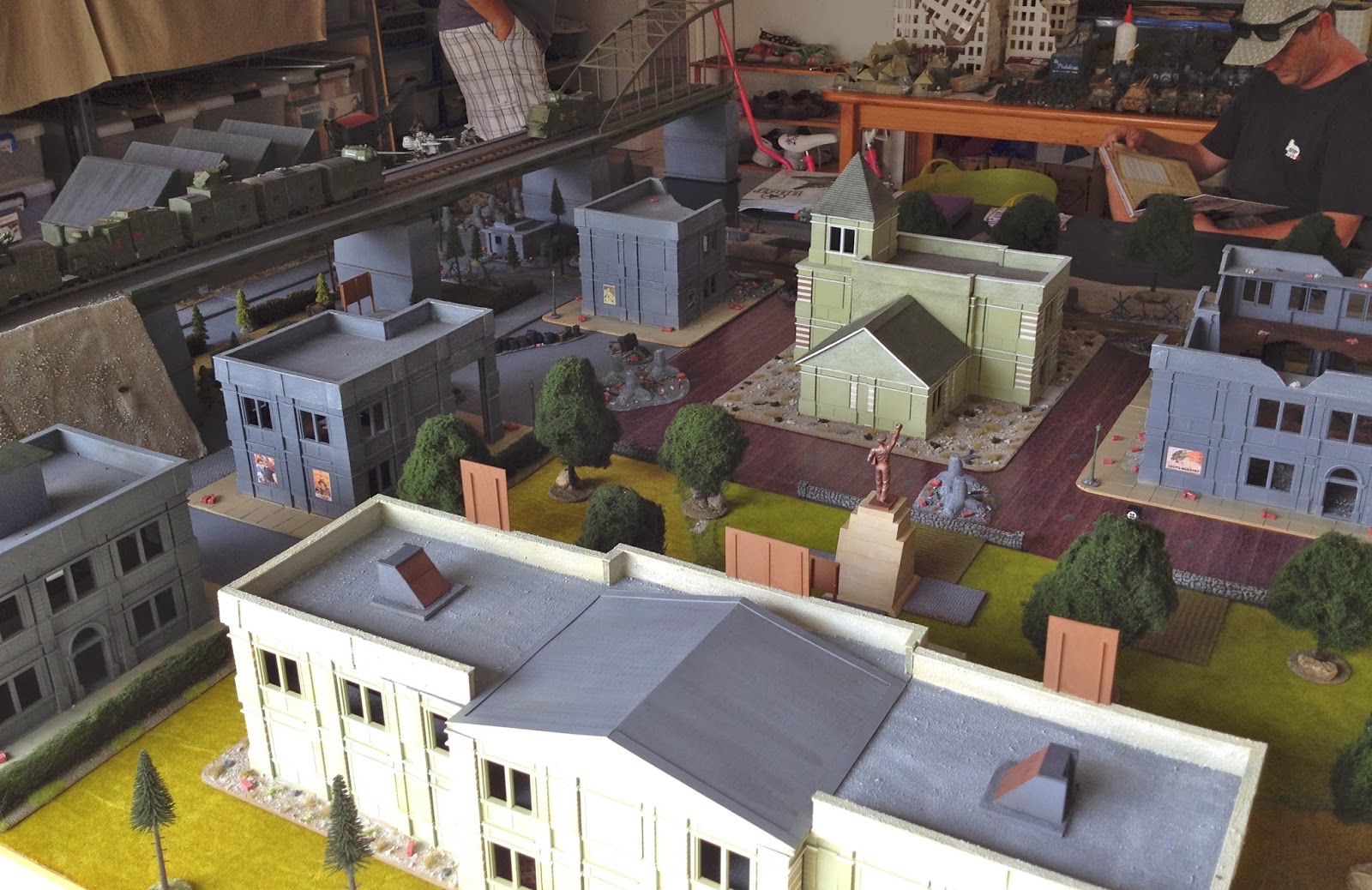 The rule system is very enjoyable to play and Scott has scratch build some fantastic terrain and vehicles, much of which is shown in the images I have posted on this post. From intelligent Gorillas to giant walkers and zombies it made for a fun game and enjoyed very much by myself and Leroy Simpson, who also participated in the game. I have upload quite a few images of most of Scott’s figures and terrain so please enjoy and maybe…maybe you might pick up the box set and start to change history. 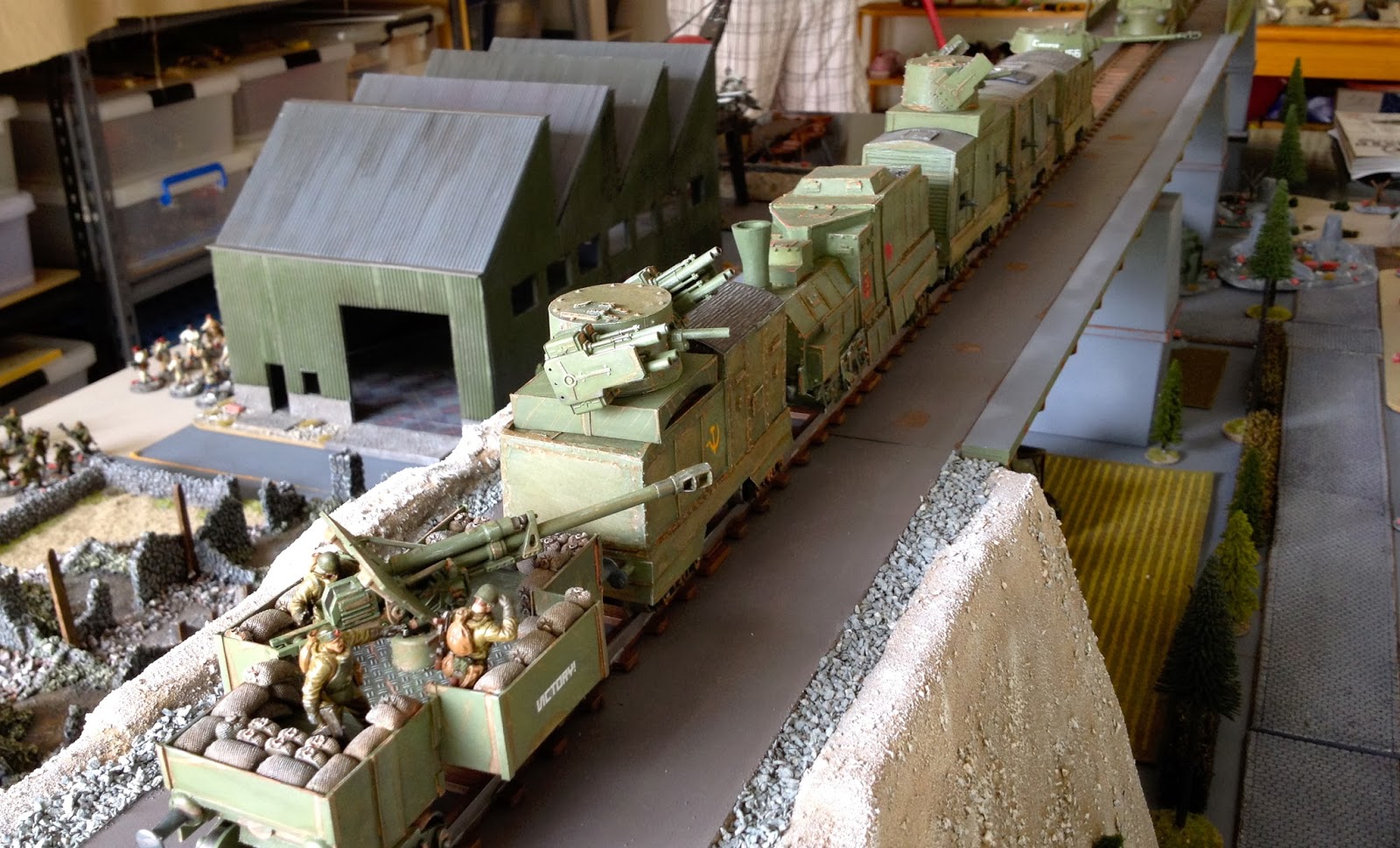 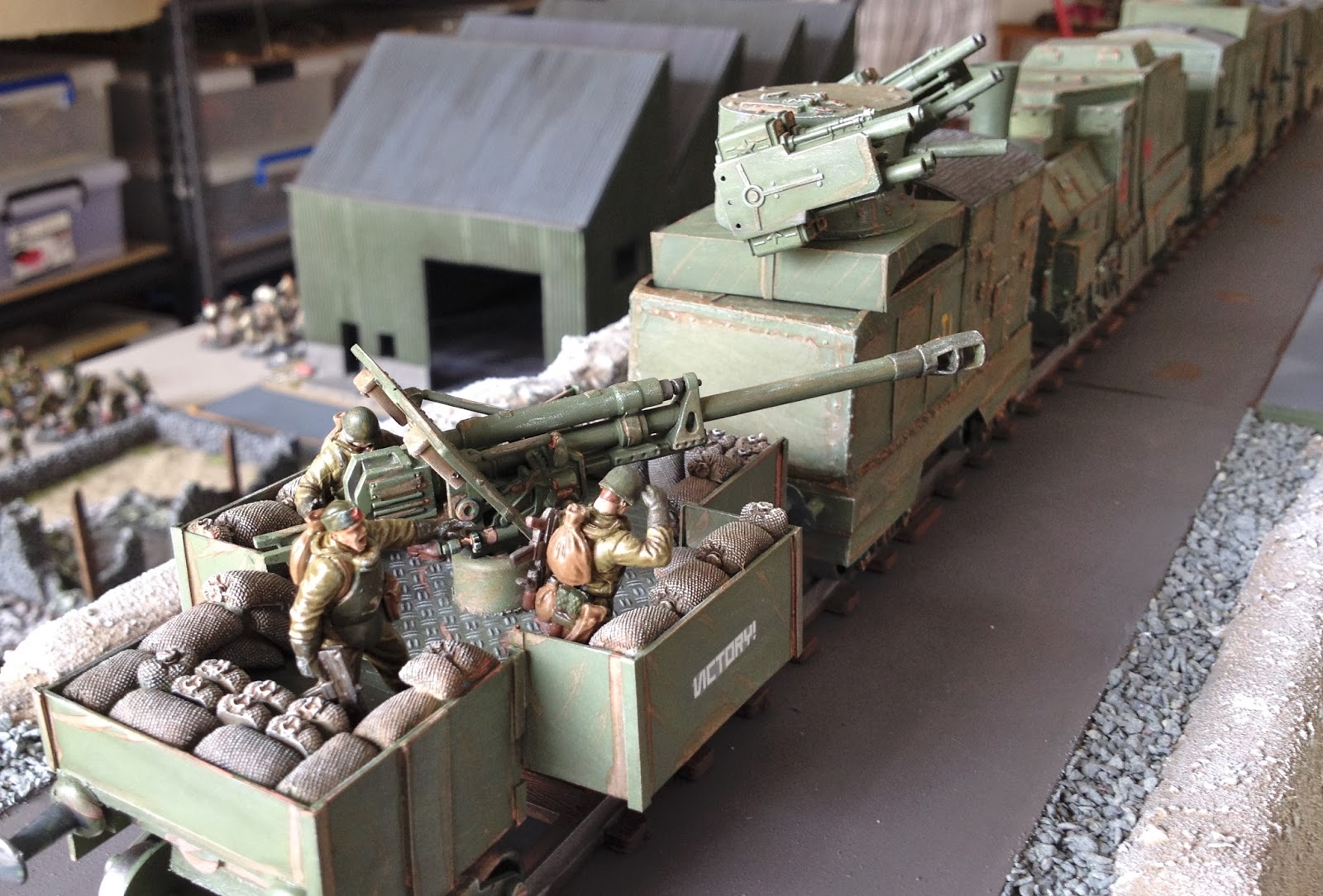 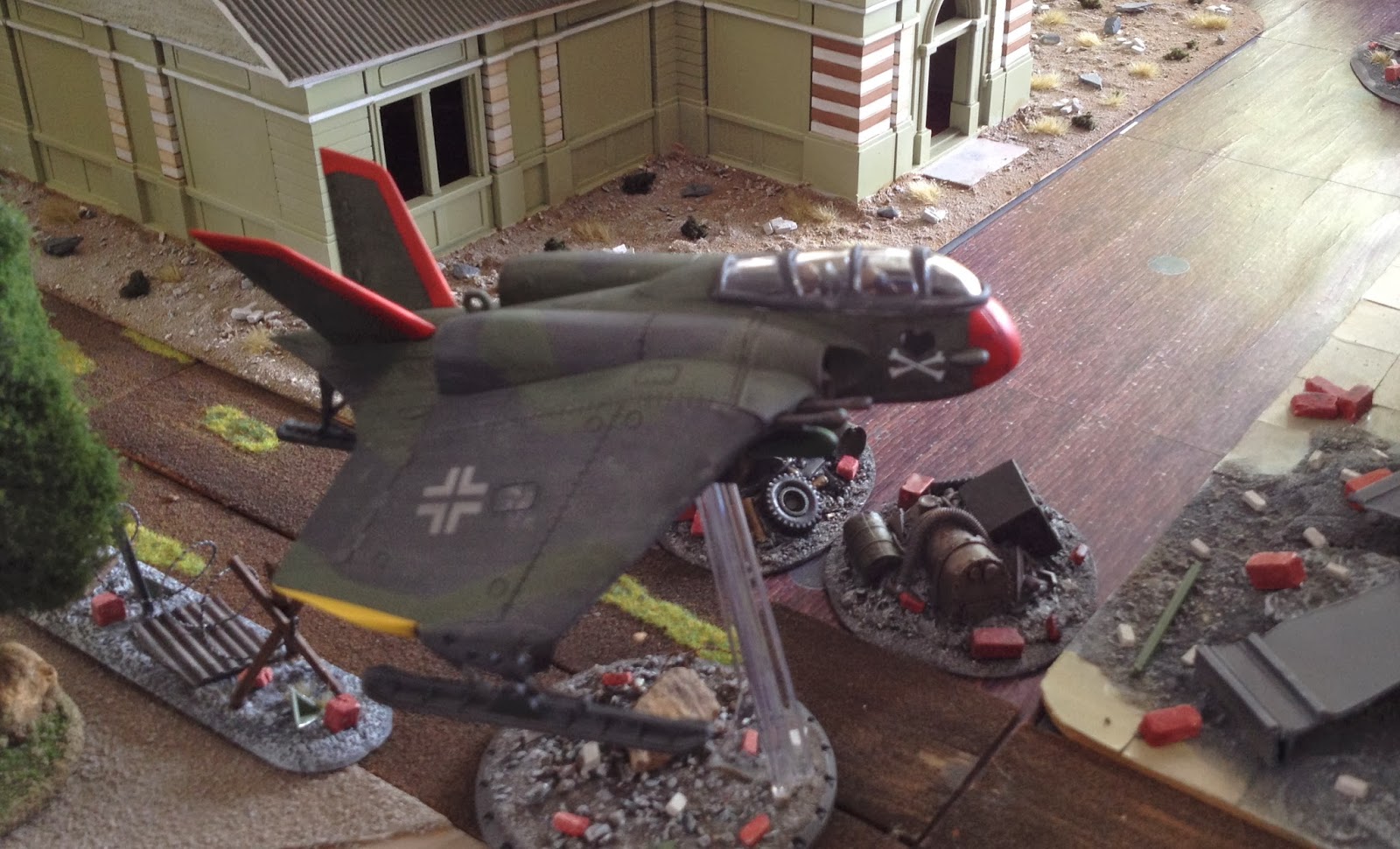 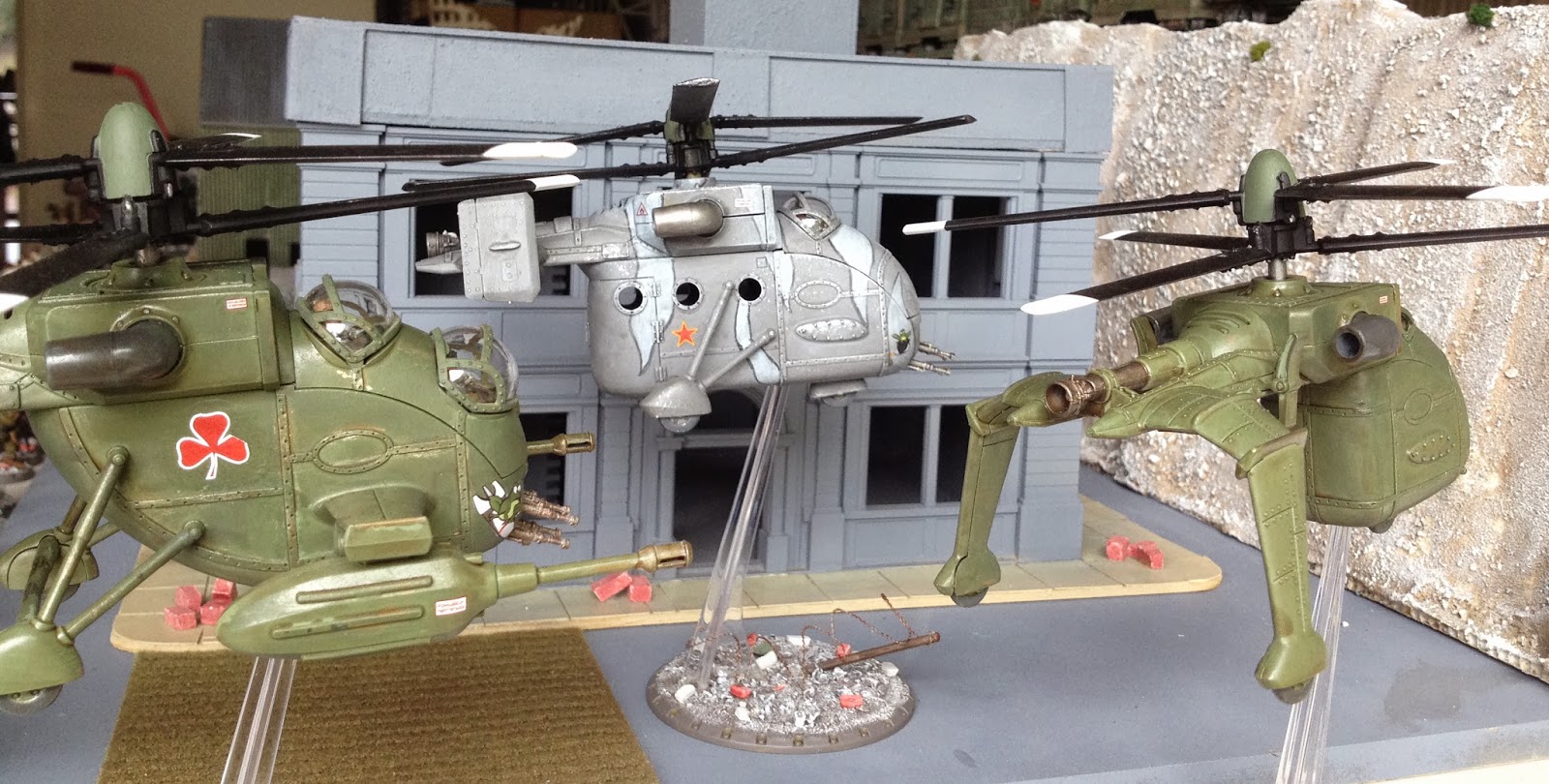 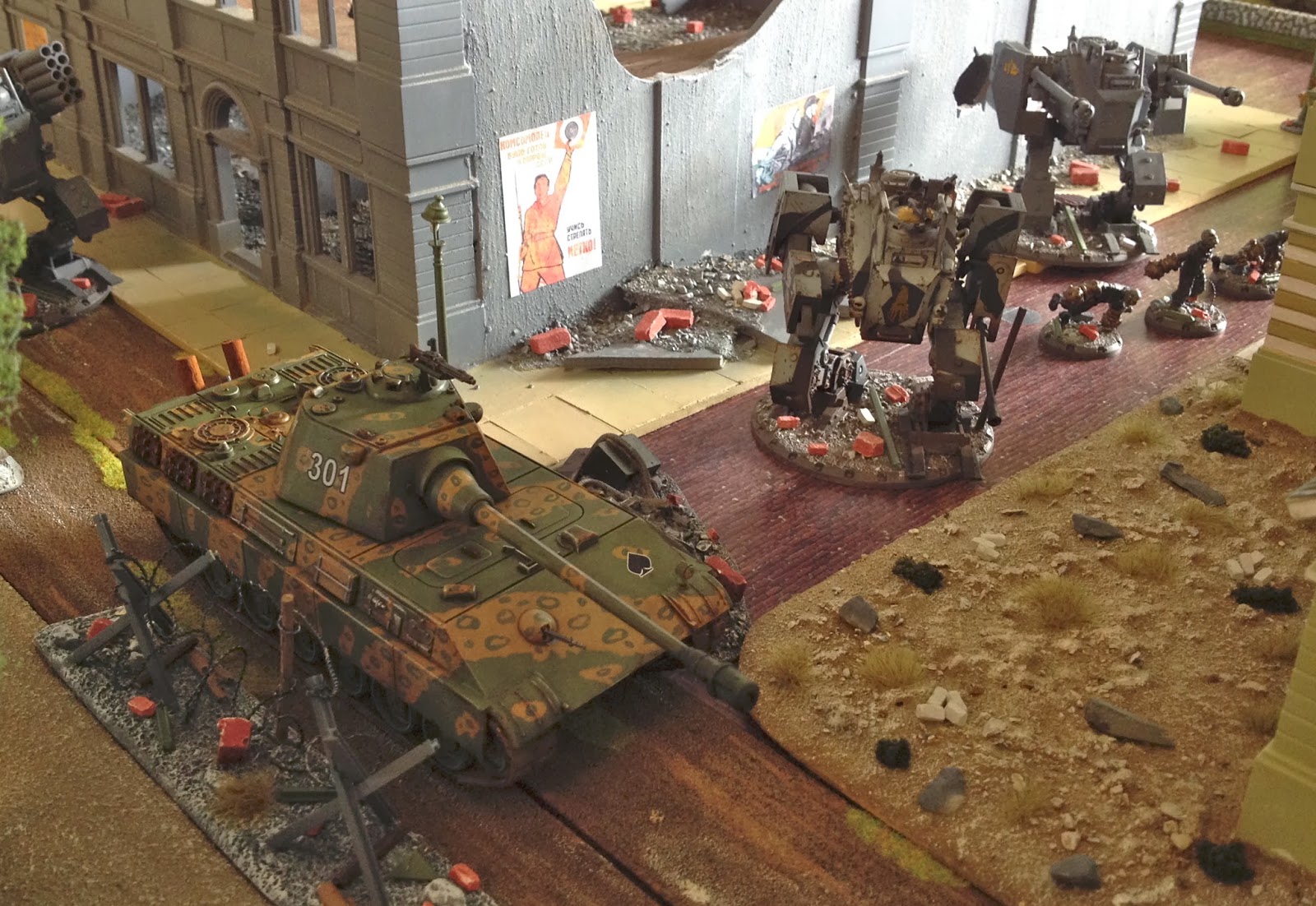 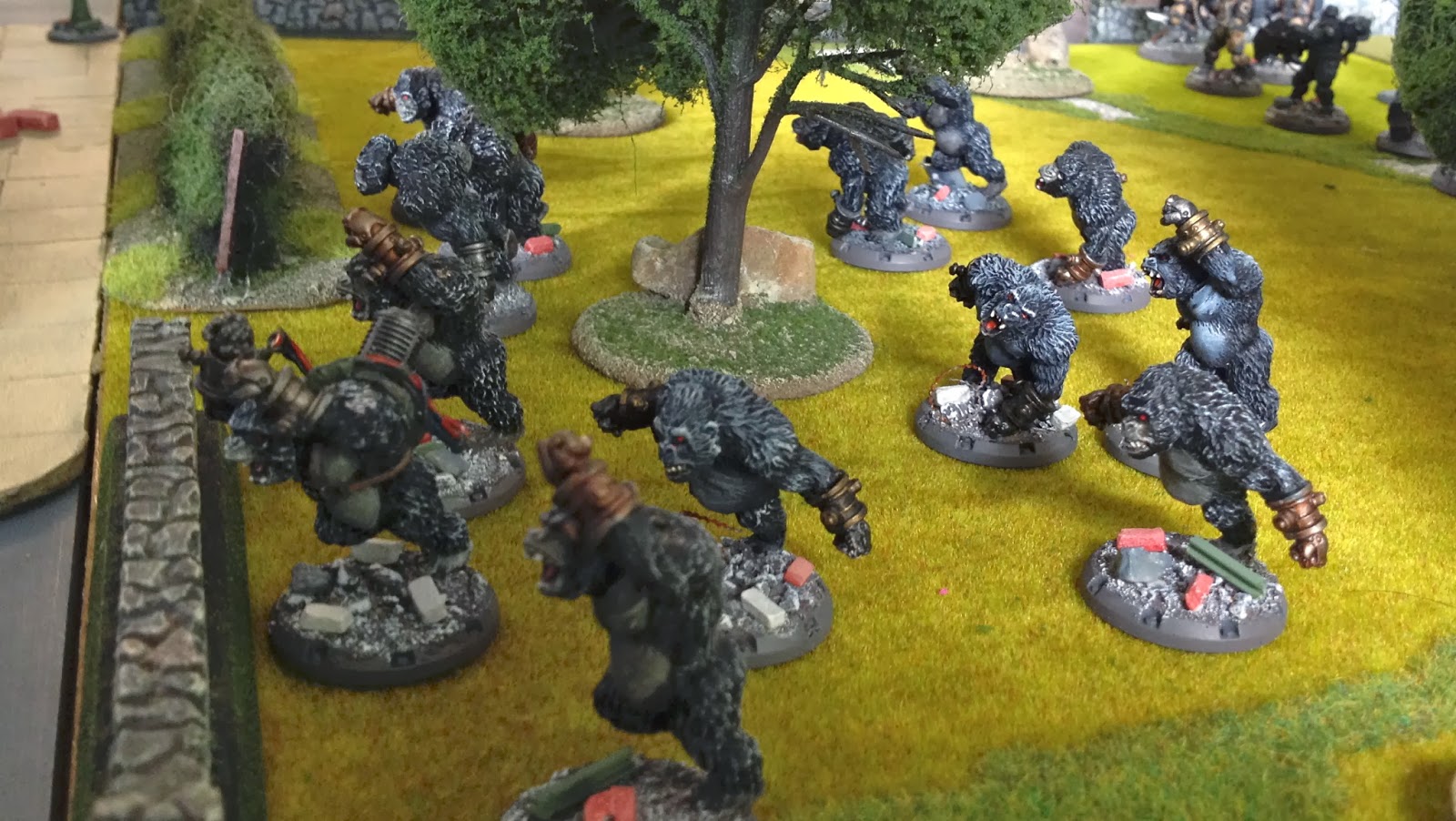 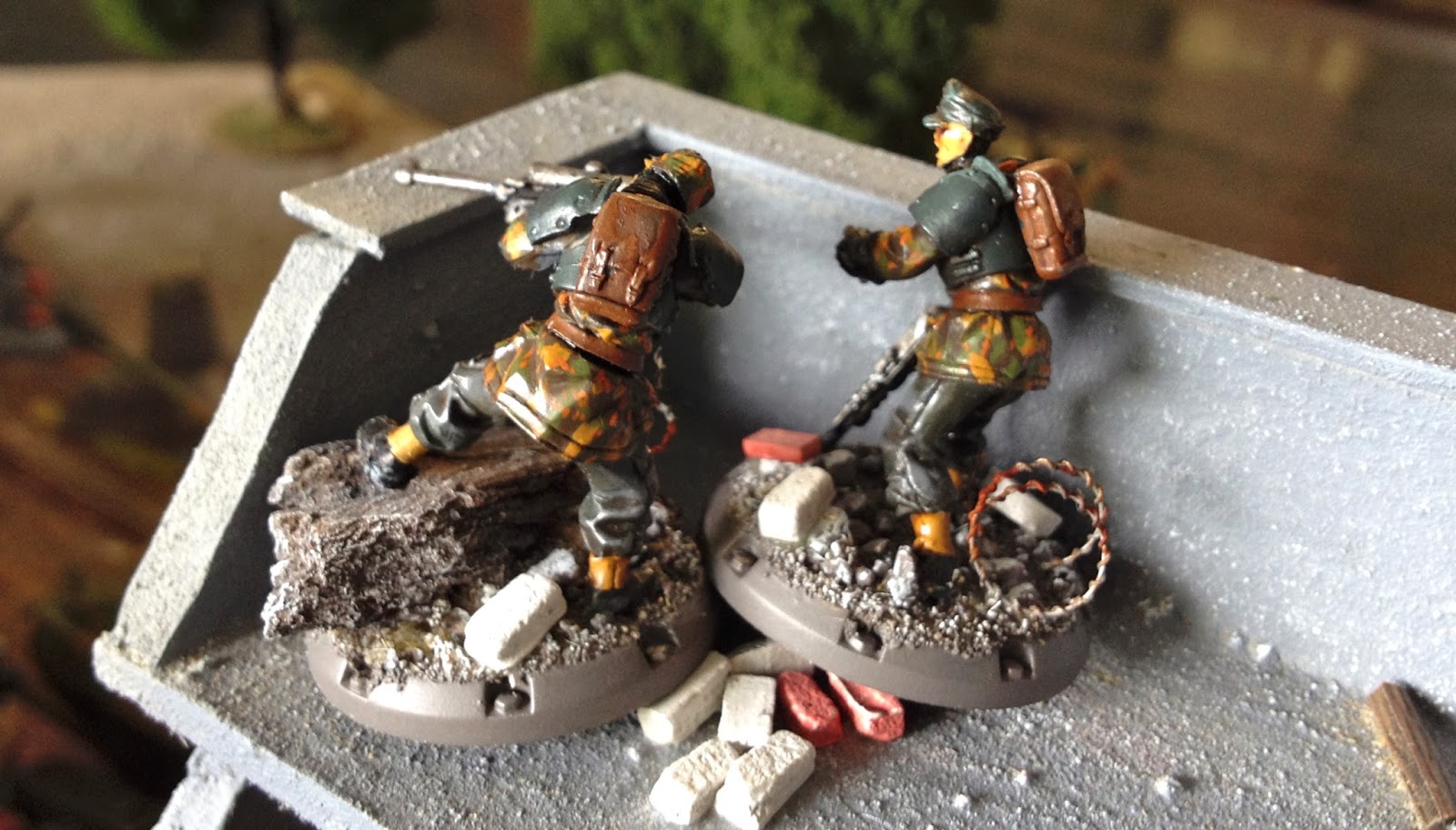 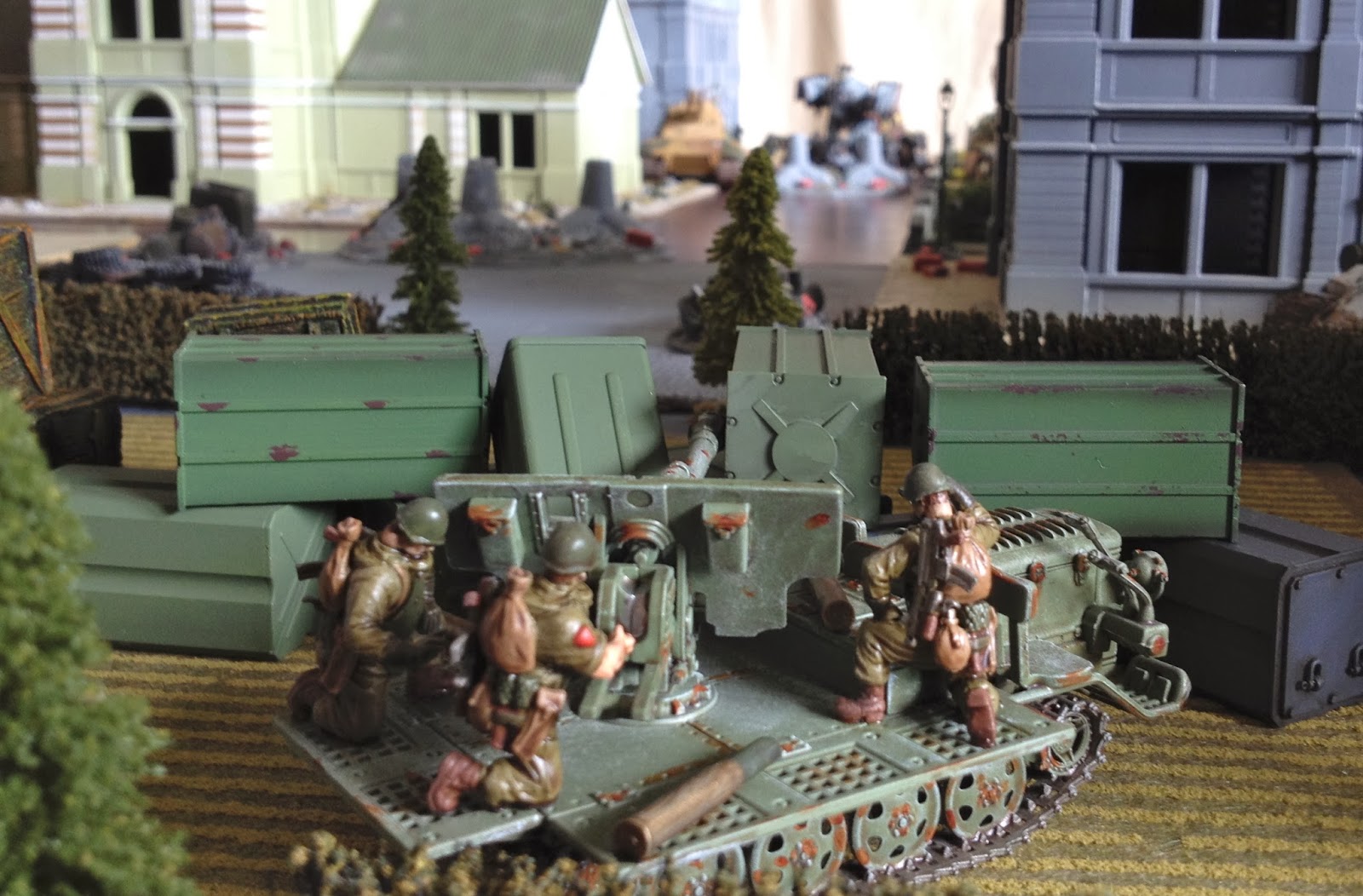 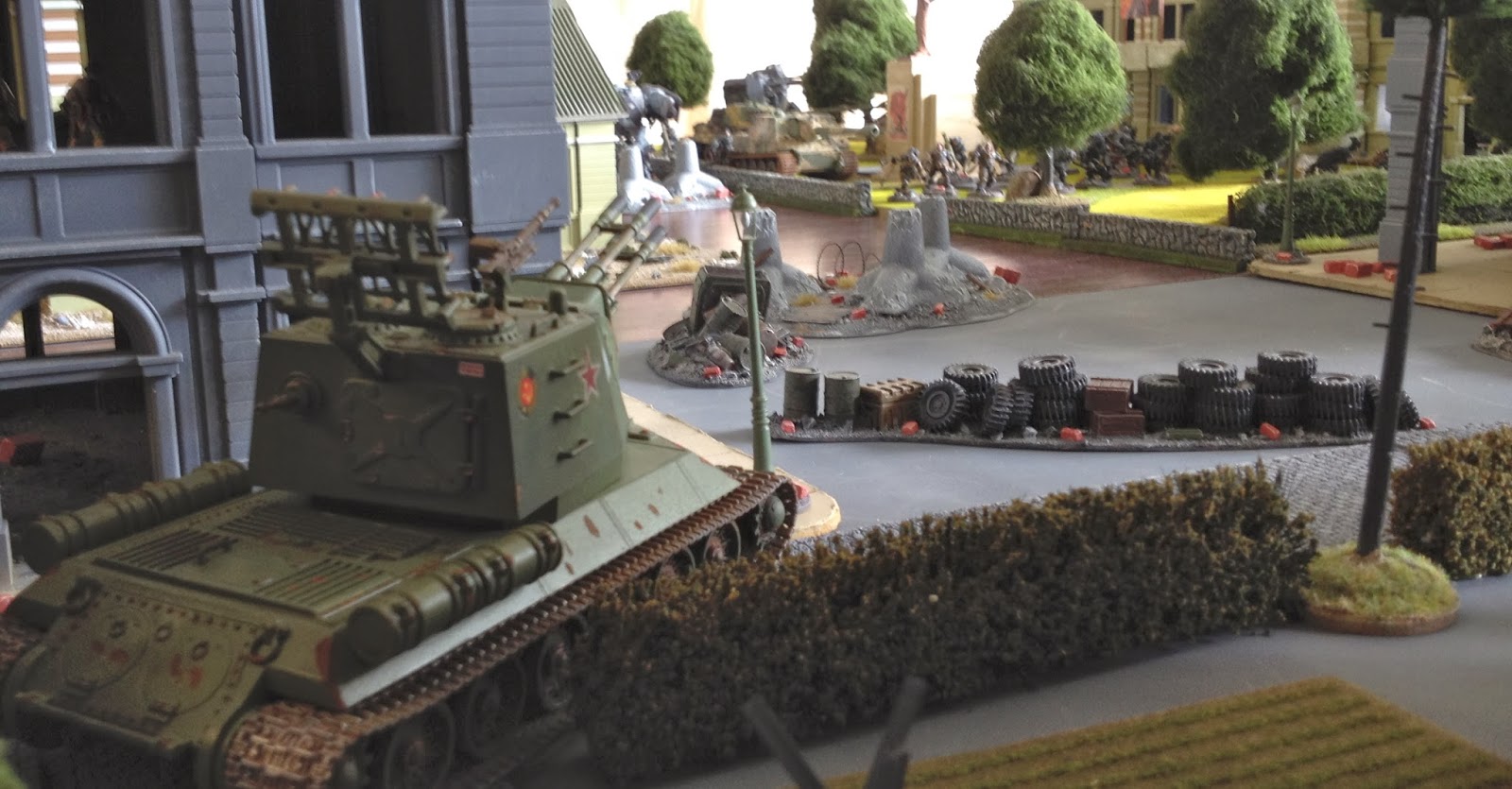 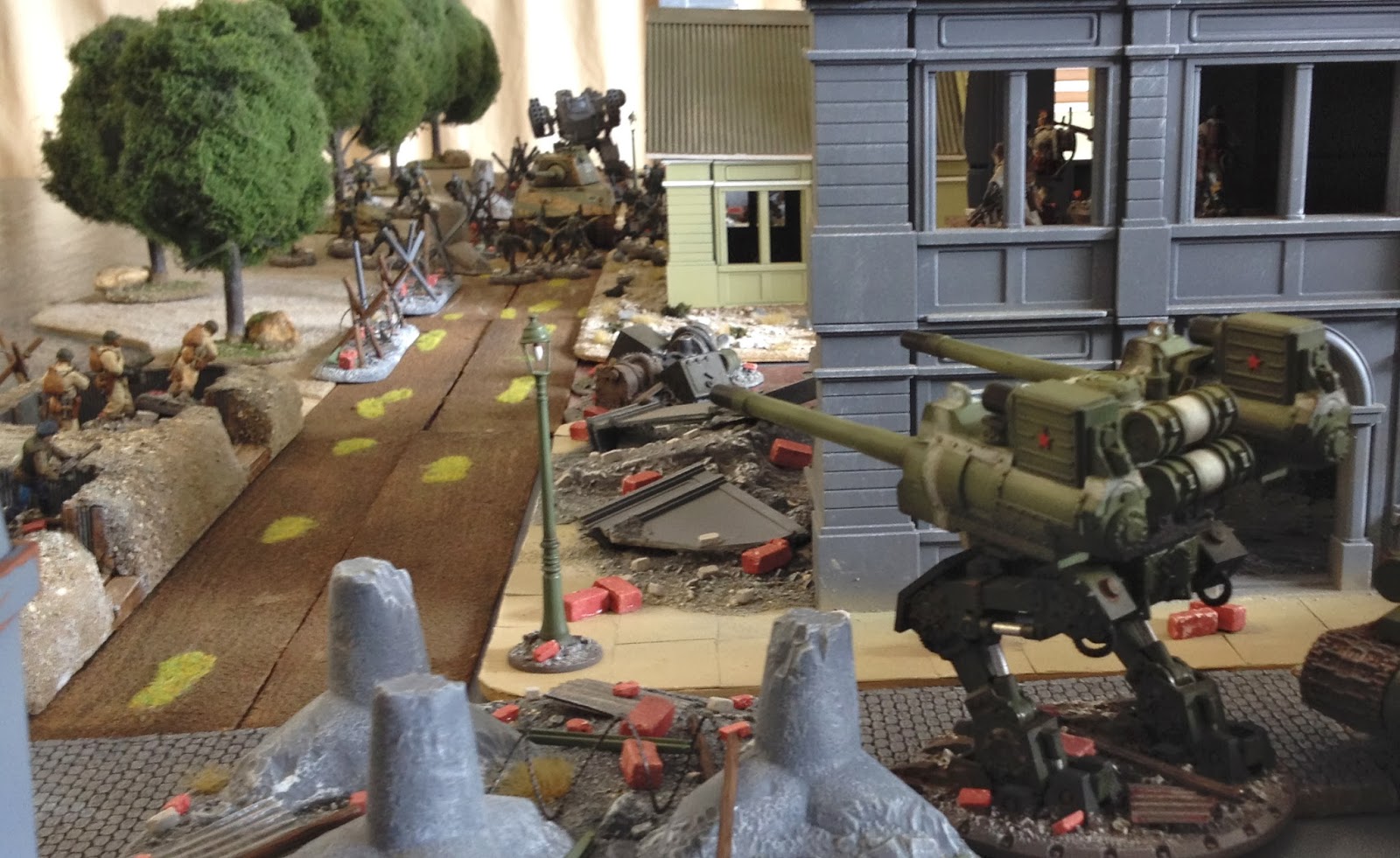 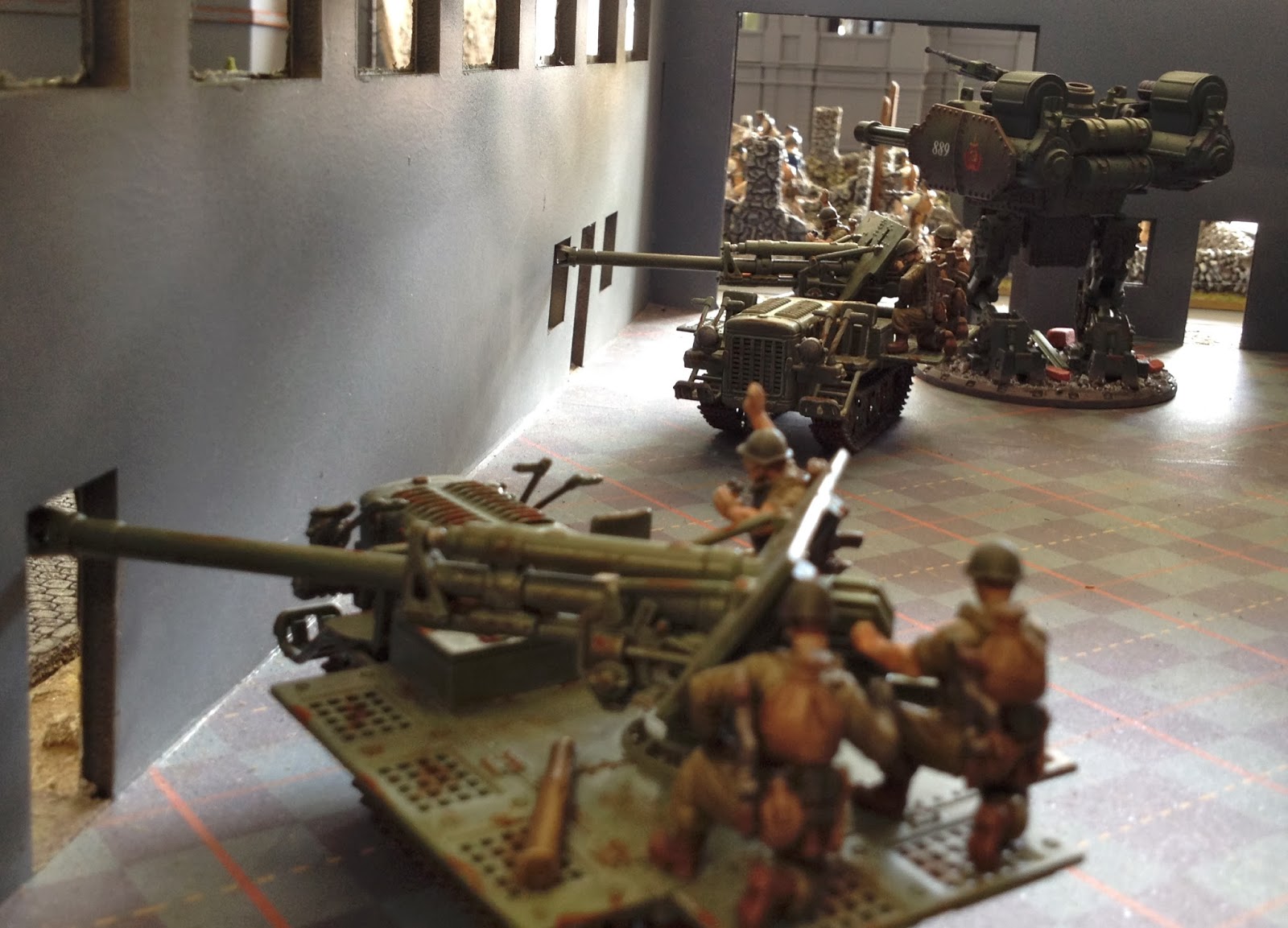 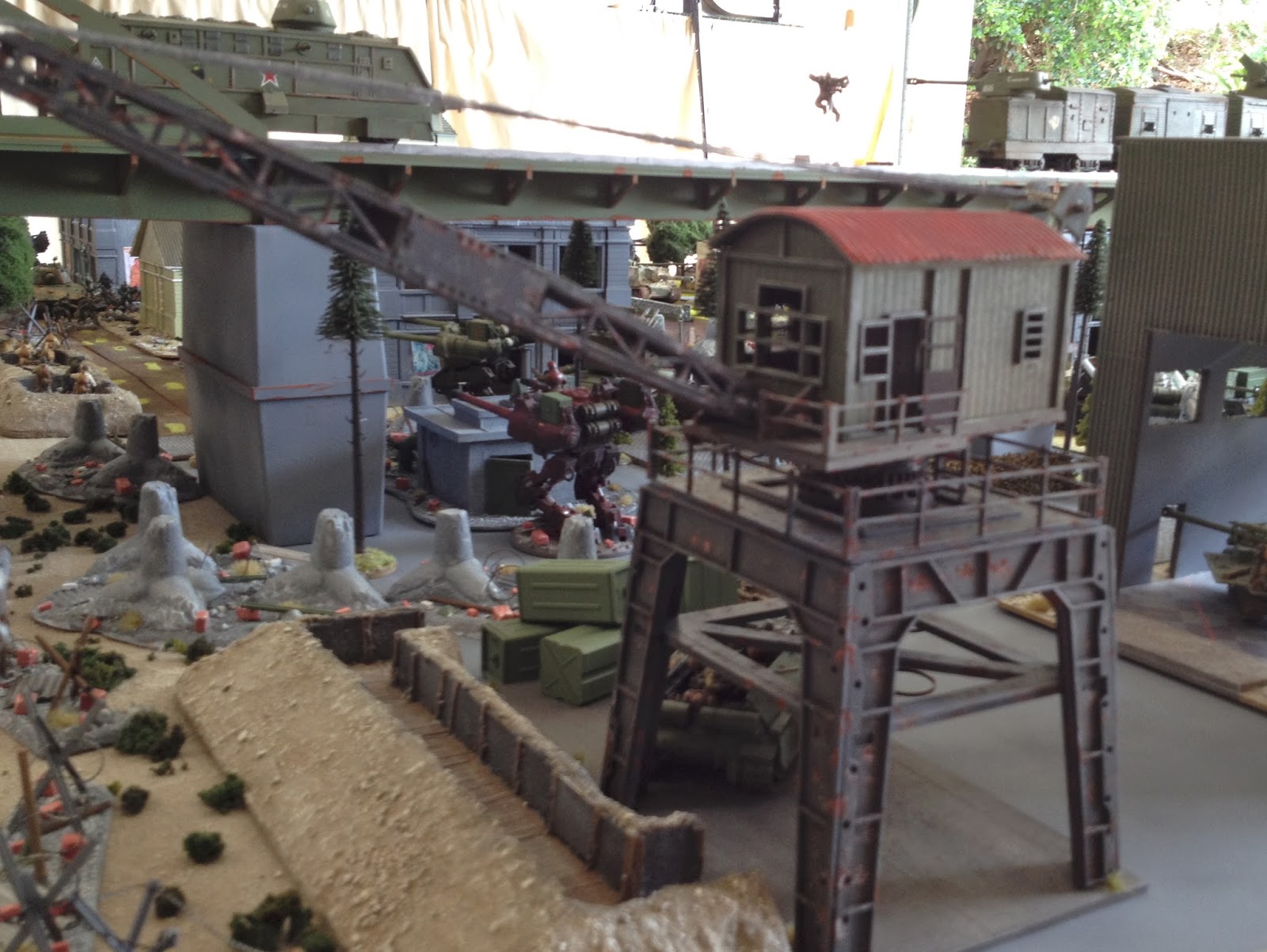 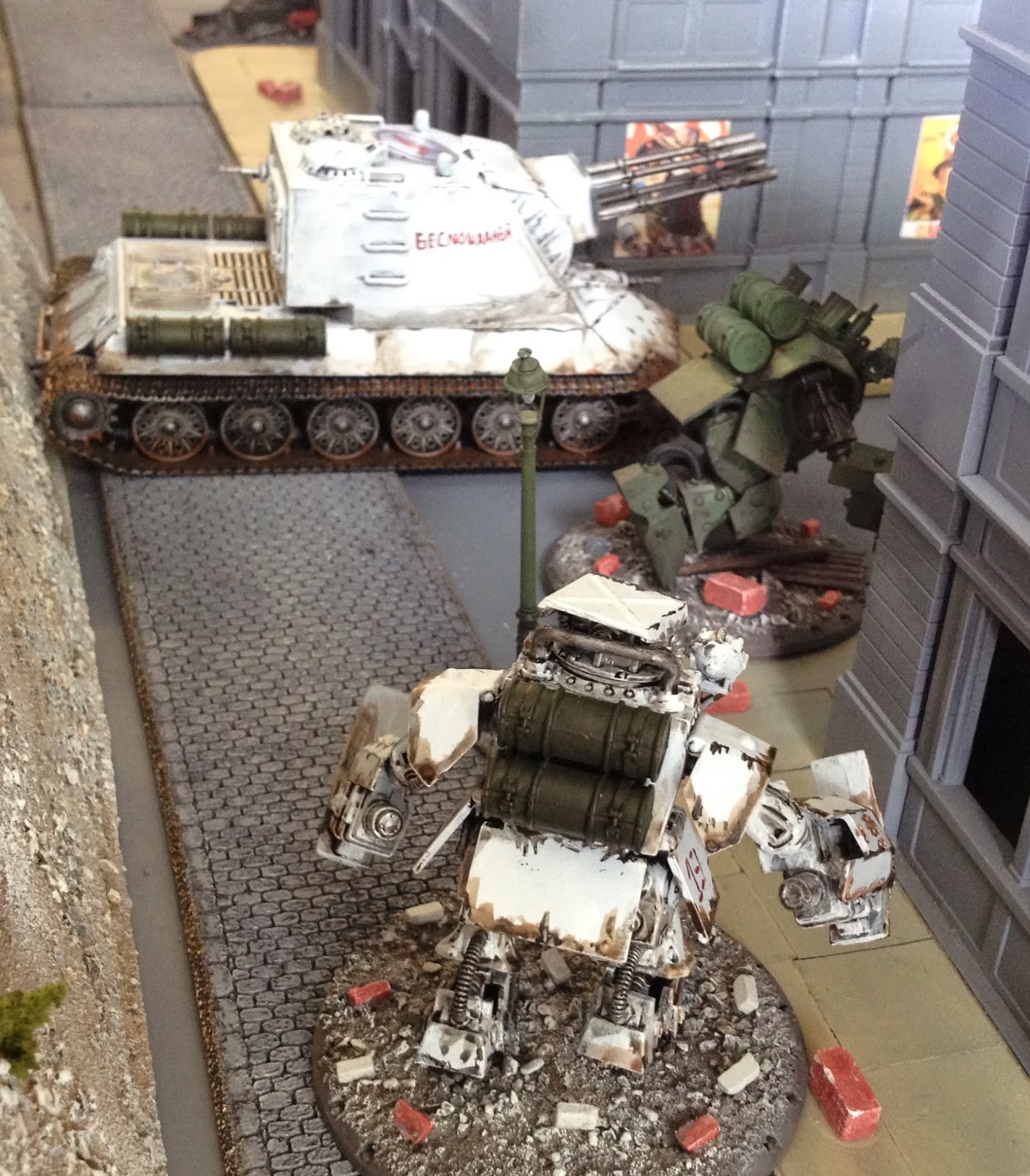 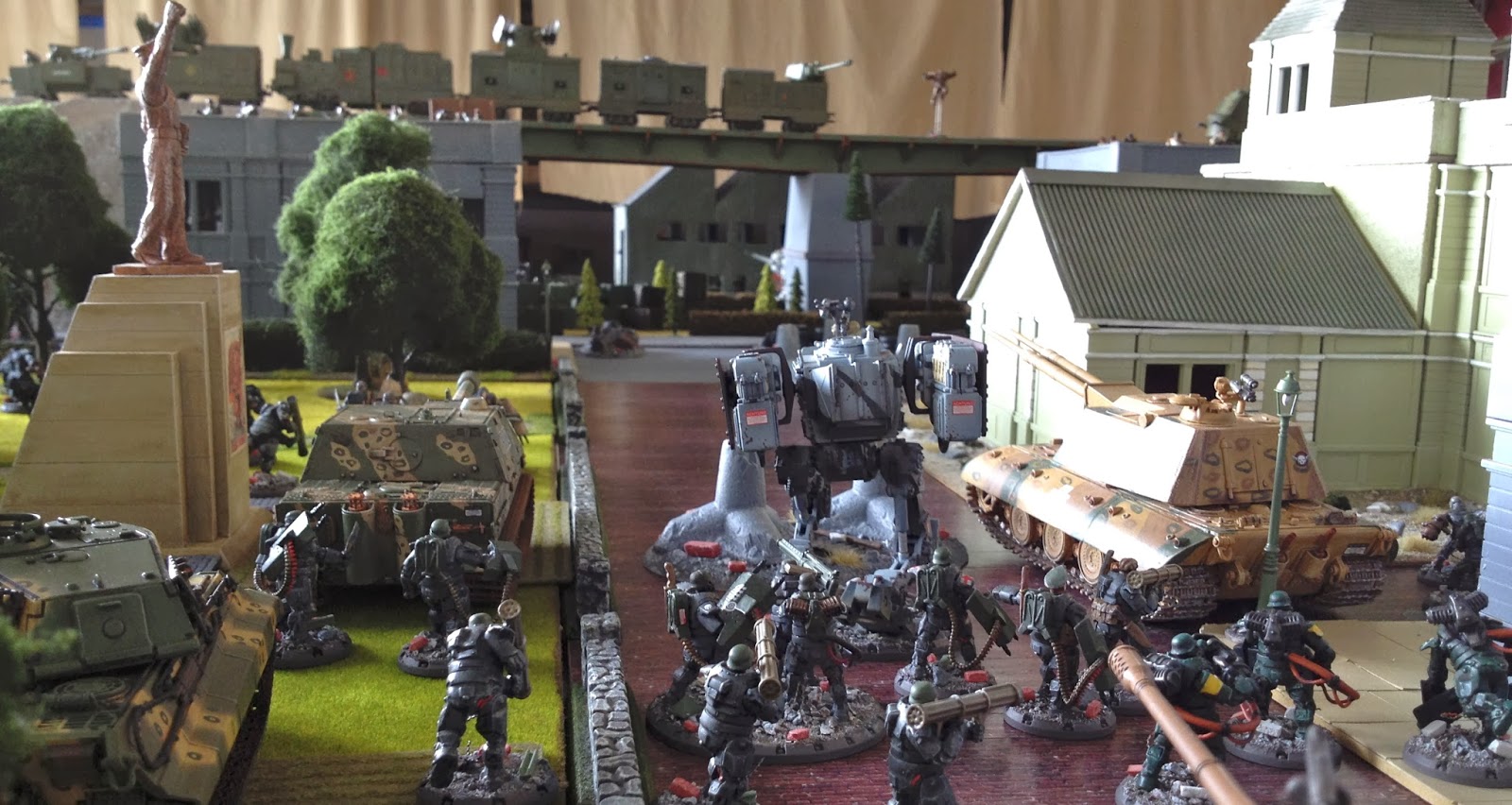 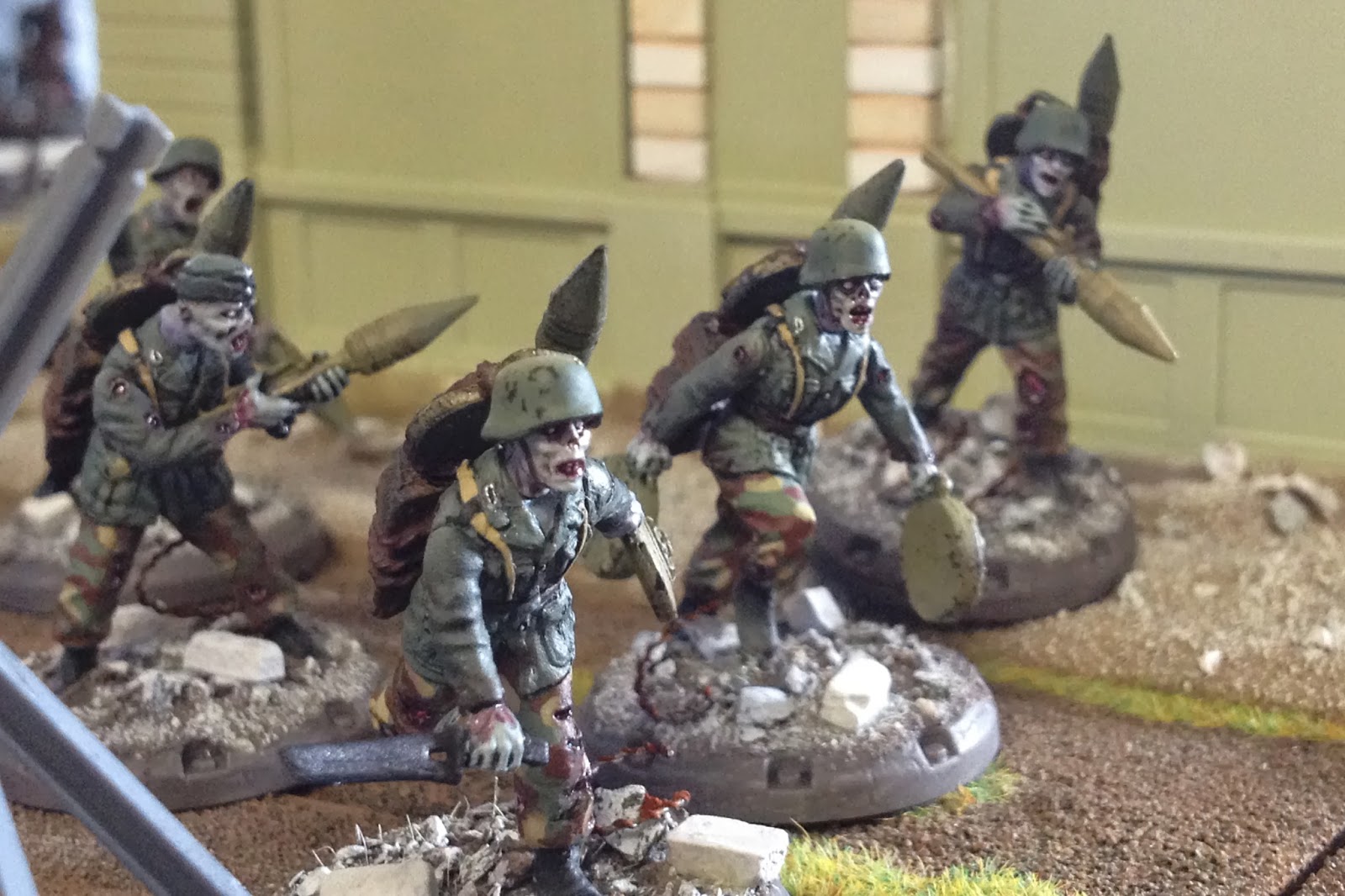 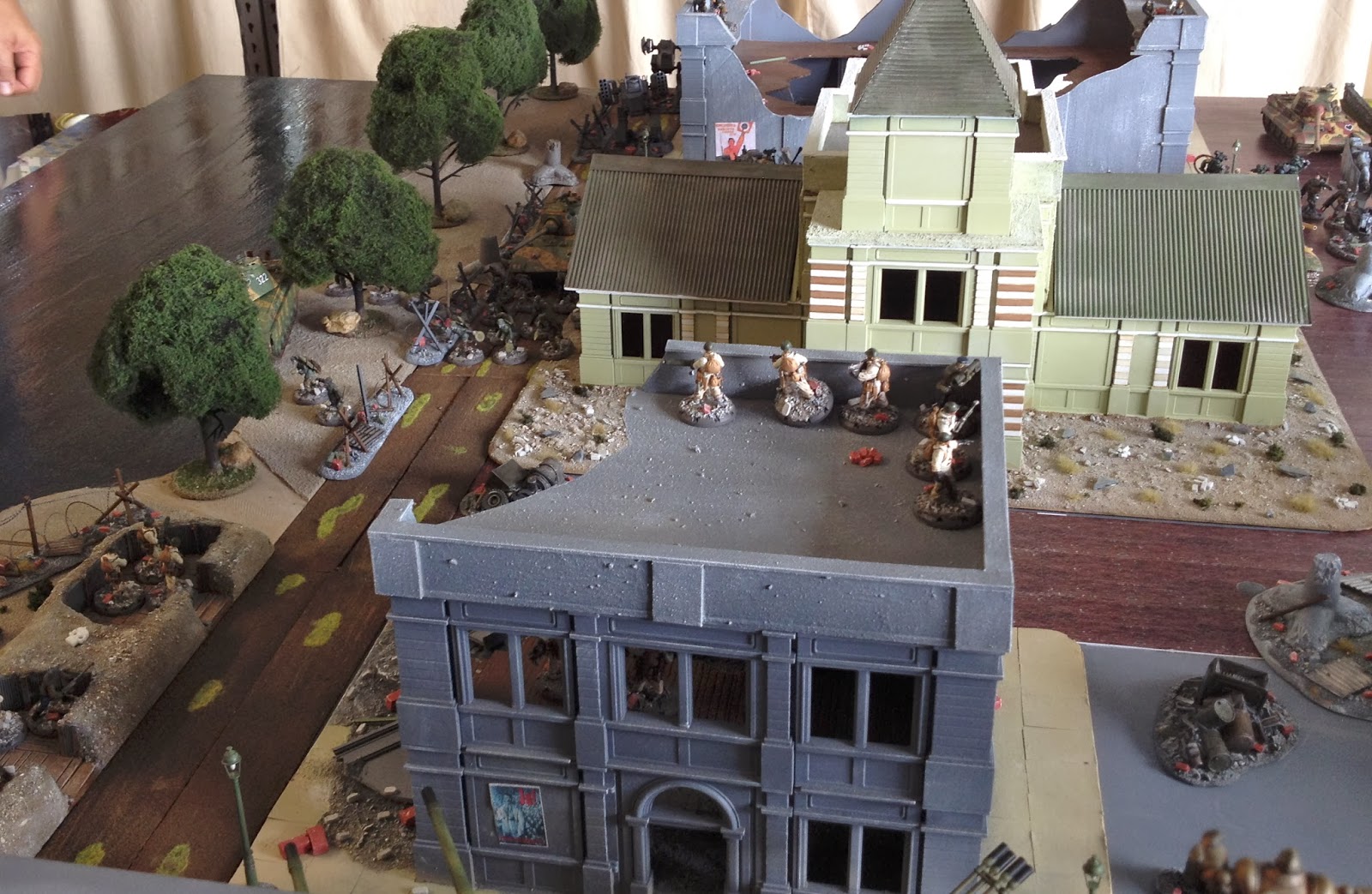 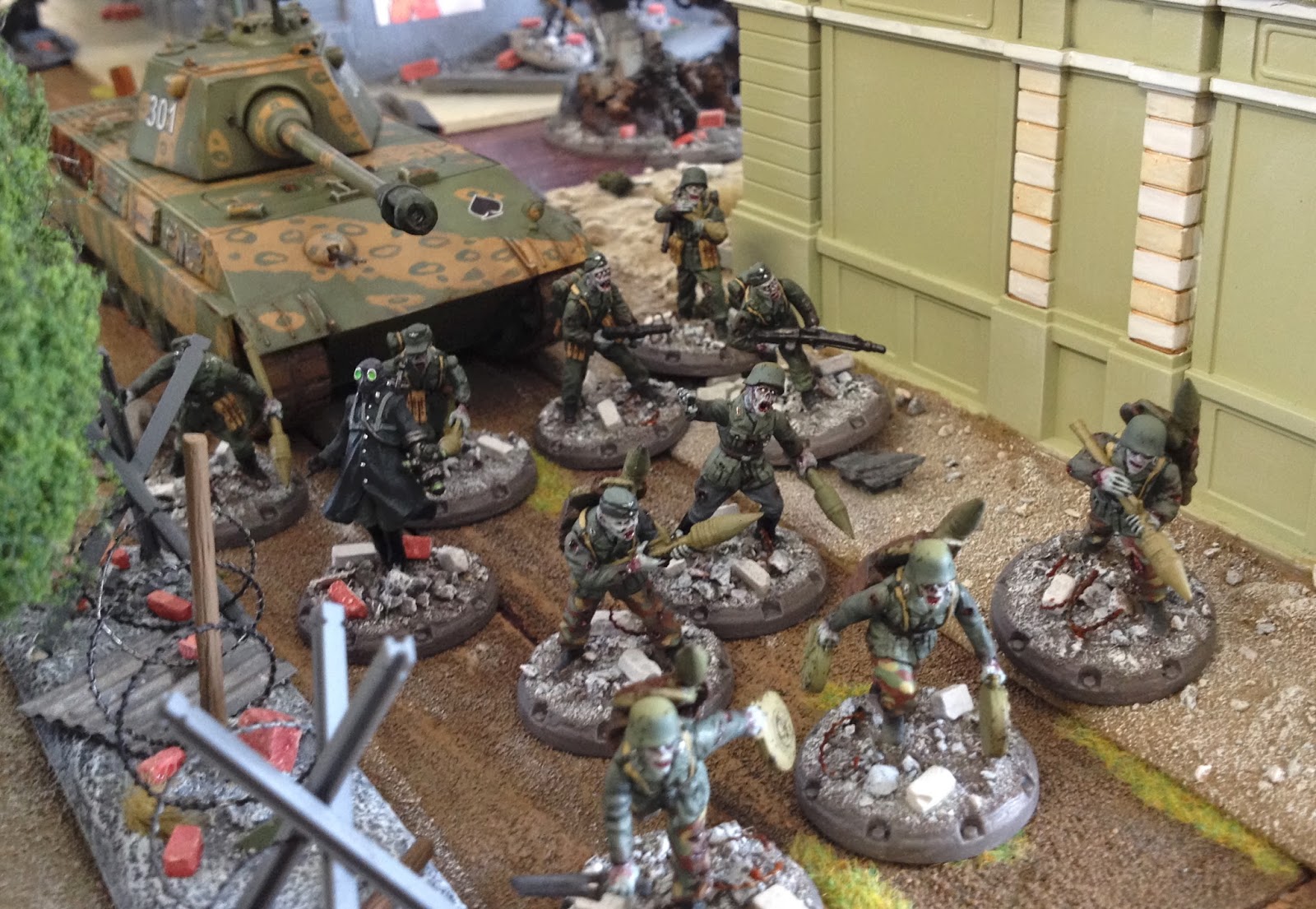 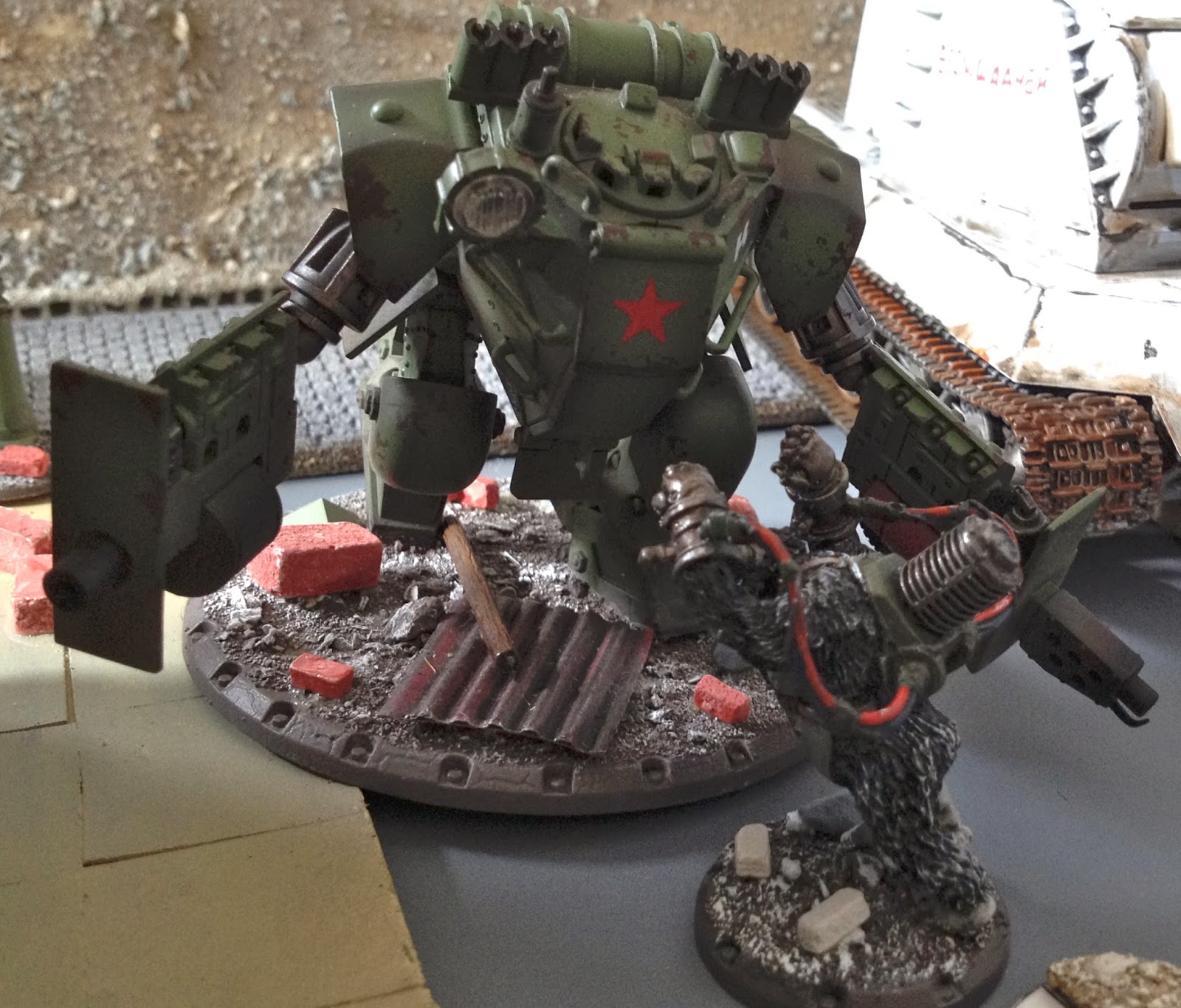 A Russian walker going hand to hand with a Gorilla? 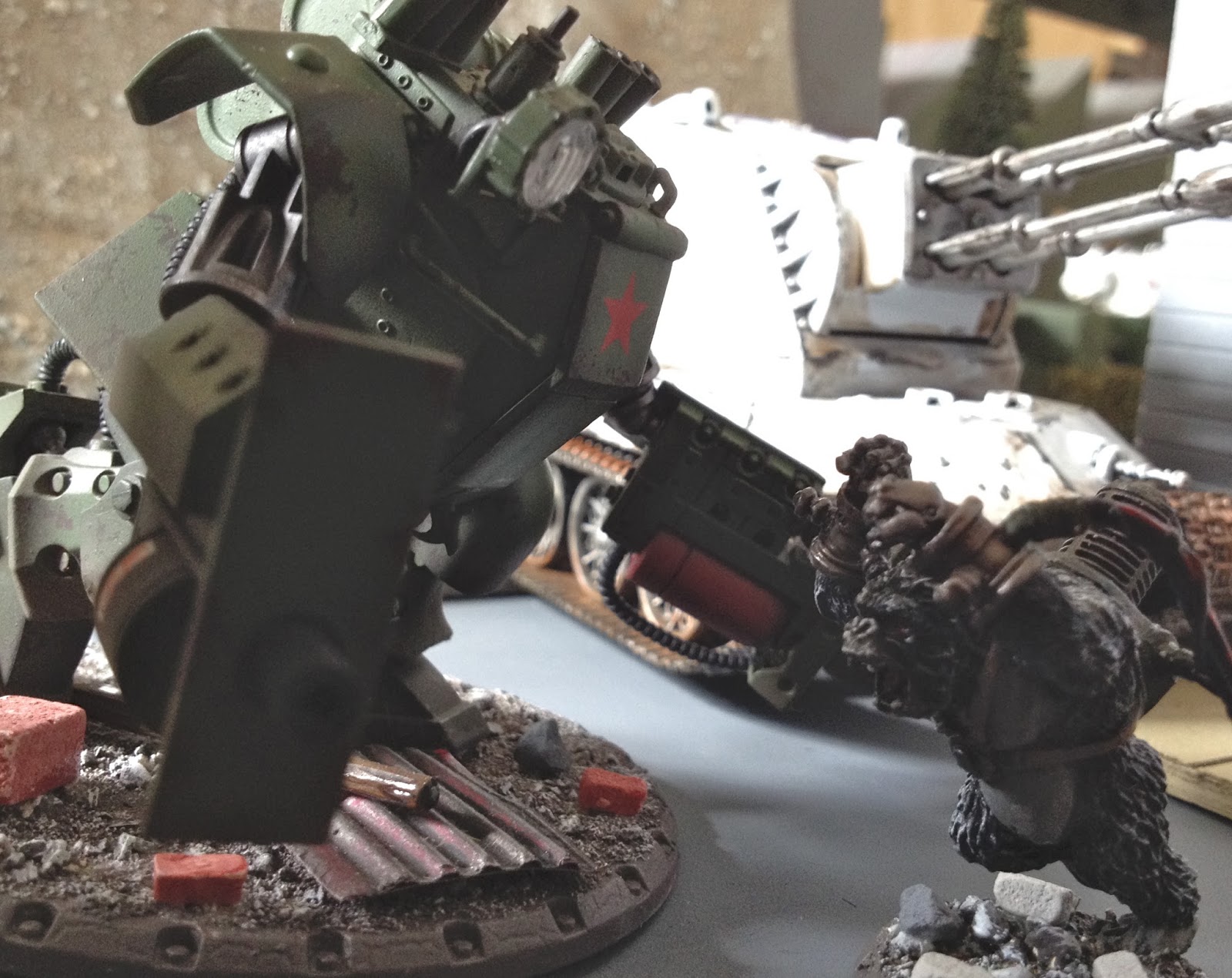 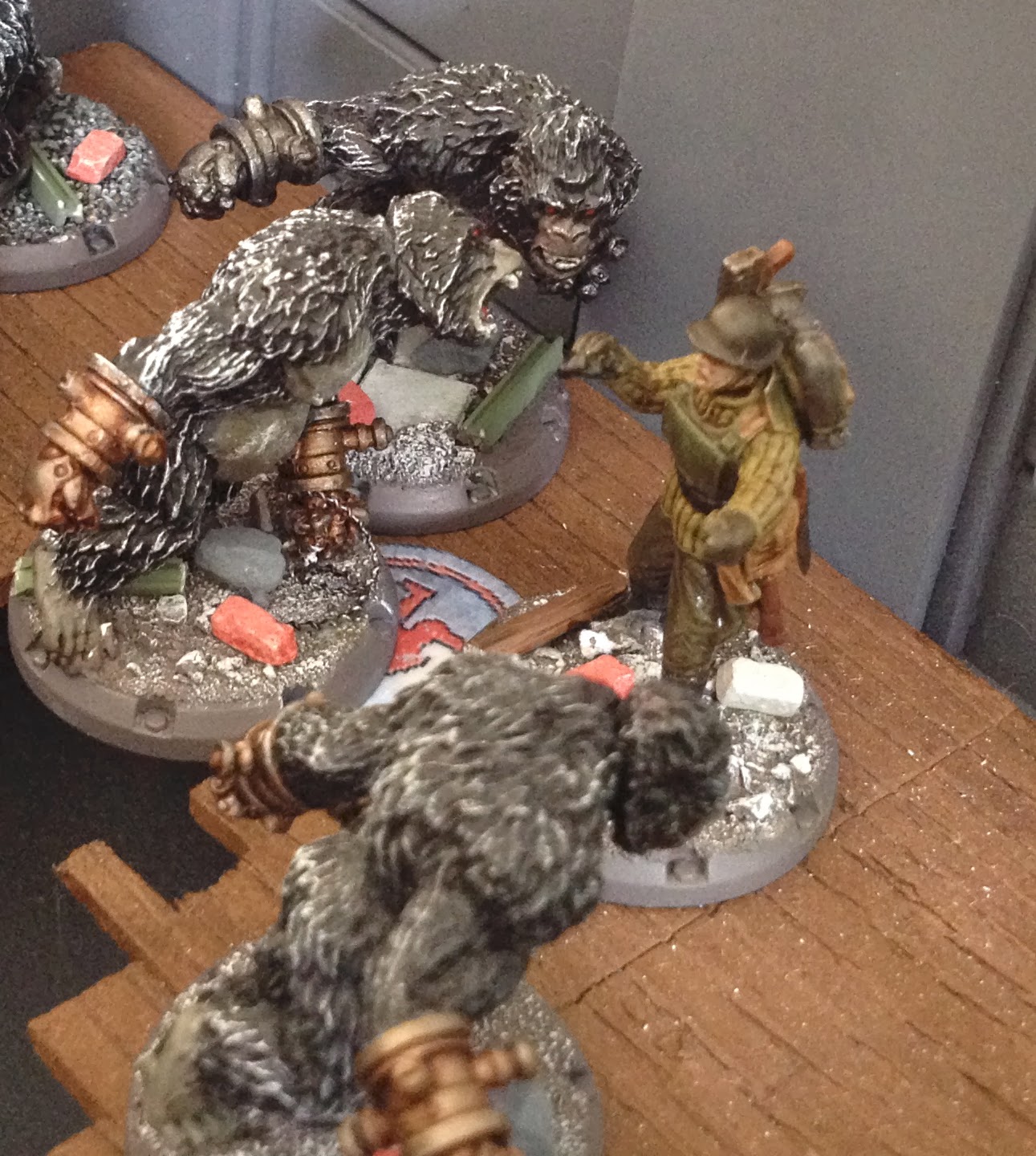 My poor Russian soldier had no change 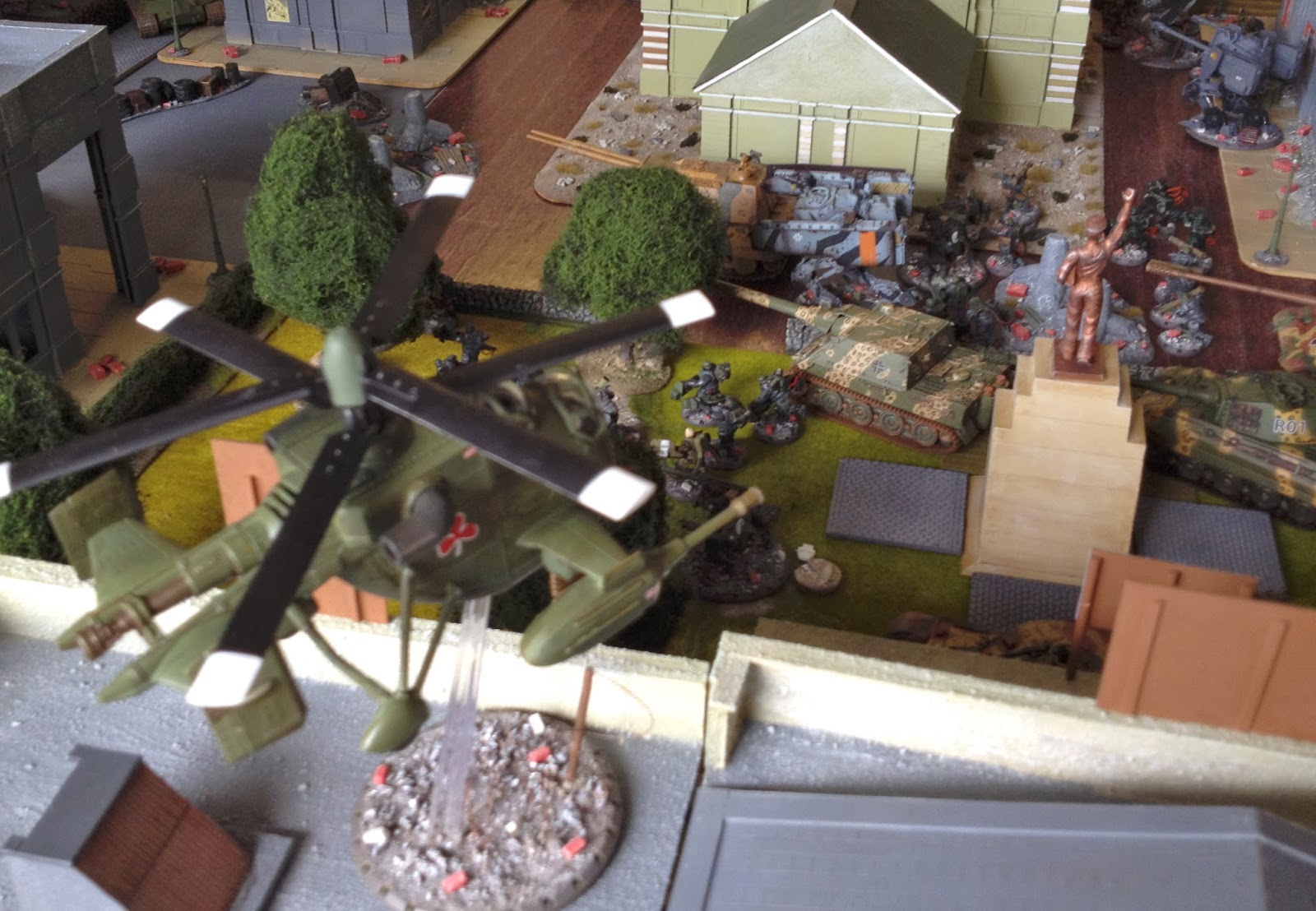 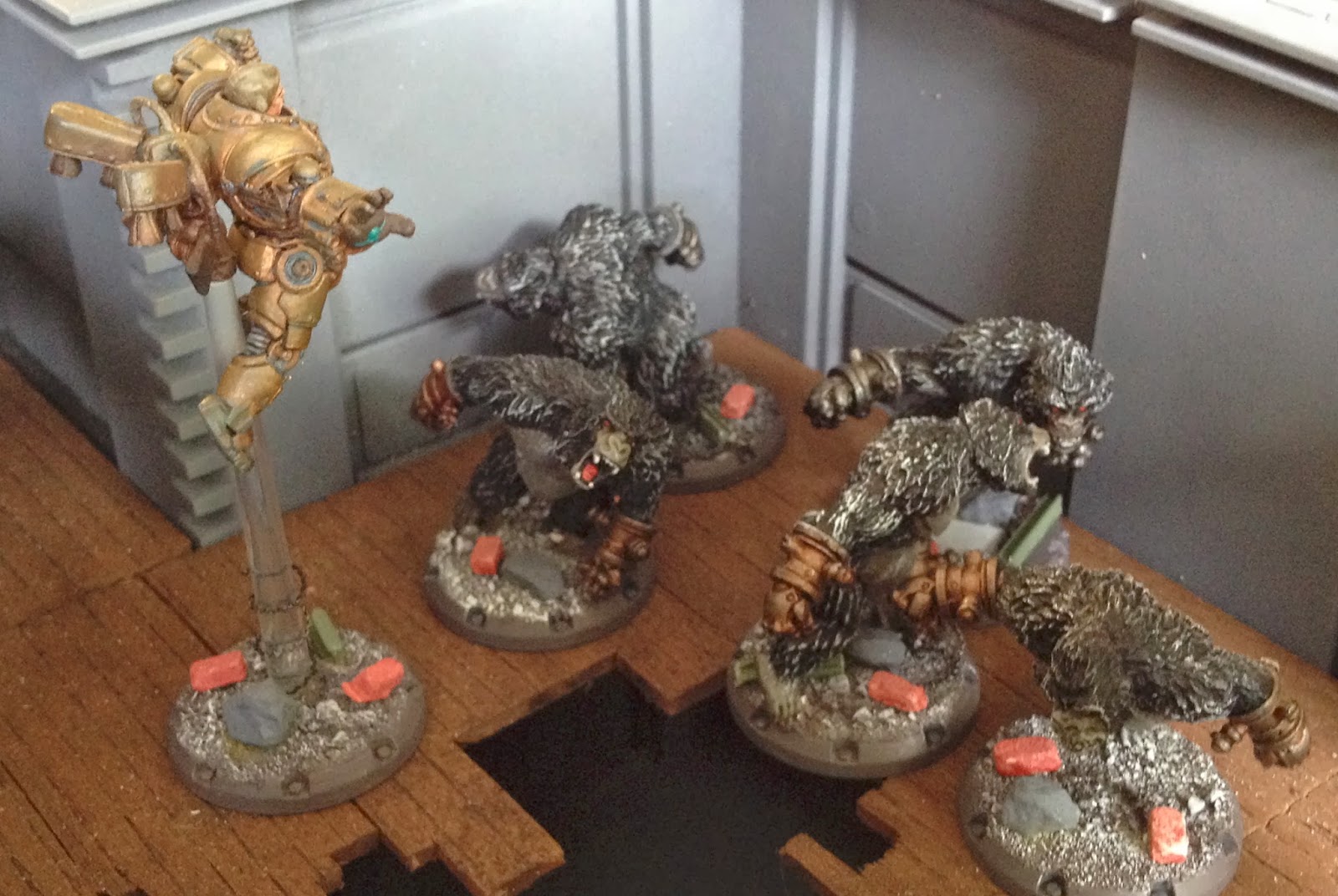 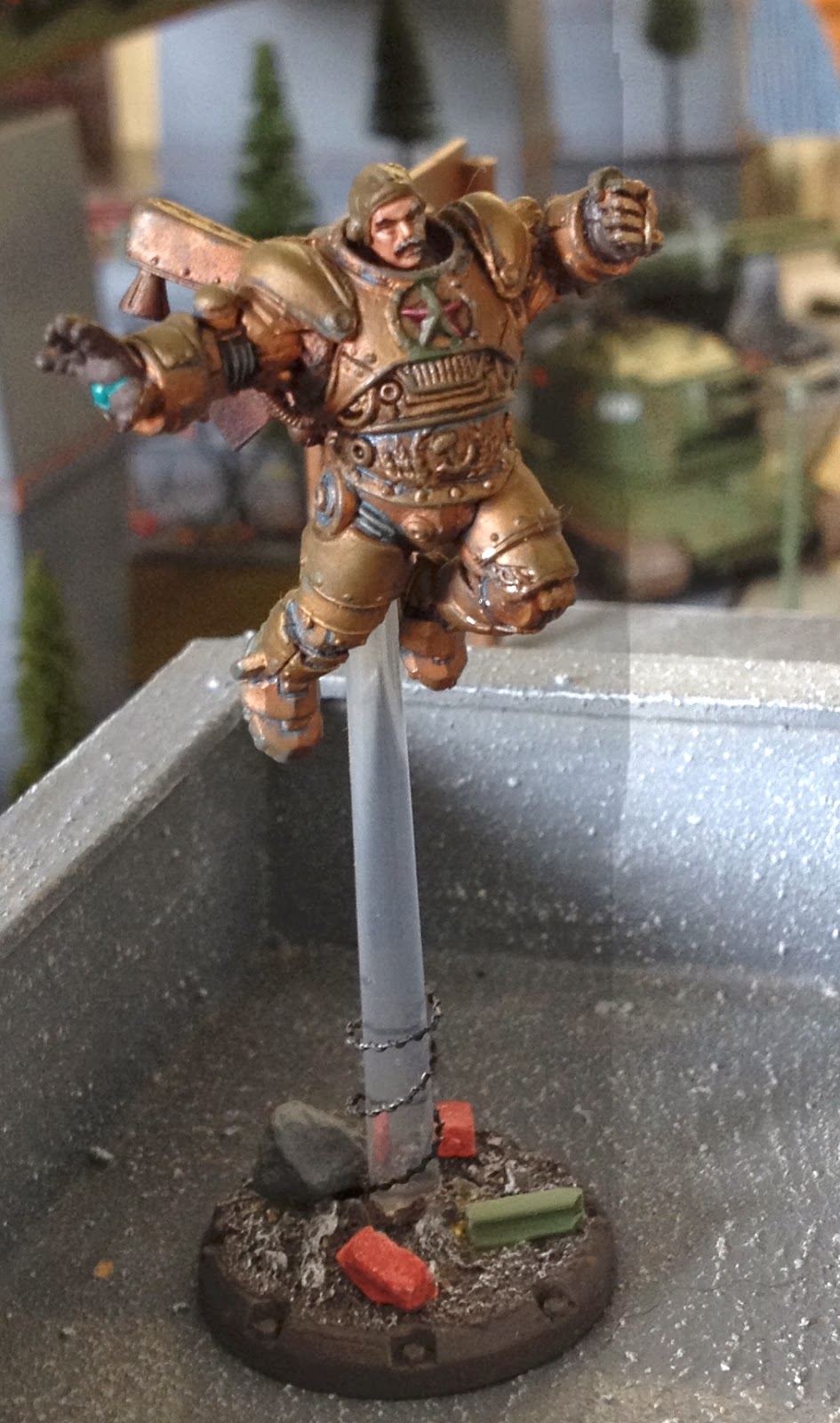 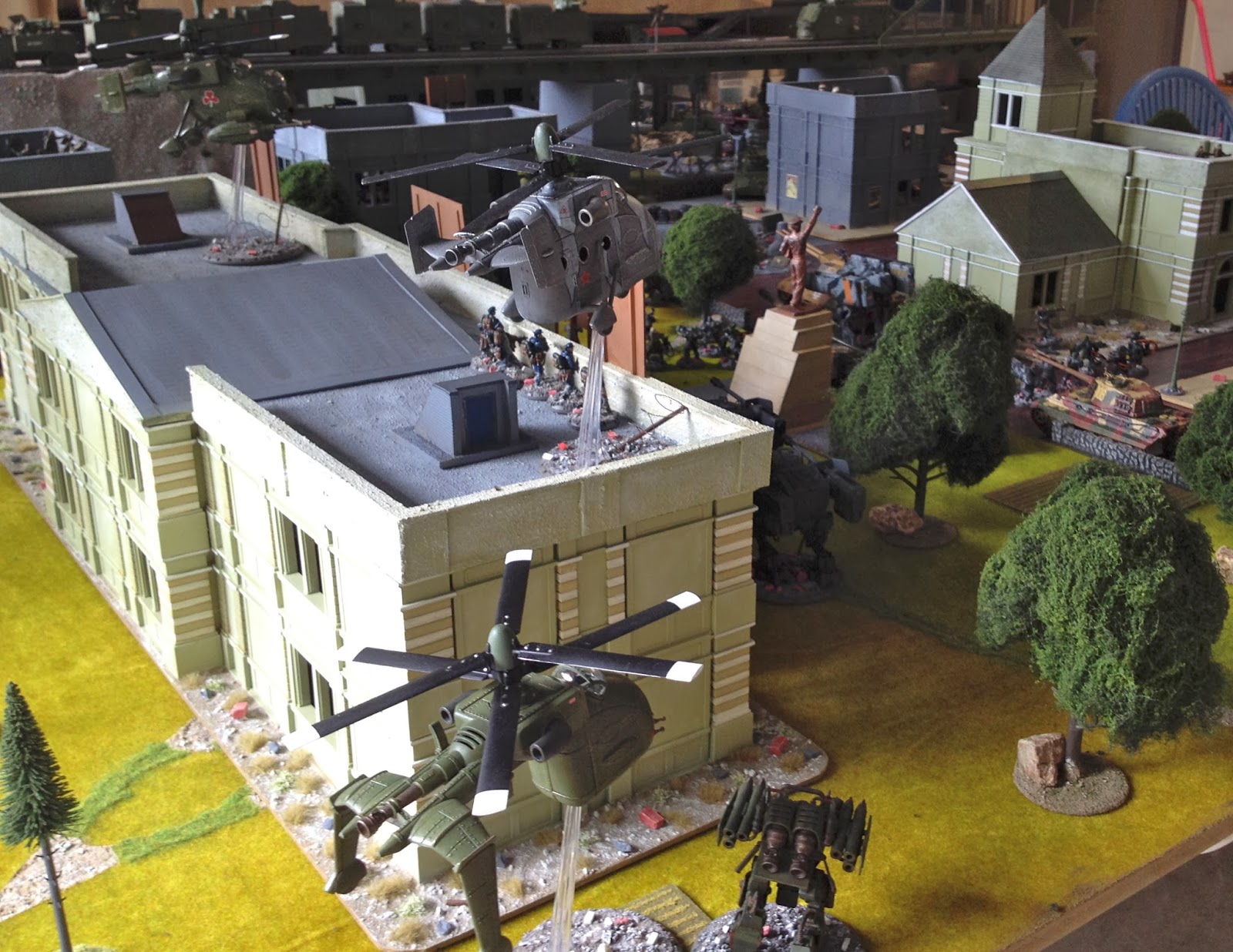 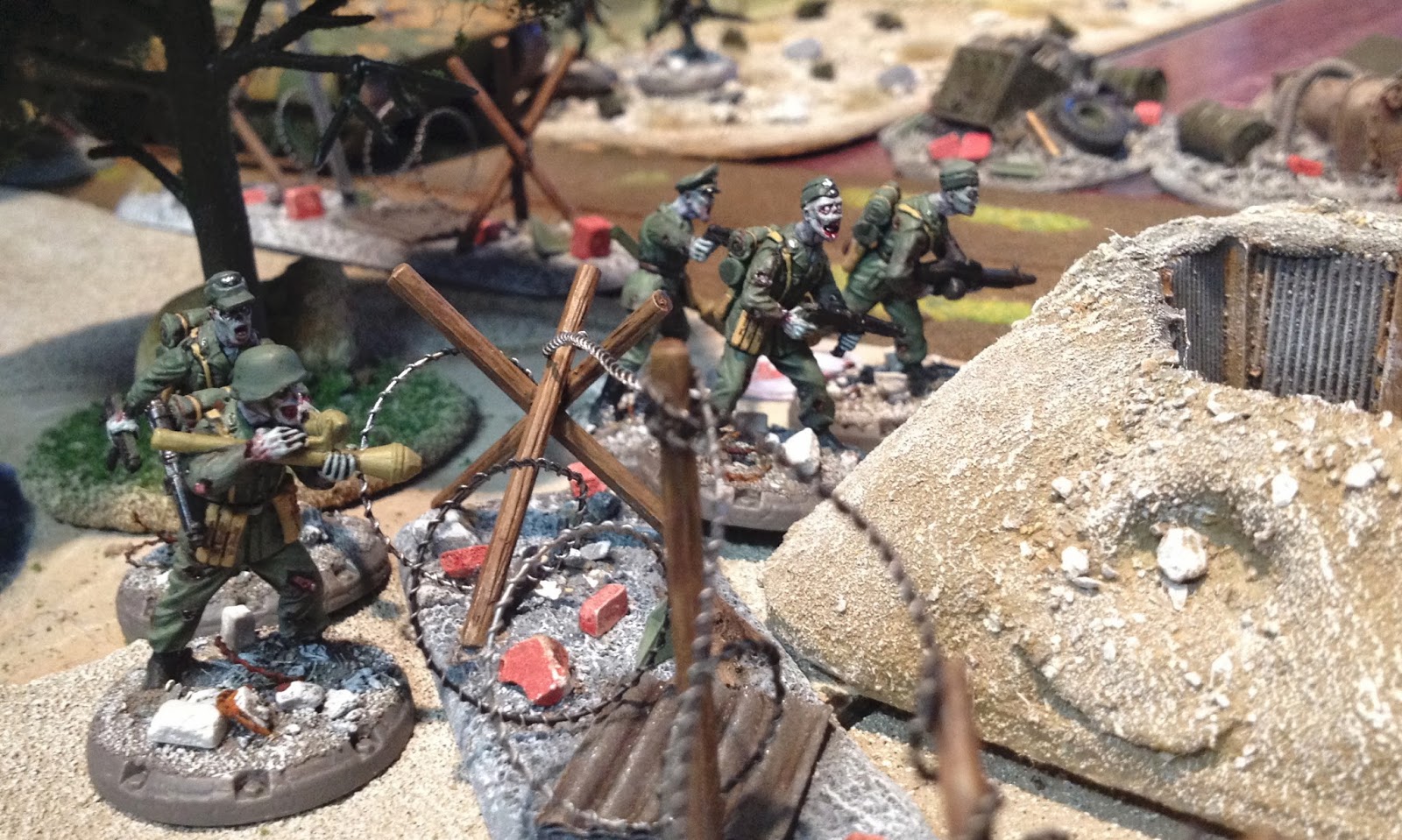 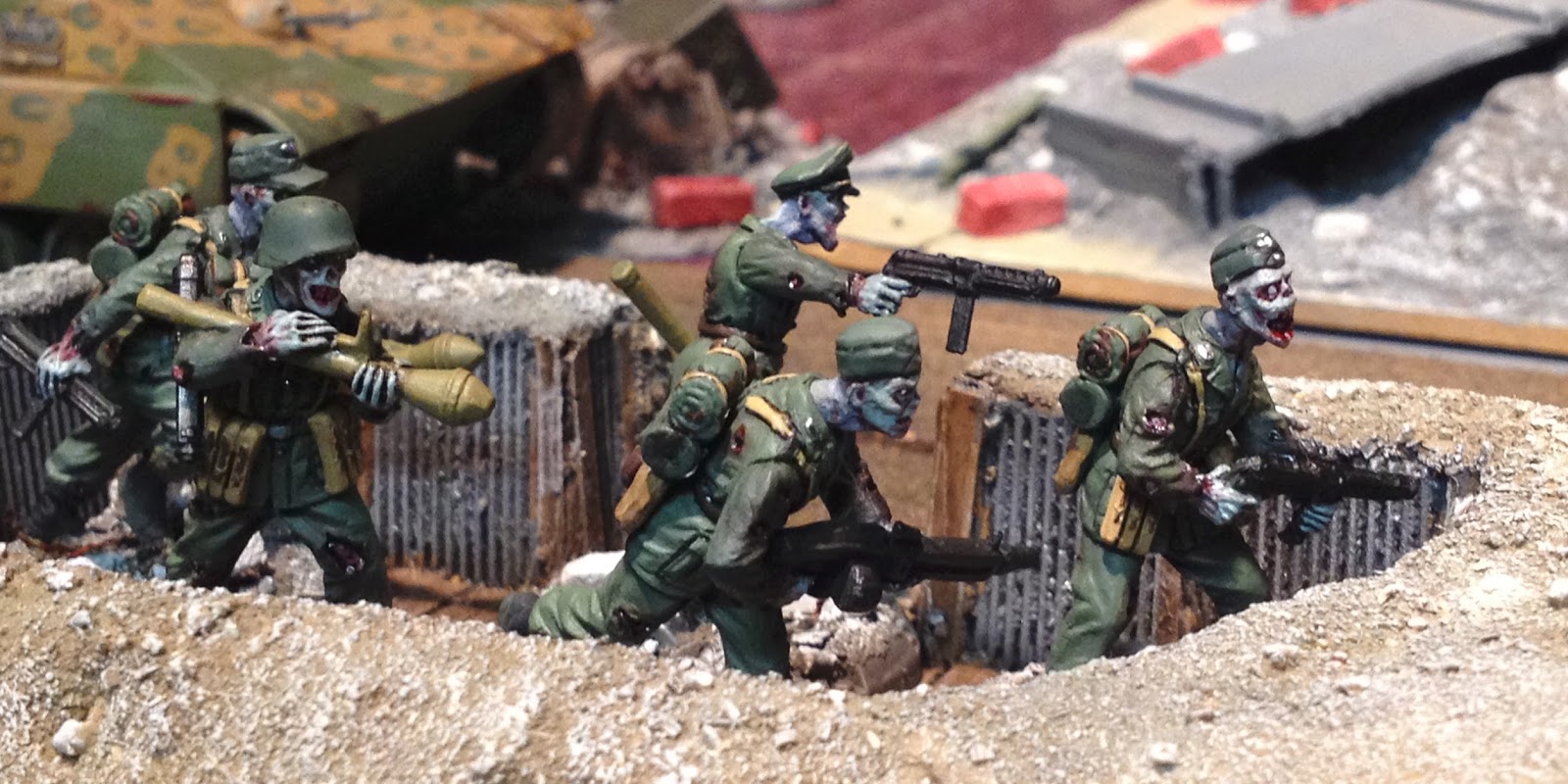