Finally Victor Perry and EBob have finished the greens for this great new range of ACW figures for Adventure Miniatures Australia. The range will consist of five command (1 x Officer, 1 x SNCO, 1 x Drummer and 2 x Colour Bearers) and five other ranks figures for the famed 14th Brooklyn. There is also talk that Victor may include at some time later a mounted officer and a trumpeter. However until that time it will just be the ten figures you see now. The figures should be ready for release from mid to late April this year, so not long to wait and when released they will be available through Elite Miniatures Australia. 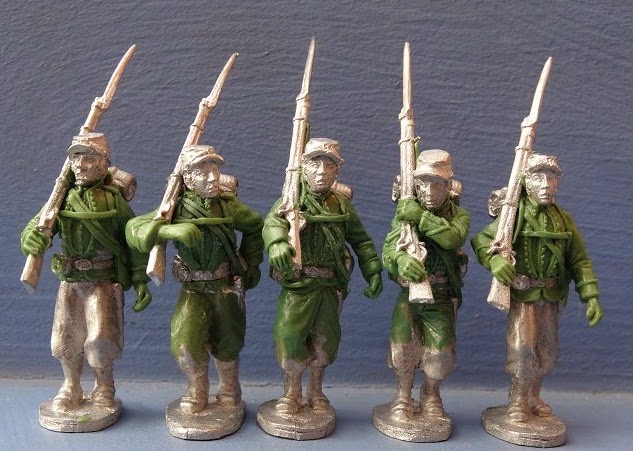 Other ranks – 4 x Privates and one NCO.

The command pack – SGT/STB/Drummer/STB and Off 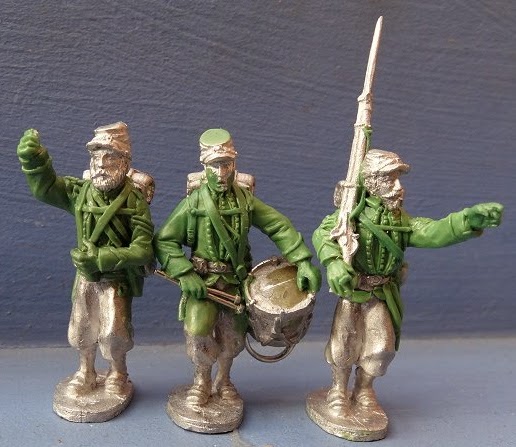 0 thoughts on “Adventure Miniatures – 14th Brooklyn soon to be Released”