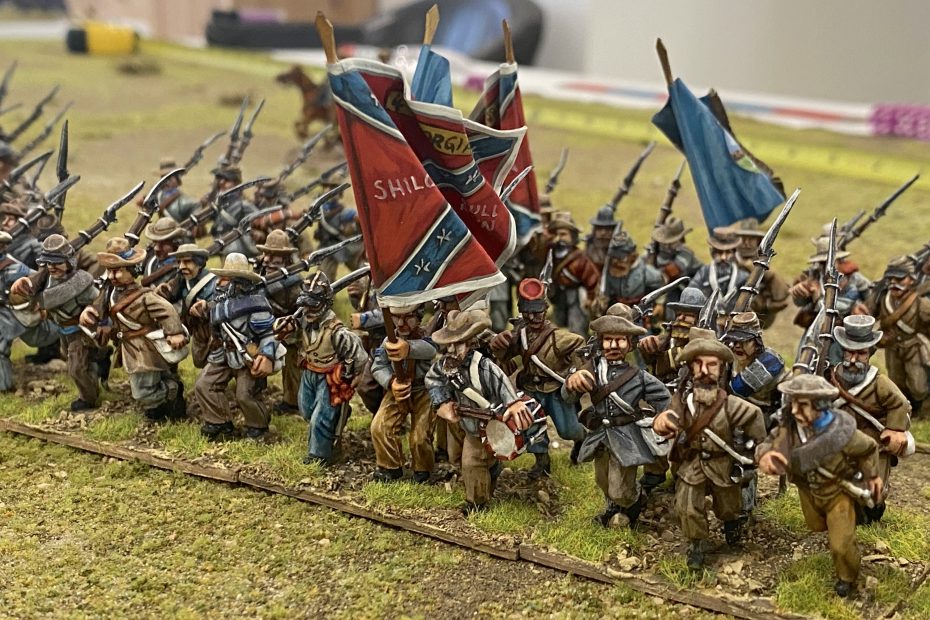 Over the weekend the lads of the Lonely Gamers Club had a great couple of games playing Basic Battles Impetvs using the ACW lists. The rules are as the name states ‘Basic’ and does not quite provide the ACW feel that we are all chasing, however, when you are introducing new players who have played loads of Basic Impetvs or are new to this period then the conversion to Basic Battles allowed for a quicker game and no major introduction to a new set of rules. Good for a quick afternoon game of under two hours. Though if you want to play a bigger game and get the real feel of ACW then I would not suggest using this set. For our afternoon games we had two Confederate players (Brian Buskell and Terry Moran) verses two Union players (David Lowe and Tim Jolly). Both the Union and Confederate sides won and lost a game each but all players enjoyed the afternoon, which is really what you want to get out of a game. The figures are all from John Maguire’s fantastic collect…..thank you John.