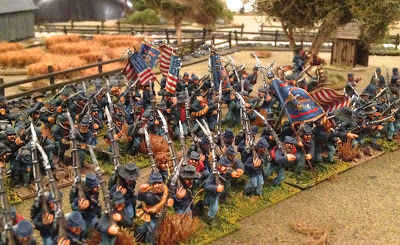 A Skirmish in the Shenandoah Valley

Just thought I would place up a few images from last nights great little ACW game I had with Brian Buskell. It was both our last games for some time. Brian is off to the US with his family for one year and I am back overseas for work. But all good I will be back in four weeks for more gaming. 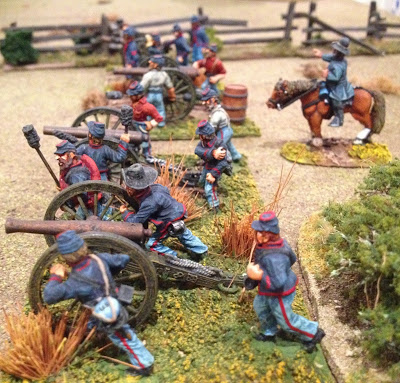 The was no real scenario for the game as I did not really have much time to think of one so I basically set up the table with a town in the middle and we then deployed out troops. Both sides had a division of troops each, or three brigades of infantry and three batteries of artillery. We could have two brigades deployed on the first turn and then on the second turn of played we were allowed to stat rolling for our reserve brigade. To win the game the winning side had to hold three sections of the town (out of four) 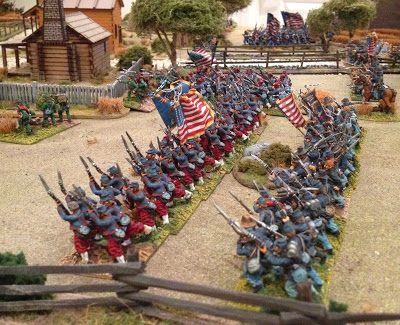 Our game lasted six turns (using the Fortune & Glory rule system for fast play) and I unfortunately never got my reserve brigade of four regiments and a battery on the table…Brain’s reserves arrived on the third turn. However even though I remained out numbered I finally managed (after losing the town three times) to regain two sections of the town and bringing the game to a draw on the last turn. 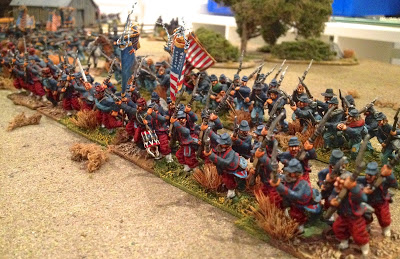 It was a great little game to play on a Friday night and I think only took just over two hours to game. We used some great figures from John Maguire’s collection and all the terrain was either scratch built or from 4Ground and AoW collections. 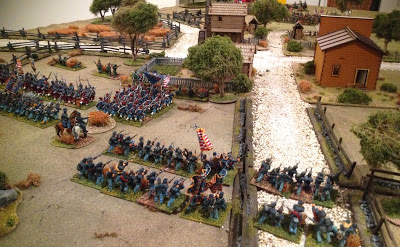 One of Brian’s Federal brigades heading into town 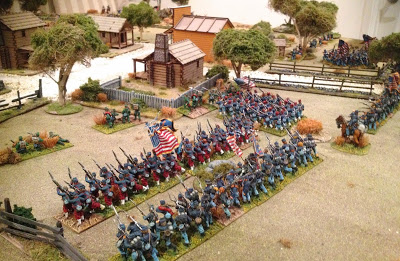 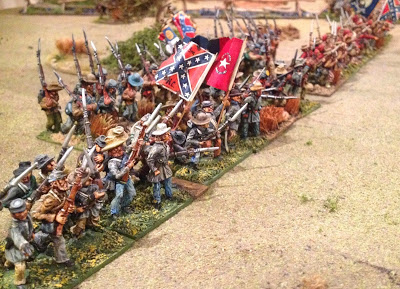 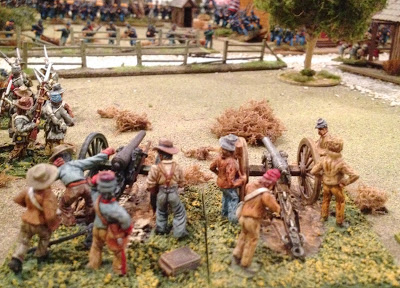 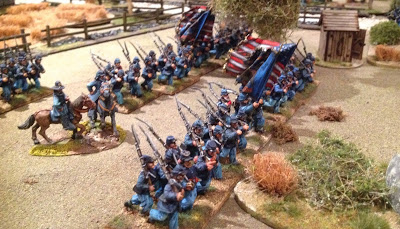 Brian’s second brigade advances on the right side of the town. 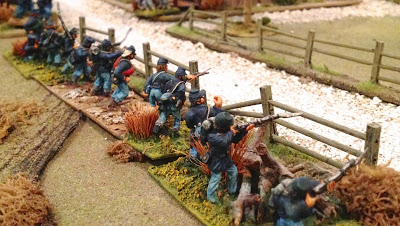 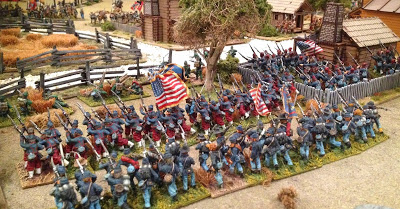 The first town section is easily captured by Federal troops 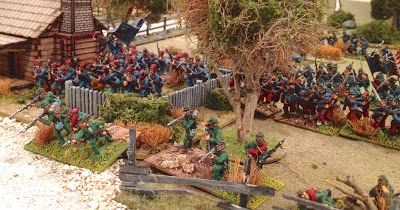 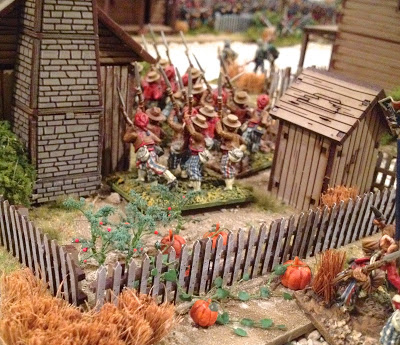 And the Confederates take the other half of the town….and grab a few pumpkins as they pass by. 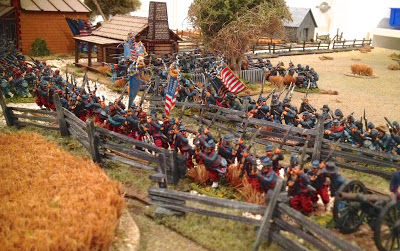 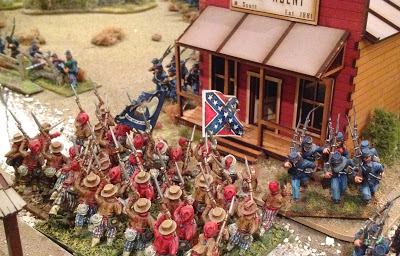 The Tigers charge a Federal held town section….only to be attacked and pushed back on the next turn 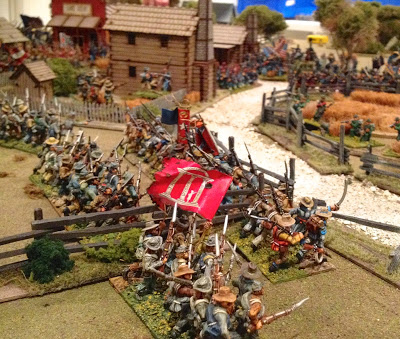 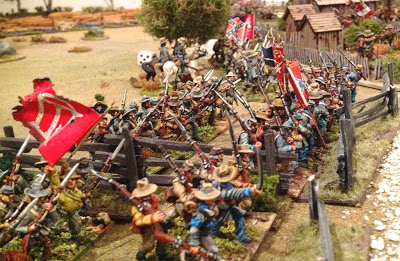 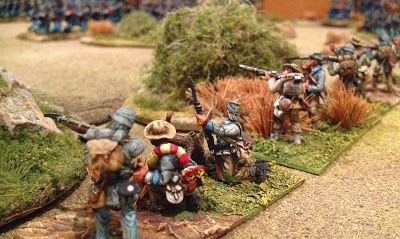 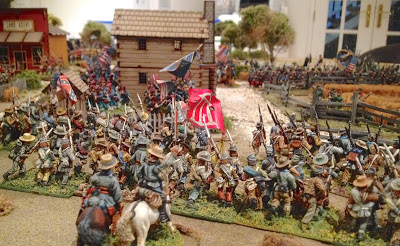 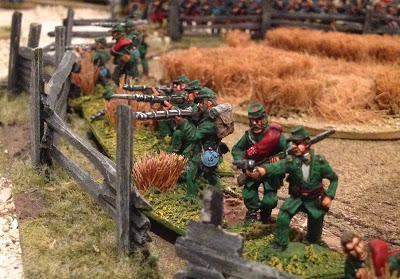 Those damned Berdan Sharpshooters put up a terrific fire 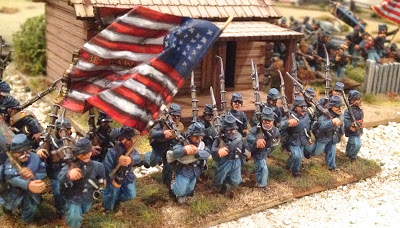 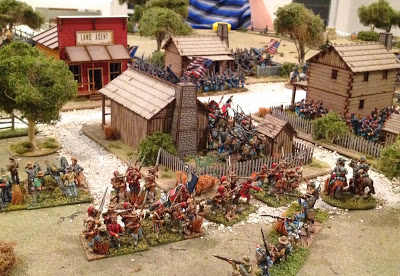 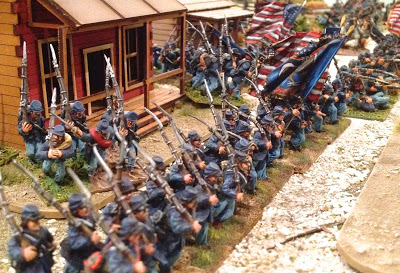 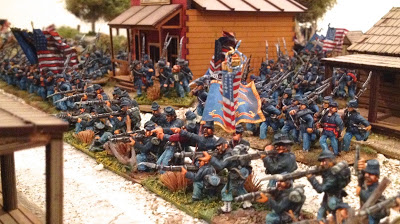 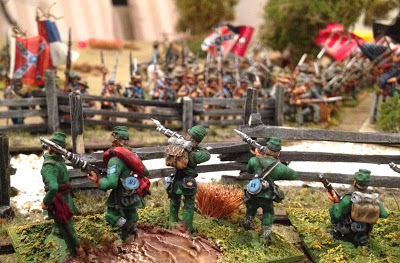 The Berdan Sharpshooters engage rebel troops behind the rail fence 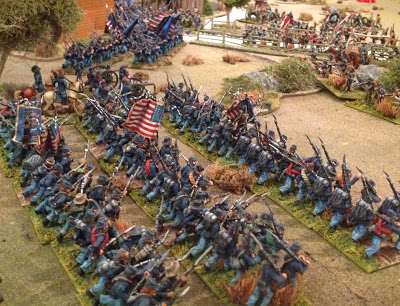 Ans here they come…but a little too late, prefect lines of Federal troops advance towards the rebel left flank in hope of gaining the rear of the Confederate line 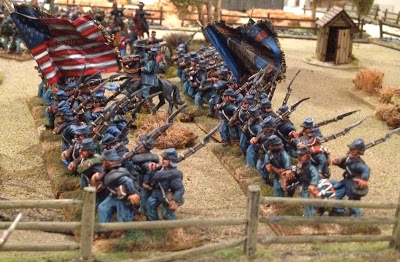 But the battle is soon over with both sides holding two sections of the town each the game in a draw. 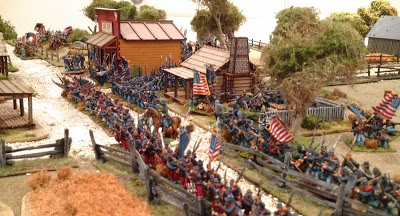 0 thoughts on “A Skirmish in the Shenandoah Valley”