Last week after playing a few games with the lads I was inspired to put together a couple of buildings for our next ACW game. So the next day myself and Dave Lowe sat down with a bottle of PVA glue and a good cup of coffee and strapped ourselves in for a couple of hours of sticky fingers and a little frustration. All good though as the building we finally put together were the very nice 4Ground buildings from their American Legends range. Once we both built our respected buildings Dave went on to build the ‘Thunder Boxes’ – outside toilets – and I continued with the fences and bases. 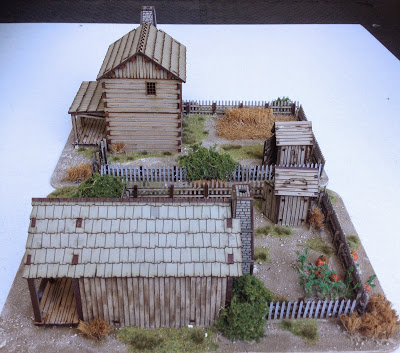 As we have all found out when building the 4Ground buildings there are a lot of fiddly little pieces, which can break easily if not correctly removed or placed with patience…I did manage to break one small piece. However we were very happy with the final results.

The buildings themselves do not have much colour, I think as they are representing frontier buildings of plain timber. So when I build up the bases decided to add a little colour by adding some bushes, grass, pumpkins and a few tomatoes plants, which I had found down at the local model railway shop. 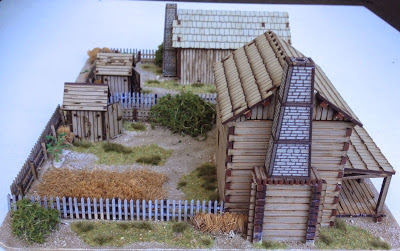 The picket fence is also from the latest 4Ground additions and is the weathered version. I did however add a little more dry brushed white paint just to make them stand out a little. In the end with the completed buildings and bases I was very happy and they will make a fine addition to the ACW table or maybe a game of Dead Man’s Hand. 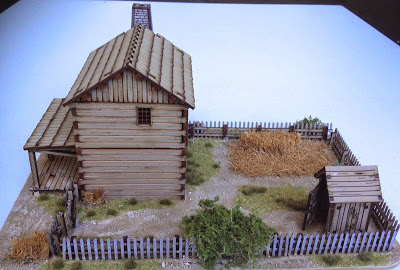 The first building we built was the New England Loft Cabin 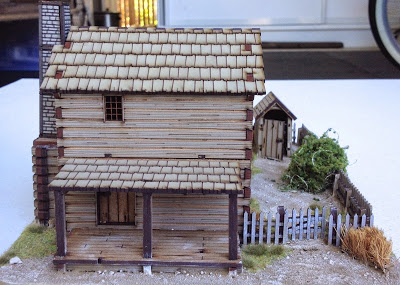 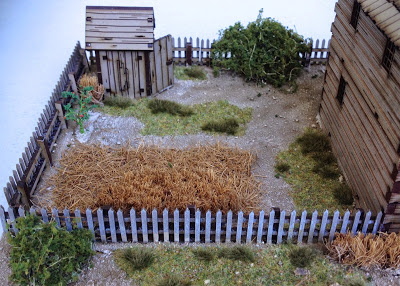 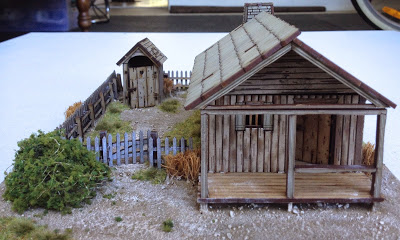 And the second building is the New France Pioneers Cabin 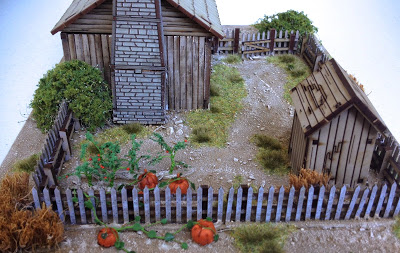