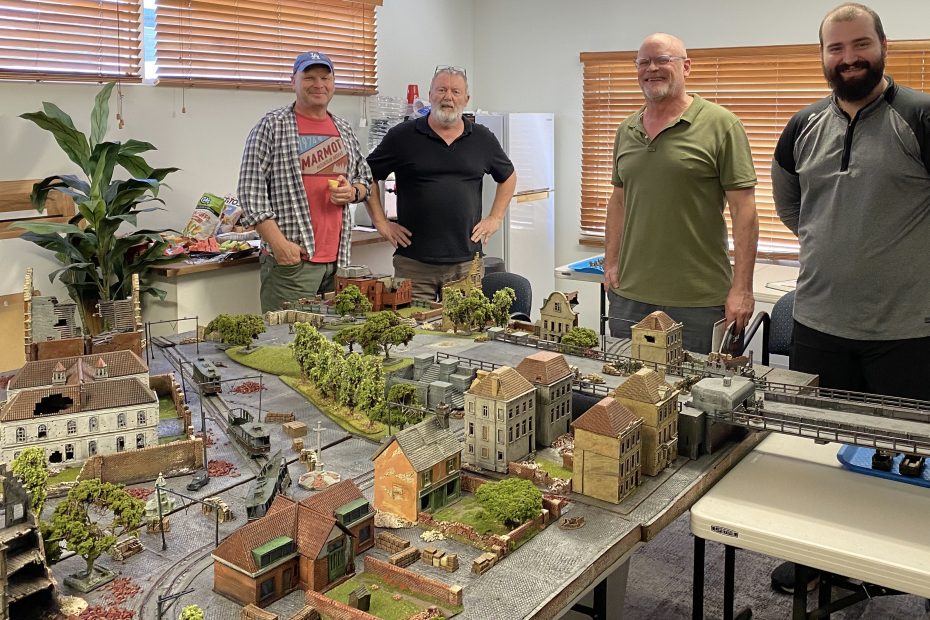 A Bridge to Far

Two weekends ago the Lonely Gamers Club put on several games focusing on ‘The Bridge to Far’. The table was absolutely spectacular and three games were played in an afternoon using the Arnhem Scenario book for Bolt Action.

Harrison Smith and myself as the German commanders were not so lucky…though at times were came close…..well not really we actually got slaughtered trying to push through with our armoured units in the last game.

I think we lost eight of the 12 vehicles on the board. Thanks also to John Maguire being great host, setting up and umpiring the game and for the use of his outstanding collection. Thanks also must go to Lev Vykopal, who has scratch built the entire table…a truly amazing effort.