Ah at last I have been able to get a little bit of painting done for myself before I head off again. So this week I painted eight British lancers for my colonial collection. The lads have been painted as the 21st Lancers for the re-conquest of the Sudan ( a liitle battle we are playing tonight), but they will most likely also see a fair bit of action on the North West Frontier and in ‘The Great Boer War’. The figures are from the very nice Old Glory Miniatures Colonial British range and can be found in the 2nd Boer War section. Either way lancers can be quite scary on the tabletop and I gather when they go up against the Boers they will most likely be the priority target. 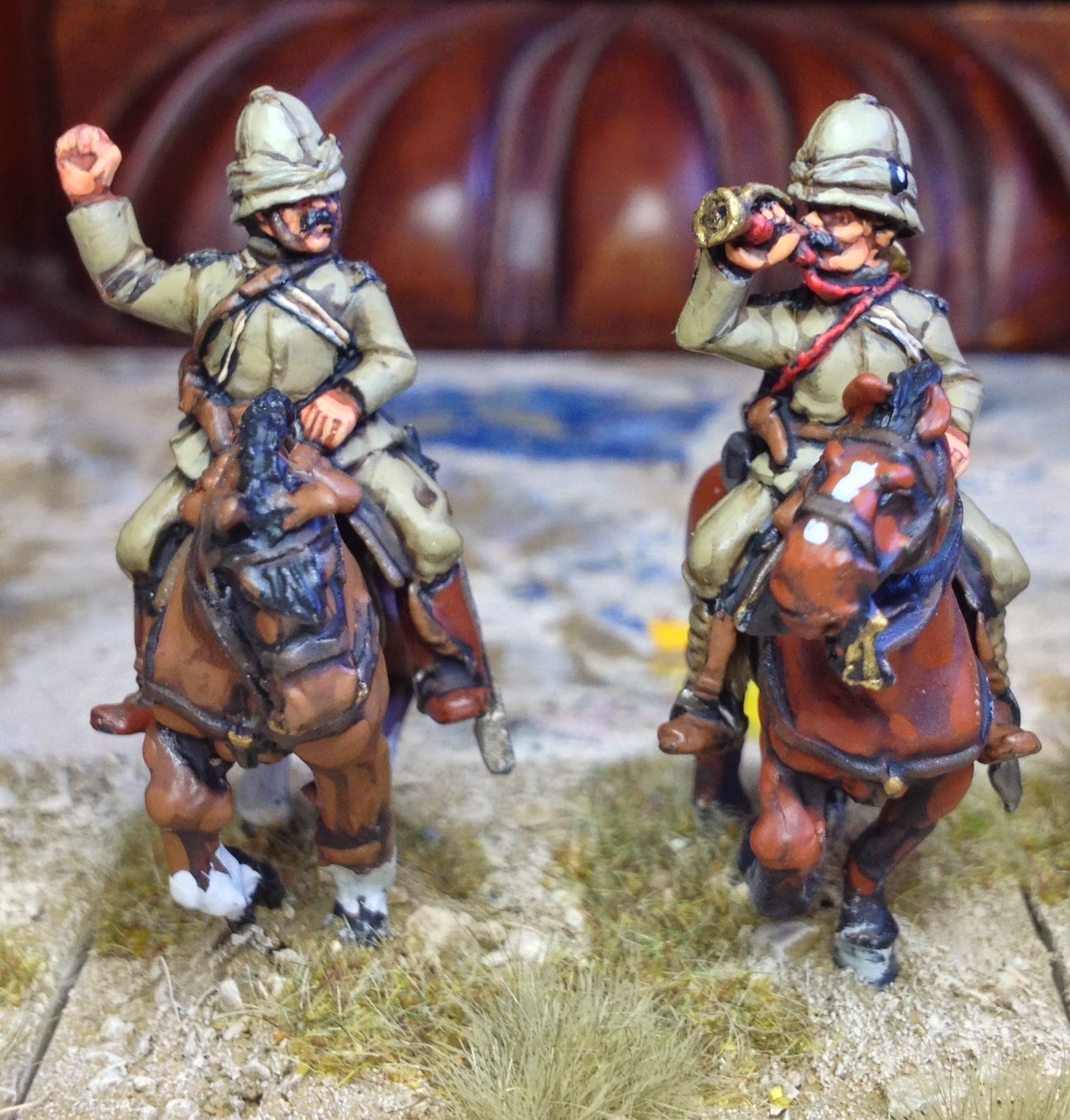 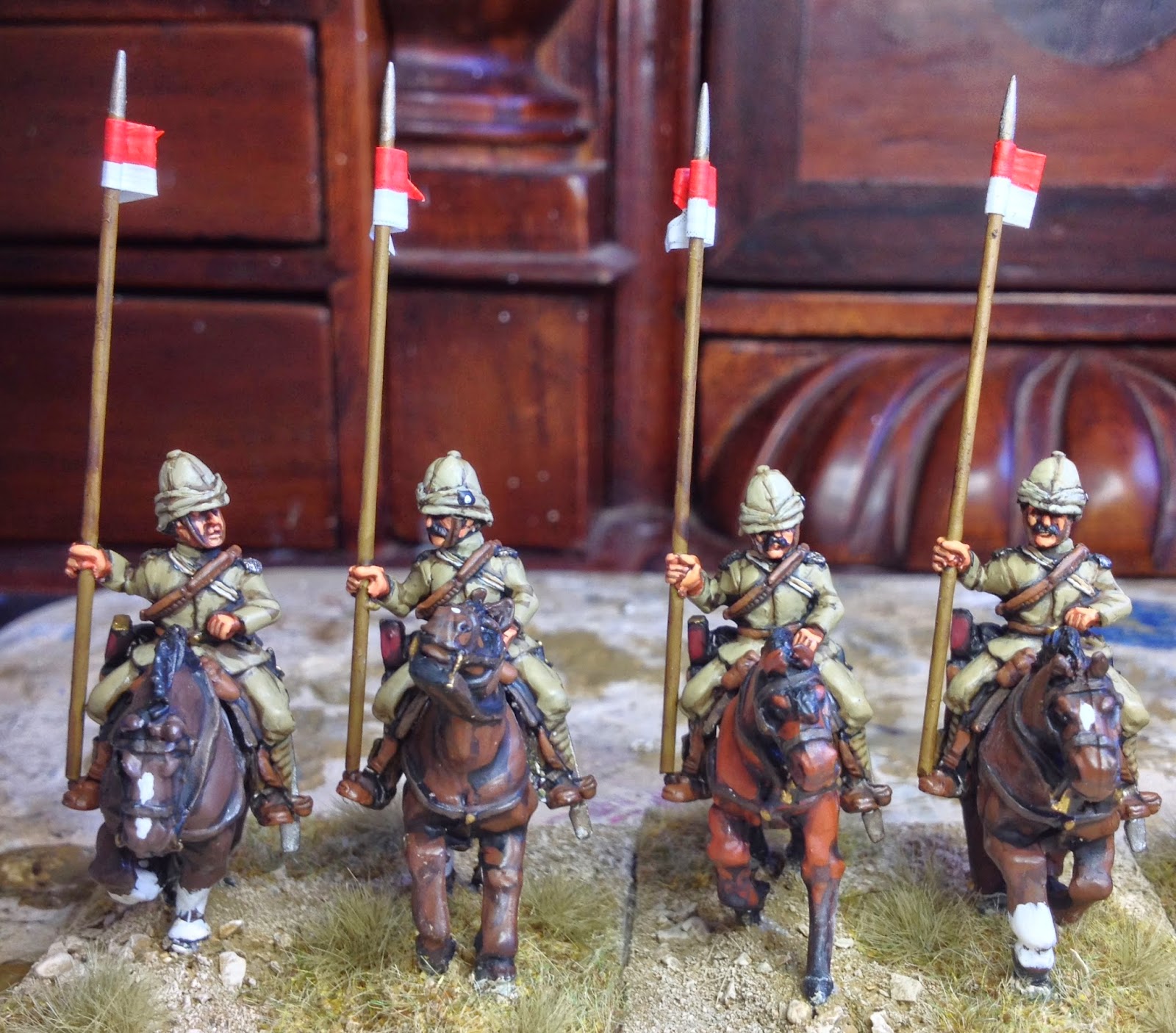 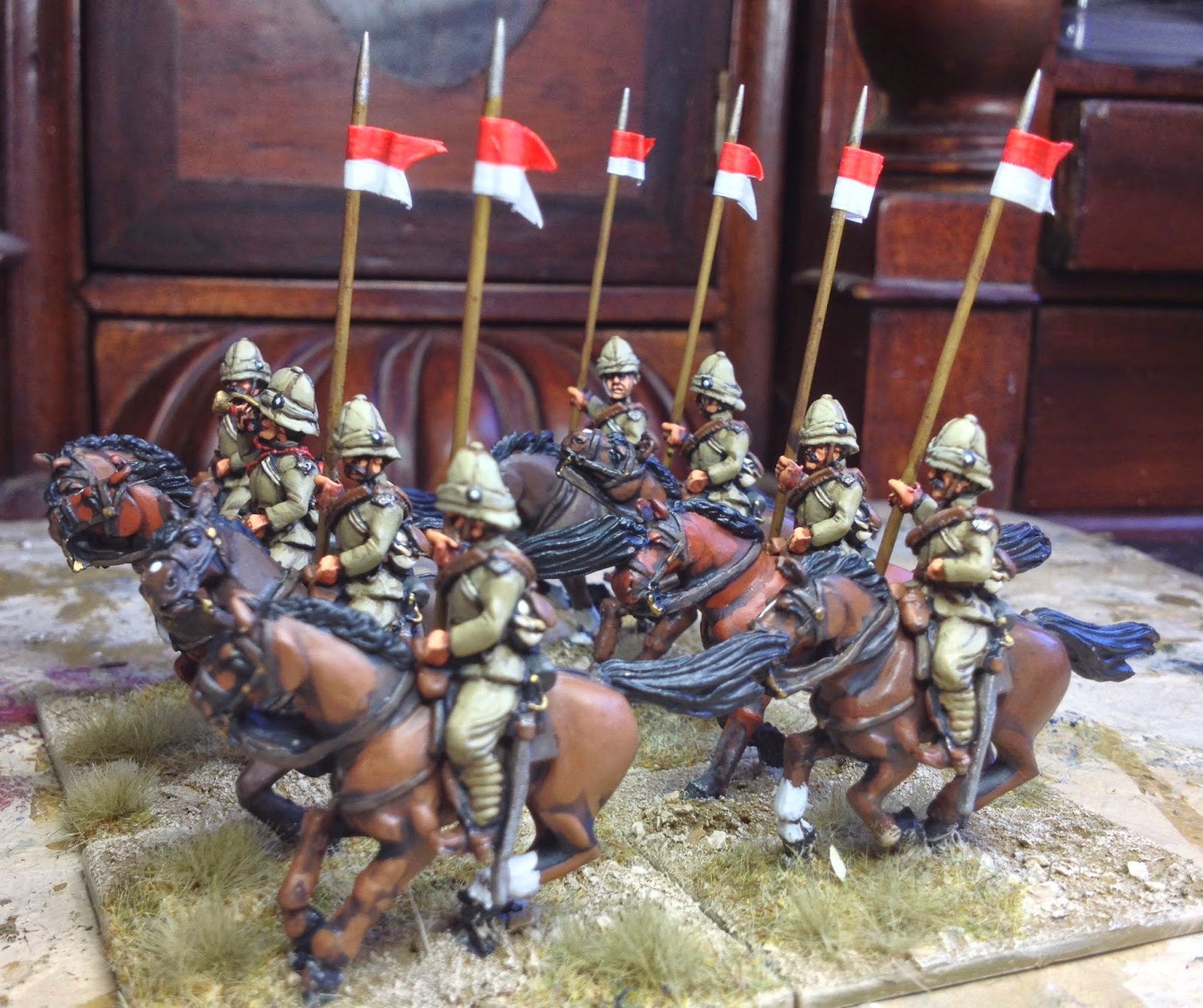 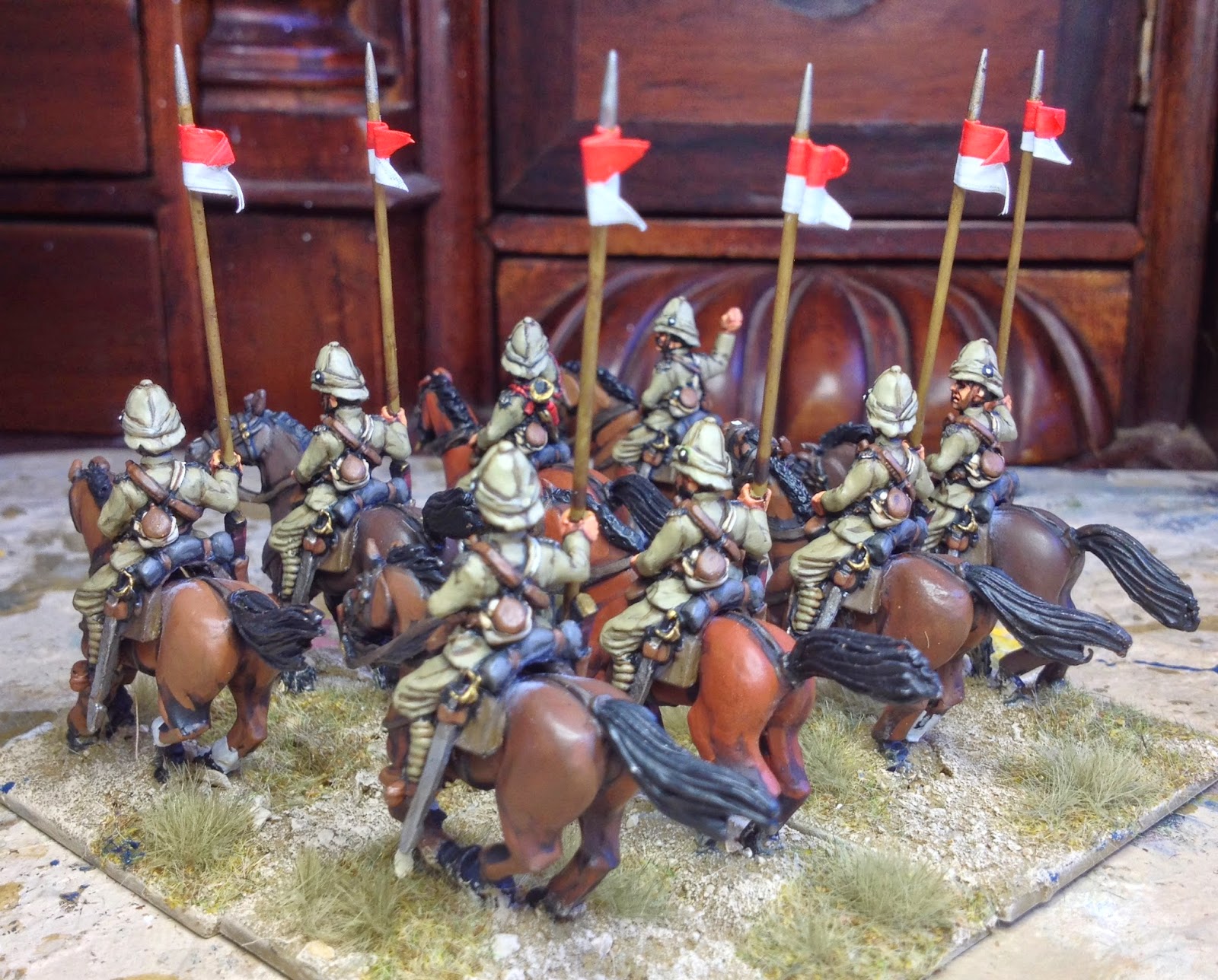 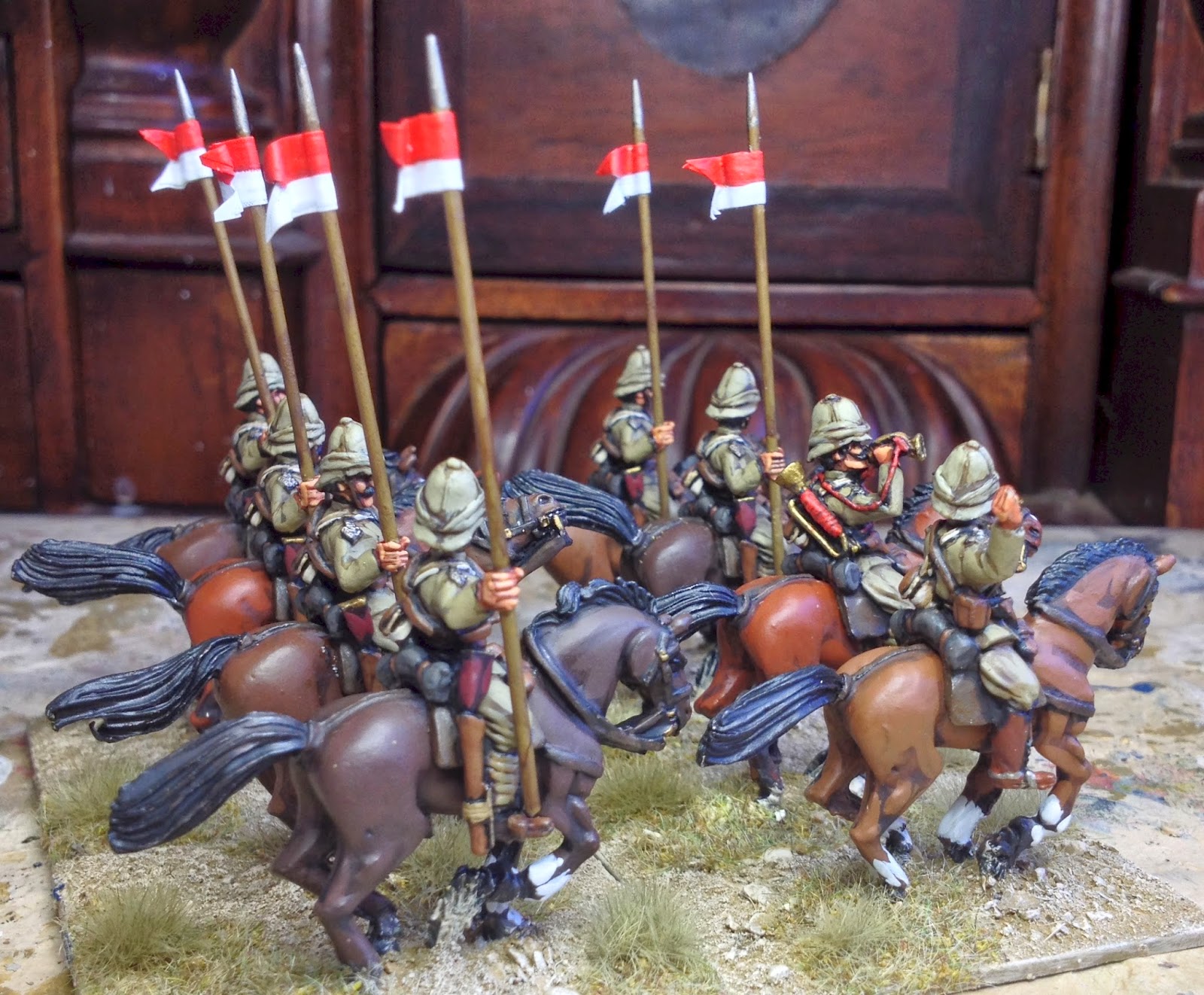 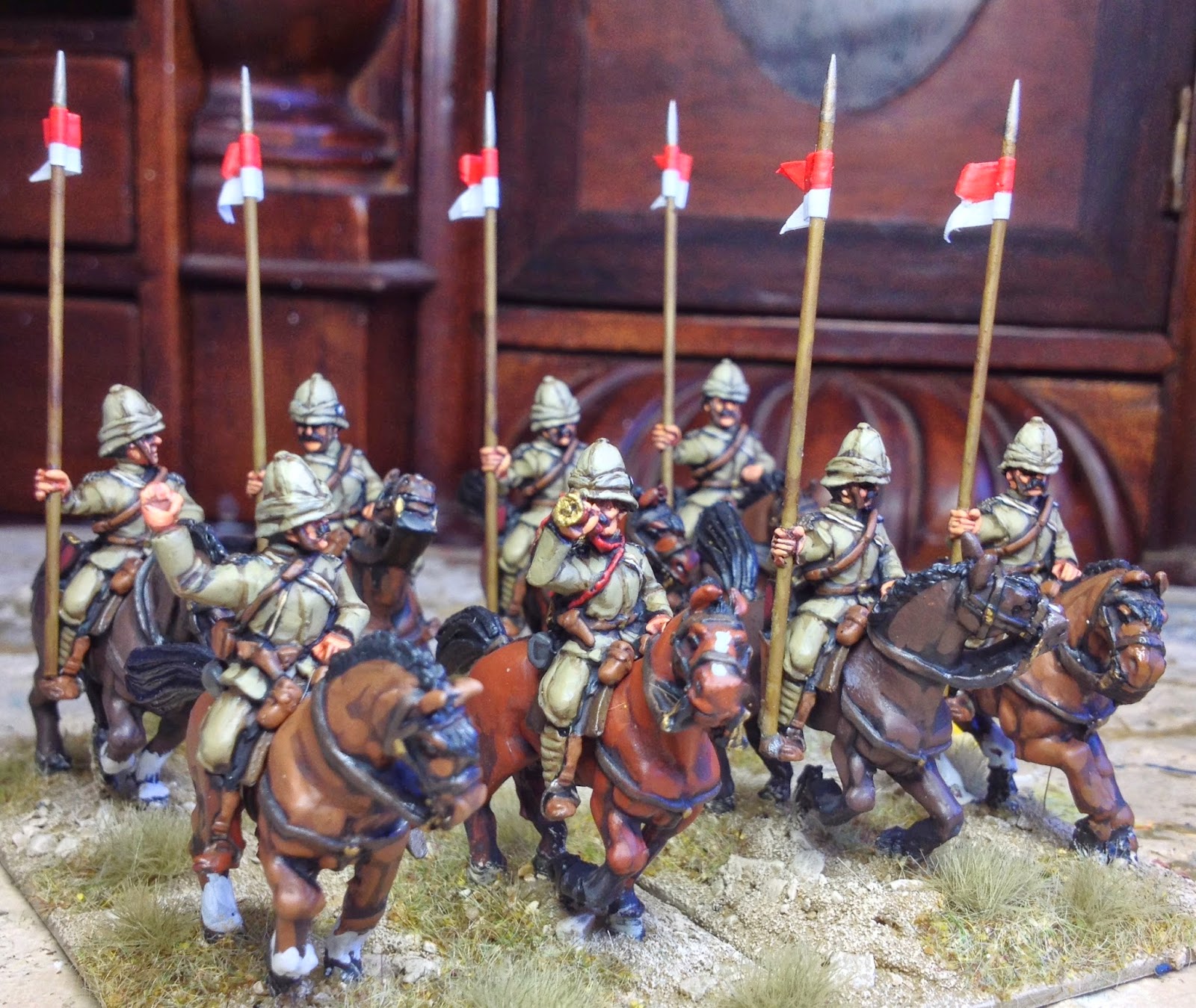