Adventure Miniatures Australia has just released their first, of hopefully many, new blisters. The first two are for the 14th Regt. New York State Militia, which were designed by Ebob, in the UK. It has unfortunately taken Victor a number of months to find someone in Australia to put these fine lads in a   mould and ready for distribution. Both packs contain six figures and in the first, the command pack, you receive 1 x Officer, 2 x Standard Bearers, 1 x Drummer and 2 x NCO’s (picture above). The second pack contains six figures of different poses. The packs will retail for $15.00 Aust each, which works at $2.50 per figure and are now available from Elite Miniatures Australia:
http://www.eliteminiaturesaustralia.net/Adventure-Miniatures-ACW-Range.html 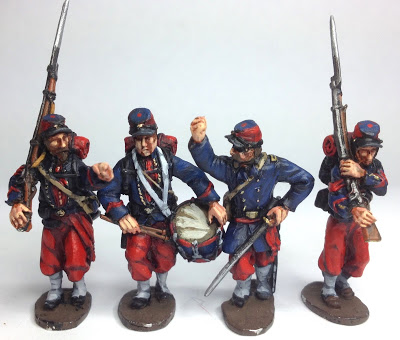 Another look at the command pack but without the standard bearers. 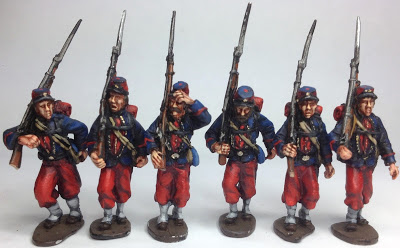 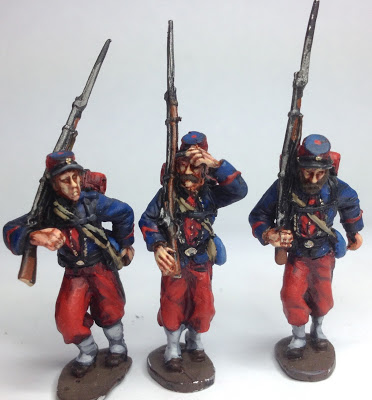 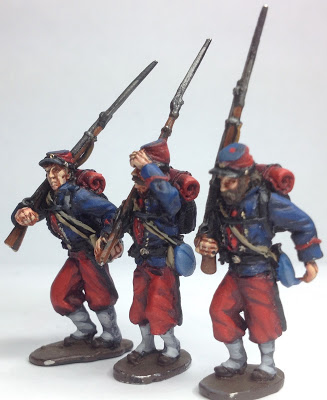 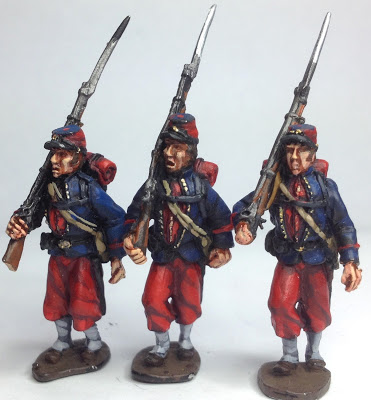 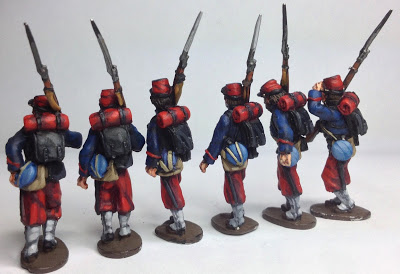 The rear shot of the riflemen 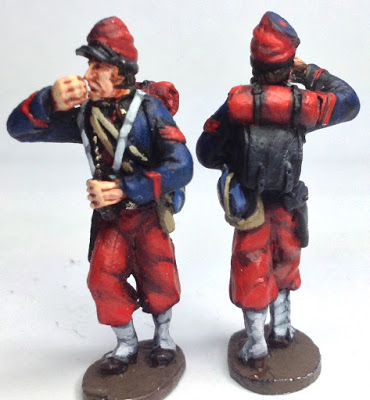